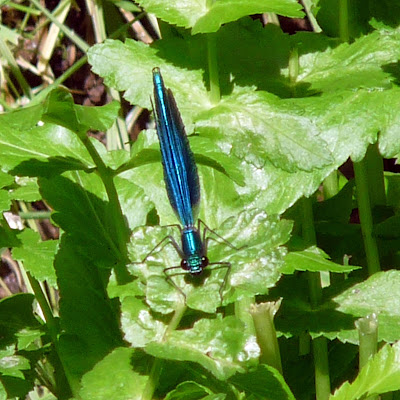 I finally saw my first Demoiselle of 2013 yesterday at Snape Maltings. It caught me by surprise as it rose above the reedbeds, and I failed to catch it on camera. This is a (male) Beautiful Demoiselle, rather than a Banded one ... and it even features on a new postage stamp from Jersey!

The photos in this post were taken on a previous occasion, but Demoiselles - a kind of Damselfly - are so particularly striking with their iridescent colours that I thought a picture would be good.

I saw my first Demoiselle of 2010 on 12 June, so this gives an indication that summer is late this year ... but if you live in the UK, you don't need me to tell you this (how strange to be writing these words on what is officially the hottest day of the year!). In 2011 I spotted Demoiselles on 23 May. I have a feeling I may not have seen any in 2012: perhaps we were just too busy settling into our new home. 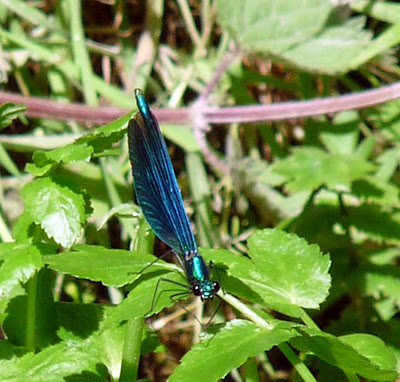