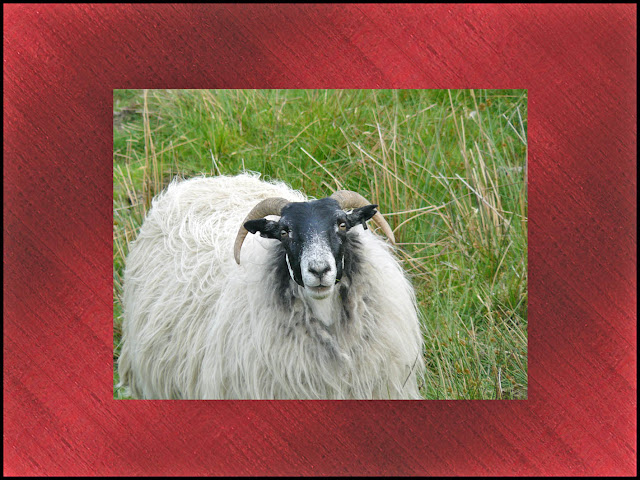 This time last year I posted a photo of the NT Sutton Hoo Shepherd's Hut.

I have seen a couple more of these mobile shelters this year,
and thought I might share them with you.

David Morris has written a delightful book on the subject
entitled Shepherds' Huts and Living Vans. 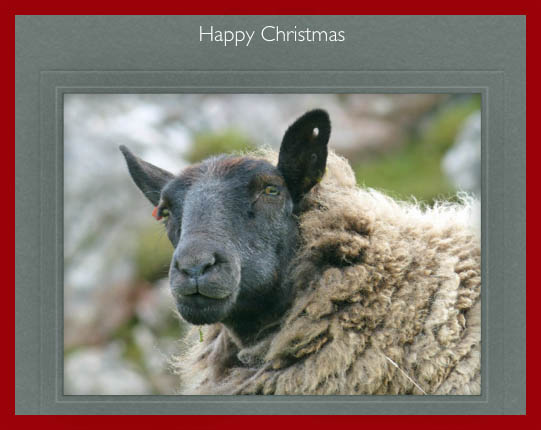 'While shepherds watched
Their flocks by night
All seated on the ground
The angel of the Lord came down
And glory shone around ...'

Of Swallows and Saharan Dust ... (in December?)


I read a warning this morning about potentially toxic dust from the Sahara that may cross our paths tomorrow here in parts of the UK. A number of newspapers were running the story, but we failed to find any mention of the anticipated scenario on the weather forecast.

I was just beginning to think that I must have got the wrong end of the stick when I finally tracked down (a version of) the report on the Met Office News Blog here.

It seems that, desert dust apart, we are in for some unusually mild weather for the time of year in the next few days. And to add to my seasonal confusion, guess who turned up at RSPB Minsmere today ... a Swallow!

I remain unsure about the weather for tomorrow (Thursday 17 December) in the UK; but just to be on the safe side, you might care to take a look at the following, particularly if you have a health condition that could be affected by unusual dust ...

Welcome to my Tree Following post for November and early December.

These tree posts form part of a wider project initiated by Lucy Corrander from the Loose and Leafy blog and continued by Pat at The Squirrelbasket. May I express my thanks to you both.

I am based in Suffolk, UK, where I am following an Acer negundo (aka a Box-leaf Maple). I am also continuing to keep an eye on my Silver birch, B. pendula.

You will find the other Tree Follower links by clicking the Mr Linky link here ... so do take the chance to have a look!


What a change there has been in the weather since my last post. The evenings have drawn in and the mornings are dark as well. Here in these eastern extremities we have had our first hint of snow. Others in the north-west of the UK have had devastating floods, and my heart goes out to them.

It seems important to round up my Tree Following year, so this post will largely consist of a list (no surprises here!). I have particularly enjoyed using my trees as the focus for the ecosystems in my garden. It is not possible, of course, to link all sightings directly to the trees, but many other living things have definitely been living their lives around my arboreal neighbours in some way or another, often on account of sap, shade, root systems, seeds, leaves and perches.

The most active creature on the Silver Birch this morning is the Grey Squirrel, who is stocking up on berry-impregnated bird food. 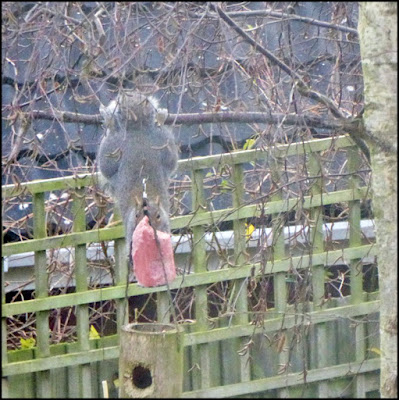 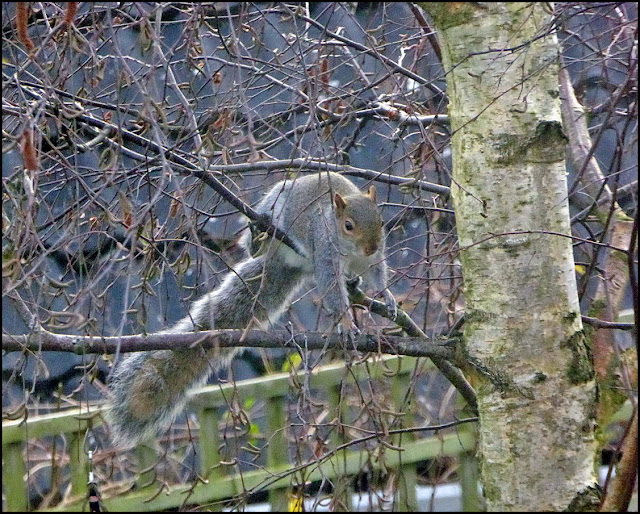 Both the Acer negundo and the Silver Birch are devoid of leaves as you can see. The Silver Birch is full of tight catkins, a reminder that we will soon be past the shortest day here in the UK.


(Largely) Silver Birch Sighting Update
The few Acer negundo entries have been marked as such.


No new bird species this month.