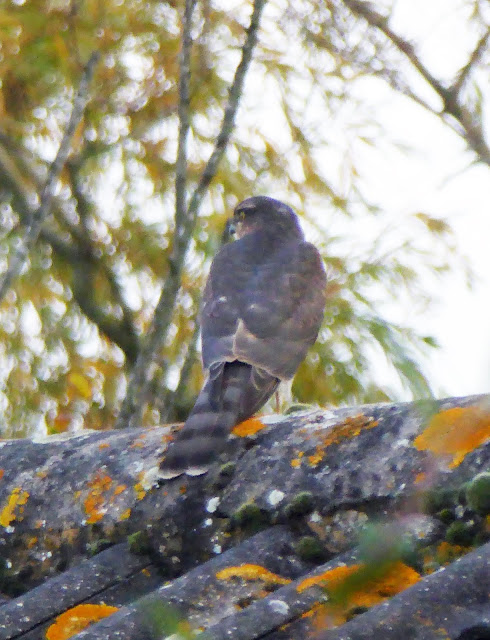 I think the Sparrowhawk is probably a bit like a certain savoury spread in the sense that it is either a bird you like to have around or one whose presence makes you shudder. I certainly veer towards the latter camp, while realising that all birds need to feed if they are to survive and reproduce.

We have Sparrowhawks in the garden from time to time, and this majestic creature appeared a week ago. My photo (through double-glazing) leaves a lot to be desired, but that piercing yellow eye seems to say it all. There are, of course, no vulnerable fledglings out and about at present; but a Sparrowhawk has to feed all year round, and I shudder for the small birds who visit our coconuts.

Common Crossbill on an Autumn Afternoon 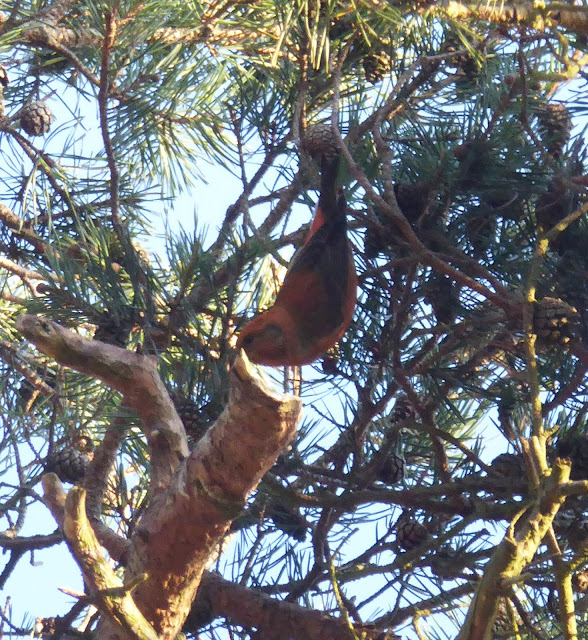 We were not far from the car when a birder hailed us, telling us to look up as there was a small flock of Crossbills in a tall pine tree. The Common Crossbill is a bird I have long wanted to see so I cricked my neck and waited for a flicker of movement in the high branches. 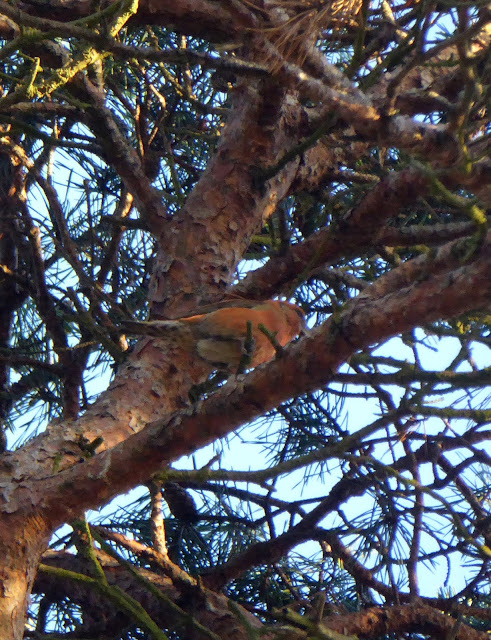 It was not long before I spotted a male... 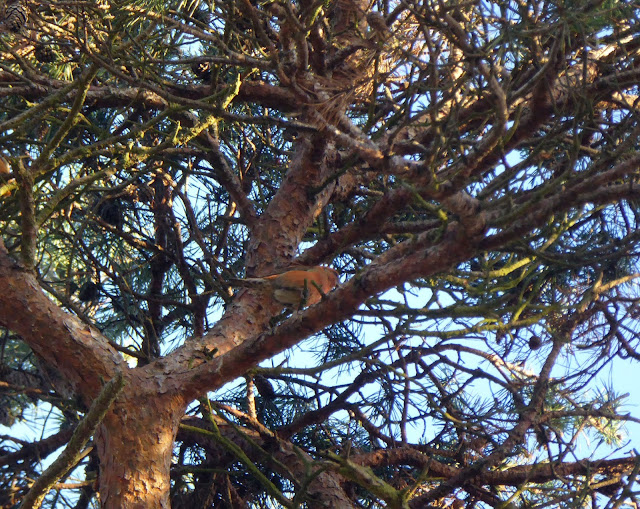 ...with his burnt-orange feathers. 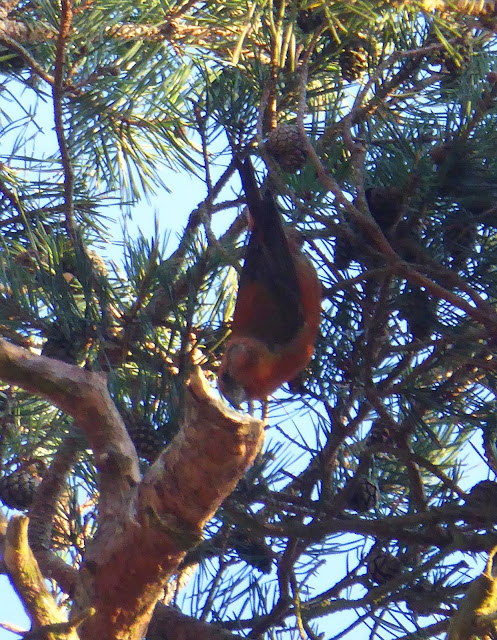 I particularly wanted to capture the distinctive cross-over bill on my photo, and despite the distance and poor light, you can just about make it out in the photo above. 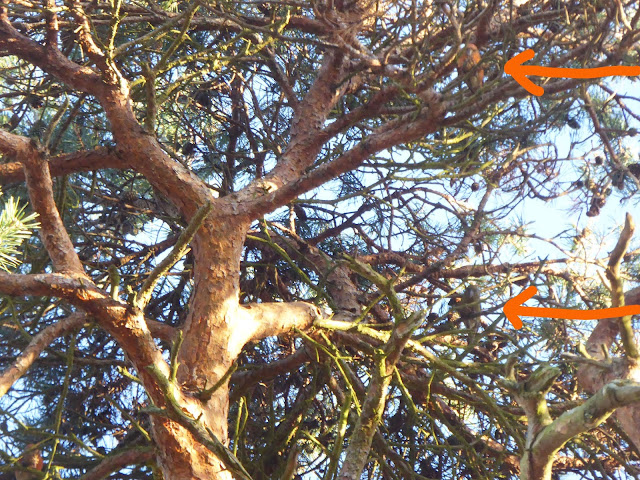 The kind birder mentioned that there had been a flock, and while we only saw three in total ourselves, it was not long before I noticed the female with her green plumage. You can see her at the end of the lower arrow in the photo above. I always enjoy seeing a new species, and keep hoping the day will come when I happen to be in the same place as a Hoopoe, but a surprise encounter, like this one with the Crossbills, is always a particular joy. Our friend told us there were also Redpolls about but we failed to see them. 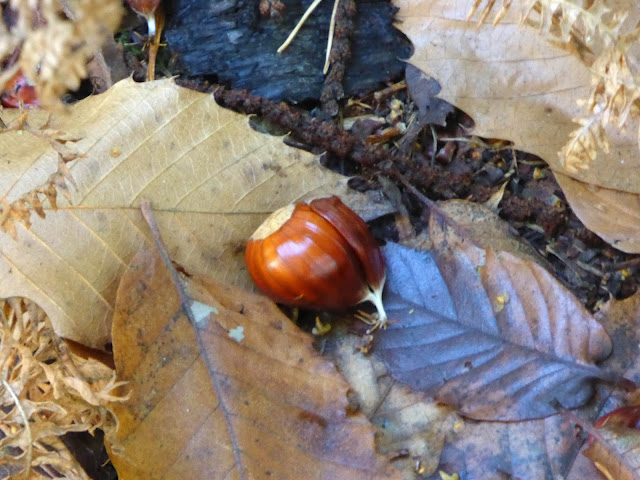 The area in question has mixed swathes of woodland, and in the deciduous areas, there were plenty of chestnuts on the ground ... 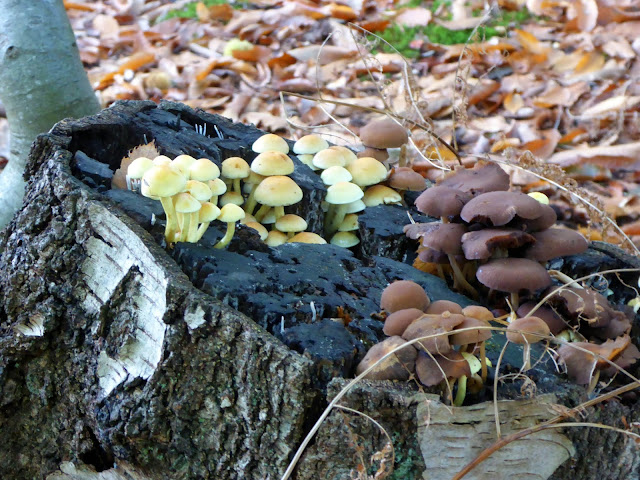 ... and a good selection of fungi. 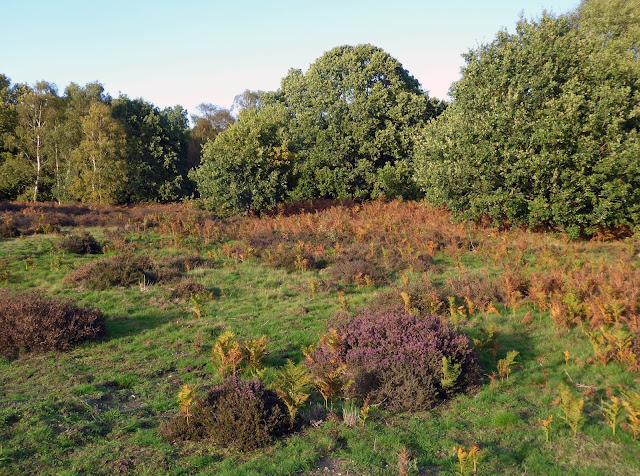 Most fronds of bracken have taken on that beautiful bronze hue of autumn. 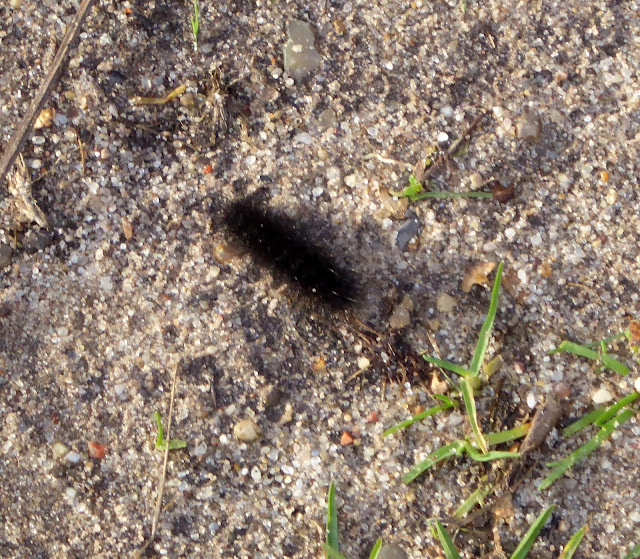 We noticed one small moth larva on the sandy soil. Autumn is not my favourite season, but I do particularly like the display of red (see below), yellow, brown and orange. 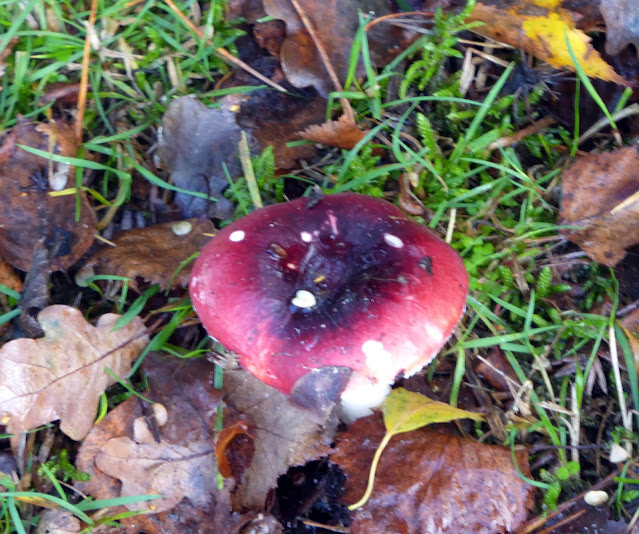 P.S. Apologies if the spacing looks odd on your screen. Since Blogger updated its platform, I have found it hard to use the html option and hard to position pictures evenly within text. 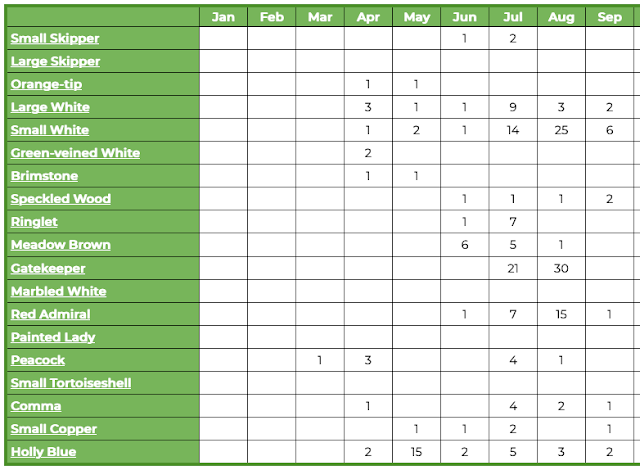 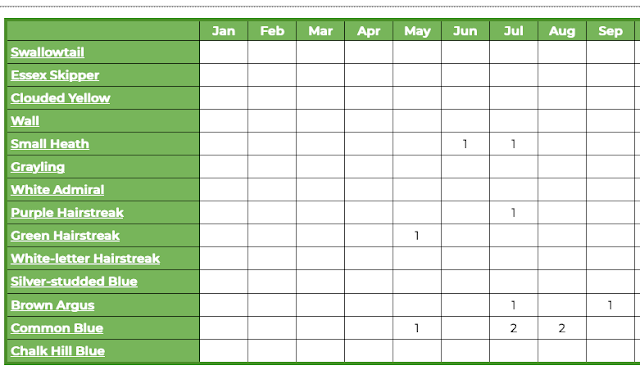 Regular readers of this blog will know that I have been taking part in the Garden Butterfly Survey this year, organised by Butterfly Conservation. Each month I post my sightings. For the purposes of this survey, these represent the highest number of a particular species seen at a time, rather than the total count of that species.
Eight different species were seen, including the Brown Argus, a new butterfly species for the garden this year. Sadly though I failed to see a Small Tortoiseshell here all summer, and I read on the results of the Butterfly Conservation Big Butterfly Count 2020 that records for this beautiful species were down generally by a massive 41%. The weather is currently much cooler, and I wonder how many more 2020 garden sightings I will have...
Posted by Caroline Gill at 22:28 5 comments: