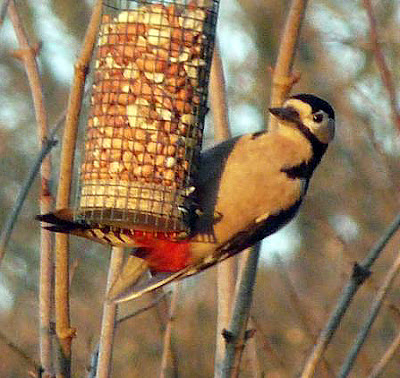 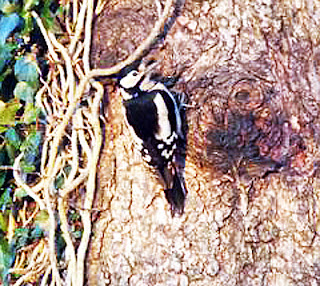 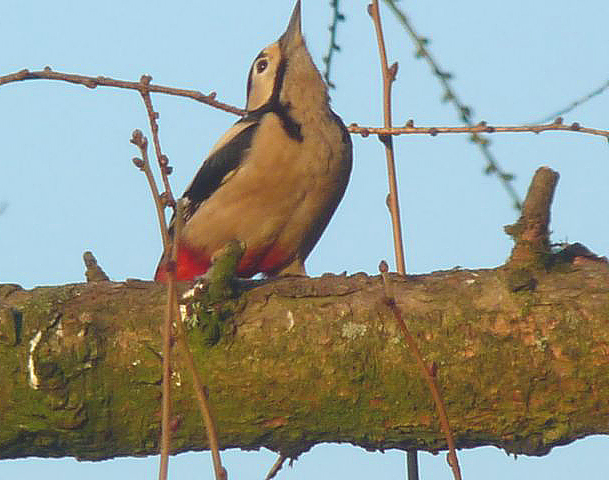 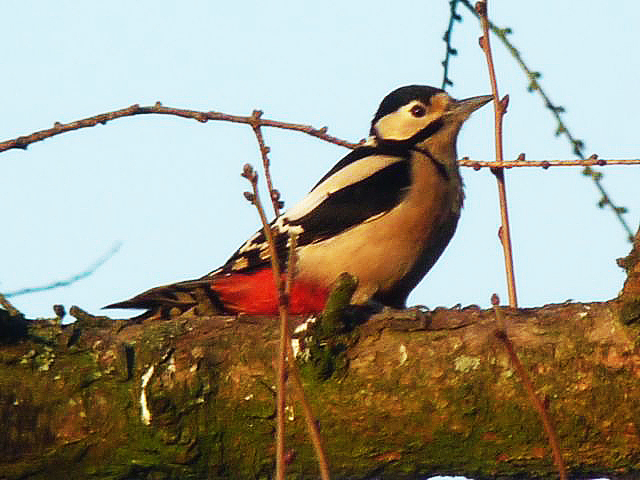 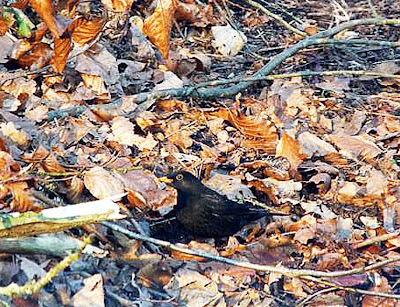 We sat down with mugs of coffee, camera and binoculars in our Swansea home in Wales, UK. The plan was that David would do the 'census' this morning and that I would spend my hour recording birds while we were out (along with representatives from the RSPB) in the National Botanic Garden of Wales this afternoon. The photo from home (below) was taken behind glass.


Birds in our garden were certainly down on last year's count. Perhaps it was just the result of a cold morning (minus 7 degrees Centigrade at 8 am), but I fear it may be a true reflection of the damage wreaked by this unusually harsh winter as a whole.

The results of the survey from our home were as follows:

David also spotted two unidentified birds. The sun was low and right in our faces so it was hard to see some of the birds that flew in. The gulls and pigeons circled round but were not counted as they failed to land until our time was up!

We had high hopes for the afternoon, but were actually very disappointed with our recordings.

In the whole of one hour in the Botanic Garden, I only recorded the following:

To cheer ourselves up after a lean hour in the Botanic Garden (where, to our great delight, we had seen Lesser Redpolls on a previous Big Birdwatch), we drove home via the Larch that I am observing as my part in The Tree Year project. The creatures we saw in the vicinity of this tree will not count for the Birdwatch, but they really lifted our spirits, as you will see if you click to my next post when it is 'up'.

if you live in the UK and have not yet undertaken a bird survey, you might like to visit the RSPB site and have a go before the end of the weekend. Happy sightings!

The Tree Year (1): Introducing the Larch

I have had a tree in mind for a few days, and had the chance to 'visit' it last weekend when we were out and about in Carmarthenshire in South Wales, UK. I have visited this tree many times, but have never studied it in any sense before. Allow me to introduce the LARCH. The pictures below show the trunk and the ivy that is growing up the tree. 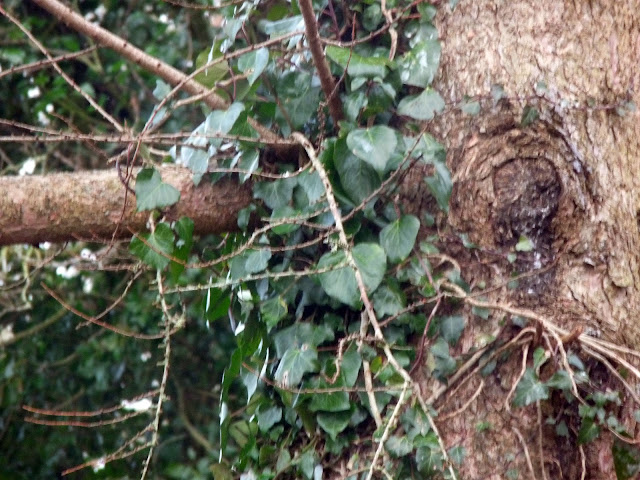 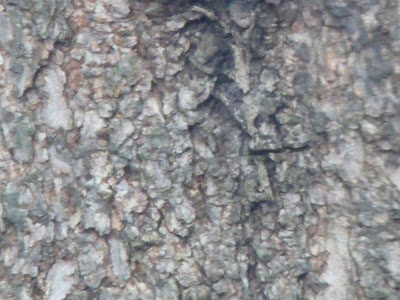 This LARCH probably has tales to tell, and has sustained a few injuries over the years. However, although it looks fairly dead at the moment, Spring usually comes early to South Wales, so I am hoping that there will be signs of new life before long. The tree inhabits a fine landscape of oxbow lakes and castles (Dryslwyn, Dinefwr and Carreg Cennen). The river runs close by, and the wildlife is plentiful. The tree often has feeders hanging from it, and we have seen the following birds in the vicinity . . . so far: 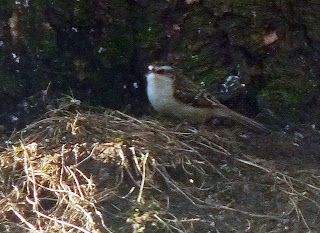 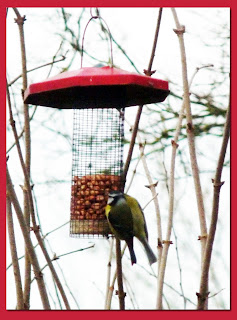 Table for two at the bird feeder! 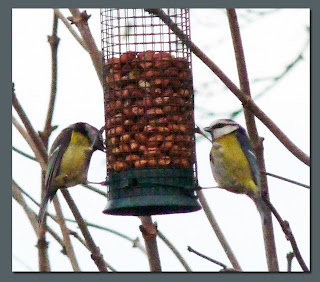 * * *
If you would like to join in with 'The Tree Year' project, please feel free to click on the orange tree badge in the column on the right of this page. I have another tree in mind, too, but meanwhile I look forward to finding out about some of the other 'chosen trees'.


I love a happy ending, but I guess there are times when nature has to take its course. The only consolation is that at least the Coot colony survived intact on this occasion.

'Ugly Duckling' apart, did you know that this group is apparently a 'parcel', a 'Rockerfeller' or a 'stew'? I love collective nouns . . . (though I'm not sure about the stew!).

Beside the Sea (1): Mermaid's Purse and Crab

Happy New Year, 2011!
We stumbled across this curious object on our way back to the car this afternoon, after an hour or so photographing Oystercatchers at the edge of the water. We thought it might be a Mermaid's Purse, but the only ones I have ever seen have been black. I am grateful to the Seashore site for helping us to make an identification. How amazing to think that a metre-long member of the Shark family could emerge from this small sac (once fully grown, of course!). I wonder if we should have popped it back into the sea? We felt - in our ignorance - that it was best not to interfere.