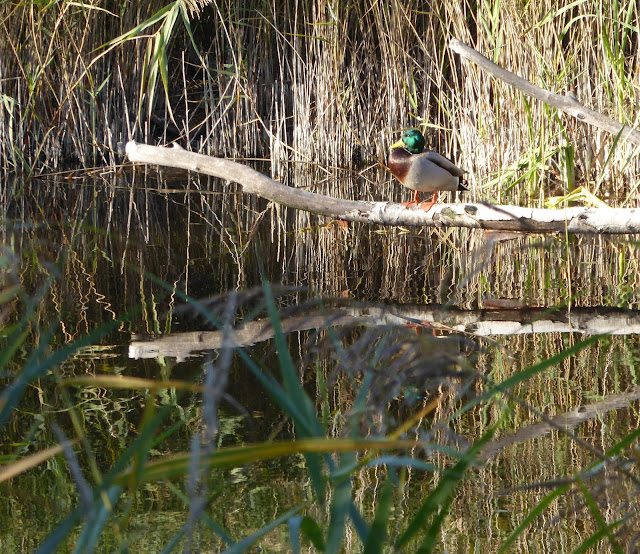 Many wildlife-lovers and poets would probably name autumn as their favourite season, and while I am not one of them, I love the bright colours and the intensity of the light that can be enjoyed at NT Wicken Fen in October (and yes, it was still late October when we visited).

We kept an eye out for a Kingfisher, but were not rewarded. 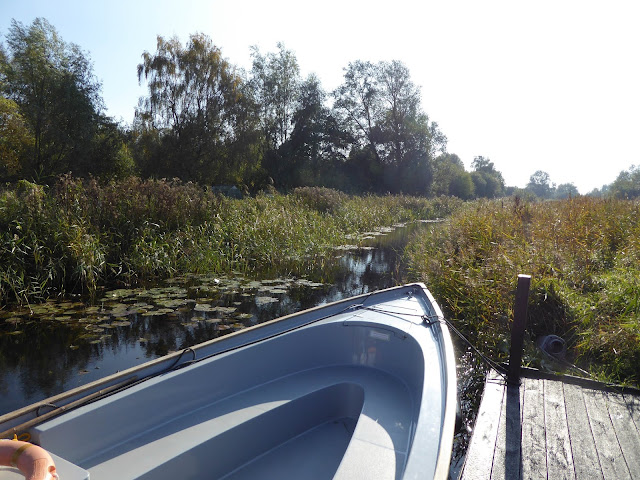 This was the view up the lode. 'Lode' is a late Middle English word for a watercourse, found frequently on the Fens, where it refers to an artificial waterway, usually for drainage. 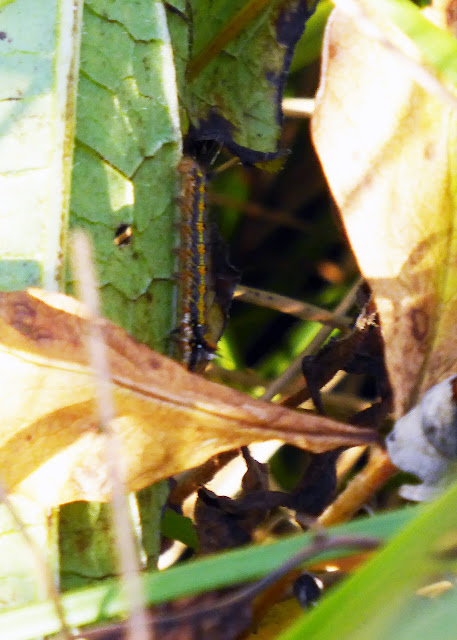 A moth larva was rapidly disappearing in the undergrowth at the edge of the reedbeds. 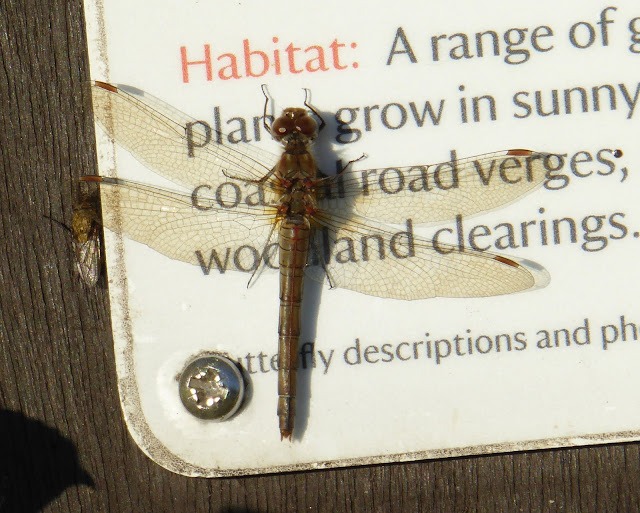 I don't suppose we will see many more dragonflies now until 2018, but there is a wonderful dragonfly poem in a new book, Thaw, by Charles Bennett, Wicken Fen Poet in Residence, just out from Fair Acre Press.

I don't feel I have had a very good dragonfly-spotting season, but it may be more to do with location than climate issues. 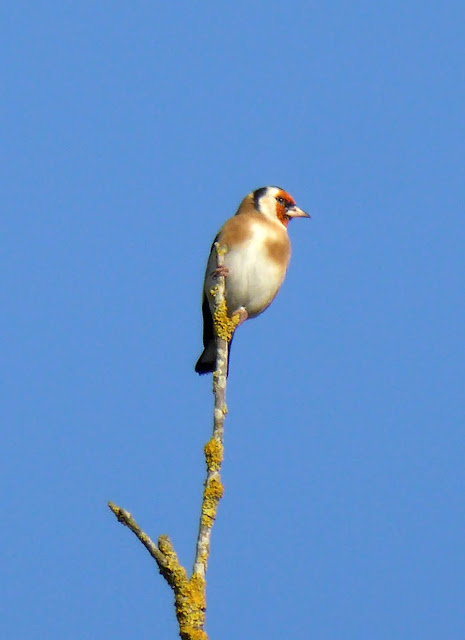 It was lovely to see these Goldfinches out in force at the top of a bare tree. 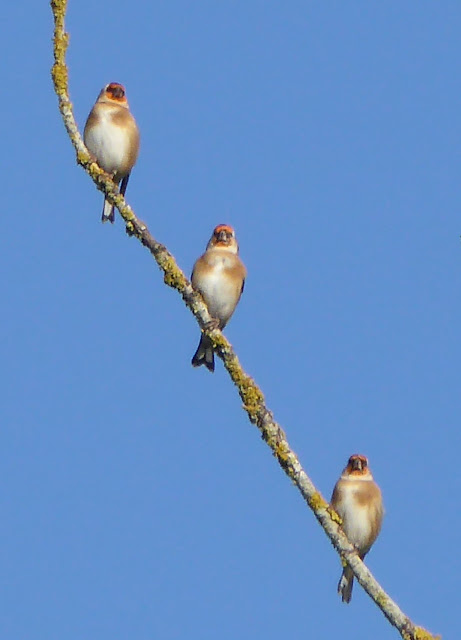 I have taken so many photos like the one below over the years... 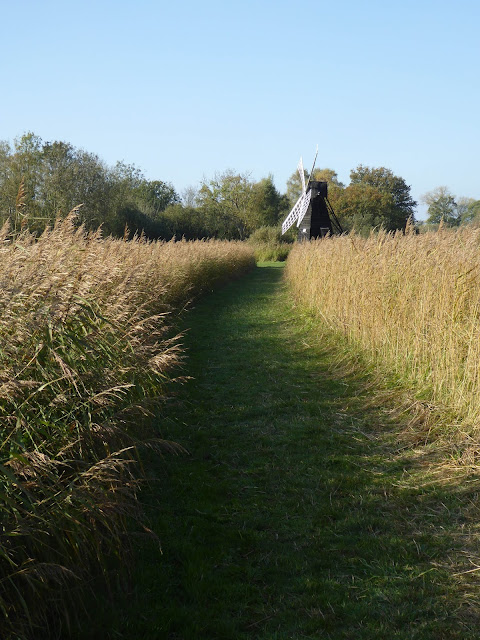 ... but the windpump on the reserve always draws the eye. 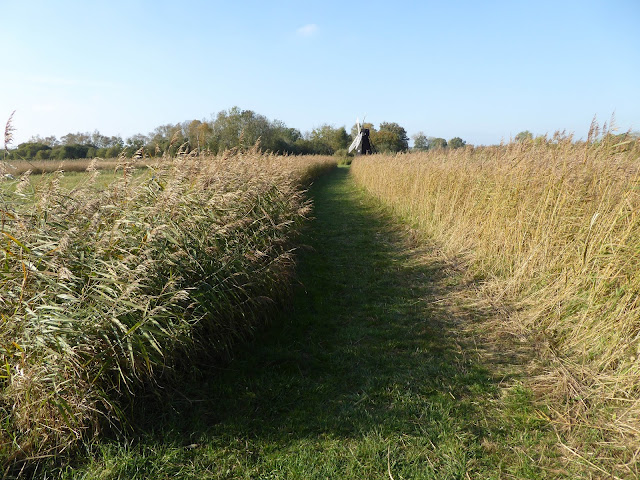 On the butterfly front... 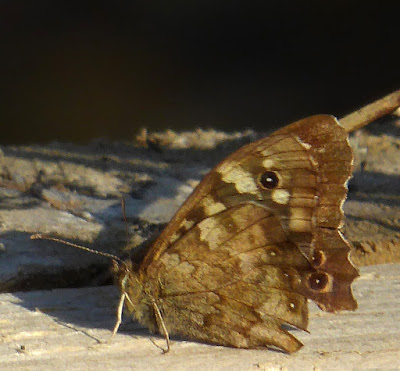 it was the Speckled Woods... 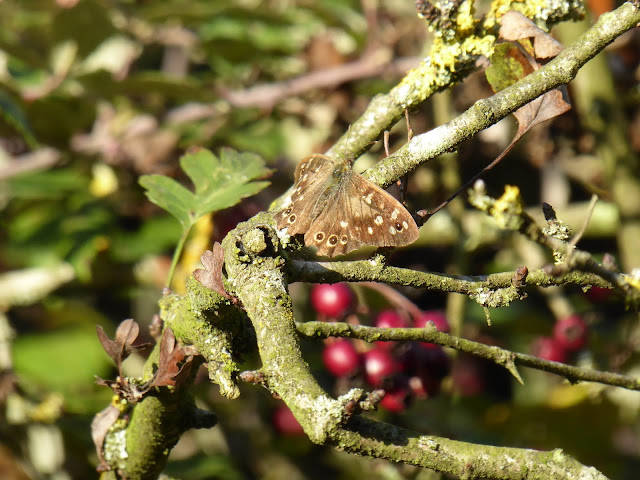 ...who were stealing the show. 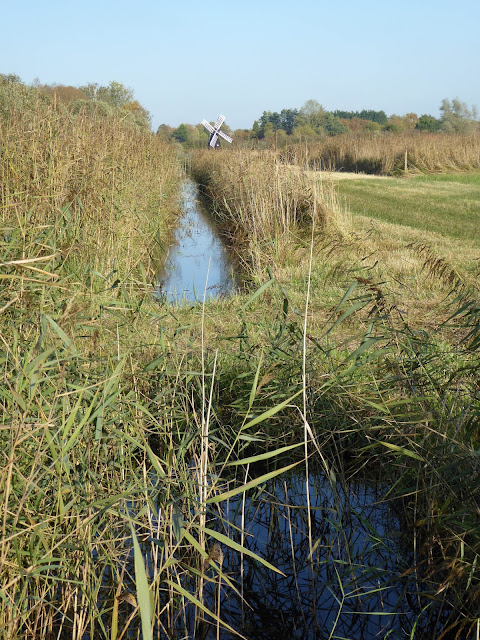 You can see the changing light... 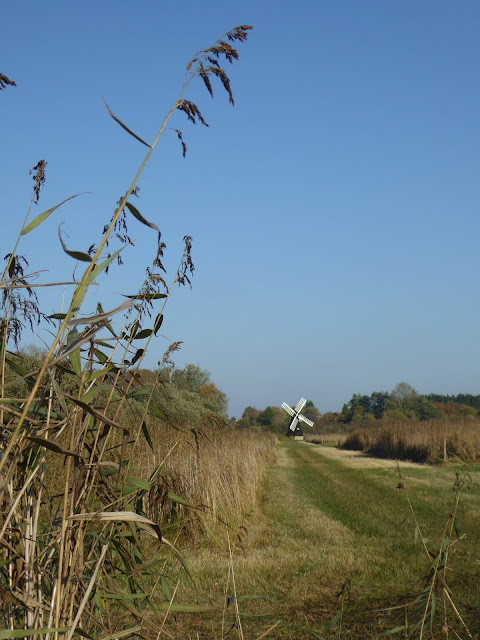 I am wondering what work is being done on the Butterfly Walk, which is one of my favourite parts of the reserve - and a good place for Brimstones, 'Blues' and Brown Argus in spring and summer. 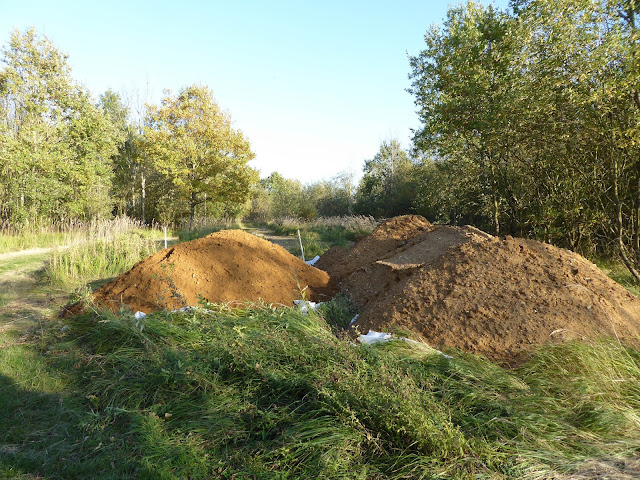 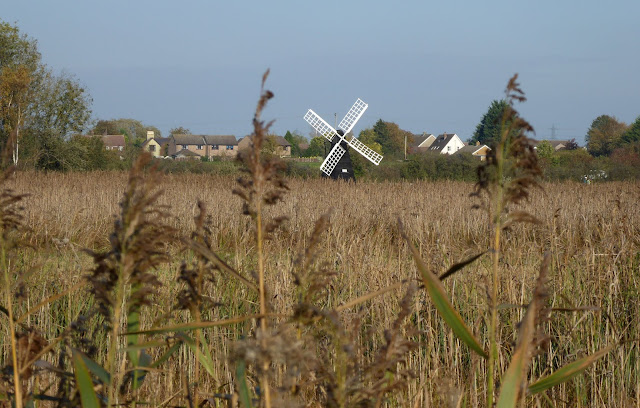 I love the little 'dragonfly' cottage... 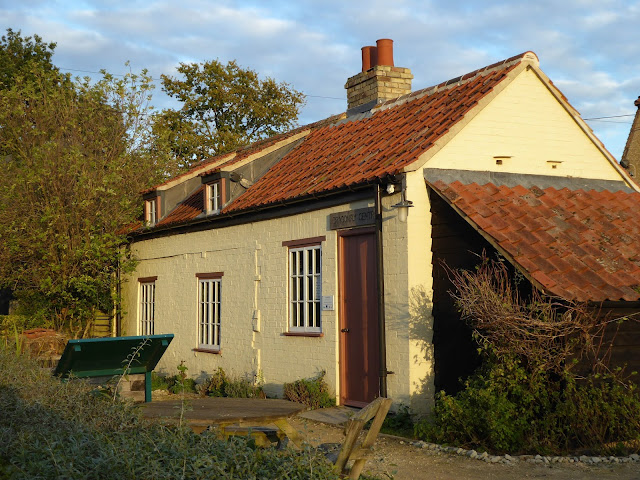 Light was fading as we passed the fenman's cottage. 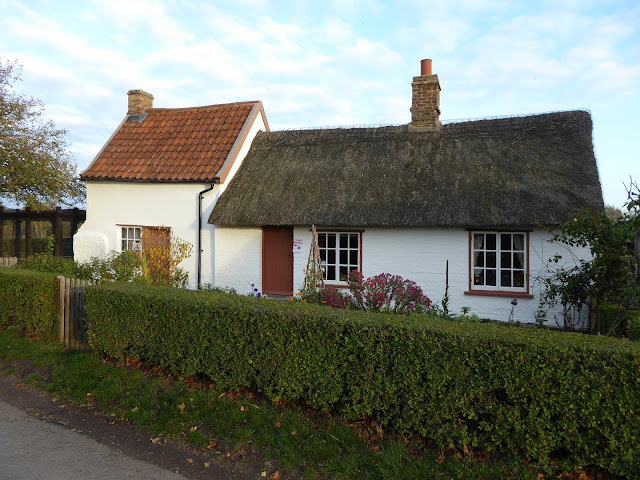 Time for a last windpump picture... 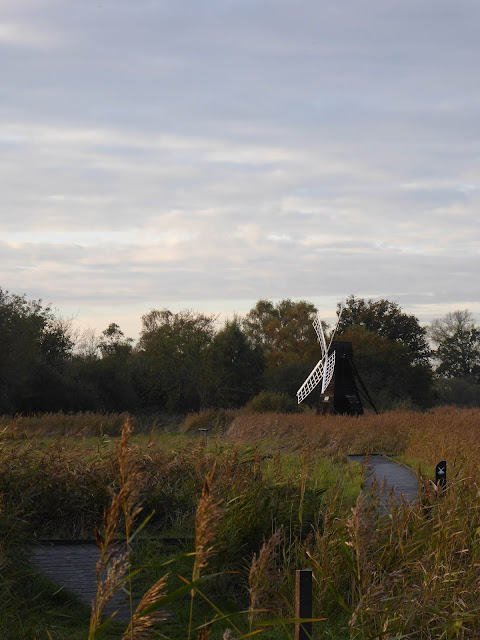 ... and, of course, one of a sparrow, since this is one of the best places we know for watching (and hearing) these birds that were once so much of a part of our lives. 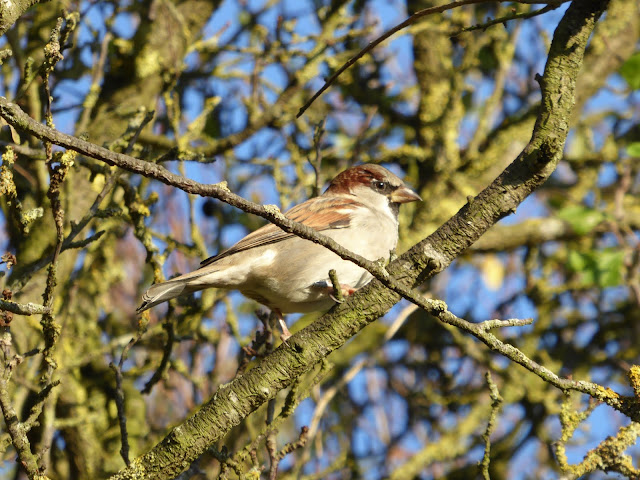 I took a last look at the watery reflections... 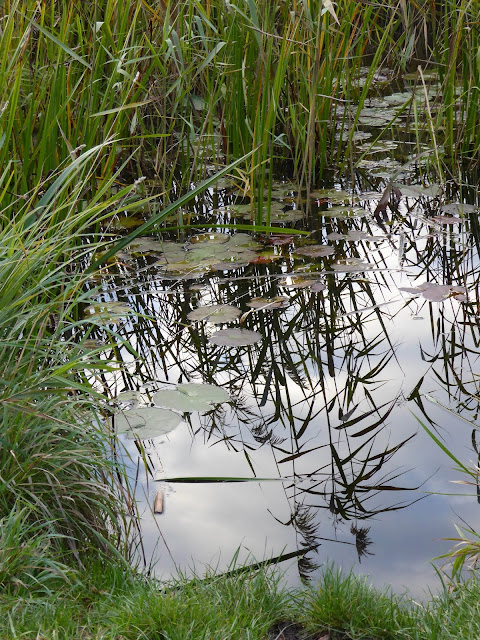 ... before we headed for home. 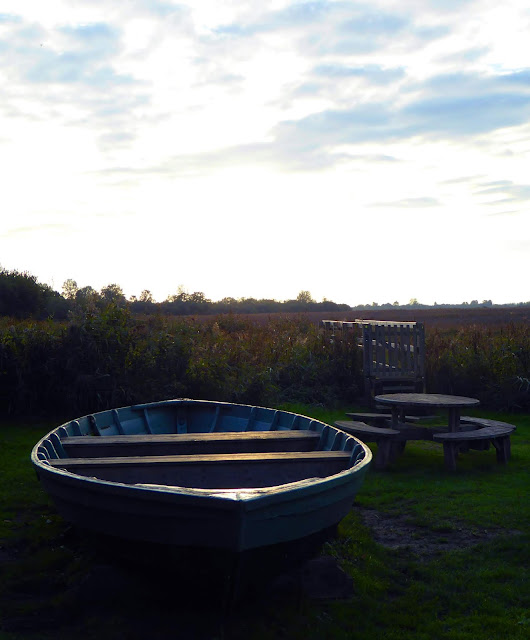