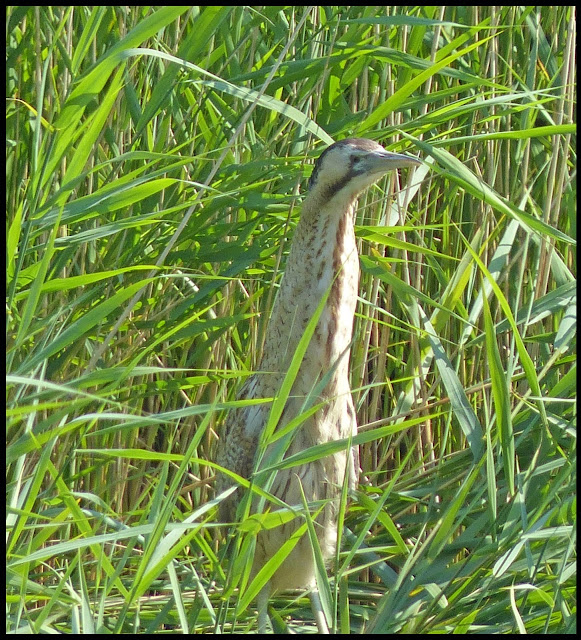 I love to watch birds per se, whether they are the Blue-tits and Robins in my garden or whether they are the showy Little Egrets or Avocets in the wetlands beyond, but I always feel a thrill when I add a new 'lifer' to my list. Last weekend it was the turn of the Bittern. 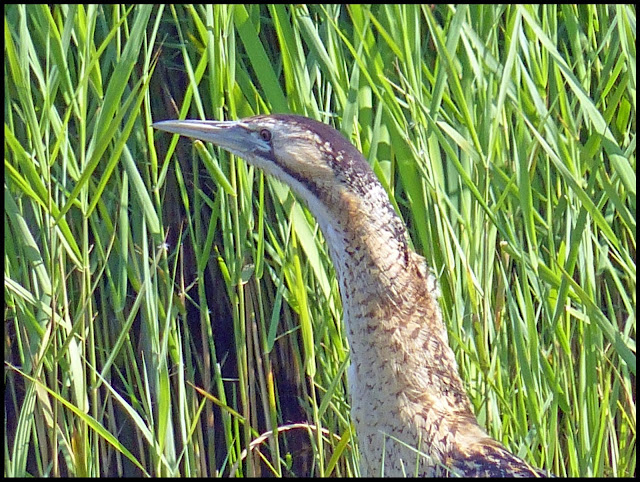 I have mentioned the RSPB 'Conservation' board game on this blog before. We used to play it as a family back in the 1970s. The Bittern was one of the endangered species to feature, and I doubt back then that I thought I would ever have an opportunity of seeing one of these rare birds. 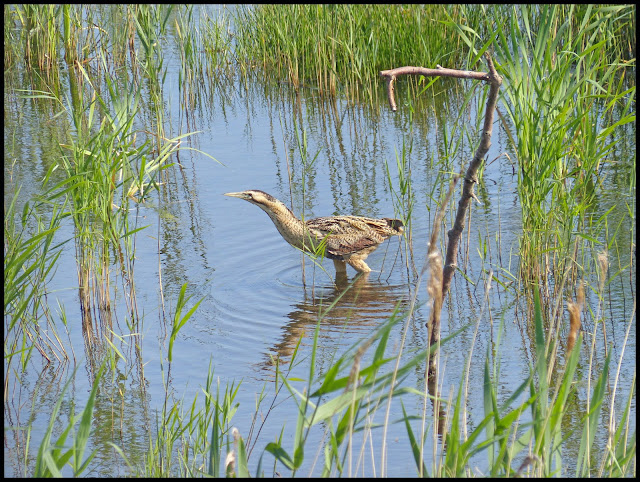 Since moving back to East Anglia, we have had close encounters in the form of hearing the distinctive Bittern boom, but until last weekend, we had never seen the bird with the deep voice! 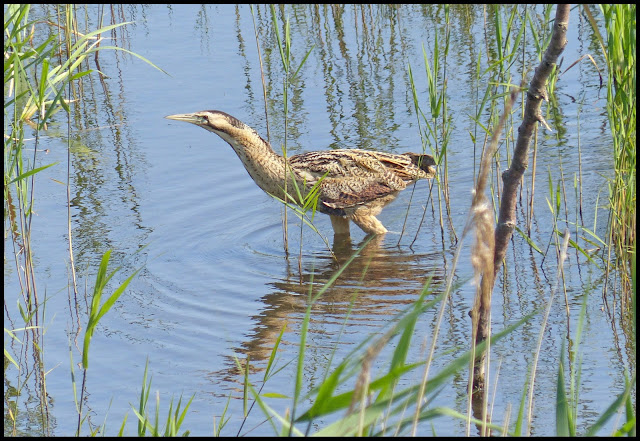 The bird was doing a spot of fishing at Minsmere, where it is listed as a Star Species. The Bittern is described as a 'thickset heron' on the RSPB site, and, not surprisingly, it has red conservation status.

Did you know that (according to the Norfolk Wildlife Trust) Bitterns were called 'butterbumps' in Norfolk?

Wow - you lucky thing! How amazing to see one. Fantastic photos too. They look very prehistoric I think.

what stunning photos Caroline, bitterns are supposed to be very shy and elusive! A bird I'd love to see!

Oh, I like this...I've never seen a bittern. Neat bird!