We took advantage of the dry afternoon and ventured out to explore a local nature reserve in Suffolk, UK. The photographs below show some of the flora and fauna we noticed. We heard a lot of birdsong from the canopy, but saw surprisingly few birds. I will add the Ladybirds in a separate post, to make it easier for the those at the UK Ladybird Survey, who may like to compare my photos with my submitted records. 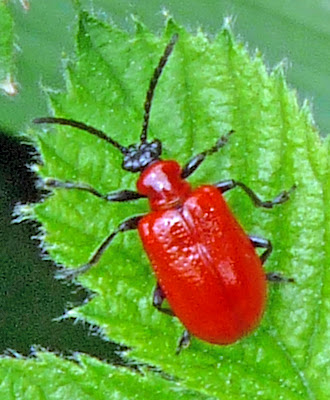 I had been puzzling over this creature as it didn't seem to fit the ID marks of a Cardinal Beetle. I believe it is a Lily Beetle, as it was shorter and somewhat rounder than a Cardinal and it was marked with dimples. If you follow the link here, you can click to hear the Lily Beetle's alarm call. 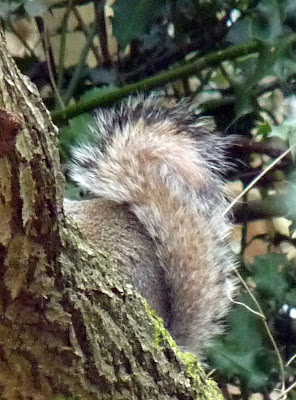 I was hoping that we might see a mammal of some kind. The bushy tail here belongs to a Grey Squirrel, who was too shy to show his face. We were told that there were deer about, but we didn't see any. We did however see this spider, which i have not been able to identify ... 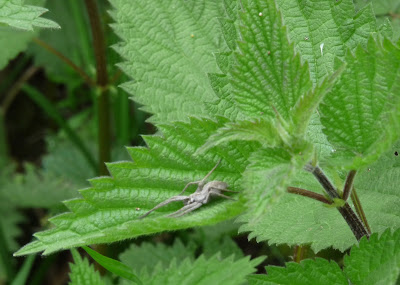 Readers of this blog will know that I saw my first Orange-tip Butterfly of the season a couple of days ago. On our nature reserve walk, we saw one or two more ... 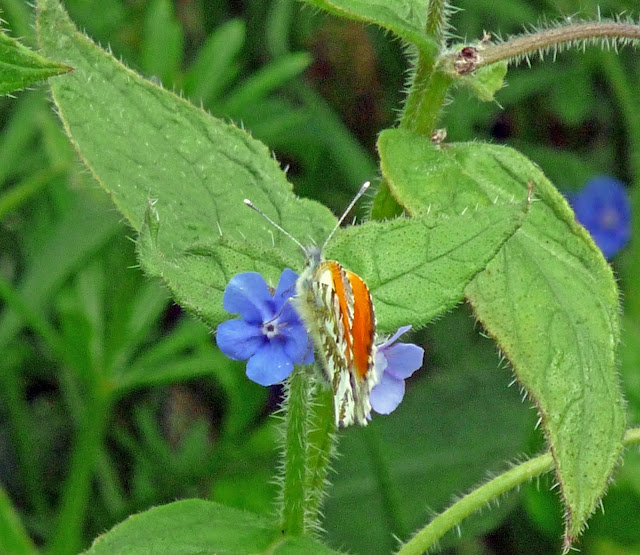 This one had just landed on a clump of Alkanet. 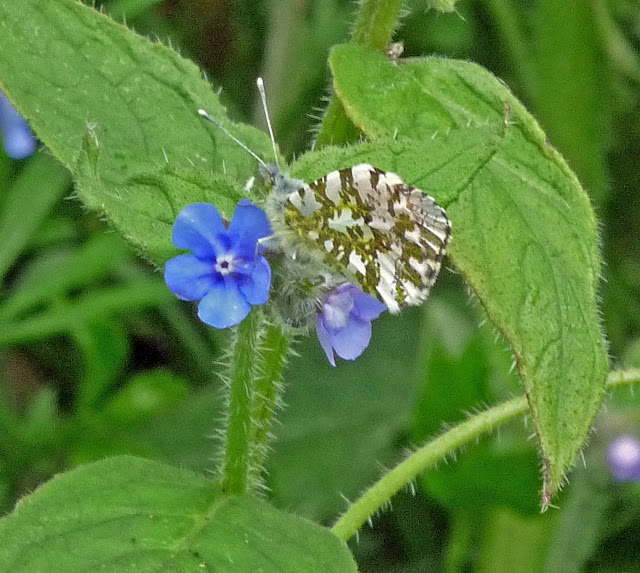 It (or rather 'he' since the female Orange-tip does not have orange markings) closed its wings more tightly, revealing the fine mottled patterning on the outside. 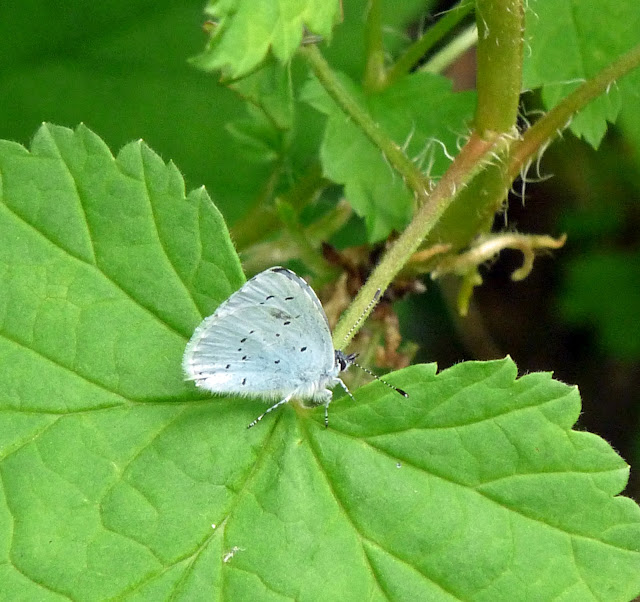 This butterfly foxed me for a moment. It didn't quite seem to be a Common Blue, my first thought, but I am guessing that it is a male Holly Blue, since these small butterflies are often seen early in the season and have almost white wings (with dark speckles) on the outside. 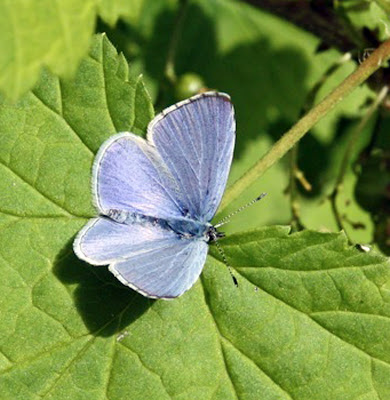 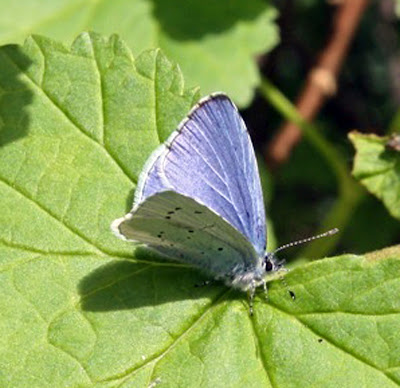 I have thrown a link to this before, but I can't resist the opportunity to add that you will find Robert Frost's delightful poem, Blue-butterfly Day here.

Nature Reserve Notes: a list of species recognised (or discovered!). I saw many more insects and plants that I have not (yet) identified.

I must keep an eye out for the trees next time. I noted one interesting conifer along the way ...
Posted by Caroline Gill at 14:43

what a cute little shy squirrel! Lovely butterfly photos too, I've seen a couple of orange tips but no blues (we rarely see blues anywhere near Edinburgh).

Hello Caroline, this is my first visit to your blog which is great. The blue butterfly certainly looks like a Holly Blue to me, lovely sighting. Linda