Home Patch (16): Bees and Hoverflies on the Ceanothus

I stood by the Ceanothus for a few minutes, taking pictures of the flying insects that landed on it. There were more species than the ones shown below, but a number of insects - notably the hoverflies - were too fast for me. 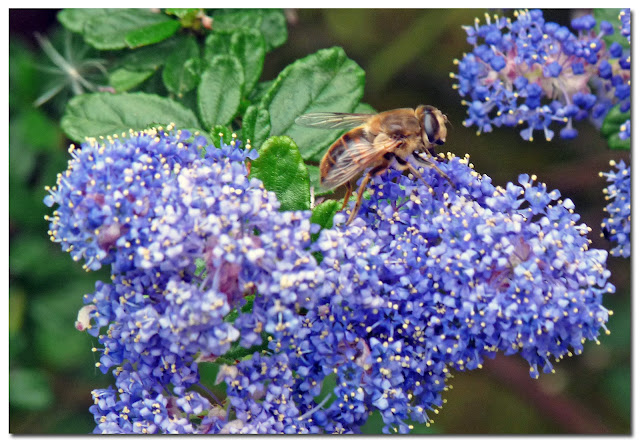 I think the photos immediately above and below show a visitation from a Honey Bee, Apis Mellifera. 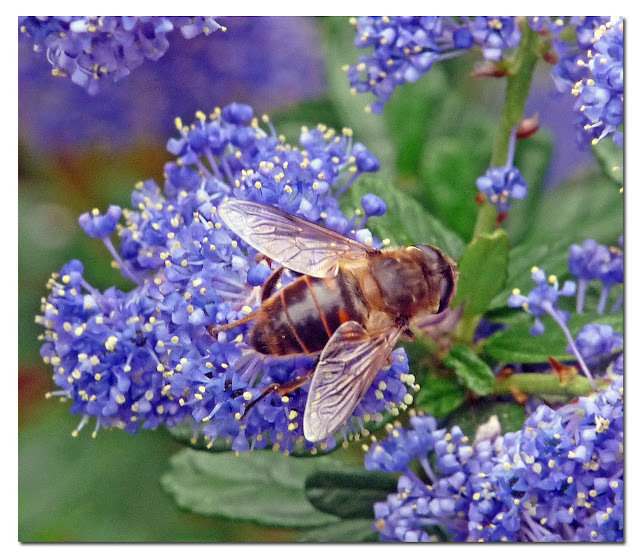 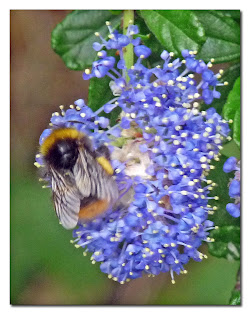 I wonder whether you knew that Bumblebees, like the one above, used to be known as Humblebees ... this was news to me. 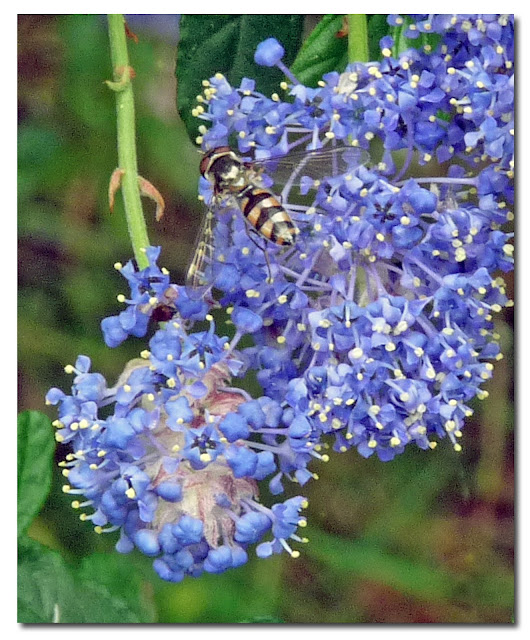 The creature above is a Hoverfly. Unlike bees and wasps, it only has one pair of wings, and so is a true fly. This one has proved difficult to identify: Britain boasts some 270 known species. I suspect this is a female, because in males the eyes are close together, and you can make out a gap (with wide Vertex) in the photo above. 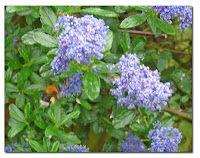 I am wondering whether the bee in the photos immediately above and below is Bombus hypnorum. It certainly has the foxy-red thorax, black abdomen and white tail. I have included the photo above to show the tail. It was a highly active insect and had no wish to pose for the camera! You can see from the yellow sac just how much pollen was being collected. I don't think it was stripy enough for a Carder Bee. 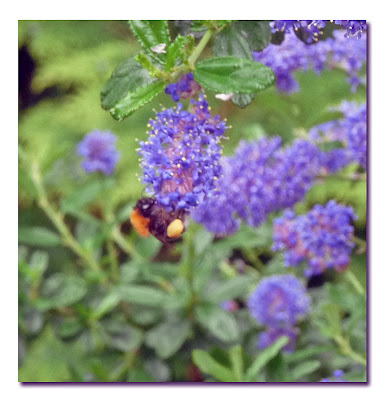 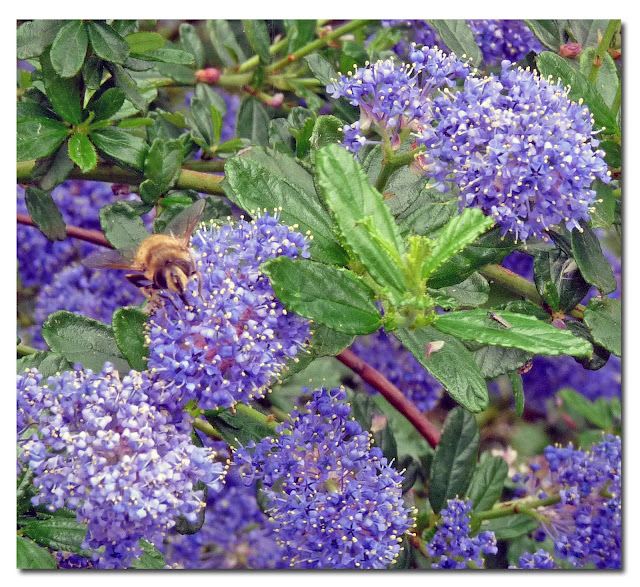 Above: a Honey Bee, full frontal, hard at work ...
Below: the Honey Bee, end on! 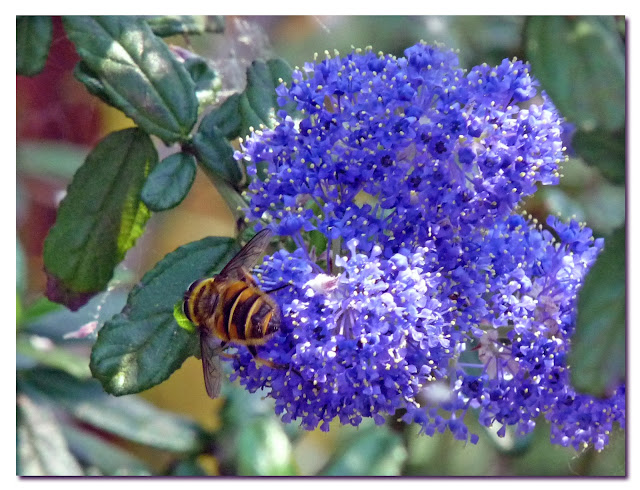 Hi Caroline, i like the bees and the insects, but i love the flower because that color is not common in the tropics. I observed that most of the blues and dark violets are common in temperate climes, while we have most of the orange and reds! Are you an entomologist Caroline?

I love a rainbow of colour, Andrea! Blue, though, is my favourite, followed by red. No, I'm not an entomologist (I'm a poet, with a particular interest in eco-poetry in all its guises). I am a keen amateur observer of wildlife. The blog helps me learn so much more as I connect with others. However, I did catalogue the fascinating papers of an entomologist many years ago, so perhaps this has something to do with it!

I agree with Andrea about the colour of the blossoms. Not common in the tropics. You got some beautiful shots, Caroline!