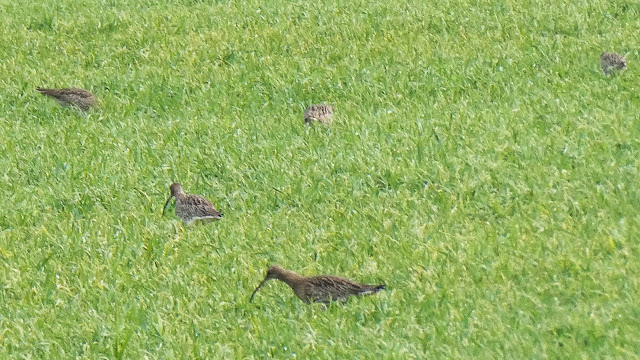 We returned to Martlesham Wilds (near Woodbridge, Suffolk, UK) yesterday afternoon, hoping to catch another glimpse of the Barn Owl. However, there was no owl to be seen.

Instead, we were greeted with a wonderful site (and arguably an even more evocative sound), in the form of a field of about 15 Curlew. You can probably make out five in the photo above. These birds were Red-listed back in 2015, so to find so many together was a cheering start to our stroll. 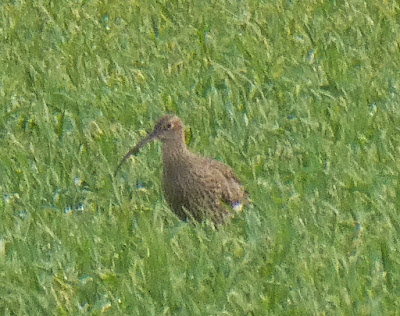 As we got a further down the path that leads eventually to the River Deben (with the Sutton Hoo burial ground not far away on the opposite bank), the sound of birdsong up in the bare branches was unmissable; we stopped in our tracks for a minute or so just to listen. 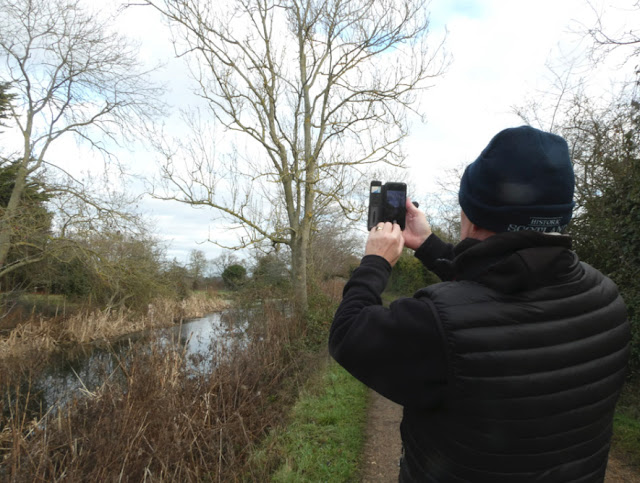 The photo above shows the path below the churchyard, with patches of ice on the water.


Suffolk Wildlife Trust are taking on much of this area as a new reserve, under the name of Martlesham Wilds. Funds are needed for the project, and so far about 25% of the target has been reached. 'Wilds' apparently is an old Suffolk term, and it will be fascinating to see the area live more and more up to its name as nature begins to take over from farmland as the project progresses.

Great outing, I would love to see the Curlew!
The Snow drops are so pretty, encouraging sight to see.
Take care, have a wonderful week!

Wonderful photos Caroline and great news about the Curlew.

I remember the noise curlews used to make at night in Scotland...what an eerie din!

Lovely series of photos, Caroline. I love curlews, we still get good numbers around Edinburgh, specially on playing fields in the north of the city. Not as many as we used to though, sadly. It's tragic how the species has declined.

A gorgeous set of photos. Love the sound of curlews. B x

Thank you everyone so much for your kind comments! It's good to hear that Curlews in Edinburgh are at least doing OK, though sad that their total numbers are well down.