Garden Butterflies in August and a Brown Argus to kickstart September 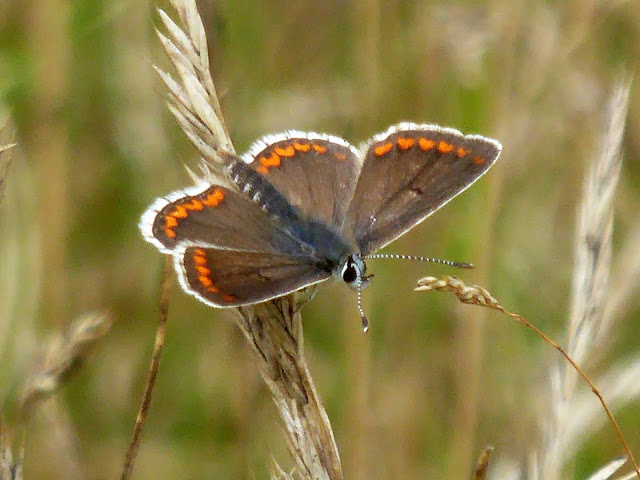 This post was due to record butterflies seen in August for my Garden Butterfly Survey for Butterfly Conservation, and indeed it will. But I couldn't resist starting with these photos of a Brown Argus who alighted on the long grass this afternoon and stayed in a small patch for quite a while. 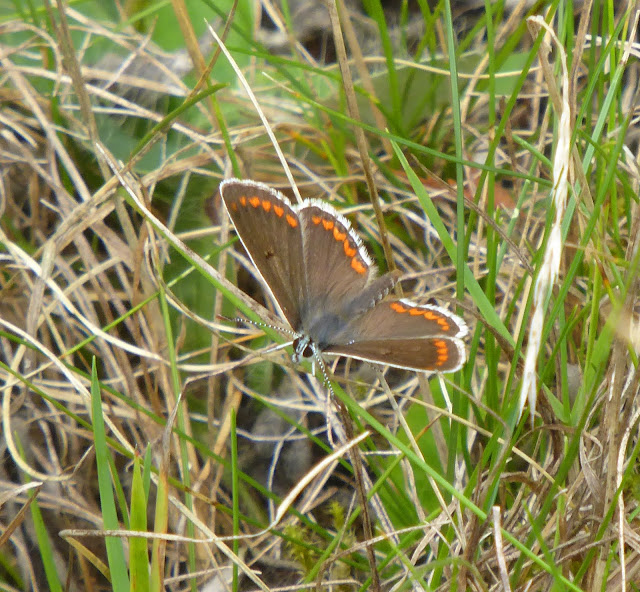 We had seen a couple of this species earlier in the summer here in the garden for the first time, but that was a good many weeks ago. My photos are not brilliant, but you can probably make out the prominent dark spot in the centre of the forewings, one of the features that distinguishes this butterfly from the female Common Blue; the thin abdomen (indicative of a male) being another. 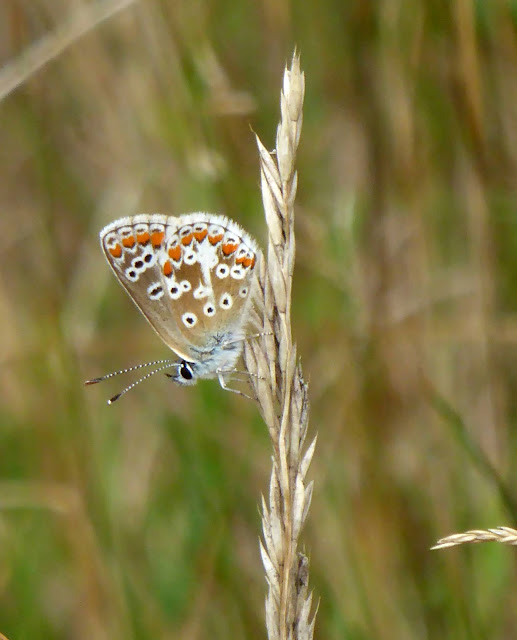 And now back to August. As usual in these monthly charts, the figure recorded represents the highest number of a species seen at one time, rather than the total number. 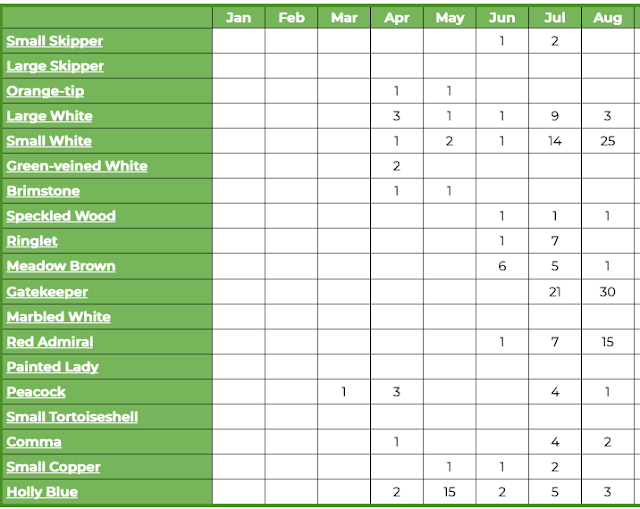 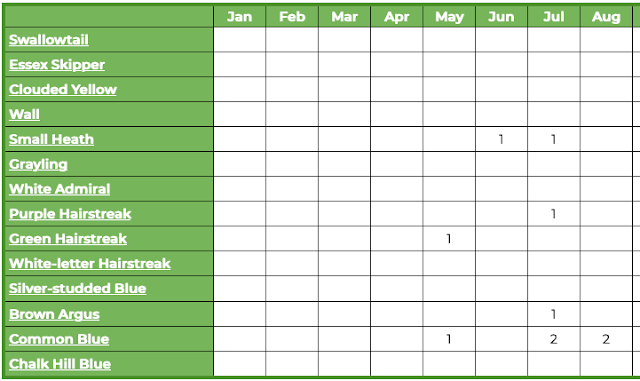 Looking back over these charts, I am amazed at the Gatekeeper figures, but during the heatwave we sat out for good long spells and they just kept coming. Their season seems to be over now. Sadly we have had not seen any Small Tortoiseshells in the garden (perhaps as a result of our nettle patch which was failing to thrive). We rarely see Painted Ladies here, but thus far my count for this species is nil.

Readers of this blog will know that, with the exception of a single go at preparing a winding path for my lockdown exercise back in March, we have refrained from mowing this year. The photo below, taken three hours ago, shows part of the garden, including the grassy triangle in which we noticed the Brown Argus. 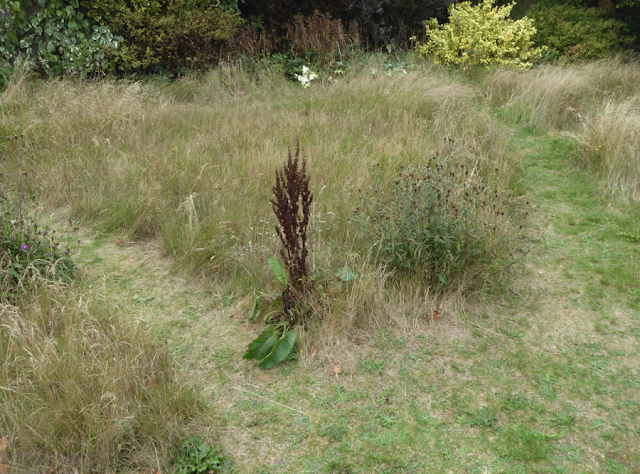 I wonder what other butterflies will appear in September...

lovely to see butterflies in September, Caroline! We saw a speckled wood and a red admiral today!

Great shots, haven't been able to snap a brown argus this year