I had been looking for an opportunity to visit WWT Welney for the winter wild swan feed. It proved to be a memorable and wonderful experience, one that I would highly recommend. 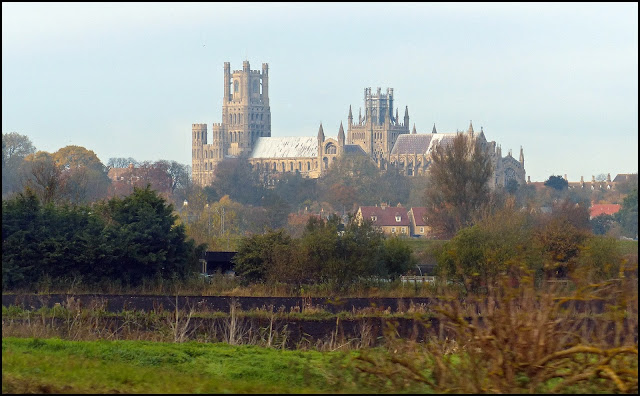 You know you are getting closer to the wetlands around Welney and Hundred Foot Bank when the ornate masts (or towers) of Ely Cathedral, the Ship of the Fens, cross your horizon. 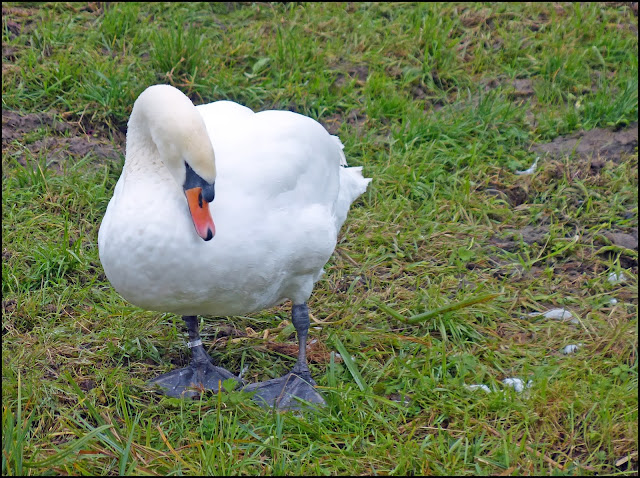 On arrival at WWT Welney, we were greeted by a couple of Mute Swans like the one above. You can see that this particular bird has been ringed. Many Mute Swans make Welney their year-round home. They have distinctive orange bills and are called 'mute' because, unlike other breeds, they do not make much noise, save for the whirring flap of their wings when they are airborne.


Enter the Whoopers! Whooper and Bewick's Swans flock to the site in their thousands (along with ducks) during the winter migration from Iceland, Siberia and the Arctic Tundra. 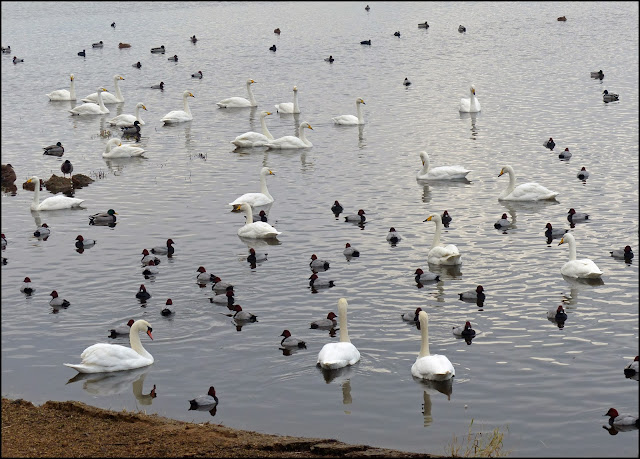 As the afternoon light began to dim, more and more swans gathered in preparation for the 15.30 hrs feed. This meal, apparently, is more like an afternoon snack. It keeps the birds satisfied until the 18.30 hrs floodlit swan feed. 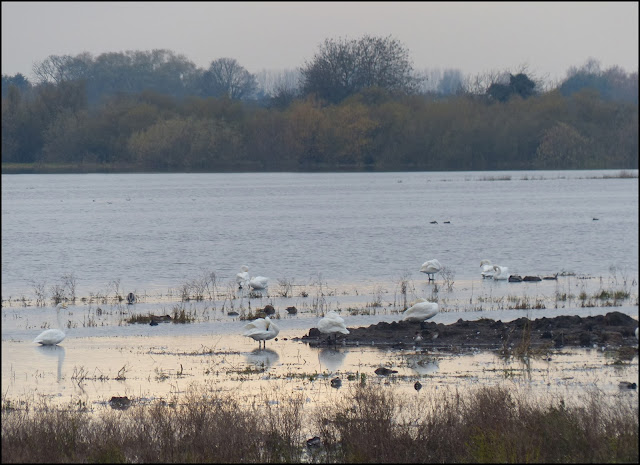 East Anglia is renowned for its wide skies, distant horizons and for the quality of its light. This may have been a raw and indifferent November afternoon, but the light on the water was magical. 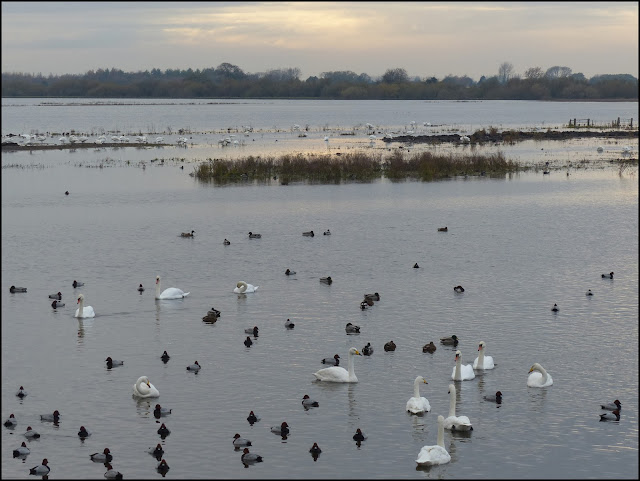 Some (but not all - see here) believe that the area began to take on its present guise back in 1630 when the Duke of Bedford scheduled an engineer from the Netherlands to implement a drainage scheme in the Fens. This action resulted in the emergence of two new rivers and the flood plain we know as the Ouse Washes. Welney, one of the areas that benefited from the draining scheme, is left to flood each winter, thereby providing the perfect habitat for its over-wintering wildfowl.

There was much wing-flapping along with numerous departures and arrivals ... 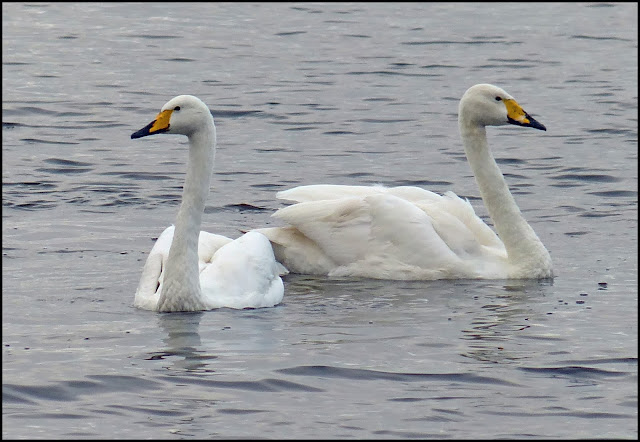 ... and just occasionally a Swan Lake moment when an eerie hush pervaded, allowing the grace and elegance of the birds to be appreciated by all. 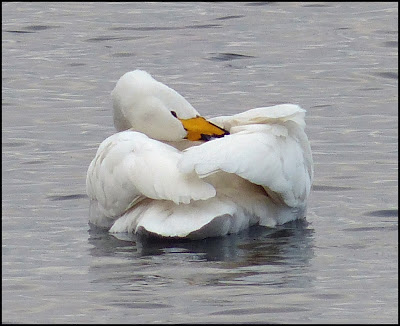 There were moments of preening and moments when the Pochards tried to tweak the swan feathers if the large birds came too close. 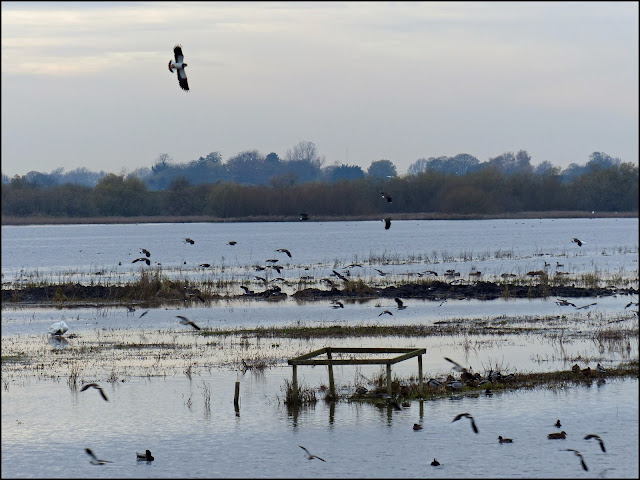 It was the swans that had drawn us over to Welney on this occasion, but naturally we were open to all comers. It was a joy to see good numbers of Lapwing (red conservation status). 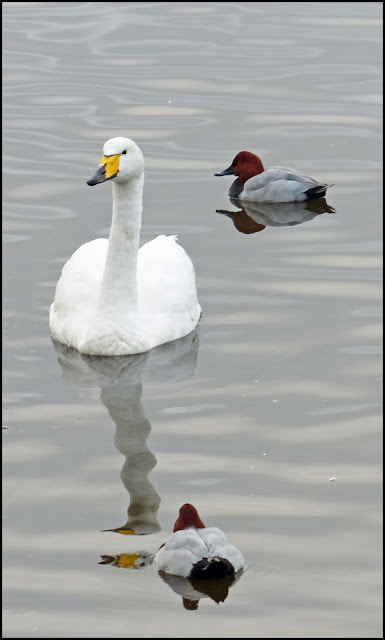 The photo above intrigued me ... the Whooper's head reflection seems to have been cut in two by the ripples. 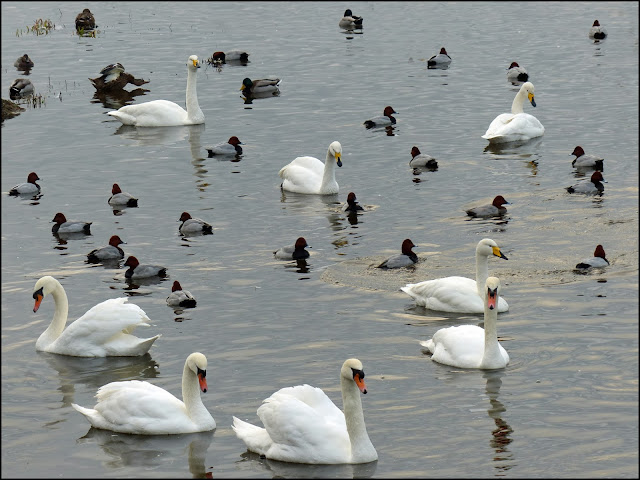 The photo above shows the Mute Swans mingling with the Whoopers. There were good numbers of Pochard dodging about in between. 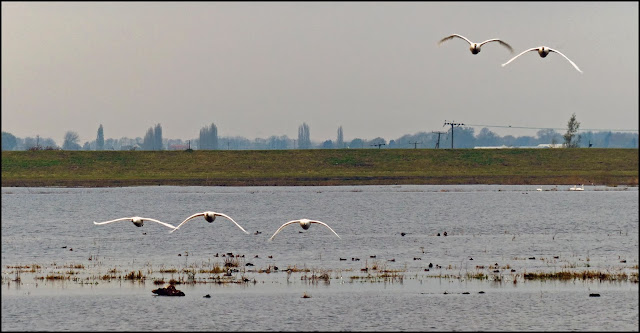 More arrivals as feeding time draws near! These swans have left their sugar beet fields in the fens and are heading in for a snack of grain. 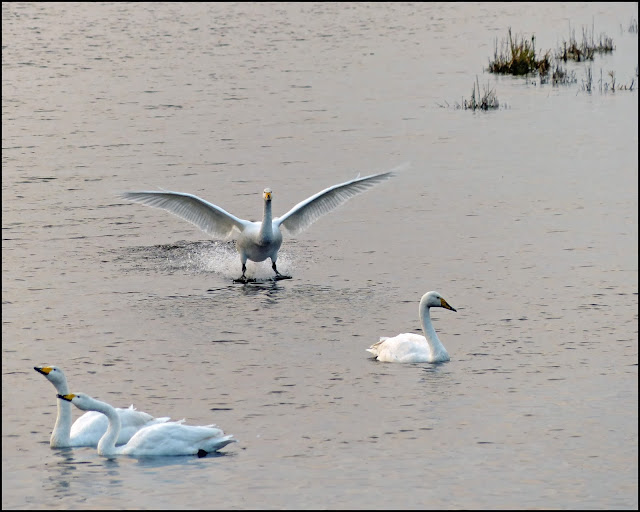 These swans are all Whoopers. Bewick's Swans also have yellow bills, but are smaller than the Whoopers. The yellow markings differ between the species. You can read about them here. 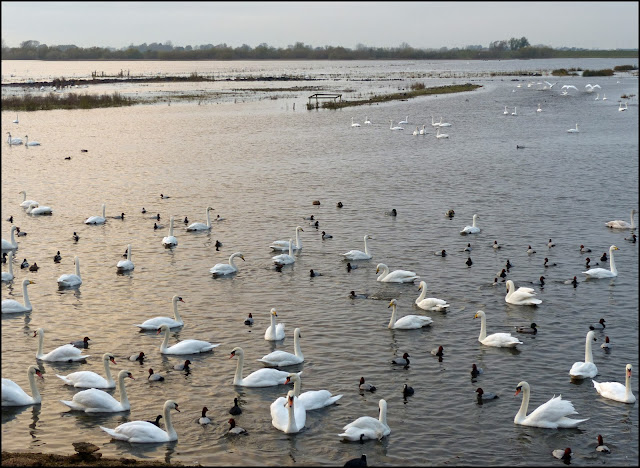 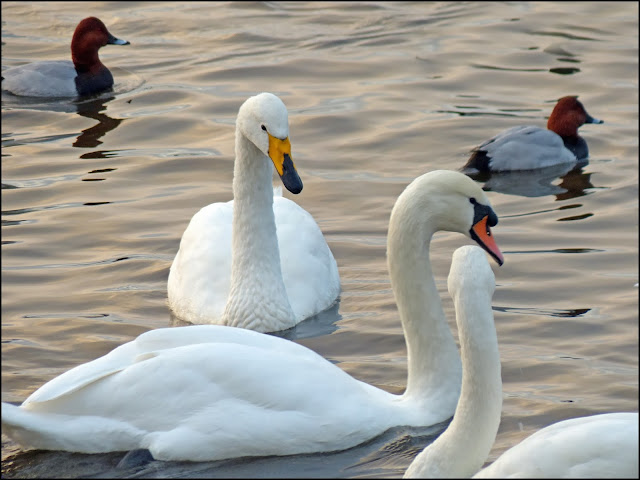 ... and a chance to eye up the competition in the pecking order. 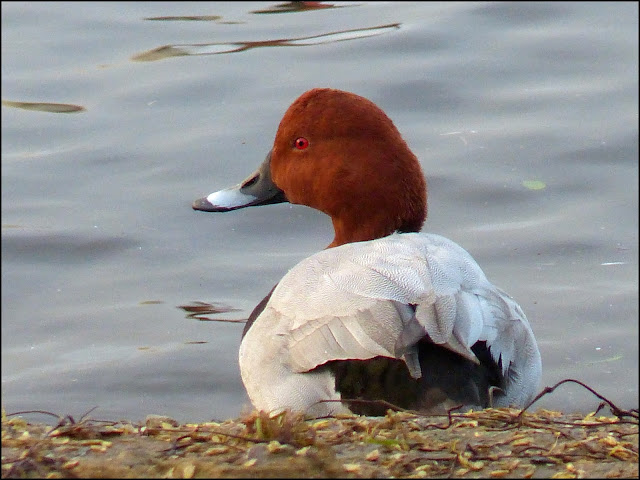 This drake Pochard seems to know there will be plenty for all. 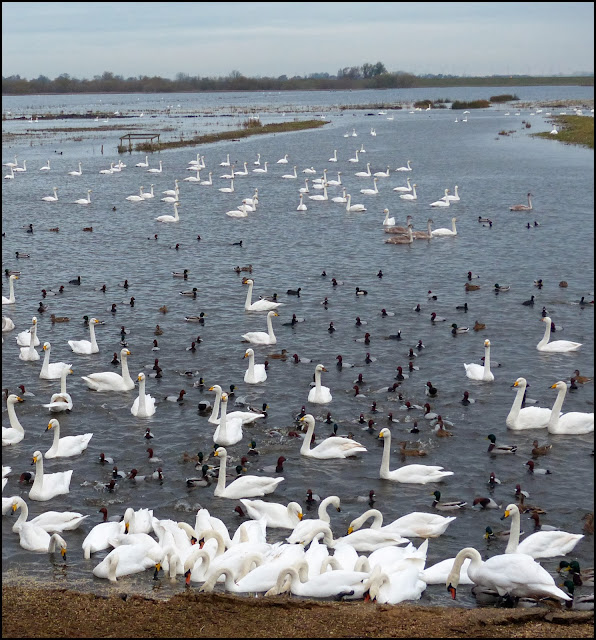 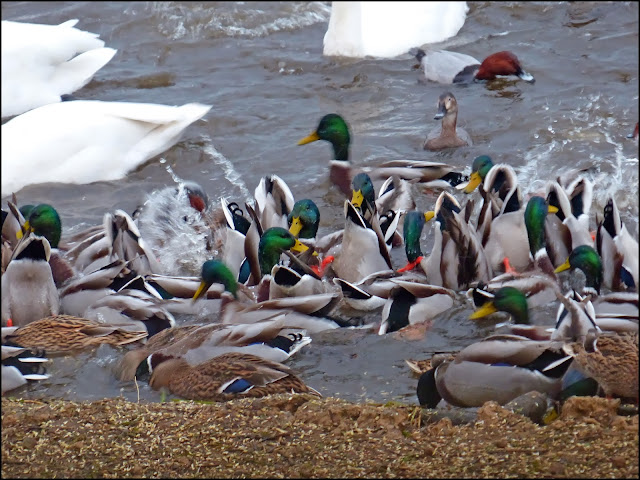 More waterfowl. You photos are so wonderful. They are all good shots. The first one of the swan is a powerful view. Thanks for making my day.

Wonderful photos Caroline - that last one is a masterpiece!

Wow, these are cool shots of the swans and ducks! Amazing numbers! Great post, Caroline!

what wonderful photos, such beautiful light and beautiful birds. I rarely see Whoopers and Bewicks swans...