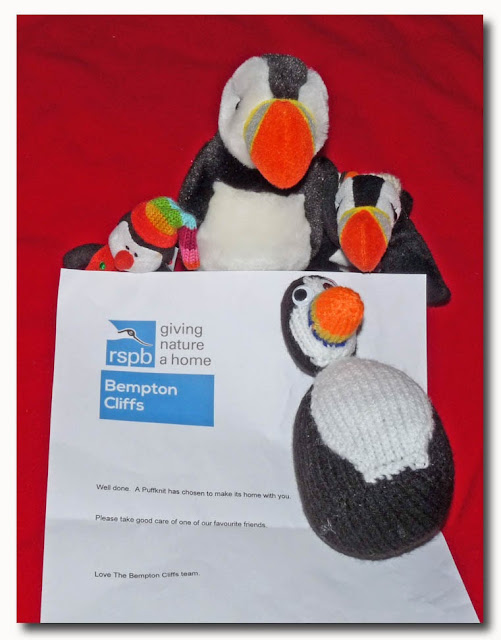 An exciting package squeezed through my letterbox yesterday.

A Puffknit popped out as I began to tear the recycled wrapping apart! These delightful hand-crafted creatures have been part of a parallel Puffin colony on the cliffs at RSPB Bempton for the last few weeks. I have been following their antics on Facebook (RSPB Bempton Cliffs) and on Twitter (@Bempton_Cliffs).

But now the Bempton Puffins have left the cliffs to spend the next few months bobbing about on the ocean ... and the Puffknits have been dispatched to their new homes.

To let you into a secret, I responded to the following notice from the RSPB at Bempton on 13 August:

''The final puffins have left and only a few Puffknits remain.
Can you give one a home?
Email us ... with why a Puffknit should head your way."

This was my response ...

I'd love a puff-knit to fly my way:
those puffins need homes,
or so they say.
I'd give one a burrow
or give it a bed:
if it flies down south
it will soon be fed.


You can see read about another Puffknit, Henry, in his new abode here. 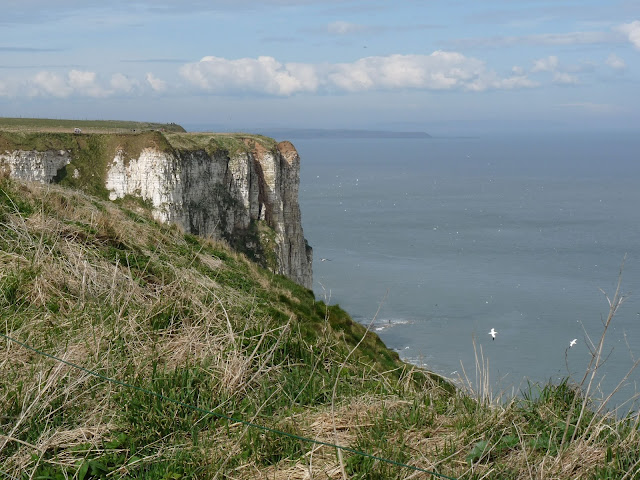 The photo above shows the cliffs at Bempton. You can also make out the Gannets. 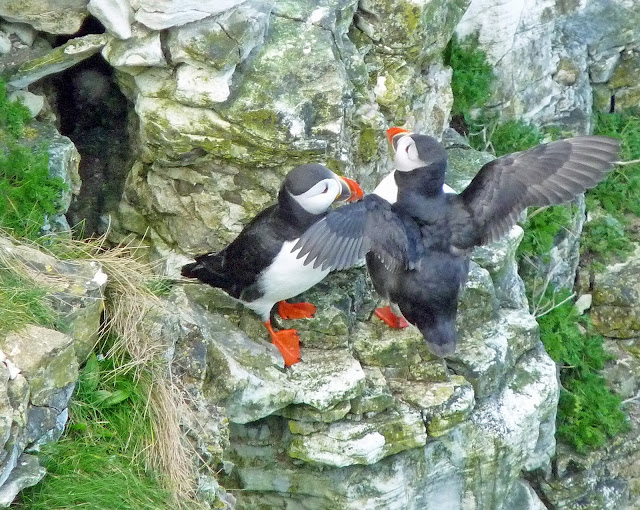 The Puffins above were nesting in those cliffs. 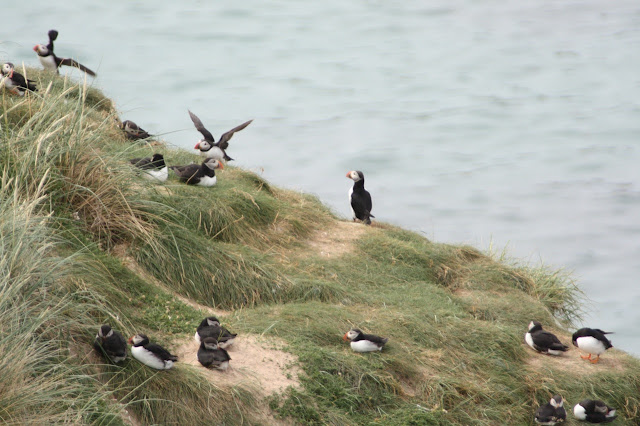 While RSPB Bempton Cliffs is probably our Puffin-watching destination of choice, the ones immediately above were taken by David in 2012 in the Durness area of Scotland. Unlike the precarious cliff-ledge nests at Bempton, these Scottish visitors had burrows in the sand.

As it happens, my new Suffolk Puffknit is not alone. You can see him/her here, among a few other feathered members of the family in the picture below. Who knows if the Penguin realises that he is not a Puffin!

But there is one thing missing with regard to the Puffknit ... and that is a name! If you would like to respond in the Comments section below before the end of the Bank Holiday weekend, your thoughts will be duly considered! Suggestions include ...
And don't forget to give nature a home where you live!

oh how sweet! Beautiful photos of Bempton too

I love the Puffins and your Puffknits are adorable. Great post! Happy weekend to you!