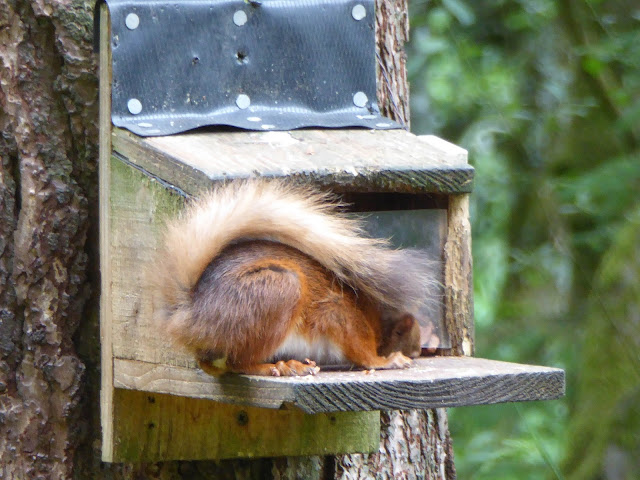 We have just returned from a holiday in Dumfries and Galloway. We had looked in vain for Red Squirrels in several places where they were known to live, but had failed to see more than a chewed or discarded pine cone.

We ended up at Eskrigg Reserve, a beautiful forest near Lockerbie. We sat patiently, watching a Great Spotted Woodpecker, a Jay, a Mute Swan, a Treecreeper ... but no sign of a squirrel.

We were beginning to think that we would have to move on when we came across a hut, and there, just outside, hanging from a nut feeder was ... a Red Squirrel.

We went on to see three more, and thoroughly enjoyed watching these magnificent animals as they interacted with one another, sat up on their haunches and ran up and down the pine trees.

I have reported our sightings on the Saving Scotland's Red Squirrels site. What a privilege to be able to watch - and log - these exquisite creatures. 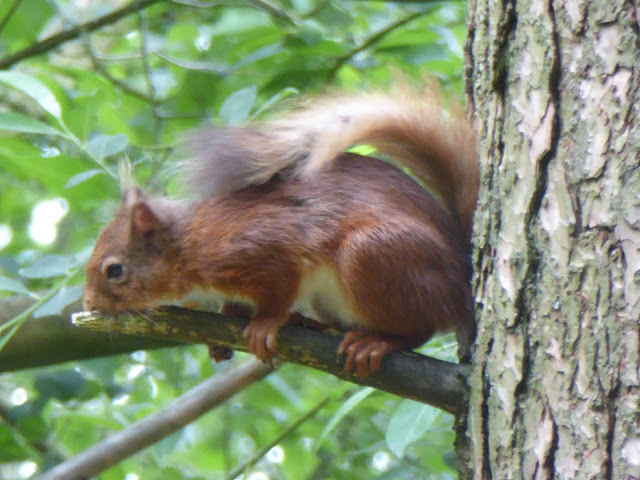 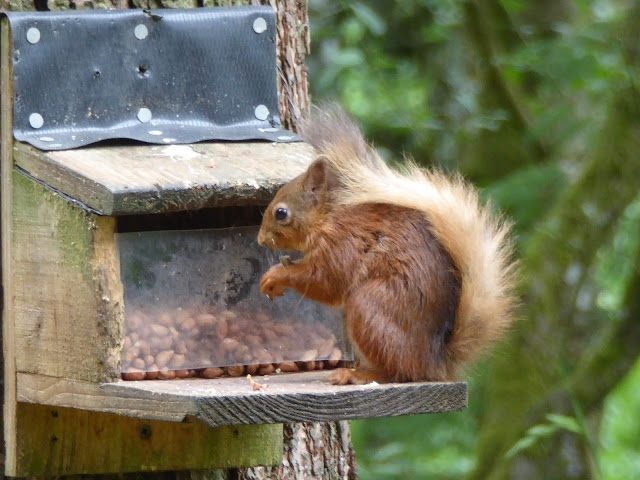 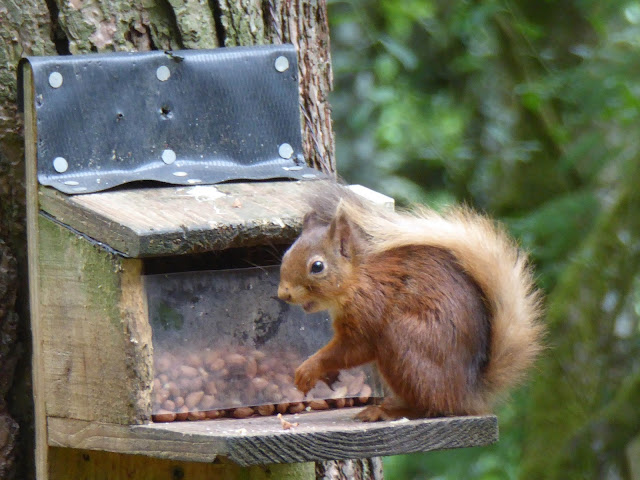 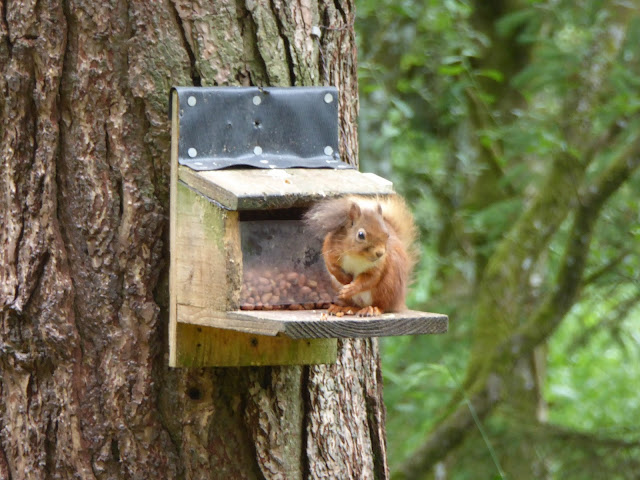 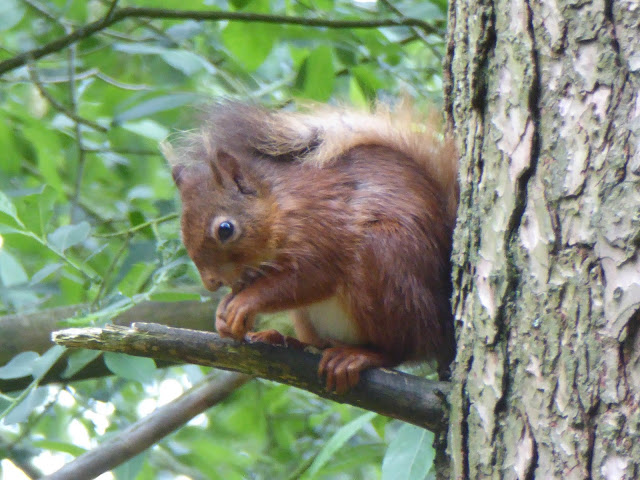 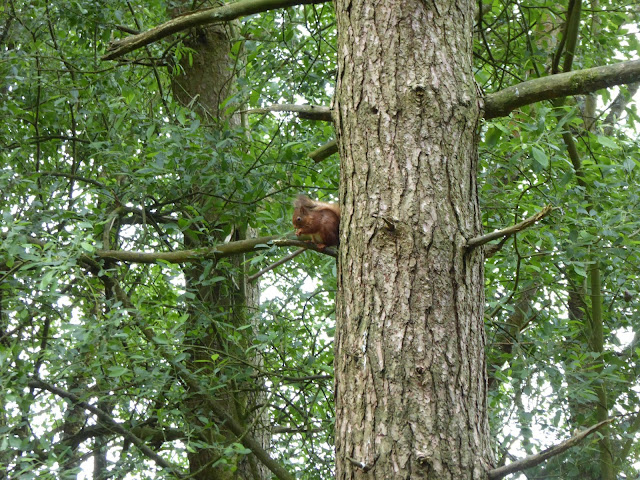 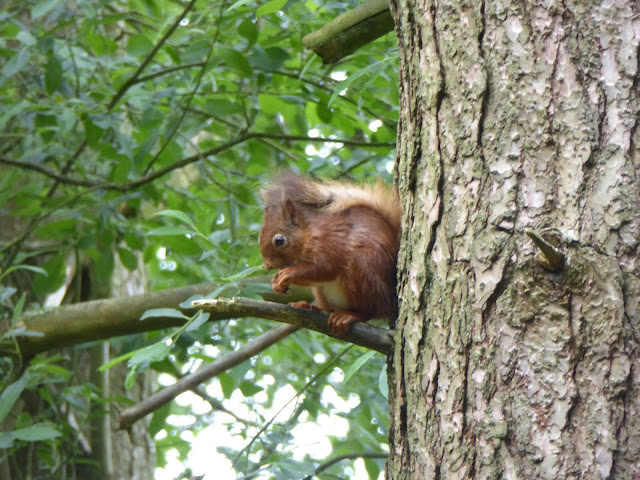 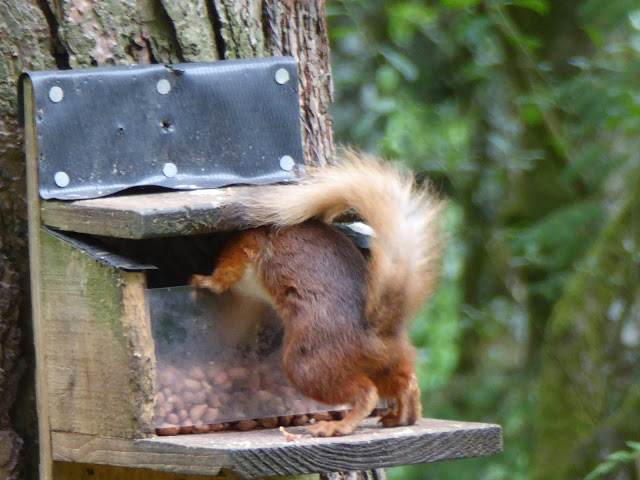 I've never ever seen one in Kirkcudbright!

How lovely to see the Red Squirrel, well worth the wait..many years ago in Northumberland we went to Cragside House, Gardens and Estate in Rothbury and saw them there.
Amanda xx

Great photos of the Red Squirrels - you must have been over the moon to see them :)

We used to see them a lot in the Lake District although numbers spotted have dropped in recent visits and we did see some on a trip to the Cairngorm's area of Scotland. There is a good population on the Isle of Wight but I have only ever seen a couple despite numerous visits there.

It is such a joy to get a sighting :)

Just to add too, we have a favourite hotel in Dumfries and Galloway which has red squirrels in its grounds!

Thanks for the comment on Powderham benchend carvings and the link to the Zennor mermaid. Will give a few links of interesting articles found on the internet re: West Country bench ends (although the second is more about Devon). You may have to copy and paste links
http://humanities.exeter.ac.uk/history/research/centres/earlymodern/projects/bench_ends/

Fascinating stuff :) If I find out any more will let you know!

Thank you all so much for your comments, observations and recommendations!