Ladybird Alert - Striped Ladybird, a first for me 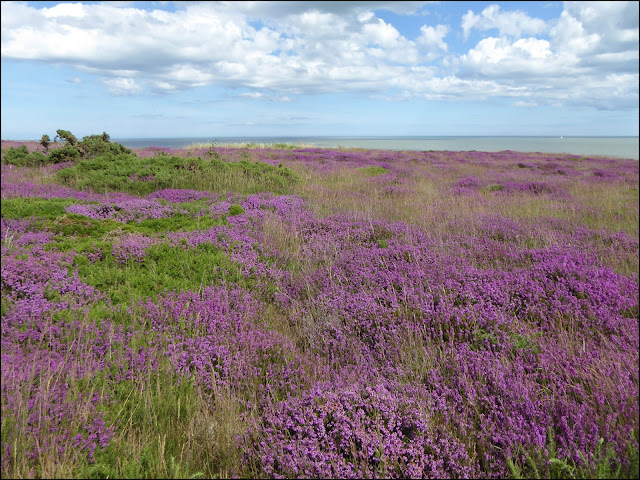 We took a walk on the magnificent heath at Dunwich on the Suffolk coast (just above Minsmere) this afternoon, and I remembered that I had still to post a photo of a ladybird I saw there on my last visit, about a month ago, back in June.

The insect was quite large, about the size you would expect for a Harlequin, but (unless I am completely mistaken) this was no Harlequin. It was a Striped Ladybird, a variety I do not recall having seen before. It feeds on brown aphids of the genus Cinara, which frequent pine trees, particularly Scots Pine.

This ladybird was crawling over a wooden bench, as you can see. I seem to recall that there were some pine trees in the vicinity, but I do not think that they were Scots Pine (which I have seen in Scotland, along the shore of places like Loch Maree). 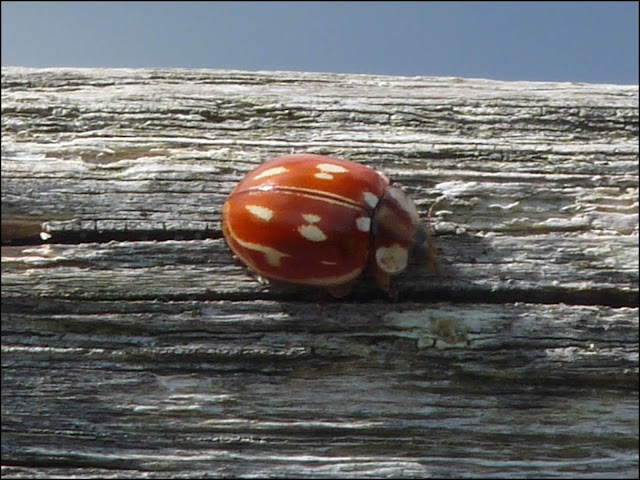 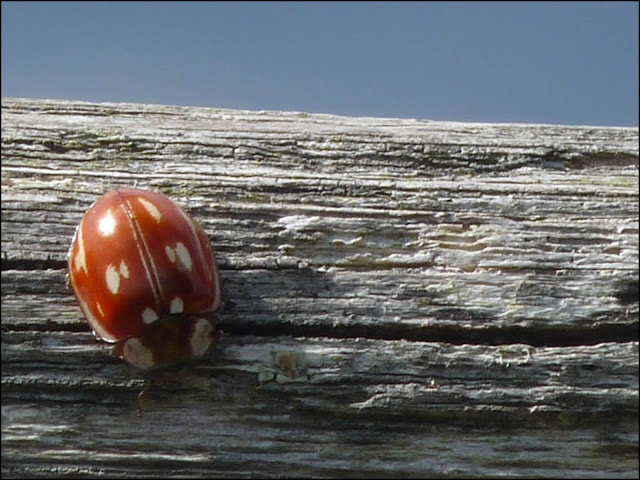 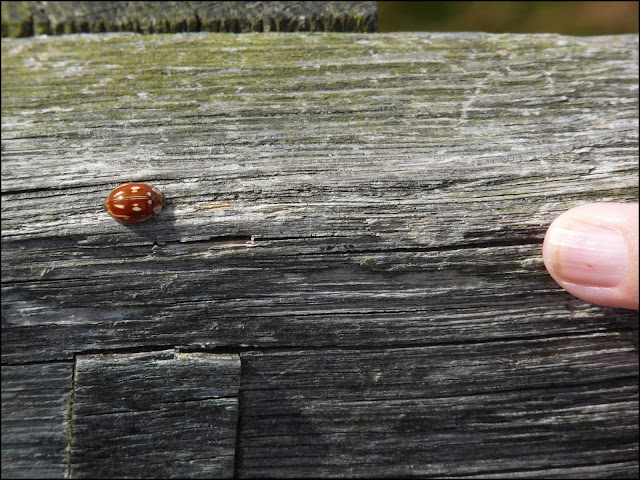 It looks like a little fly agaric fungus on the move!

Oh i guess this is the ladybird you want me to see. It is okay to put a link in my blog, as i already quit because nobody seems to read it anyway. I stopped trying to put AdSense in my blogsites so the links can go.

I also haven't seen ladybirds in our area anymore. But that certainly is not one i saw either. In FB i posted one which is brown no dots or specks, and i asked if it is a ladybird, but nobody replied. I guess you should see it, haha. But if you don't have FB account you cannot see it. Thanks anyway.

Thank you for your kind comments. I shall see if I can find the 'brown ladybird' on your Fb page, Andrea!