Holiday 3: A Day on Walney Island 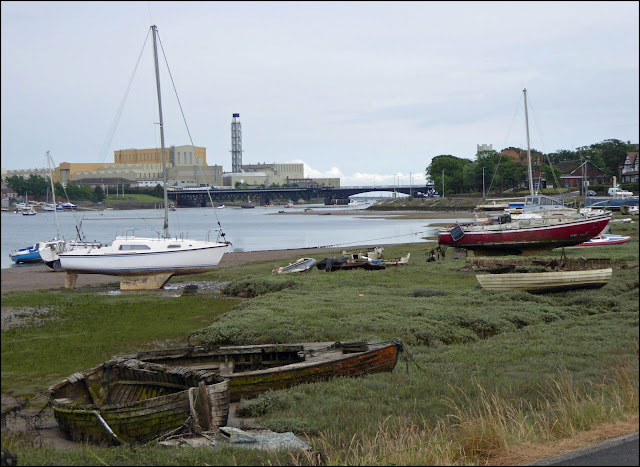 I had read that there was a Cumbrian Wildlife Trust nature reserve at South Walney, so after we had visited the ruins of Furness Abbey, we drove through Barrow and over the bridge in the photo above to Walney Island (which is the near side in the picture). It was a rather chilly day in June, and my photos testify to the fact that the sun was not much in evidence. 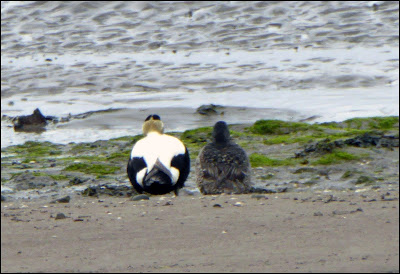 The island is not very large and we were soon on the reserve. I was thrilled to find Eider ducks in good numbers, including the pair in the photo above. 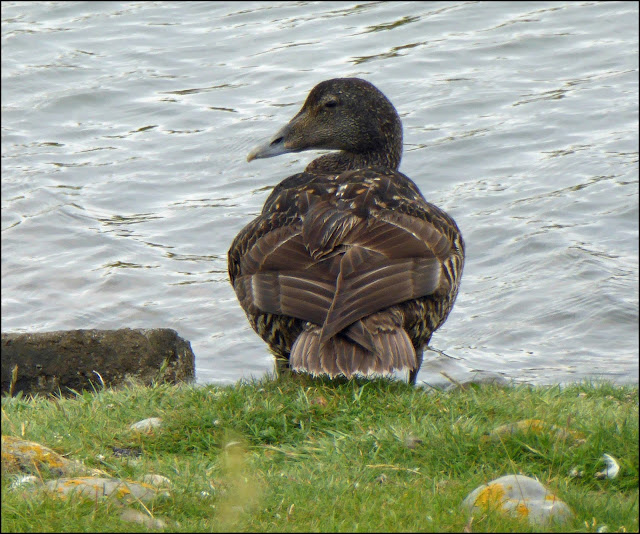 I gather that Walney Island pretty much marks the southern limit of Eider colonies on the west coast. Eiders are amber listed in terms of conservation, so the island is lucky to be able to boast 700 breeding pairs. The duck in the photo above is the female ... 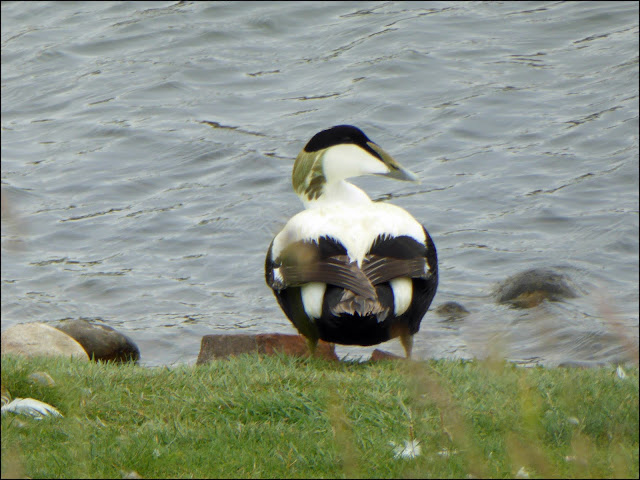 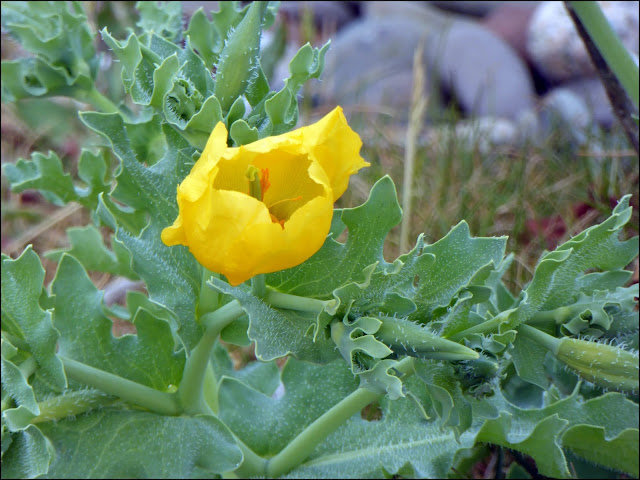 There are long expanses of shingle which provides a nesting area for various gulls, terns and other species such as the Ringed Plover. The Horned Poppy added a splash of sunshine to the scene. 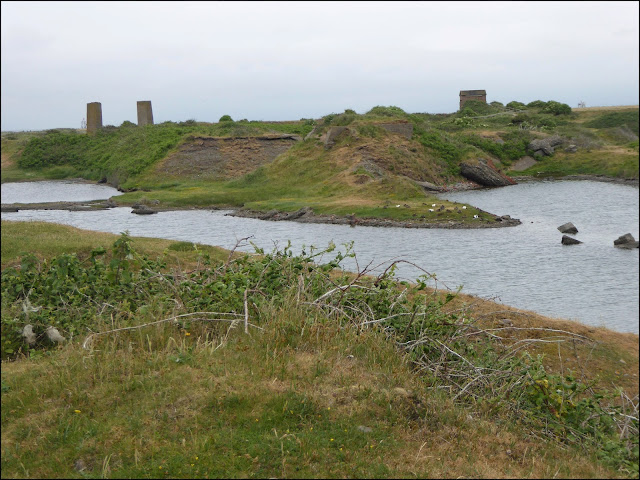 Can you spot the Eider ducks nestling on the grass of the remains of the Walney Salt Works, which closed in 1909? 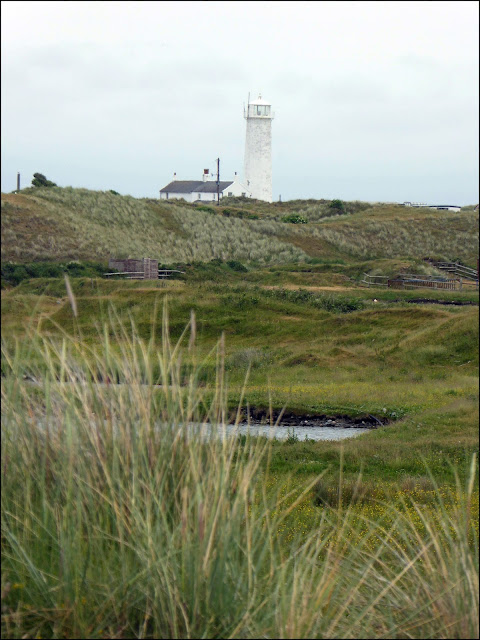 The lighthouse dominates the skyline. 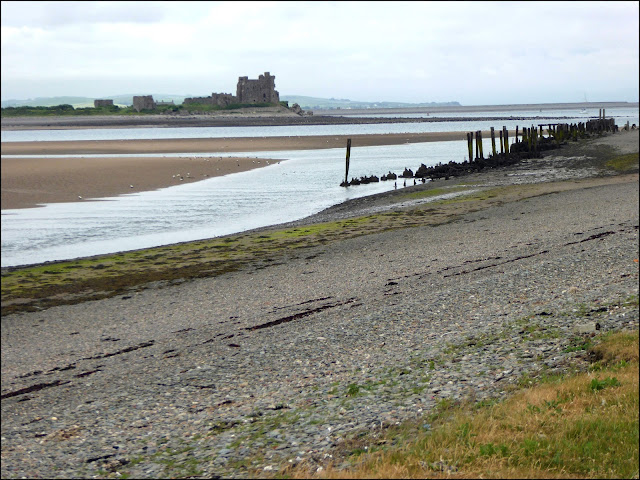 Piel Castle lies across the water, and can be reached by boat. In 1487 Lambert Simnel landed on Piel Island. The castle dates from the 14th century. 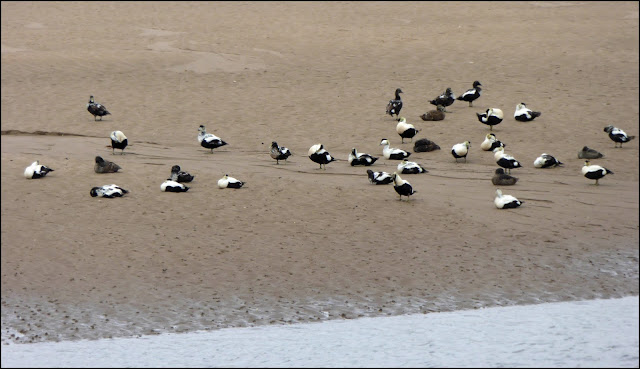 The photo above shows the Eider colony on Walney Island. 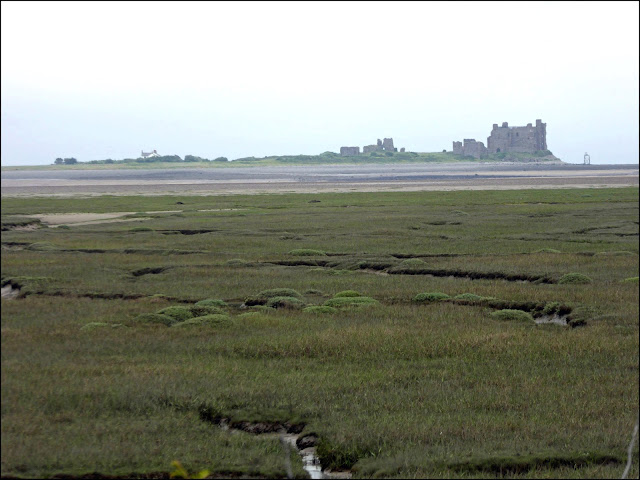 In addition to long shingle beaches, there are large areas of saltmarsh. 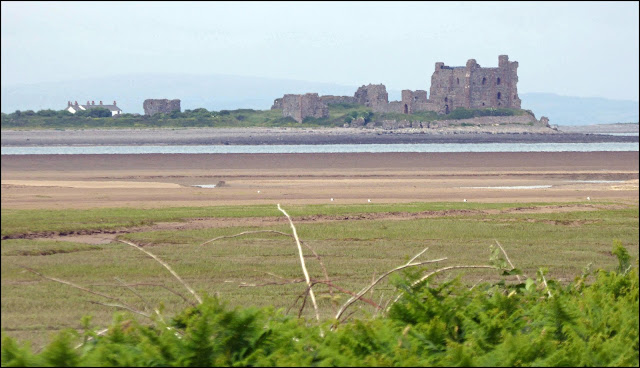 The photo below helps to give a sense of scale and also a sense of 'the remote', which is something that strikes the visitor after the hustle and bustle of Barrow. 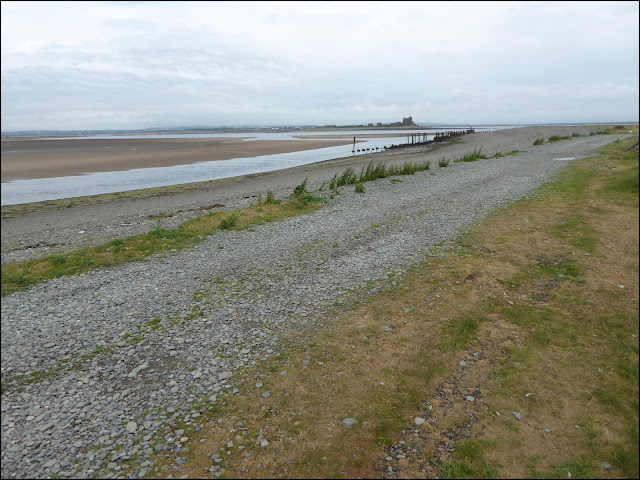 In a landscape that was predominantly grey, it was not only the Horned Poppy but also the tall spikes of Viper's Bugloss that added colour to the scene. We thoroughly enjoyed our visit, but all too soon we were crossing the bridge back to the mainland for a drive through the Lakes to our rented holiday property near Cockermouth. 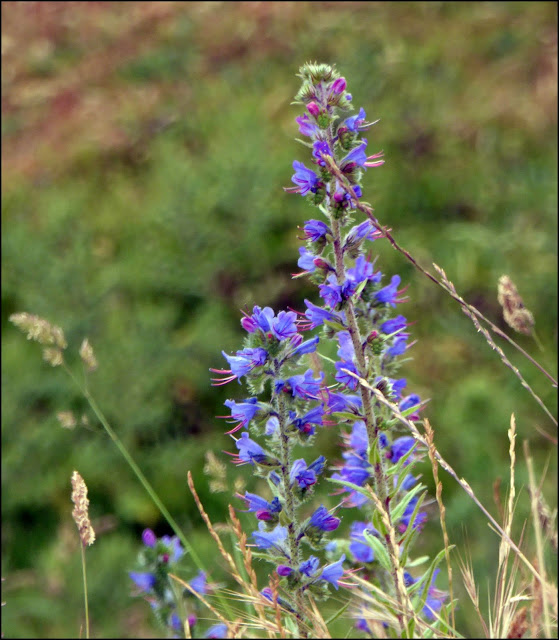 Lovely to see Walney again - haven't been for years and it is the only place I have ever seen eider ducks!