Butterflies and the 2016 Big Butterfly Count David and I put aside fifteen minutes at the weekend to do a butterfly survey at Dunwich Heath for the Big Butterfly Count. The heather has been superb this year, and the Small Whites were certainly out in force, as you can see from our results above. 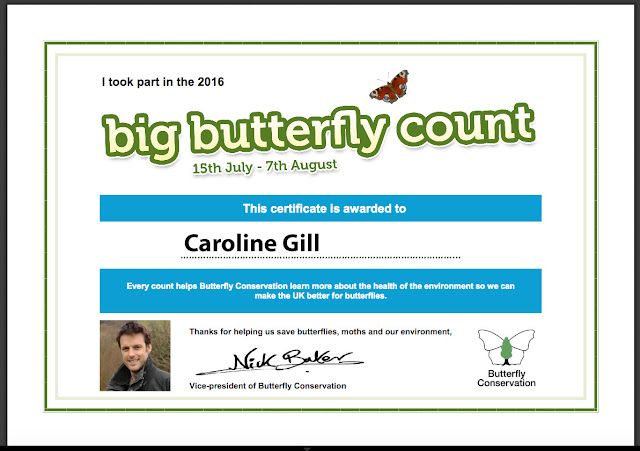 If you would like to take part in the count, you will find the instructions here.

I keep checking our own garden for butterflies. We have had one or two Large and Small Whites. Sadly the Skippers we had last year have not reappeared although we have refrained from mowing a patch of the yellow flowers (a form of Hawkweed?) that attracted them in 2015.

We saw few butterflies during our holiday along the Solway. I think we were just a bit early, given the chilly weather that we had at times.

There was a good show of Meadow Browns at Castle Acre priory last weekend. There were also a couple of Small Tortoiseshells in the monks' herb garden.

We saw a few Common Blues in a patch of heath at Dunwich some days ago.

NT Sutton Hoo has a few Small Coppers on the wing. They favoured sheltered lines of brushed-down grass in among the longer stems.

To add a bit of colour, here is a selection of the butterfly photos I have taken so far this year. The occasional moth species may squeak in, too.

At this point we leave Castle Acre... and move to NT Sutton Hoo.

And moving on to other sites:


The next two photos were taken on Dunwich Heath in rather dense area of vegetation.


And here is a butterfly in my garden ...


The next two photos were taken en route to Scotland (we took quite a detour though!) at Gibraltar Point near Skegness ...


The next photo shows a Peacock butterfly caterpillar. Look at those spines! This one was seen at Minsmere some weeks ago. 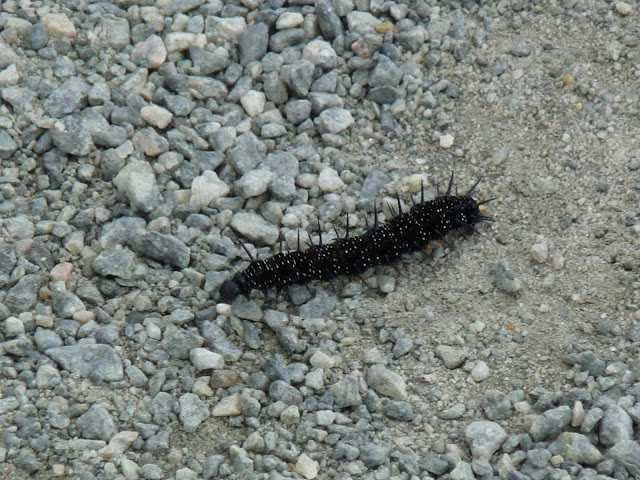 My final caterpillar is a Drinker Moth larva. I noticed it at Flatford Mill back in the spring. 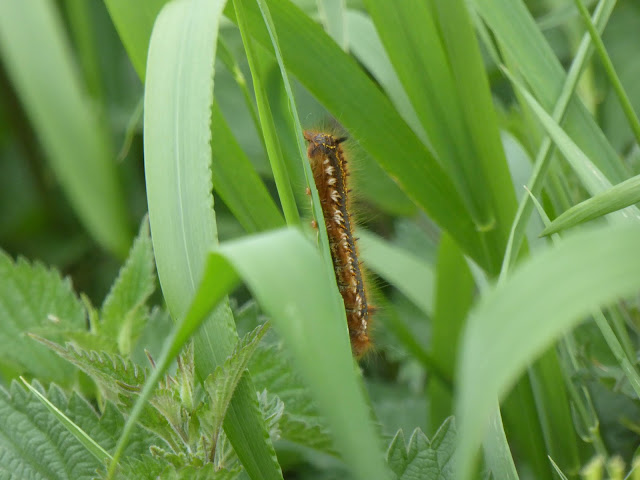 The Big Butterfly Count is largely about ... butterflies, though it does include a couple of moths, the Silver Y and the colourful 6-spot Burnet, two species I want to cover in a future post.

I hope the inclusion of a couple of different moth species - in addition to the photos of lepidoptera in the larval stage - has not detracted from the butterflies in this post. I thought it would be fun to show a selection of my 2016 sightings to date. Some are little more than record shots, but they all add a little flourish to my personal observation list. I am no expert and, as ever, would be delighted to hear from anyone who can correct an ID!

I will leave you with a photo of the beautifully recreated monks' herb garden at Castle Acre, which was a haven for butterflies when we were there last Saturday. 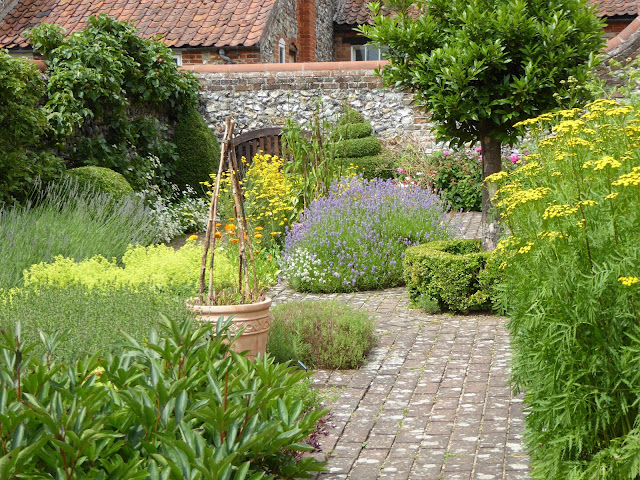 lovely photos of your butterflies Caroline! I've never seen skippers of any sort. I saw ringlets and meadow browns today and will be recording them for the Big Butterfly count

Hi it's Mark from Lincoln. Please check out my latest poem blog, poemblog6.blogspot.com. There are a few Butterfly shots. Sadly not getting so many these days. Best wishes Mark.

Lovely butterfly and caterpillar photos and good to read of all your sightings. I haven't seen a Small Tortoiseshell or a Small Copper yet this year. I do the BC butterfly count each year in the garden, usually several times, - its great fun and good to know you are contributing to knowledge of butterflies :)
The herb garden looks superb :)