Holiday 2: Amphibian Encounters around the Solway (north and south of the Scottish border) 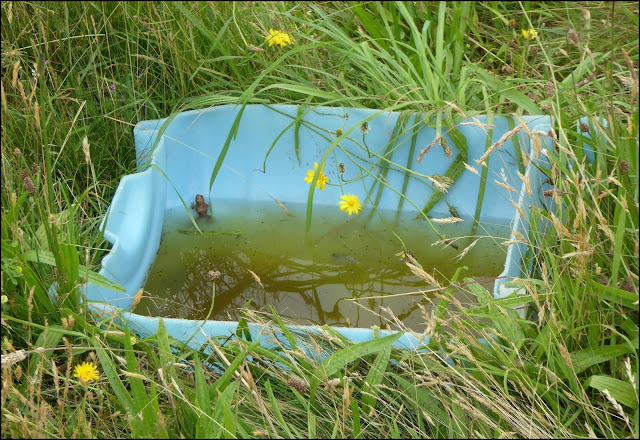 I know a good place for tadpoles here in Suffolk, but we do not often see frogs or toads in our local patch. Last weekend was an exception when we saw this little fellow, in the two photos above, poking out of what I presume was a drinking bowl for sheep at NT Sutton Hoo. The warty skin suggests a toad to me, but I may check by posting a photo on iSpot, particularly since the upper abdomen (probably the chest cavity) seems swollen.

On our recent holiday to the Solway estuary, we saw more toadlets and froglets in one hour than I have ever seen in my life (though we saw good numbers of toads crossing the road last year near Kilmartin).

This time the creatures were so tiny that we had to be incredibly careful not to step on them. It was a moving and fascinating experience, and one that poet Neil Rollinson wrote about during his residency with the Wordsworth Trust. The sad part (and having watched BBC Springwatch and Unsprung 2016, I use the 'sad' word with some trepidation!) is that far from all will reach maturity. I hope, however, that a good number will survive to boost the population in the lovely Eskrigg Nature Reserve near Lockerbie.

You can see in the three photos that follow that most were comparable to a short pine needle (or perhaps a 20p piece or needle from a yew tree) in body length.


The next couple of photos show something of the landscape in the reserve - the pine forest with its moss and hummocky mounds ... 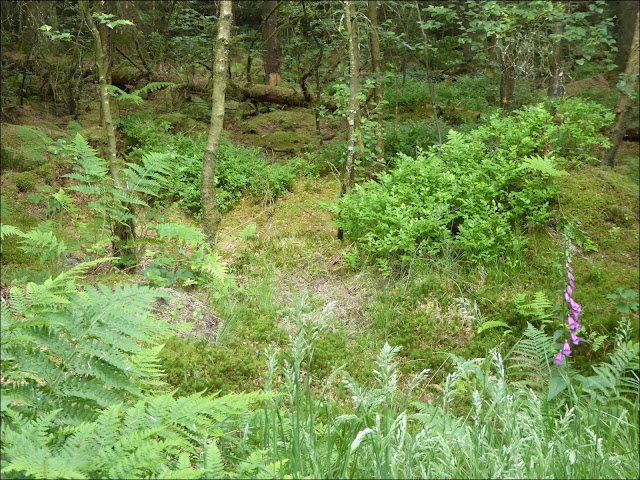 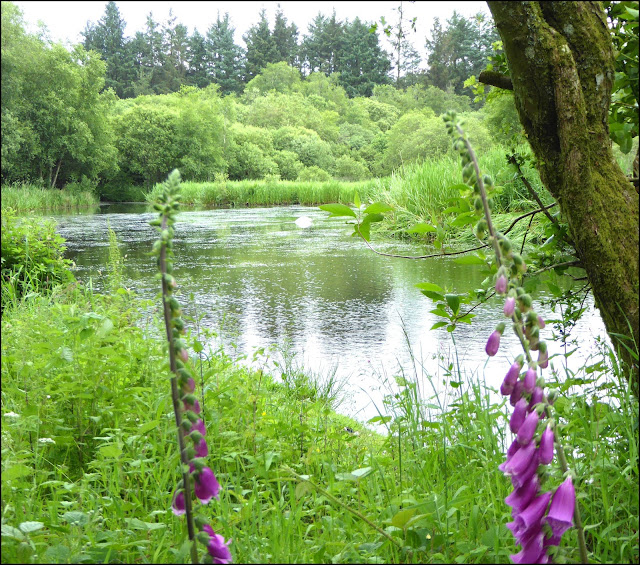 The only adult frog (a Common Frog, I believe) that we saw during our first week away, while we were south of the Solway, was this one below, who was strolling across a rough track at night in the vicinity of the River Cocker. David got out of the car to take the photograph for me. The light lateral fold is clearly visible, and the striped barring on the hind legs is well defined.


On one of our expeditions, we found ourselves on the Furness peninsula. We had been told that there was a good place in the care of the National Trust for a waterside picnic; and although we actually moved on up the coast to eat, we were thrilled to discover a Natterjack Toad pool at our first port of call. Male Natterjack toads can sometimes be heard calling to the females on balmy summer evenings. It must be a special sound. It is terrific that the National Trust is working to conserve the Natterjack, which has a distinctive yellow stripe along its back. 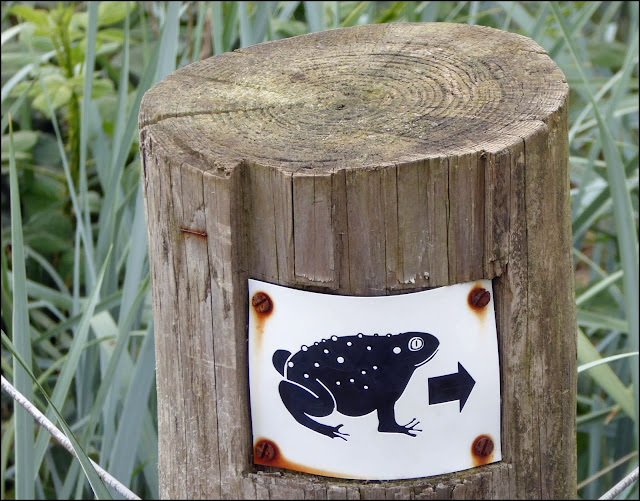 The photo below shows the pool - and you can see that it is fenced off to give added protection to the spawn, tadpoles, toadlets and adult Natterjacks. There are only 60 known sites in the UK inhabited by these toads, which are protected by law in all stages of their development, and consequently should not be disturbed. Full marks to the National Trust and other bodies for protecting the Cumbrian population of these special amphibians. 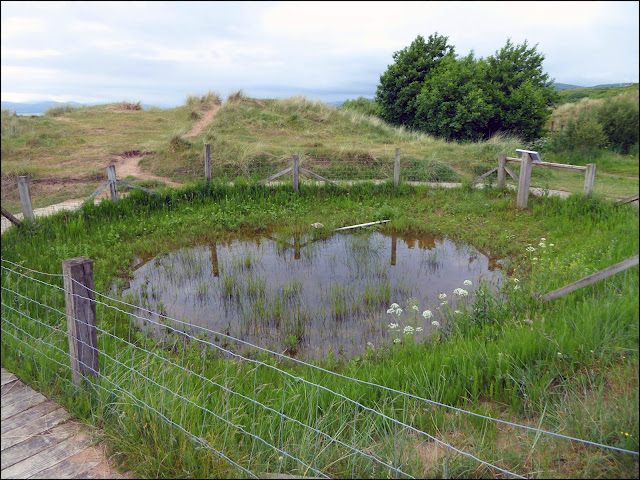 Hello Caroline, we haven't been to each other's posts lately, i am sorry i haven't. Those tadpoles are interesting, but i haven't got into photographing them on purpose. During my last official travel out of the metropolis we found a few very very small frogs maybe just slightly longer than a centimeter, but i failed to take photos as they jumped on the path we are taking to the museum. And the rain droplets are getting bigger, am sorry i didn't have the photos of those. Best regards....Andrea

Lovely to see frogs and toads of all types! Your first photo is wonderful!

Hello, pretty scenery and I enjoyed the frogs and toads. Happy Thursday, enjoy your day!

Lovely to see the frogs and toads, have been lucky enough to see a Toad this year in Northumberlad, while I was a way most of my tadpoles had left the pond as little frogs, just hope they come back next year...
Amanda xx