Day 30, Final Day of #30dayswildcreativity: The Sea and its Islands

I discovered very early on that I enjoyed drawing. When I was about four or five I was asked to draw Noah's Ark, a challenge I relished as I loved animals. I also loved the sea, being by the sea and paddling: it took me a long time to learn to swim. Sadly I failed to keep that drawing, but the version in the stained glass above always make me smile when I see the dove being sent off to look for dry land in one panel and the dove returning in another with what must be the olive leaf in its bill.

There is something about setting off from the security of the shore and heading out into the vastness of the ocean. I was a timid swimmer and it was many years until I was finally awarded my bronze Personal Survival Medal. I am also a timid sailor in choppy seas. But I love a short excursion out into the ocean, particularly when there is the lure of an island at the far end of the voyage.

Back in 2011 we were holidaying in Lochinvar in Assynt in the north-west of Scotland. The weather in that magnificent region is very unpredictable, though it is usually safe to predict rain. We checked the weather forecast at breakfast and decided that all was set as fair as it was likely to be. 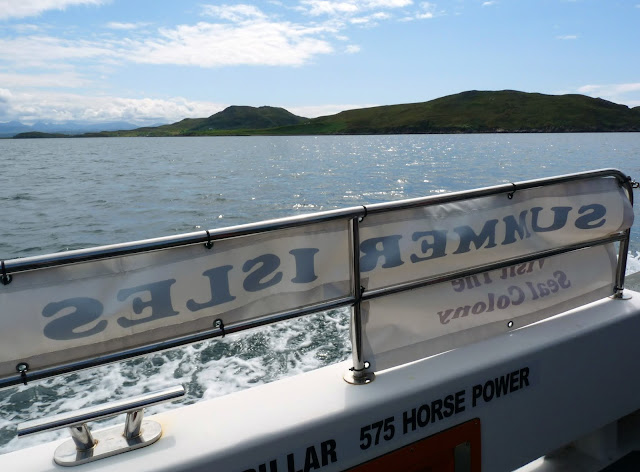 We boarded a vessel to the Summer Isles and set out in fine weather... 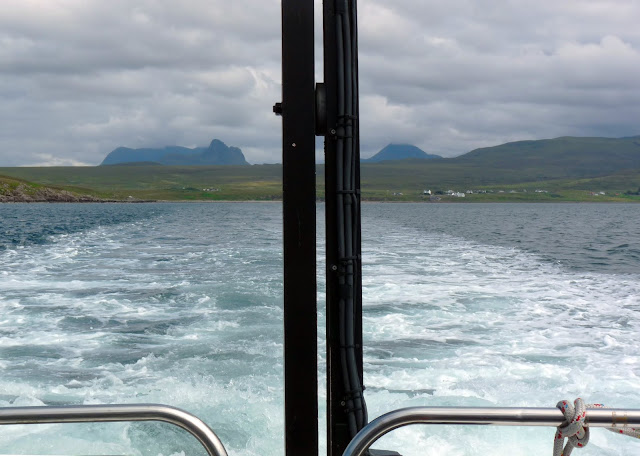 ... and were soon leaving the brooding silhouettes of Stac Pollaidh and Suilven behind. 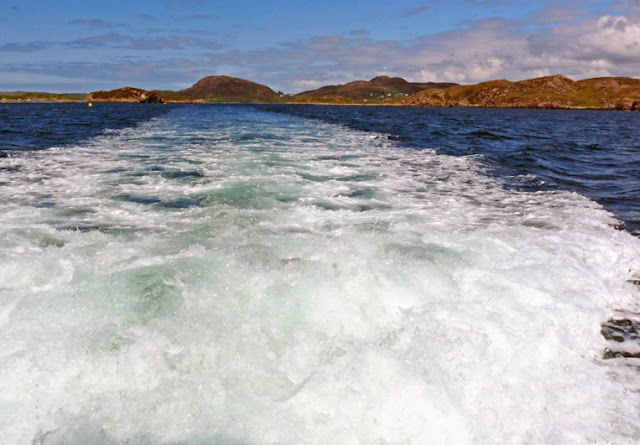 A few minutes later the sun came out and we were able to feast our eyes on these intense ocean blues. 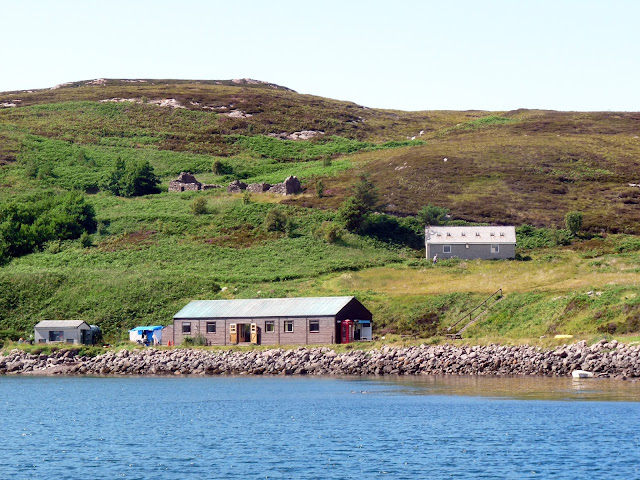 By the time we reached the island of Tanera Mòr, it had turned into a beautiful afternoon. 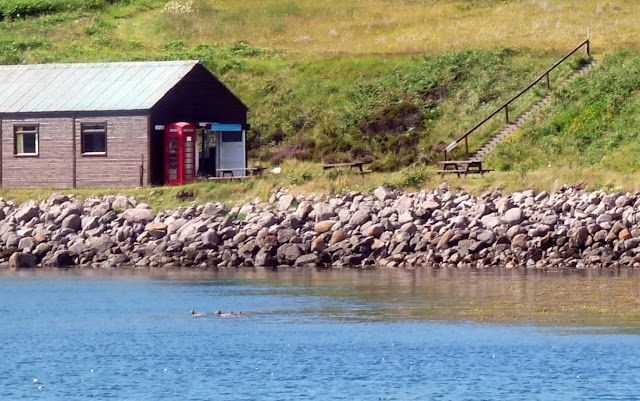 There was just time to call in at the Post Office, which has been issuing its own stamps since the 1970s, before heading back along the bank to enjoy some local wildlife. Stamps bought on the island can only be used to transport an envelope or postcard as far as the mainland. Thereafter a missive will only reach its destination if it also carries a regular stamp. 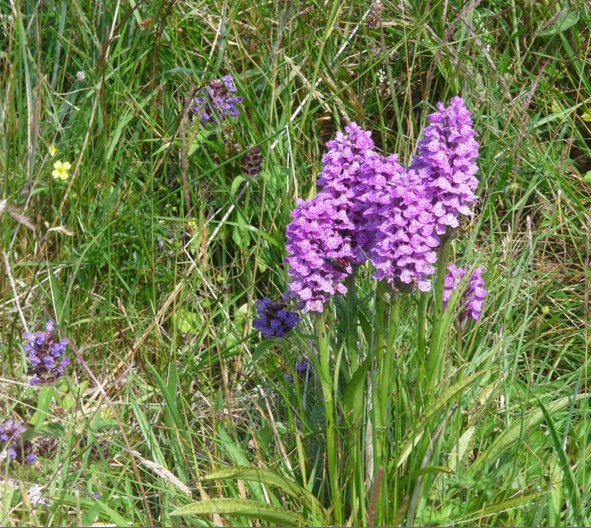 We noticed some orchids, and as we drew closer we saw... 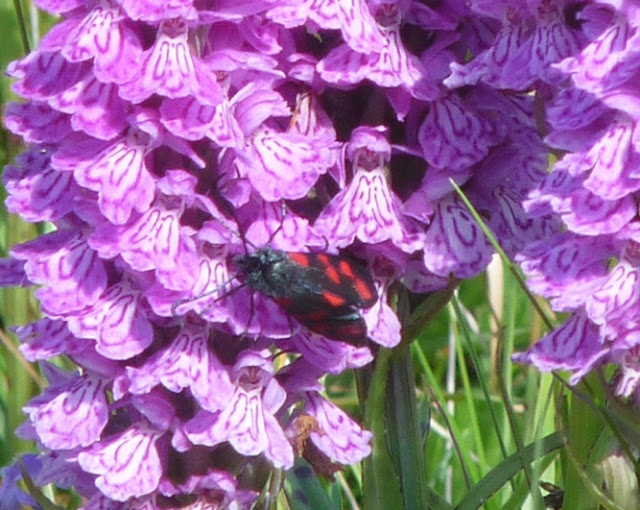 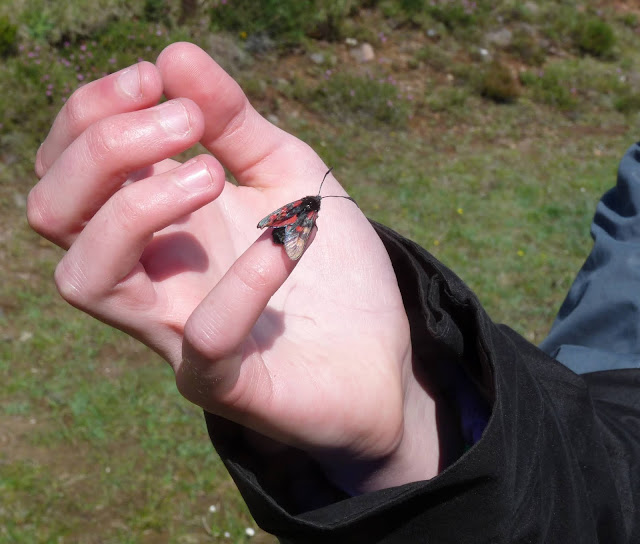 ... and this one that landed on David's hand. The bank was full of these colouful insects, and judging by their shiny appearance, I think they had just emerged and were drying off their wings in the bright sunshine. 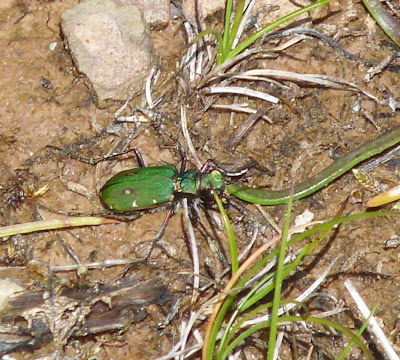 Another surprise took the form of this impressive (and ferocious) Green Tiger Beetle.

Our time on this special island was fast drawing to a close. I looked up at the remains of an old dwelling and paused to wonder what life would have been like in the 1880s when a population of 119 was recorded. Doubtless many, or most, of these would have been linked to the herring industry.

Everything changes, including Scottish islands. Tanera Mòr has been sold since our visit, and a new vision is taking shape. 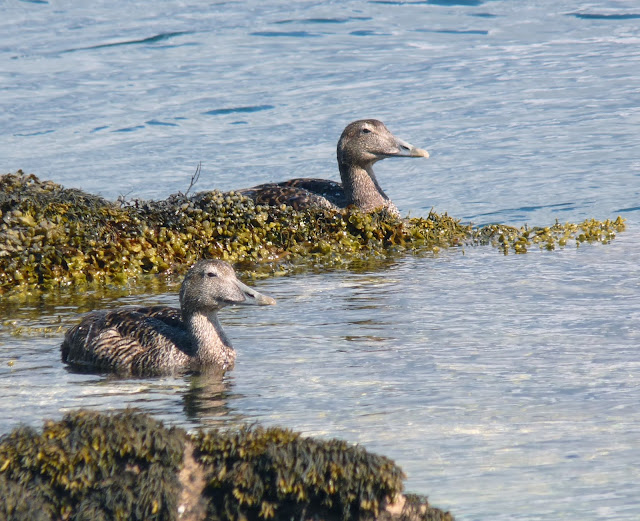 As we waited by the shore for our return voyage, we watched these female Eiders drifting through the tranquil waters. 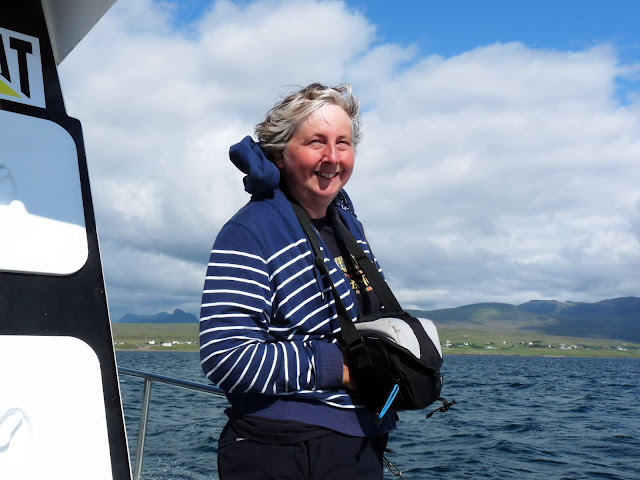 The photograph above shows me in my element aboard a boat on the water in fabulous weather, and with the mainland not far away. The Tate (Tate Britain, I believe) holds an 'aquatint on paper' of the pier at Tanera Mor, produced by William Daniell, who died in 1837, the year before members of my Scottish family emigrated from the Cairngorm area under the Lang Bounty Scheme, via Oban, to Sydney. What a voyage that must have entailed. Their fortitude is something I find hard to imagine; but, like Noah on Mount Ararat, they reached the safety of dry land.

This post was written in response to Dr Miriam Darlington's final #30dayswildcreativity meme on her Facebook page. We were invited to write about something we had fallen 'in love with as a child', and I have chosen to focus on a number of different threads, many of which weave together in my life as I enjoy the natural world and its oceans. 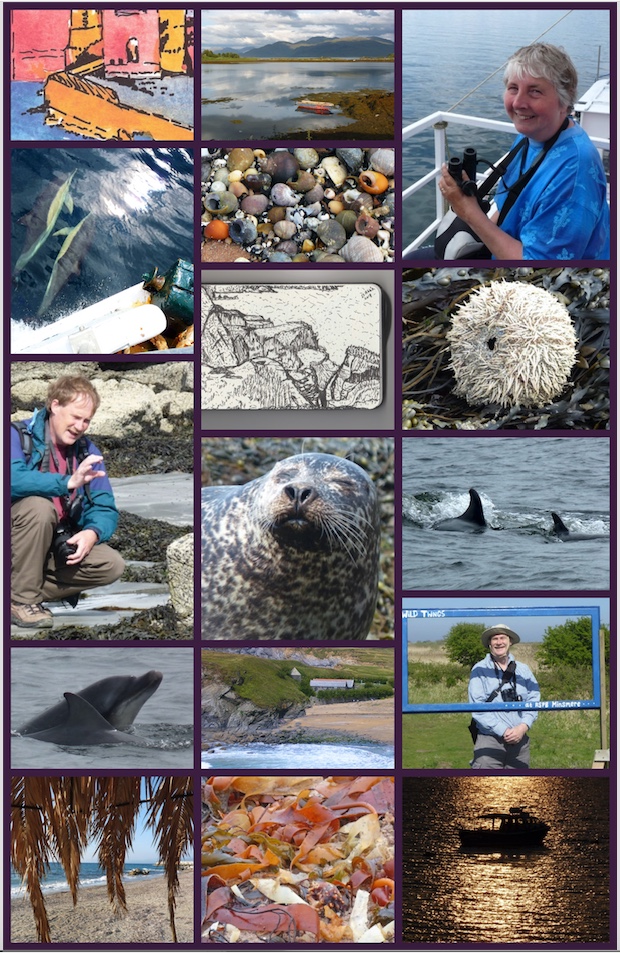 Thank you, Miriam, so much for your inspiring themes and memes. I have thoroughly enjoyed responding to them in word and image. Thank you, too, for the literary excerpts and poems you have introduced us to along the way.