This was the world we left behind, a patchwork of flooded meadows, illuminated by the last tinge of a rosy sunset. We had been up on Dunwich Heath earlier that afternoon, enjoying the company of Hebridean sheep and views of a Stonechat on its gorse lookout. I was surprised that the coconut aroma of the gorse was so rich and intoxicating at this point in the season. How wonderful it would have been to have bottled a little of it to counteract the smells of hand gel and disinfectant that were to irritate my nostrils as lockdown took hold.

But here we were, in the evening light, faced with a flooded road. A couple of cars came up behind us, probably full of hungry birders on their way to the popular Eel's Foot Inn at East Bridge. We have found high water levels in this area before, but this was the most extensive flooding we had encountered in this spot.

This was the scene that lay before us as we drew closer... 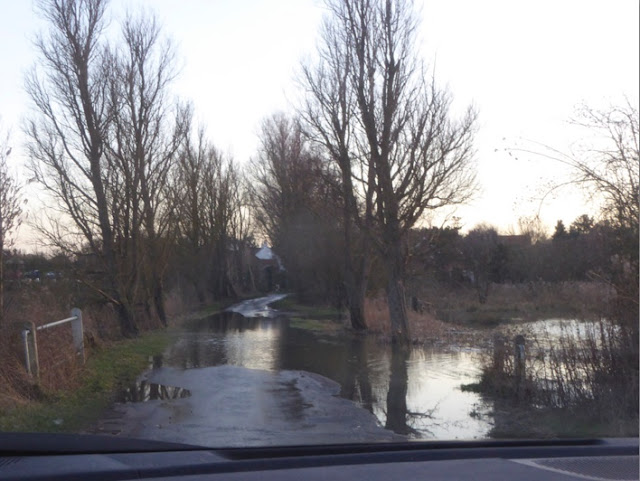 The last glimmer of light was ebbing away. It was time to cross the gulf. 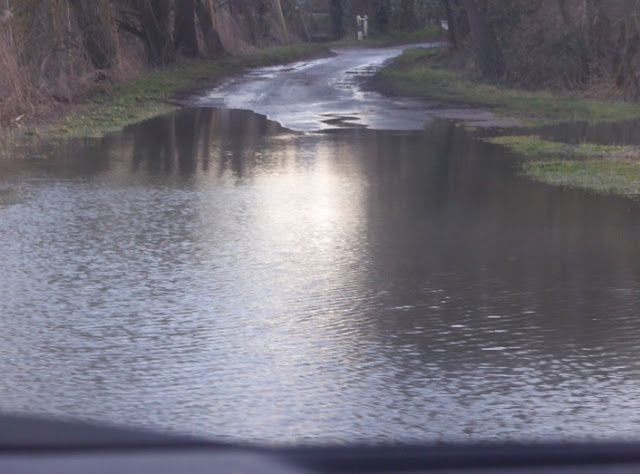 I am glad to report that we reached the other side with the car's brakes in working order. 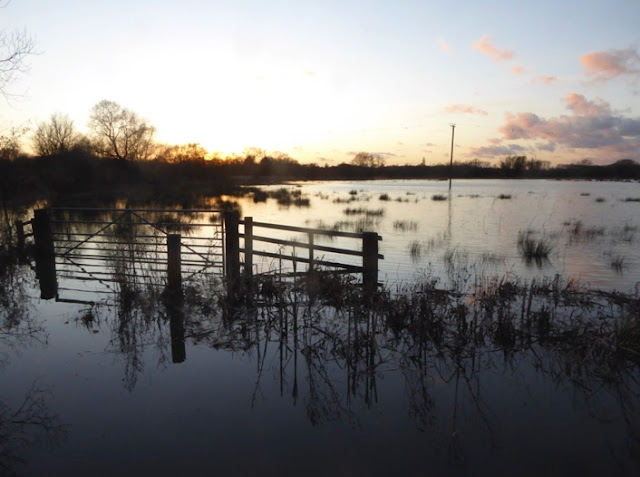 The flooding remained, of course, but it would subside in time. We had taken our first metaphorical steps, steps we continue to take in these unusual days and nights, towards horizons that are familiar and yet distinctly altered.

This post was written in response to Dr Miriam Darlington's #30dayswildcreativity meme on the theme of 'The Ford', acknowledging, in Miriam's words, that 'sometimes we have to make a crossing we were not expecting, a journey we didn't want to take...'

A wonderful response Caroline, and I loved seeing the pictures of the area - I hope to go there after the lockdown is over.

A lovely post and photos. Always worrying driving through a flooded road or ford!

Lovely photos. I definitely agree with your comment about horizons that are familiar yt distnictly altered