Thanks to Dr Miriam Darlington's #30dayswildcreativity meme, I have been pondering the difference between being a 'guardian' and a 'gardener' today. But are these two roles mutually exclusive?

Consider a piece of land. Is it best to...

(a) leave it entirely to its own devices, and see what grows, perhaps as a result of seeds blown in the wind?

(b) tend it by using all that modern science can provide, including chemical sprays, electric strimmers and the like, so that it looks like a pristine show garden?

(c) say 'no to the mow' and to chemical insecticides, but enhance the patch by sowing seeds that will bring wildlife in?


Readers of this blog will be aware that we made a pledge with Suffolk Wildlife Trust (SWT) at the SWT Summit last year to allow our grass to grow. A micro-meadow has formed, and is only interrupted by a strip that, as a shielded person, I use for daily exercise.


Apart from the positive but passive step of letting the grass grow, have we done anything in a proactive way to enhance our patch?

Well, yes we have in a small way, and with a little help. One of the most significant things we did was to join Butterfly Conservation. 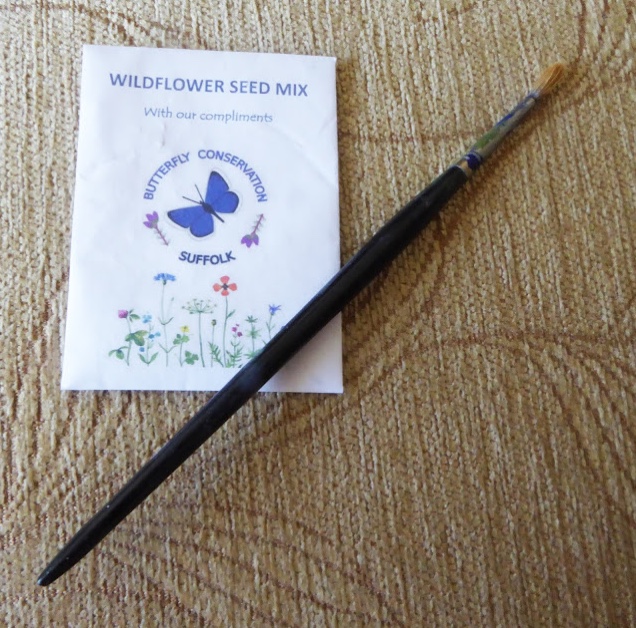 This is what happened...

(1) The Suffolk branch gave us a packet of seeds that would grow into flowers for pollinating insects to find.

(2) We sowed the seeds and watered them when it was necessary to do so.

(3) The seeds germinated and grew into seedlings and then into stalks with buds.

(4) The flowers opened and we had a burst of bright blue, gold and white flowers to enjoy.

(5) As you can see from the top photo, insects came to pollinate these flowers.

(6) We had insects, including moths, butterflies, ladybirds, bees and hoverflies, to enjoy.

(7) Creatures higher up the food chain had insects to eat.

(8) We had birds and even a few bats coming into the garden.

*
Has it been a case of win, win, win? Well, almost. The only fly in the ointment so far has been the blackfly. Like many others this year we have had rather more of these than the ants, ladybirds and other insects seemed able to eat. But this has been a small price to pay for a garden that has been rewarding us with a bright splash of colour and the whirring of wings.

As in all things, a sense of balance goes a long way, and it seems to me that we can be responsible and proactive guardians. Reserves like Minsmere are fabulous habitats for rare species like adders, bitterns and marsh harriers. They are successful, it seems to me, because they are managed with care by those who apply the necessary ecological knowledge.

Mine has hardly been a scientific experiment here in our suburban patch for we don't know what would have happened if we had followed course (a) or course (b) above. What we do know is that we have had the satisfaction of working (well, hardly 'working') alongside nature, and have been richly rewarded. Only this morning we watched a shower of spiderlings disperse from their nursery web. Yesterday a Leaf-cutter bee flew into one of our insect houses with a disc of cherry leaf. And since I began typing this post, a large Stag Beetle has flown past my window, bringing a smile to my face.

If you would like to consider what it means to be a 'guardian' rather than a 'gardener', do head over to Miriam Darlington's Facebook post for 28 June 2020, where you will find a link to a YouTube presentation, offering further food for thought.
Posted by Caroline Gill at 22:07

Lovely - and thanks for the link

Love the beautiful flower. Gardener are like guardians of the land. I am sure your patch is a haven for the birds, bee and insects. Enjoy your day, wishing you a happy new week!

It is a wonderful idea and thanks for the link. It is good to read of what you are doing to improve the garden and the wildlife you are seeing. Just a few small steps can make such a huge difference :)

Thank you for your thoughtful thoughts Caroline, and for sharing.. I am inspired by this to join Butterfly conservation too!