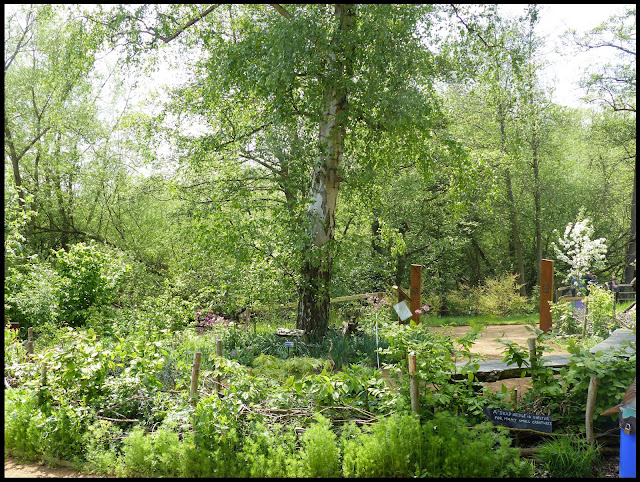 We went off in search of some sunshine after a grey cloudy spell, and having checked the forecast carefully, were delighted to find the Stour Estuary around Flatford Mill basking in a glorious summer day. The RSPB Wildlife Garden above was burgeoning with new greenery. Listings on the board included a grass snake in the water, and there was a good show of Orange Tip butterflies in the air. 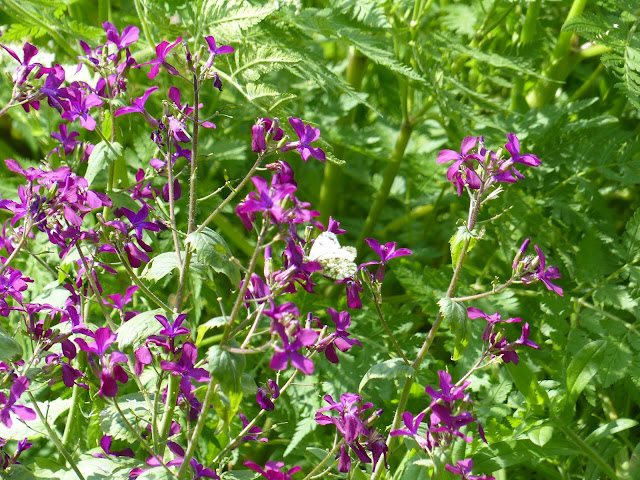 It was very difficult to photograph the butterflies as they were active and airborne nearly all the time. I managed to get a 'quick pic' of this female Orange Tip as she came to rest momentarily, presumably for some nectaring. 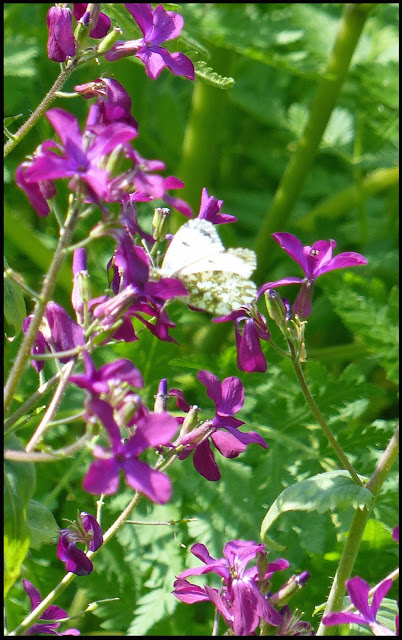 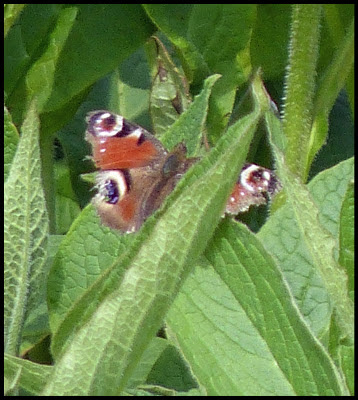 There were a few ragged Peacock butterflies along the tow-path, and we also saw a couple of Small Tortoiseshells. 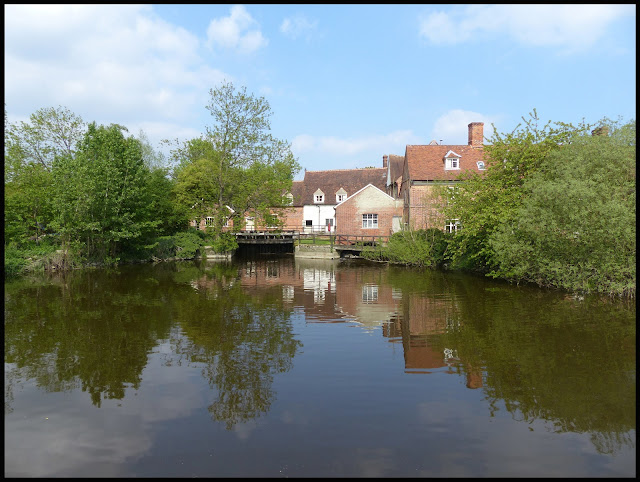 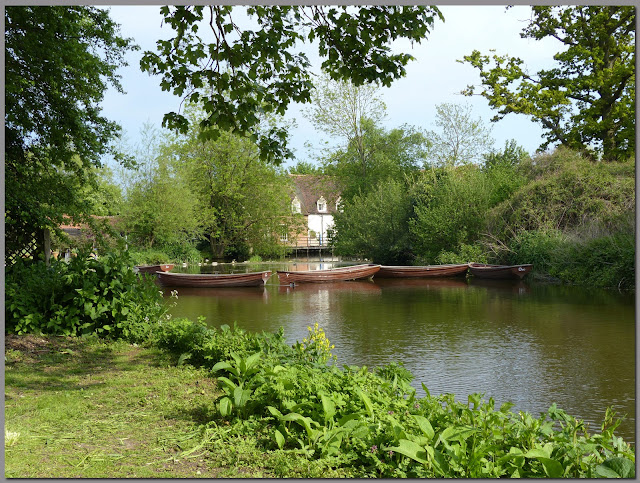 ... and it is easy to imagine Constable living in this area and drawing inspiration from the scenes that were so familiar to him. 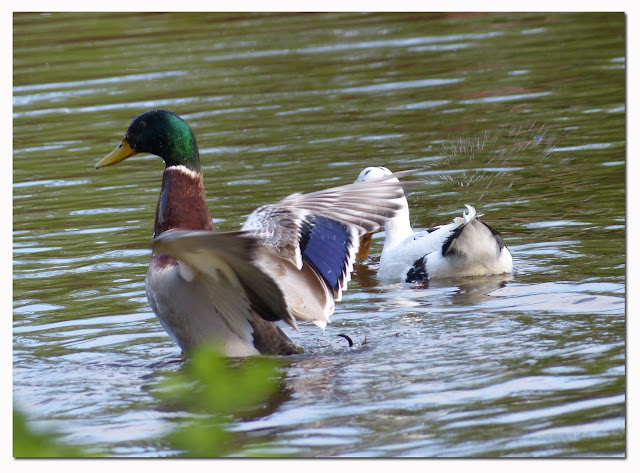 The ducks were flapping about, but we didn't see any ducklings. There was a bit of rivalry between these two!

I am glad you had a great day for your outing. The flowers and butterflies are pretty. Great shots of the ducks. Have a happy week ahead, Caroline!

Fabulous duck pictures Caroline. I suffer in the same way trying to catch butterflies before they flutter off. Very embarrassing if someone can see you but not what you're trying to photograph. I even toppled over once when someone was far too close to have missed it.