During our day at the Carlton Marshes Nature Reserve near Lowestoft, we spent some time watching the boats on Oulton Broad. There were a few gulls about, but one of them looked a bit different. I reached for my binoculars and saw this Common Tern, resting on the covered boom of a sailing craft. Perhaps it had just arrived in the UK. I have seen Terns on the island of Skye, but this was a first East Anglian sighting for me, despite the fact that the Tern is the icon of the Norfolk Wildlife Trust.


So I will add it to my 2013 list, along with some other birds that I have encountered since my list of 8 April. Other species of bird seen since that date include ... 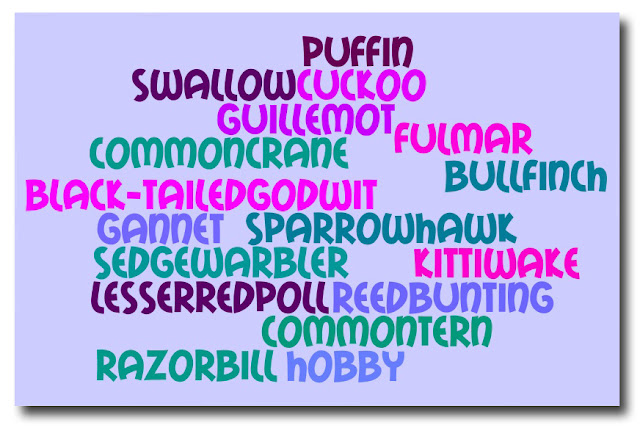 Terns are so nice to see in flight. They are perfect dive bombers.

I love the Terns, they are great birds. It looks like you saw other wonderful birds too, I would love to see a Puffin. Great shots and post.

That black head is so beautiful. I'd love to see a Puffin too!

Early June 2013 I saw 2 black barred geese with a group of greylags, just arrived possibly. Oulton Broad where it ends at the railway. Are they still rare down south?