When I was a child of about thirteen, we lived in Norfolk and would occasionally play a board game backed by the RSPB, called 'Conservation'. I liked birds at the time, but knew little about them. As a result of playing the game, I learned about the UK conservation status of species like the Avocet, the symbol of the RSPB itself. I don't think I could have guessed then that by 2013 I would have seen my first Avocet chicks back in East Anglia! 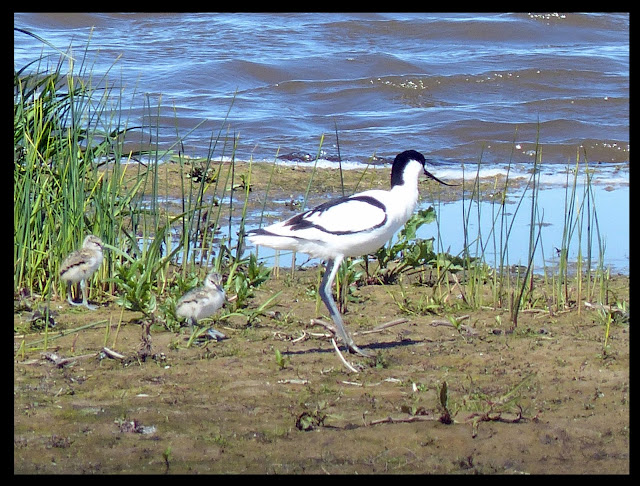 However, this last Bank Holiday weekend saw us perched in a hide with binoculars and camera, watching three fluffy, feisty youngsters. 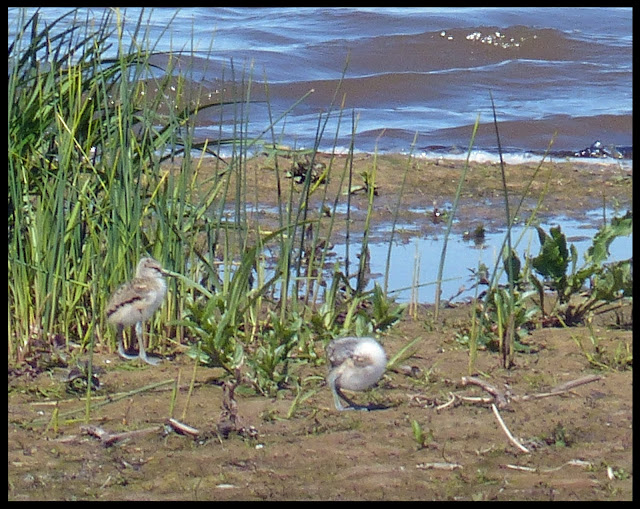 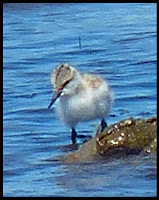 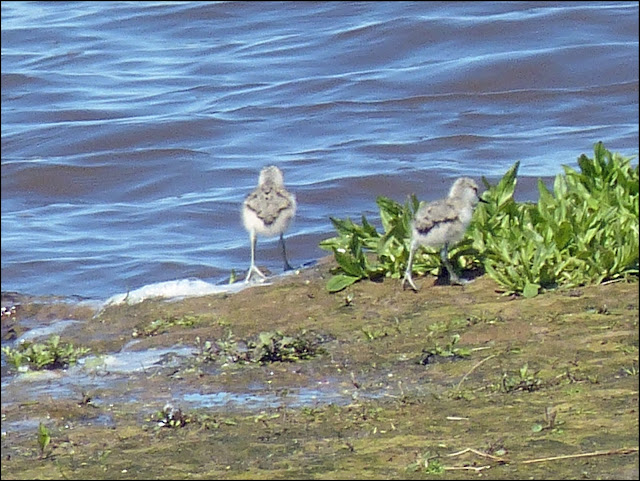 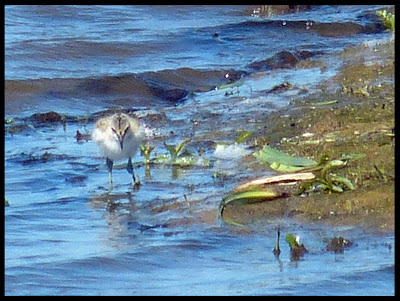 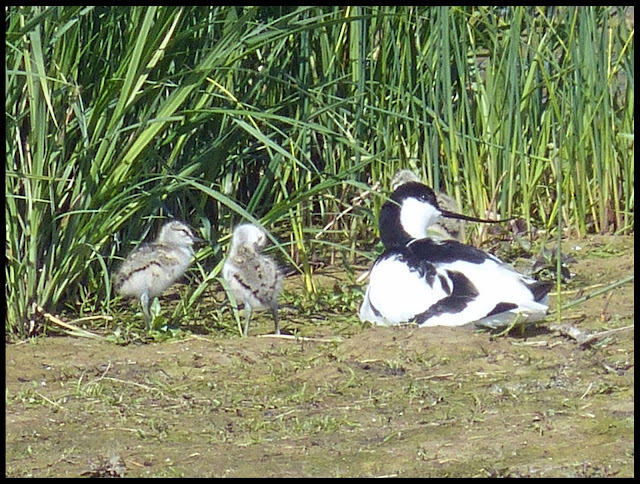 The Avocet had nested on a small area of land surrounded by water, so her chicks could run about in relative safety. 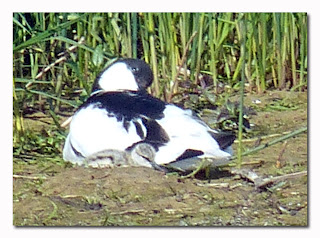 Do take a moment to read the story of the Avocet's demise and come-back here! 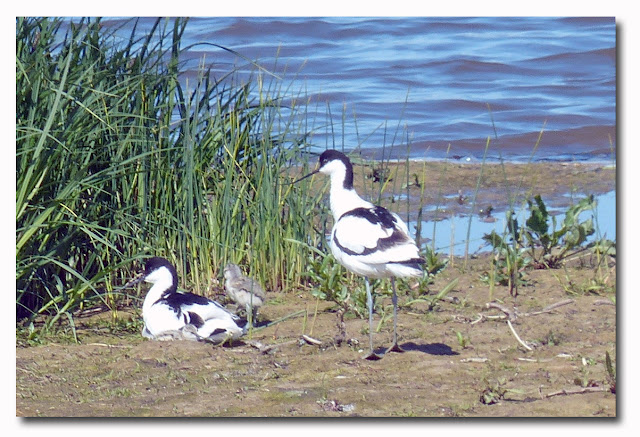 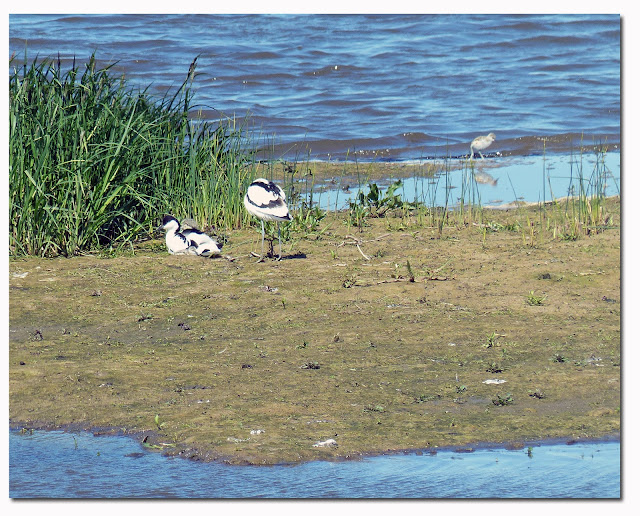 These are wonderful photos! How special to get to see the babies. I love the photo of the mom lying down by the chicks. Great!

what lovely photos. I saw my first avocets recently, such astonishing birds, must have been amazing to see the youngsters too! We used to play Conservation too, still do in fact sometimes when we visit my parents

I've never seen one in real life but your pictures are a good substitute - thank you!

Cute shots of the Avocets and the chicks. They are adorable birds. Great post, Caroline!