We had been told that Arger Fen was a good place for bluebells, so we decided to see for ourselves. The reserve, not far from Sudbury in Suffolk, belongs to the Suffolk Wildlife Trust. There were wonderful deep swathes of blue flowers, reminding me of the days long ago in the 1960s when we used to dance 'in and out the dusky bluebells' at nursery school in Kent. These days the flowers are a protected species. 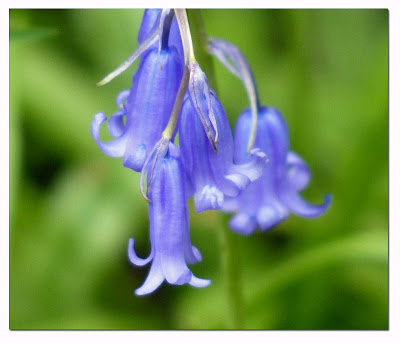 We heard a male Cuckoo calling overhead, and sheltered under a tree to listen. Since the early 1980s, Cuckoo numbers have been in decline for about 30 years, and the bird is now a red list species. Having said that, we have heard more Cuckoos so far this year than in practically all previous years put together. We caught a fleeting glimpse of the male this afternoon as he sped through the trees once his song was over. 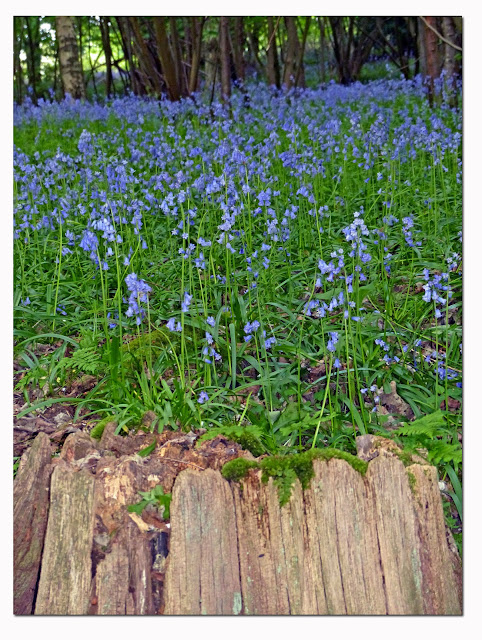 It was lovely to smell the Wild Garlic wafting in our direction ... 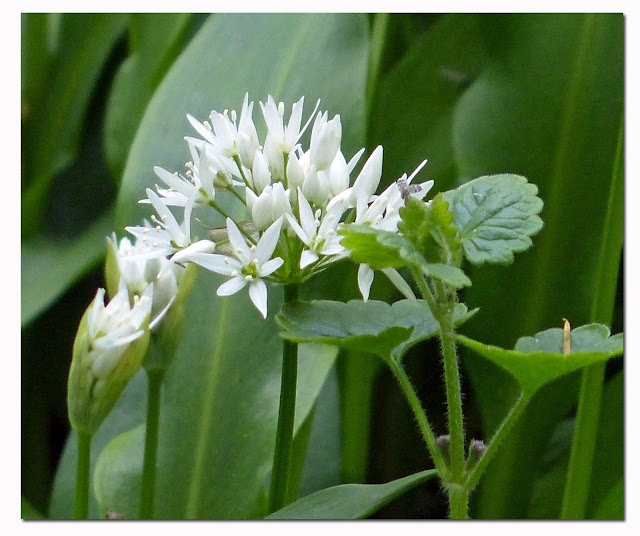 ... and there were plenty of Horsetail appearing in the swampy areas ... 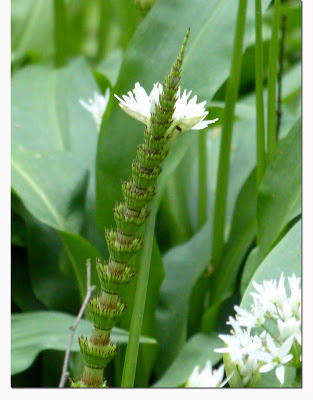 ... but the Bluebells stole the show. 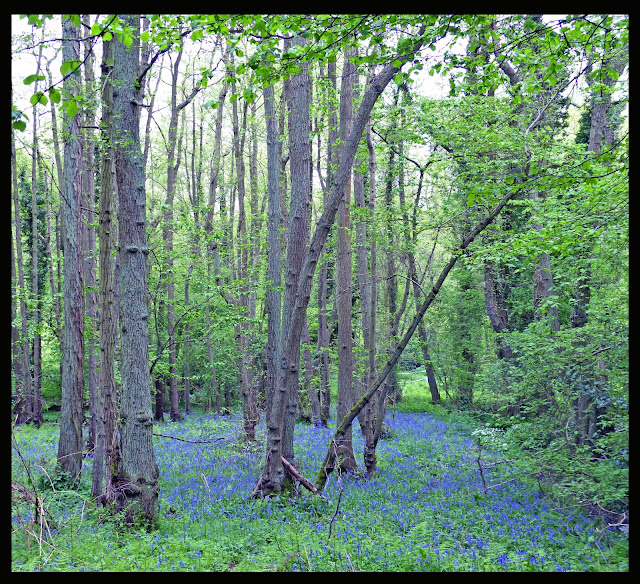 Arger Fen is one of only two woodland sites in the east of England to have wild cherry trees, and I kept a sharp eye out in the hope that I would see them. 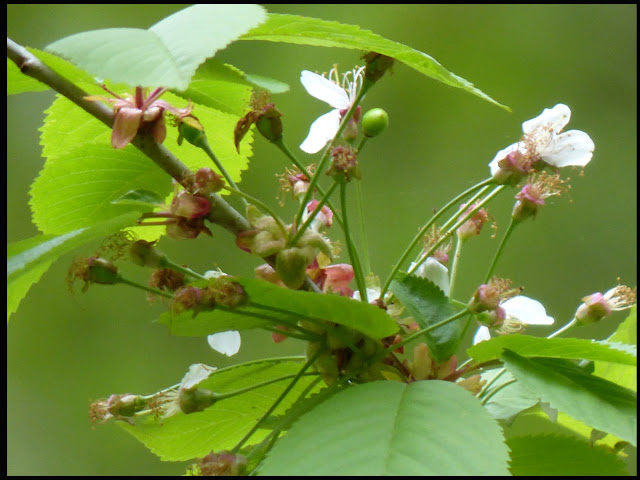 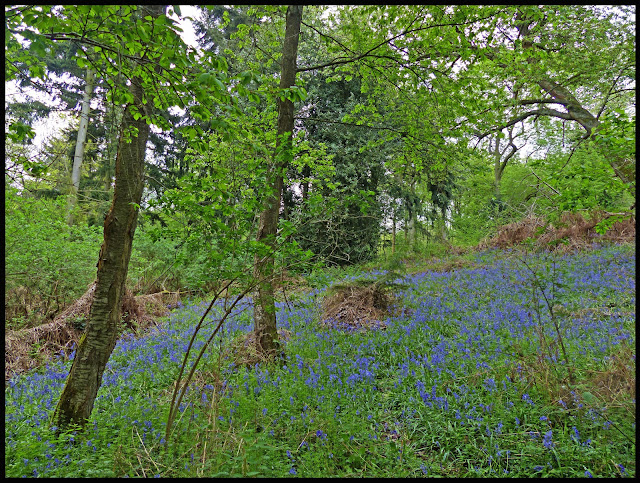 Those bluebells are so beautiful. I love your close up of the wild garlic too. Mine isn't doing too well in the garden....three years and it's still not spreading!