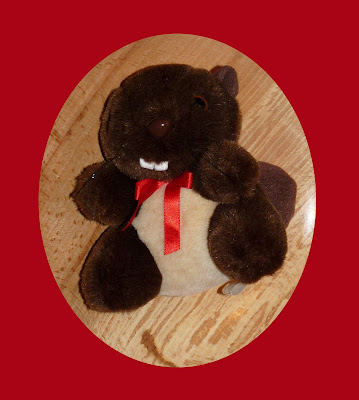 I'm sorry I don't have a photo of a real beaver! 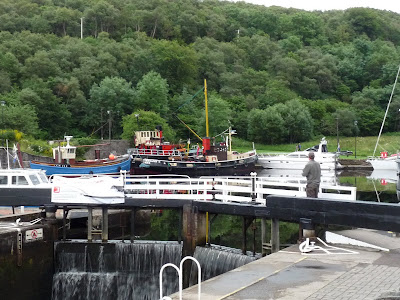 Baby beavers - known as kits - have once again been born in the wild in Scotland. You can read about them on the Scottish Beaver Trial blog. This is really exciting news. Not surprisingly, the staff on the trial programme are hoping that members of the public will show sensitivity and respect for the beavers' current situation by avoiding the shoreline of the loch.

Many of us here in the UK only 'know' the beaver from wildlife parks or from The Narnia Chronicles by C.S. Lewis, as the species died out in this part of Scotland nearly half a millennium ago. Beavers were reintroduced as part of a recent conservation programme. The chosen area was Knapdale Forest near Lochilphead in Argyll - and the beavers who have given birth were rehabilitated here in 2009.

James Carron has written an excellent account here of his beaver spotting adventures in Knapdale Forest, not far from the Crinan Canal.

I have never seen beavers in the wild, but I remember walking in the area around Shapwick Heath on the Somerset Levels, where wild beavers roamed many moons ago. I wonder how many of you - like me - recall camp fire revels with the Brownies or Cubs. We always found ourselves singing Land of the silver birch, home of the beaver, a ballad which appeared in Folk Songs of Canada (1954) by Edith Fulton Fowke (Literary Editor) and Richard Johnston (Music Editor).

Only yesterday I blogged about the 'austerity' plans afoot to sell off national nature reserves. Success stories like this one of the beaver surely highlight the need to proceed with extreme caution ...
Posted by Caroline Gill at 10:30

selling off nature preserve land is something i can't fathom. why would anyone want to put wildlife out of a home? especially a preserve. at least these beavers have a good, thriving home.

glad the fledgling puffin survived the attack from other puffins.

I heard about this on the news Caroline and its great news. I too have never seen one in the wild only at Auchingarrich Wildlife Park outside Comrie.

How exciting about the beavers. Hopw you get to see one.