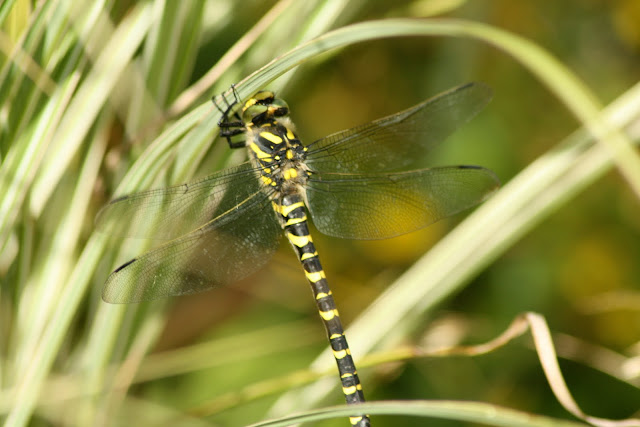 The weather was cool, blustery and grey, with the occasional sunny interval. It didn't seem particularly promising for Odonata. I was thrilled to spot the Golden-ringed Dragonfly above from the short boardwalk in the National Botanic Garden of Wales, as I had only seen one once before (at WWT Llanelli), and had failed on that occasion to photograph it. It is certainly one of the largest I have seen. 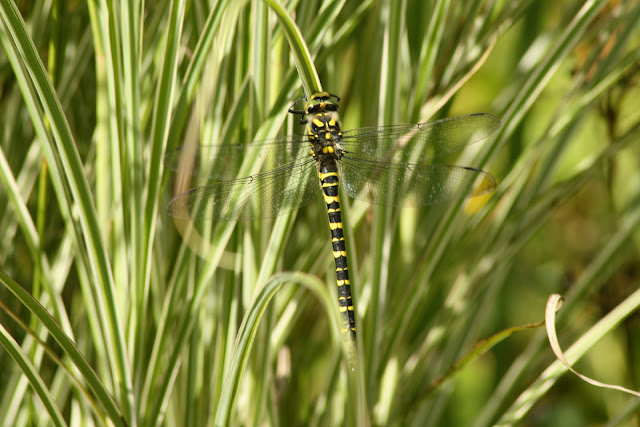 This species can apparently be found in the UK, across Asia Minor and in India. I was surprised to learn that these Dragonflies sometimes eat tadpoles and fish, alongside their usual diet of snails and the larvae of insects. 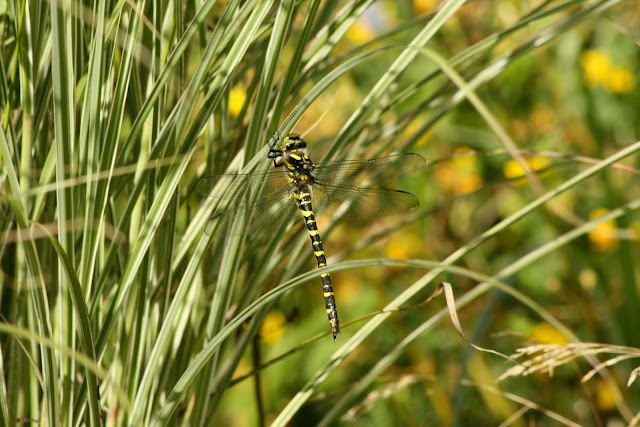 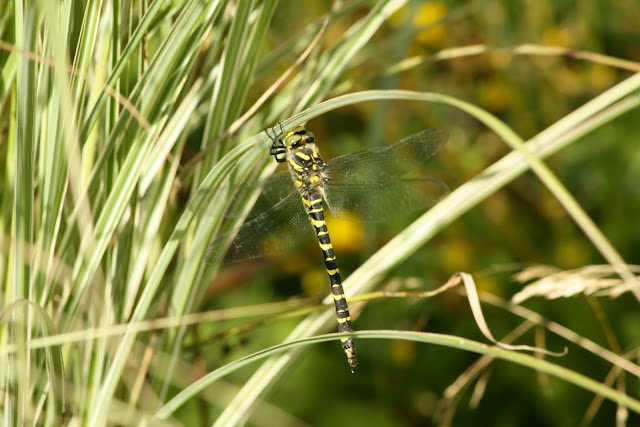 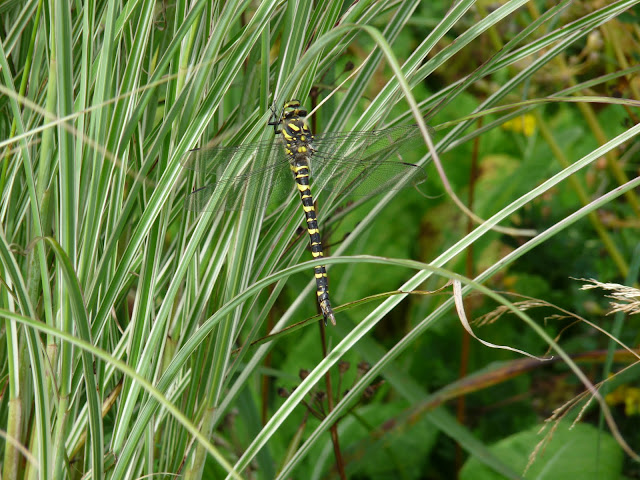 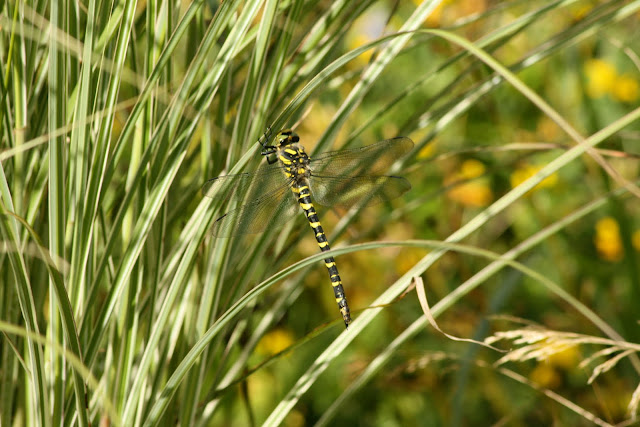