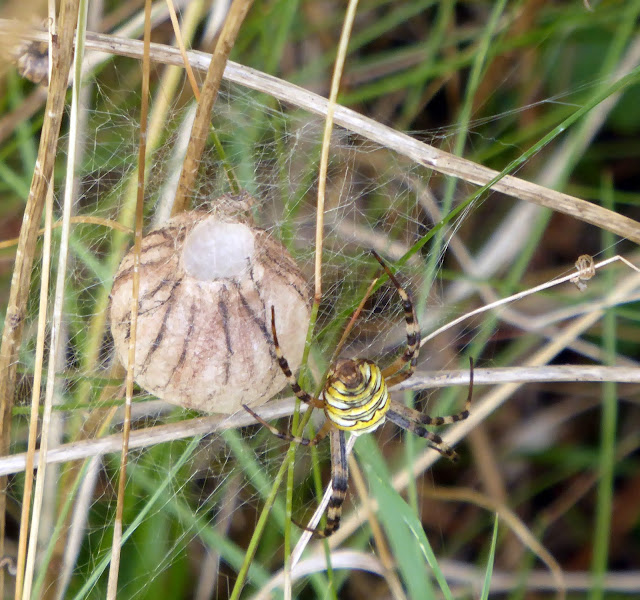 It was exciting to find two Wasp spider egg sacs in the garden this afternoon. We have been watching three of these arachnids for days, but were not expecting this surprise. What a magnificent sac! 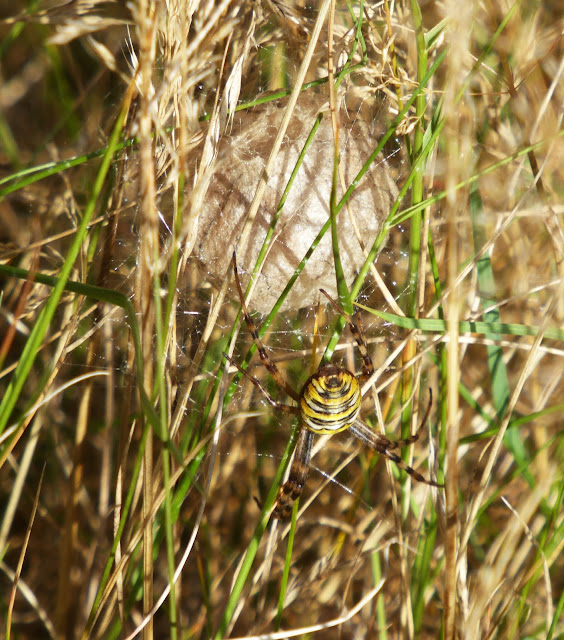 The second sac (above) was less conspicuous, and definitely more of a challenge for the camera. 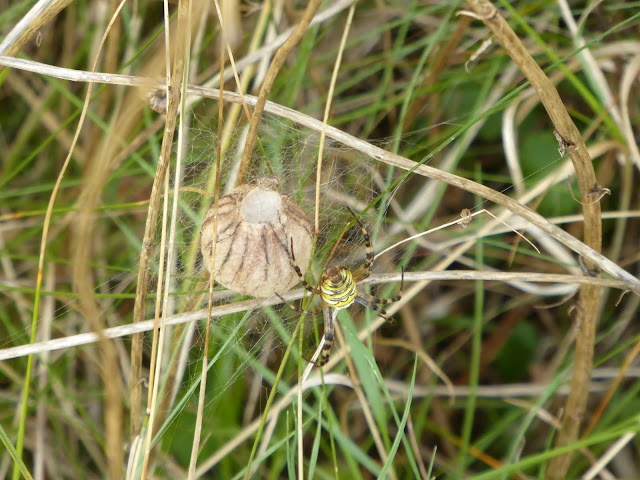 I have learned a new word, stabilimentum, for the zigzag web you see in the photo below. 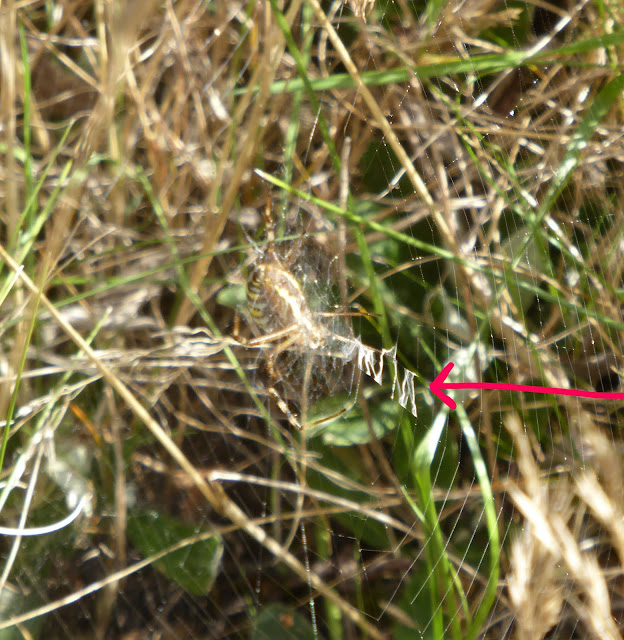 I noticed a tiny spherical object, which without magnification or glasses, looked like a seed head. However, I increased the size of the photo, and as you can see below it is a tiny spider. I wondered if could be the male Wasp spider, but since the female often eats her mate after mating, it may not be! 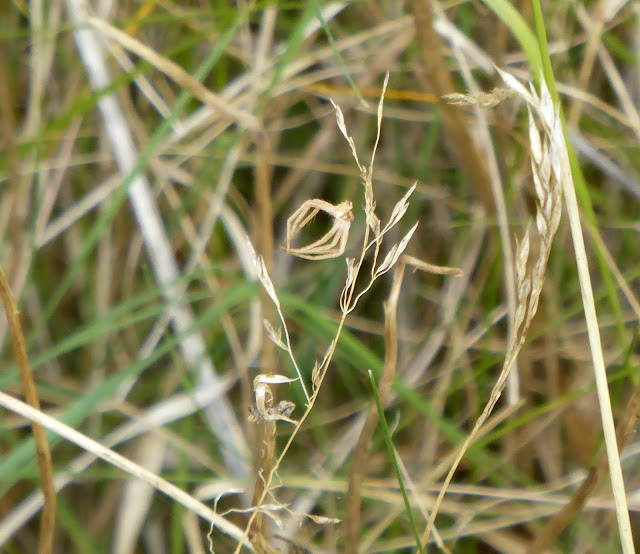 You can see the tiny spider a bit more easily in the next photo... 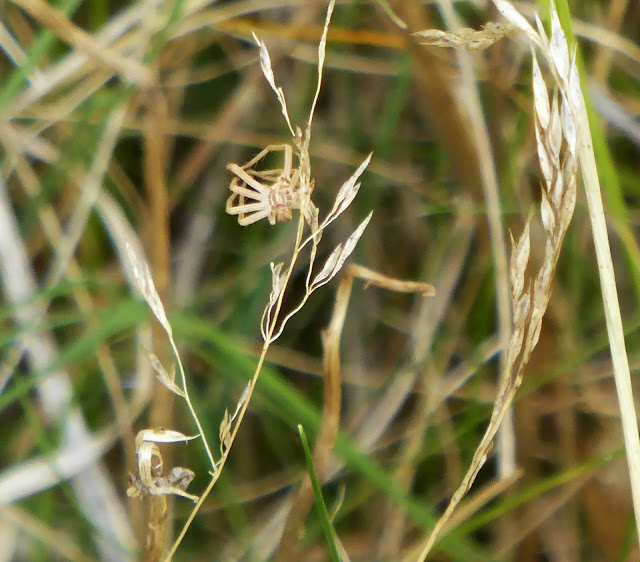 Wasp spiders are fascinating. The Argiope in their name, Argiope bruennichi, means 'silver-faced'; but I think their common name is a more obvious nomenclature!

What an amazing creature and great photos too

I'm going to (almost) repeat what CGP said above ...
An amazing creature and your photographs are so good.
Great post.