We spent our last full day in Galloway on the Rhins. Our first destination was the spectacular garden at Glenwhan, high above the busy port of Stranraer on Loch Ryan. David spent some time above the main garden in an area of reclaimed moorland, and while he was exploring this part of the garden, he spotted the magnificent butterfly you see in the photo above. Now I have hardly ever seen Fritillary butterflies, but I think this may be a Small Pearl-bordered one on account of those central dots and the fact that the habitat was grassland with bracken. We have posted the photo on iSpot, and will update this provisional ID if necessary. The last Fritillary I saw (back in 2013) was much further up the west coast of Scotland on the beautiful island of Raasay, opposite Skye. 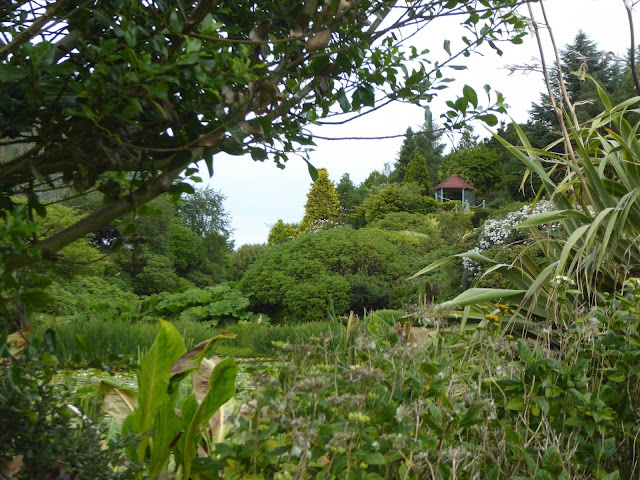 While David was exploring the moor, I spent some time in the little pagoda you see at the top of the photo above, looking out across the garden to the Irish Sea beyond. We soon met up and wandered round the magnificent floral borders and displays together, enjoying the bright colours, the views and the insects. 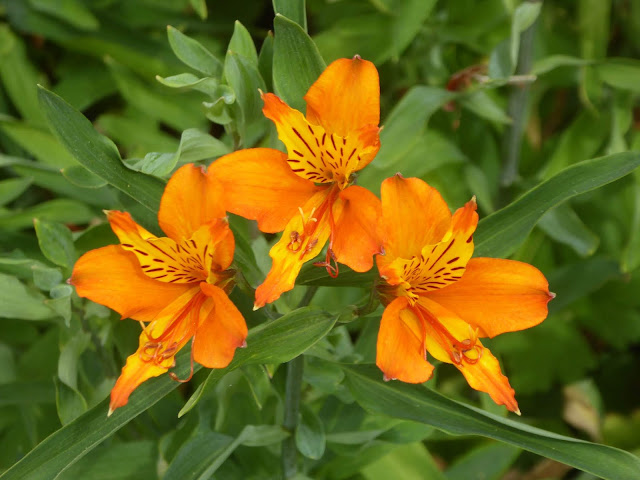 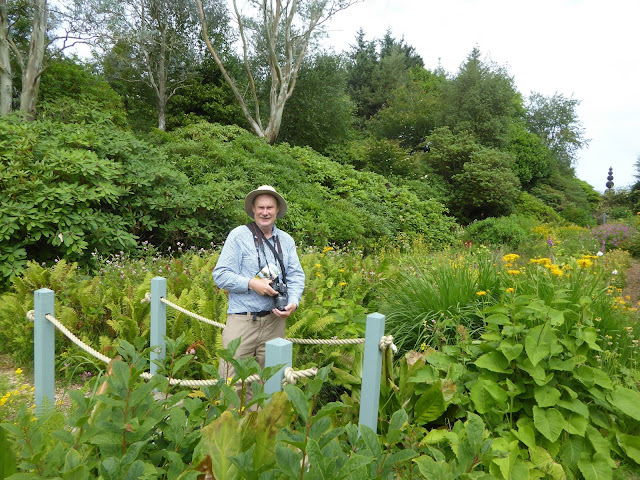 The photo above shows the marshy habitat that has been created in the middle part of the garden, above the lake and below the moor. We think we saw Water Vole here. 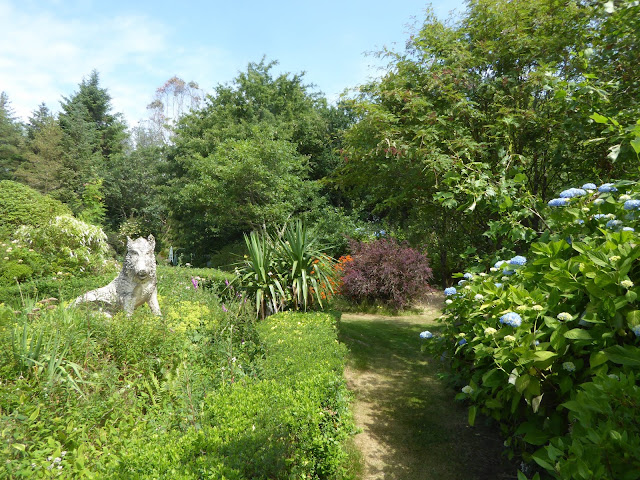 We were amused to see the boar statue as we had seen a not dissimilar one at Osborne House on the Isle of Wight at Easter, and knew we were likely to visit a third a few days later at Castle Howard. I should be interested to find out a bit more, but here is a little information on the 'boar front' for the time being. 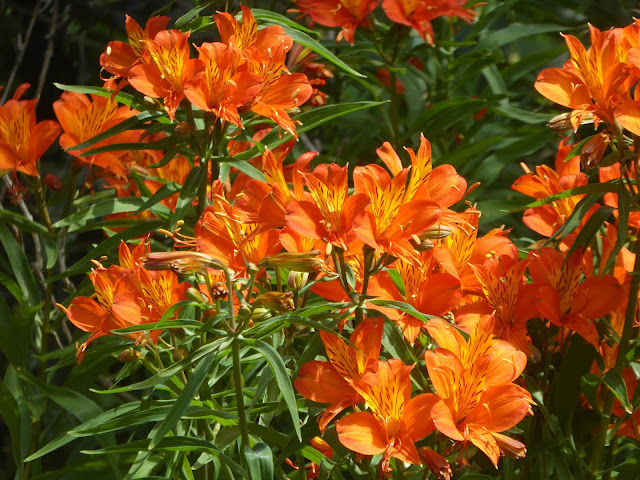 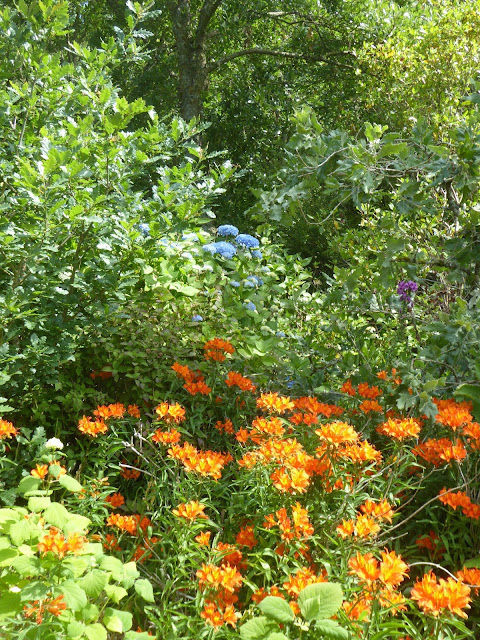 I loved the use of complementary colours in the planting schemes shown here by the juxtaposition of the orange ?alstroemeria and the blue hydrangea. 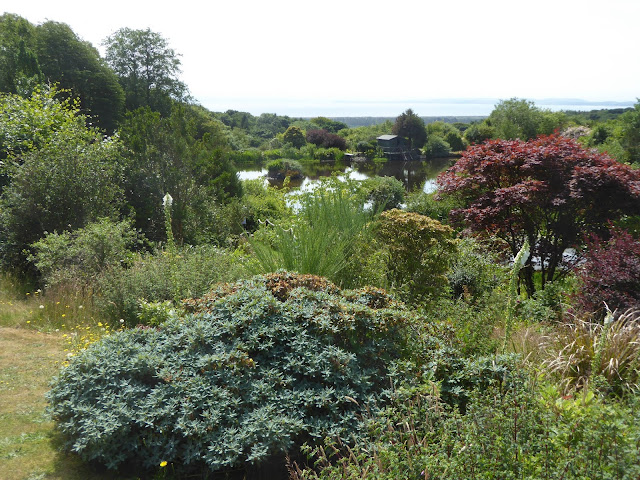 The photos above and below show the view from the little pagoda, with the sea in the distance. 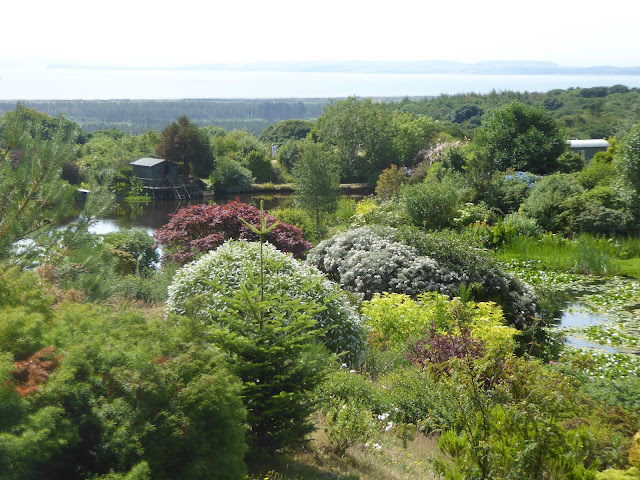 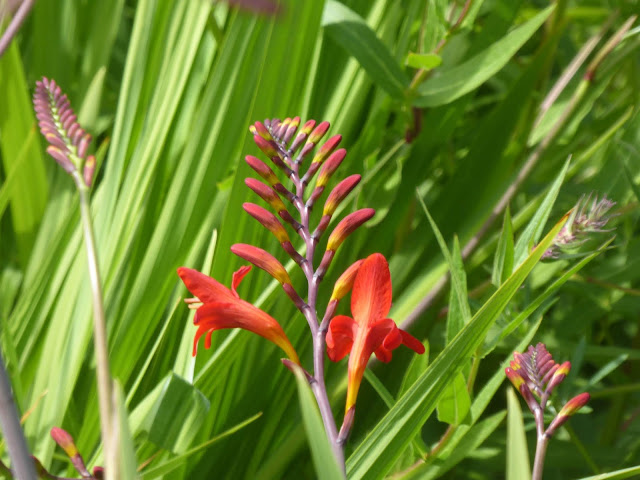 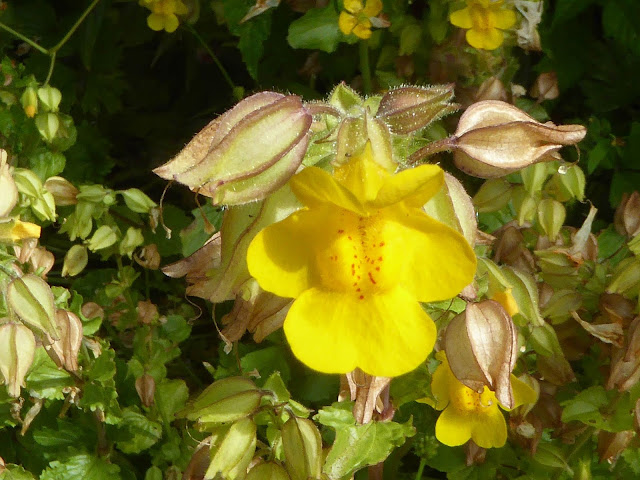 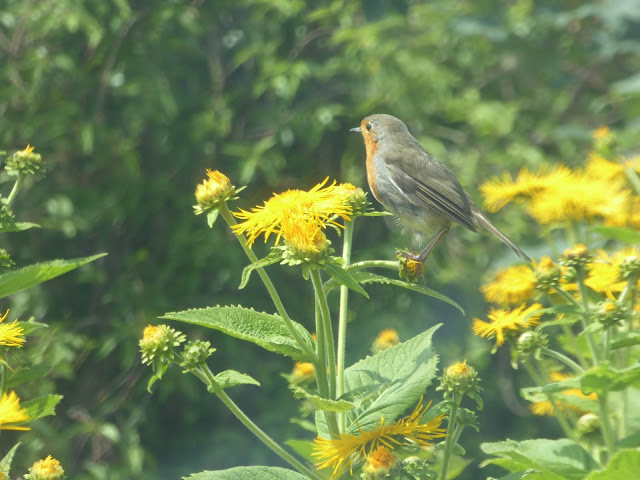 This little Robin seemed quite content to perch in our presence. 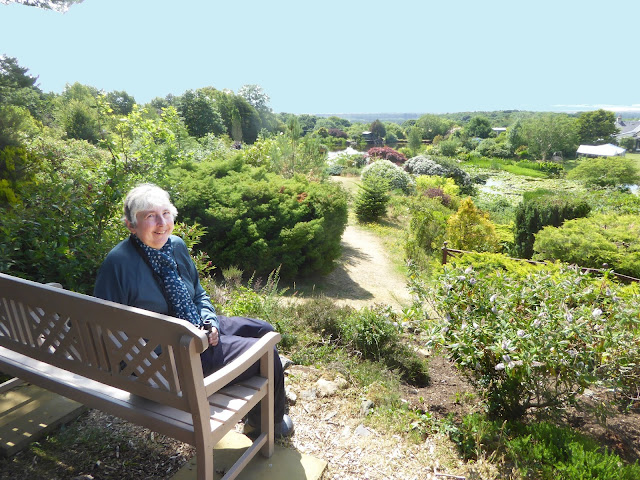 It was soon time to drag ourselves away, but we couldn't leave without admiring a rather proud and magnificent resident ... 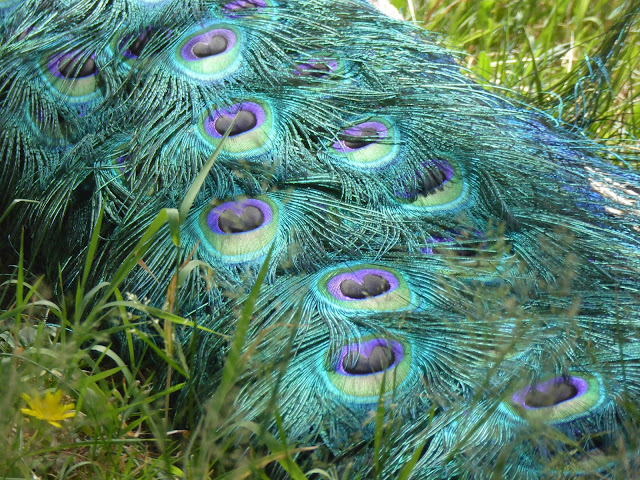 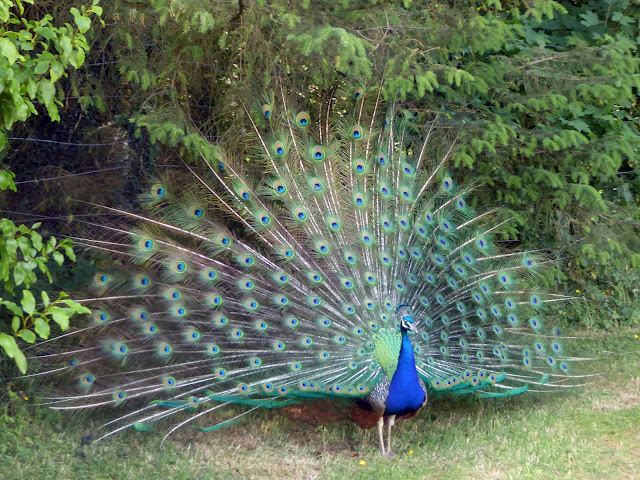 The gardens look so beautiful and well done to David for spotting the Fritillary :) Great photo of the Marmalade Hoverfly and I love the pictures of the Peacock :)

Hello, gorgeous flowers and butterfly. I love the beautiful peacock. Great series of photos.
Enjoy your day and week ahead!

That little pagoda looks lovely! Excellent photo of the marmalade hoverfly, such a lovely insect, there seem to be a lot of them around this year