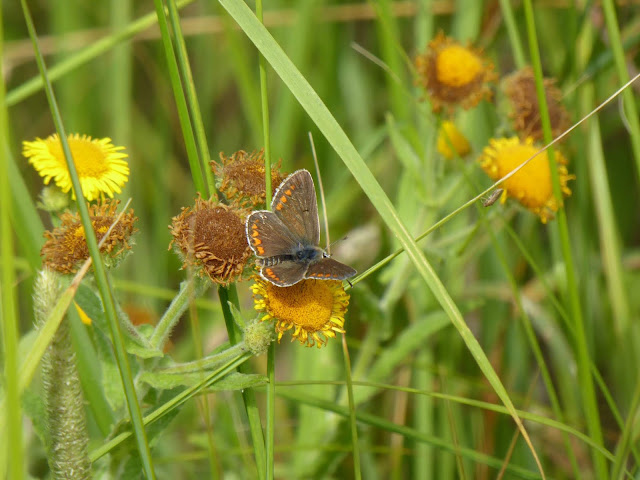 David and I have now submitted several Big Butterfly Count surveys: there is still time to do a survey this weekend, and longer still until the final submission date.

Large and Small Whites have been showing in good numbers in our neck of the woods, but the 'red row' on the survey chart for Commas, Peacocks, Red Admirals and Painted Ladies has been consistently lacking in the counts we have undertaken so far.

We were at NT Wicken Fen near Ely again last Saturday, and were told to keep an eye out for the Brown Argus. To the novice (me), these butterflies can look very similar to the female Common Blue, but from what I have read on what I consider to be reliable websites, I believe we certainly saw a few Brown Argus. 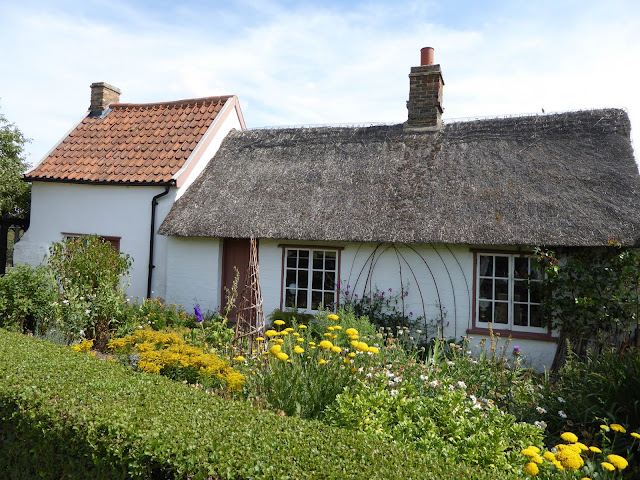 The fenman's cottage garden at the approach to Wicken Fen was in full bloom. 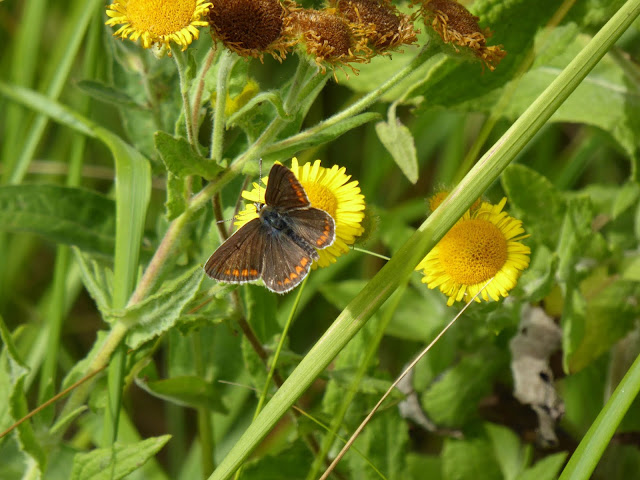 I think this may well be one of the Brown Argus sightings, though it helps when you can see both sides of the wing! 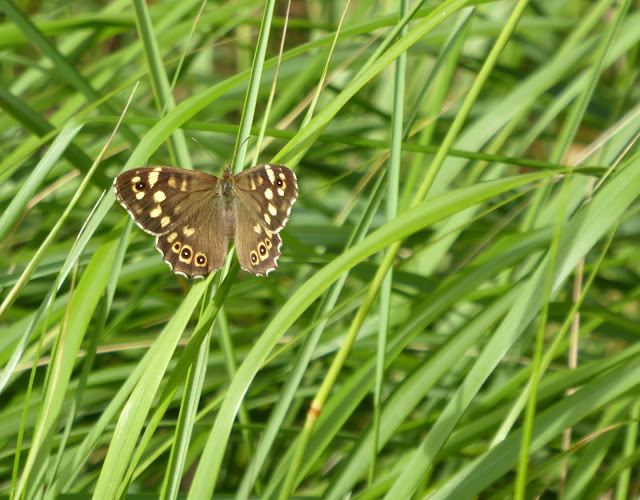 ... And there were definitely a few Speckled Woods about. 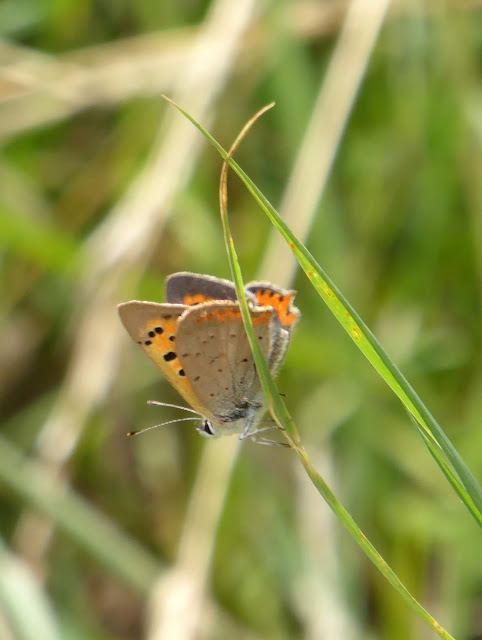 We only saw one Small Copper. 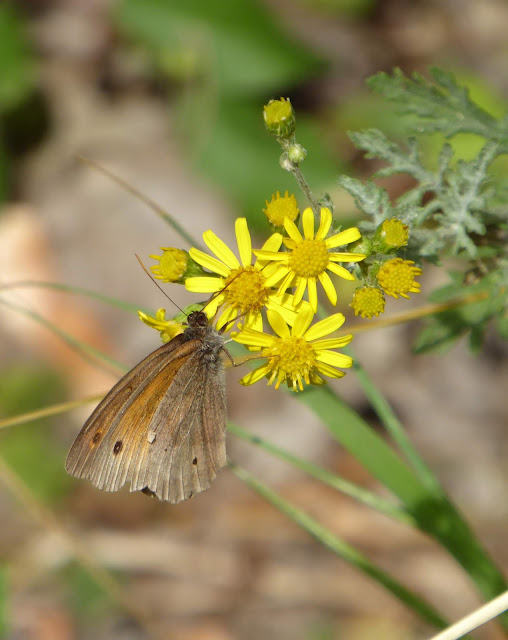 On our previous visit there were plenty of Gatekeepers, but this time it was the Meadow Browns that were showing in good numbers. 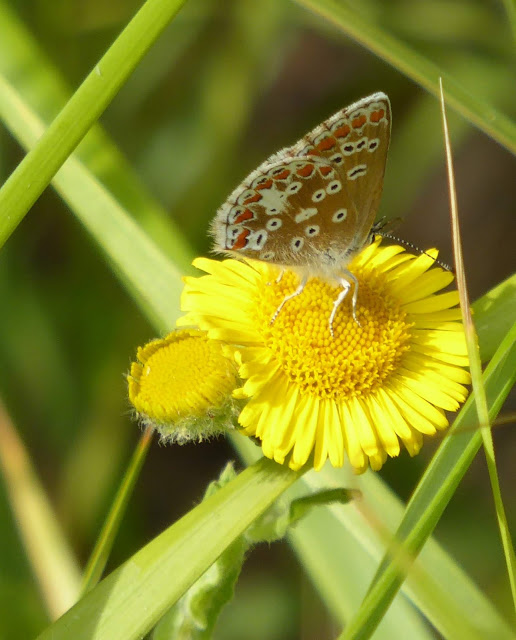 That little 'smudge' in the wing design intrigues me. 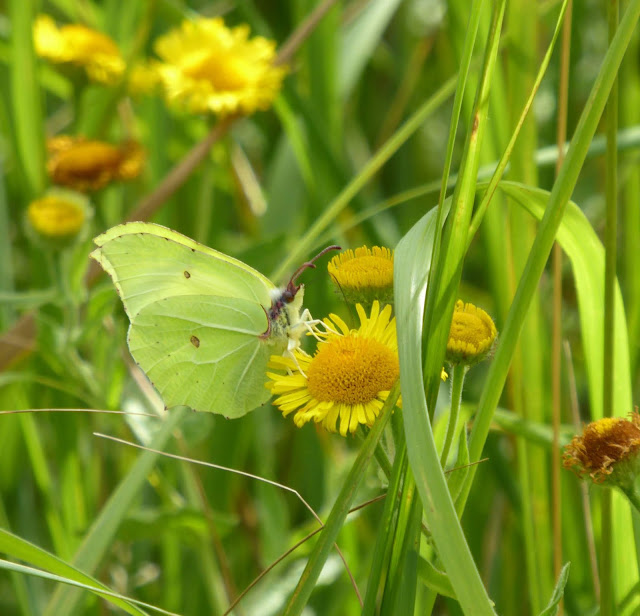 A number of beautiful Brimstones were sighted and duly marked down on the chart. 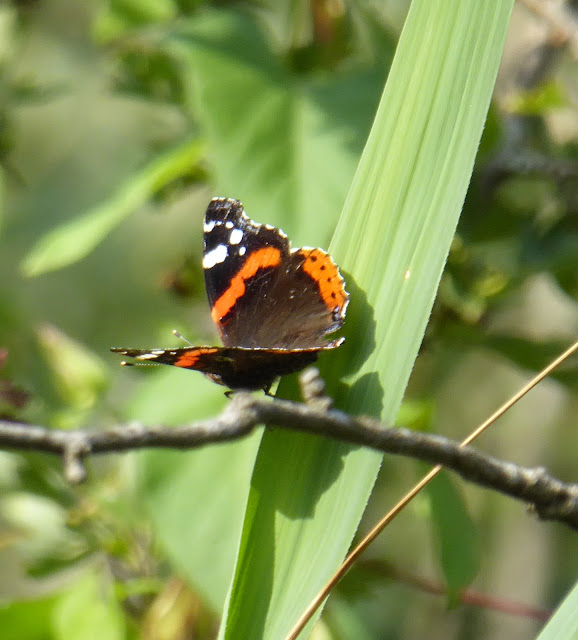 The only 'red' I saw was this Red Admiral, high up above the boardwalk. We usually see a few Commas down on the Butterfly Walk, but there were none about on this occasion. 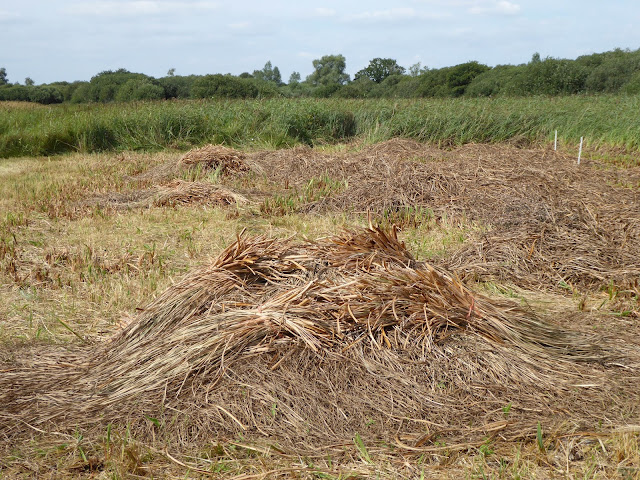 There were signs to say that some of the sedge had been harvested. 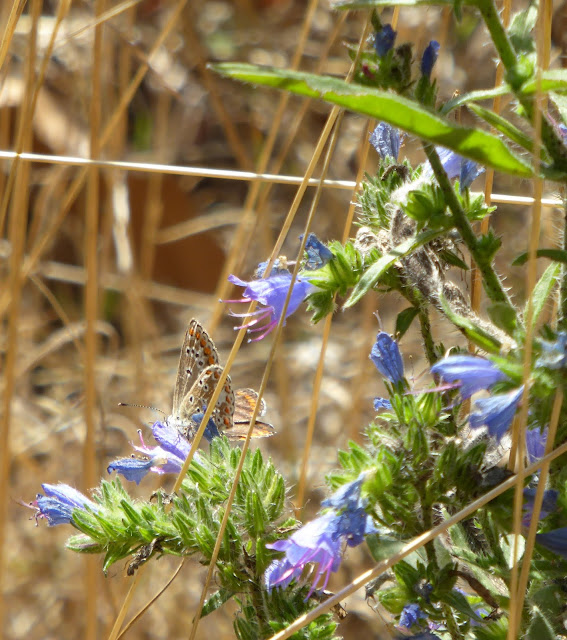 The last two photos were taken at NT Sutton Hoo on a small clump of Viper's Bugloss. The Silver Y below is, of course, a day-flying moth and not a butterfly, but it is one of the species featured in the Big Butterfly Count, so we were pleased to find it. And, incidentally, we saw our first one in the garden a few days ago, too (or to be more precise, on a windowsill). 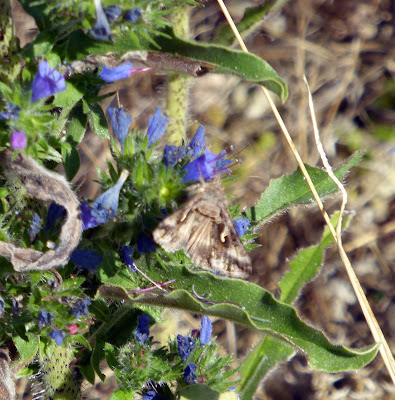 If you have a spare 15 minutes, do take part in the Big Butterfly Count. Oh, and I haven't forgotten to post a selection of holiday photos: I have in fact been busy making myself a Photobox album with some of them ...
Posted by Caroline Gill at 23:02

Some great sightings there Caroline. I too have noticed the lack of Red Admirals, Peacocks etc. this year. It will be interesting to see the results of the Big Butterfly Count for these species.

I struggle too over Common Blue and Brown Argus unless I can see the hind wing!

Fantastic shots. No surprise to see no peacocks though, where ever are they? Nice second flight brimstones though.

Fabulous photographs here, lovely to see.
It will be interesting to read about the results of the Big Butterfly Count.