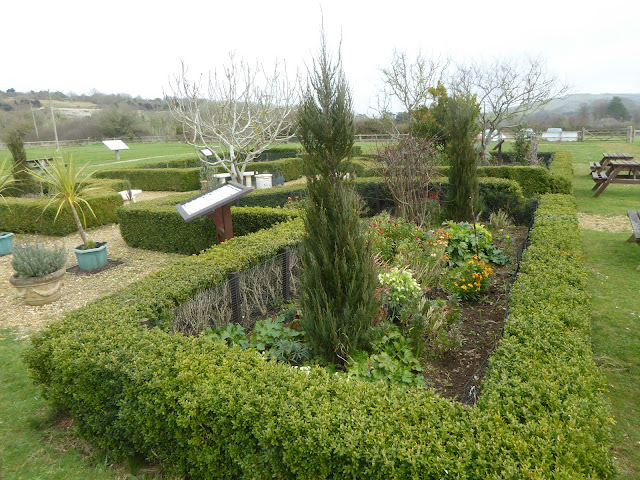 I mentioned in my last post that I would be adding a few photos of our expeditions to a couple of the Roman villas on the island. The first villa we visited was Brading, and what a wonderful place it was.

A lot of information has been gathered about the Roman era on the Isle of Wight. The island was known as Vectis to the Romans.

As we walked towards the entrance, my eye was diverted by this beautiful re-creation of a Roman garden. The board in the photo below shows the layout. It was early in the season (in fact we were told that the 'season', i.e. the holiday season, would not begin until Easter Saturday), but there were still bright tints and touches of colour, as you can probably see. 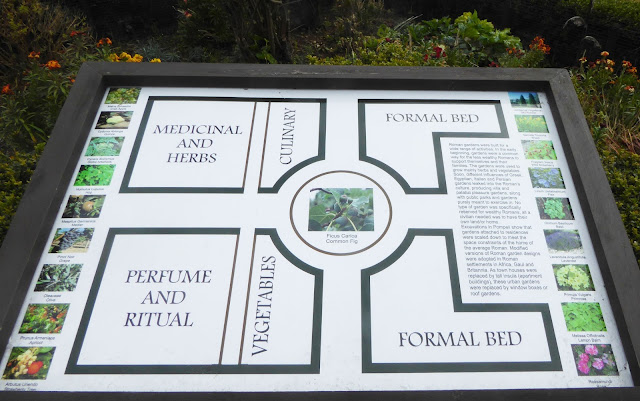 I couldn't help noticing the wild Violets, too. They seemed much larger than the ones we usually encounter here in Suffolk. Some were veering towards pink in tone. 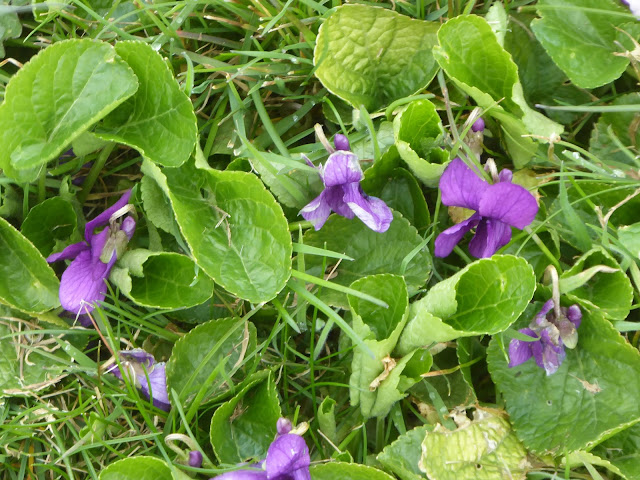 The staff at the villa are very wildlife-aware, and we walked around the building that houses the mosaics to see Medusa's wildlife meadow. I suspect the sign was made with school parties in mind, but I feel a wildlife garden should appeal to all. 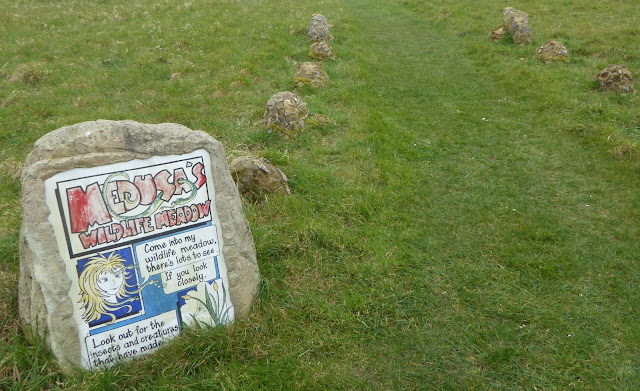 Sadly, we were too early (since this was a long winter) for butterflies, but we did spot the rather impressive creature in the photo below! 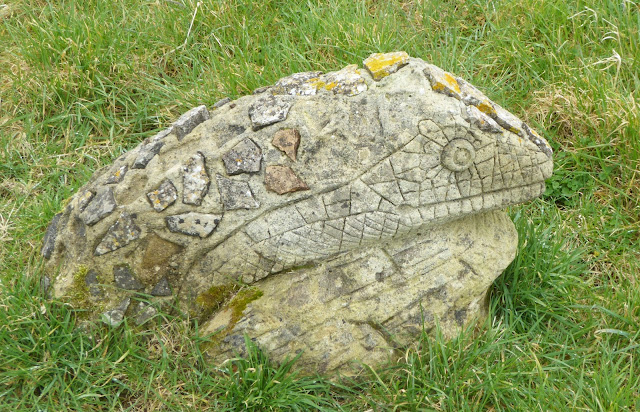 Much of the villa itself is under cover in a building that nestles beneath the heights of Brading Down, where we had a picnic lunch one day.

Once inside, we visited the cafe, which was very good: the chocolate tiffin was excellent!

By this time we were itching to see the mosaics and other Roman remains. And what fantastic mosaics they were. 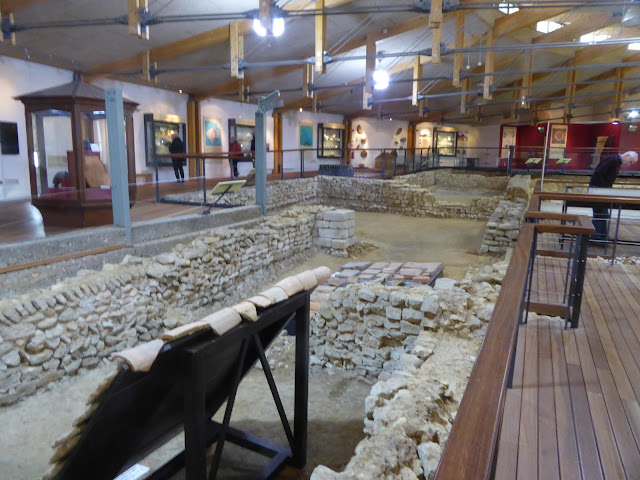 A good reconstruction can be very helpful; but, of course, not all reconstructions are good. I was particularly taken with the juxtaposition of the Roman tile-layer (below) and the modern excavator (two below). To see these men side by side, as they were in the display, seemed to me, in one of those rare moments of inspiration, to represent not only the era of Roman occupation on the island but also the arc of history and the sheer thrill of archaeology itself. This strange sense of distance and connection is why I was so intrigued by my first childhood visit to Lullingstone Roman villa in Kent, and why I went on to study (and teach) classical civilisation. 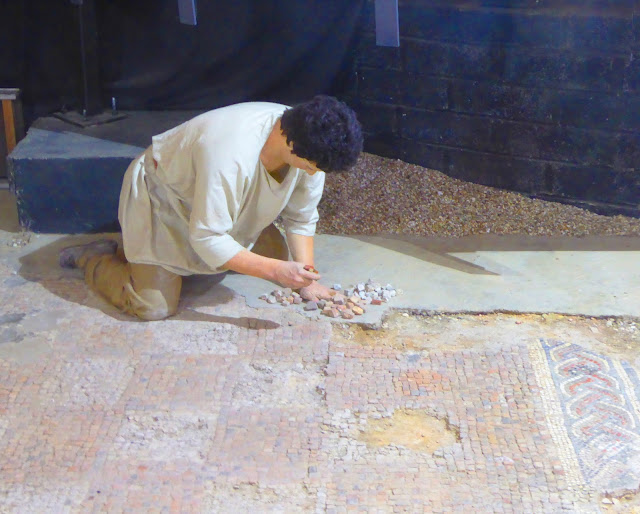 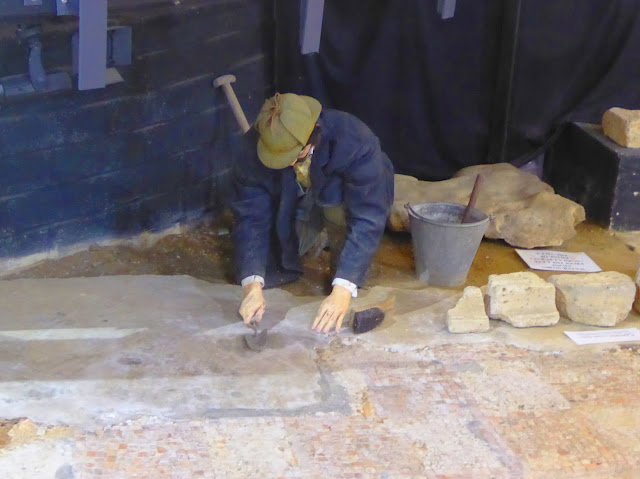 When I was looking through my photos on my return and trying to remember the contexts, I came across this excellent blog about the Brading mosaics. We have Orpheus in the scene below, with a monkey and what may be the representation of a Chough (though it looks more like a Moorhen to me, but with red legs!). 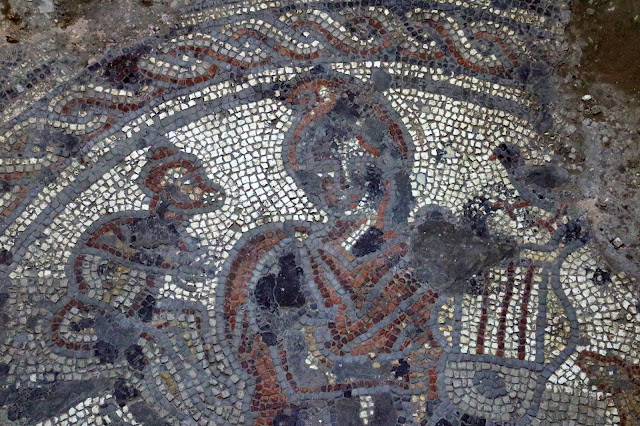 Which bird do you think this was meant to be, I wonder? 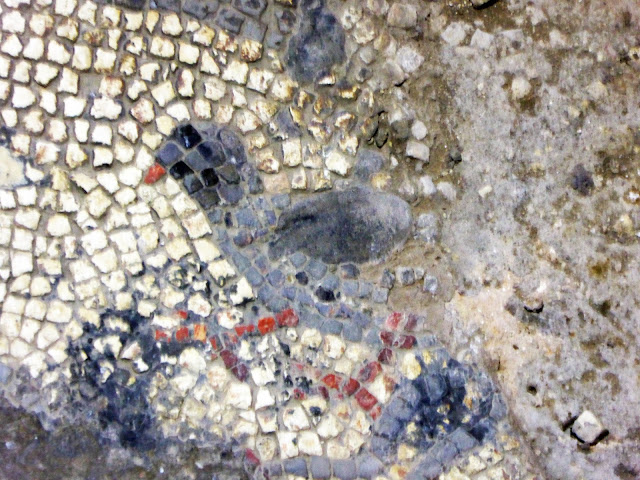 Birds were not only represented in mosaic, but also in fresco, as you can see below. 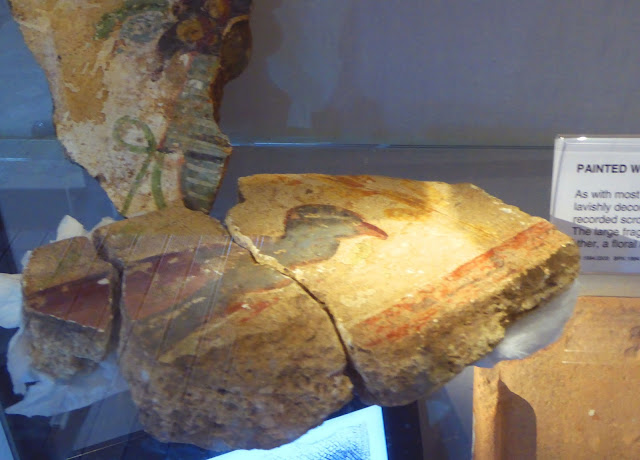 Having mentioned the art of reconstruction, I want in passing to mention the skill of producing helpful labels. Presumably the use of the first person in the one below, just one of a number on site, is to make you feel welcomed into the world of Roman Britain by your (imaginary) Roman guide. 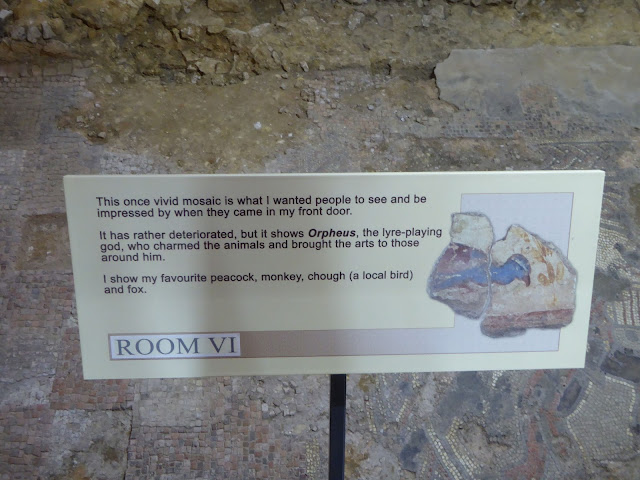 I particularly liked the fox in the mosaic! 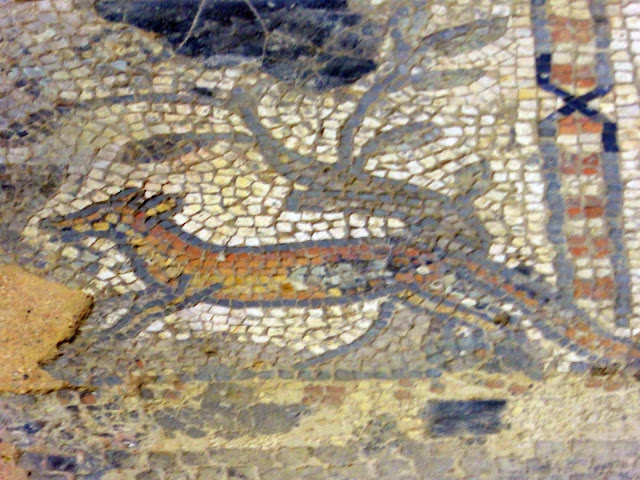 And I can't resist adding in this photo of a real urban fox we saw some miles away in Ryde. It is a very poor quality shot, I'm afraid, thanks to the need to be quick, the poor light levels and the reflection from the windscreen, but it has a certain spark! 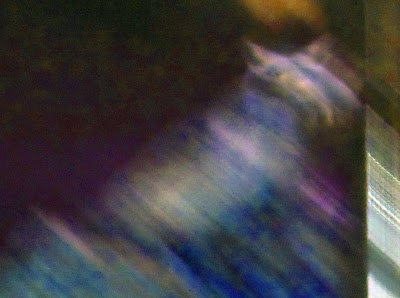 The Roman diet included shellfish of various kinds. We found some wonderful shells on the island, and I suspect many of the ones on display in the villa had been gathered (in Roman times) from local shorelines. 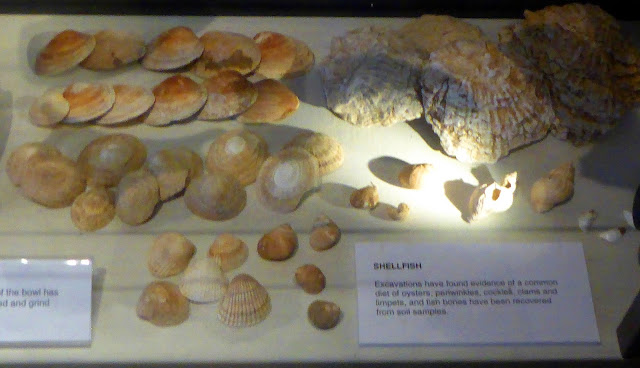 One of my best memories from that early trip to Lullingstone Roman villa was a tile with pawprints. A cat or dog had walked over it before the clay had set. The tile in the photo below from Brading has not only a pawprint (though it is not easy to see in the picture), but also a studded sandal mark and a human footprint. This kind of tile would have capped a floor of hypocaust. 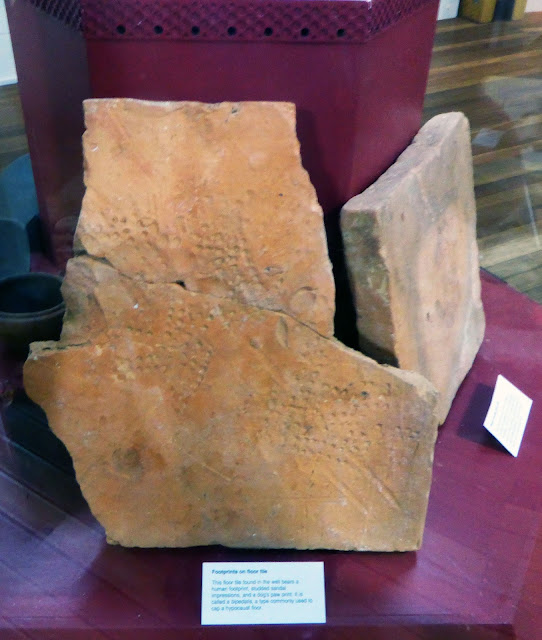 And here are some remains of the underfloor hypocaust heating system at Brading. 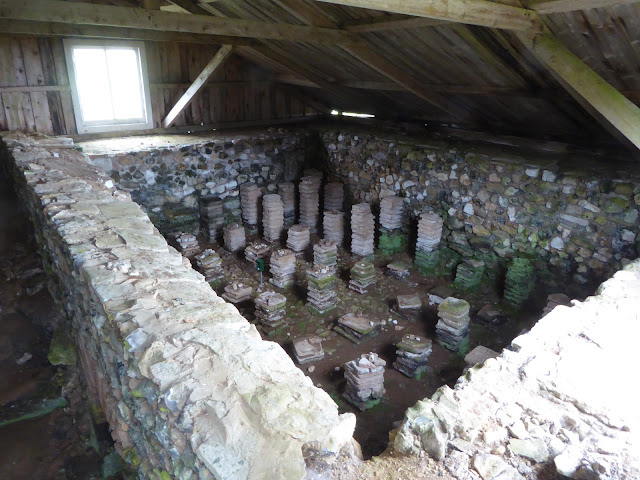 I was going to add Newport Roman Villa into this post; but, on reflection, I think it can have a post of its own. So that will come next.

That looks an amazing place to visit! It's many years since I visited the Isle of Wight, and I didn't get to any of the Roman villas

A wonderful post - I loved the mosaics at Brading - they were just incredible. The bird looks like a moorhen to me too! :)

We've never been to the Roman villa at Newport so I am really looking forward to the post - will be good to find somewhere new to visit.

What a super place to visit, those mosaics look so lovely.
Another place I really will have to try and visit.