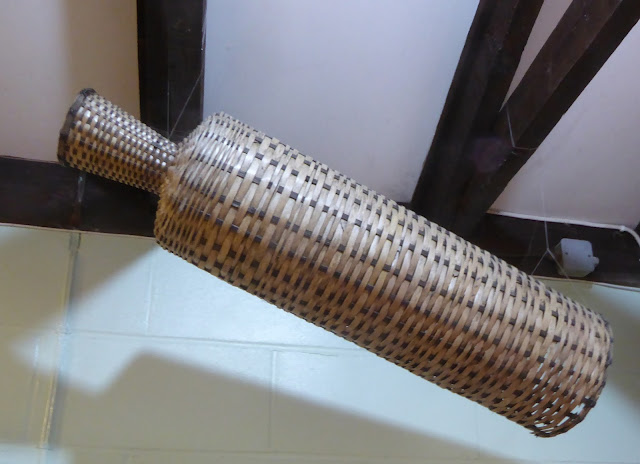 Well, I wonder if you can guess what this reconstructed item might be!

It was one of the first things I noticed as I entered the building that contains a large part of the Newport Roman villa on the Isle of Wight. I was immediately reminded of the eel 'hives' (or traps) that were used in the Fens in East Anglia long after the Roman era, but this object has nothing to do with eels. 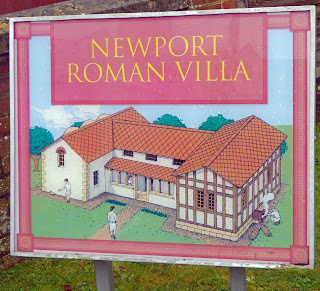 Unlike Brading Roman villa which can easily be seen from the top of Brading Down, this villa nestles in an urban street and has a tucked-away (or tucked-in) feel about it. 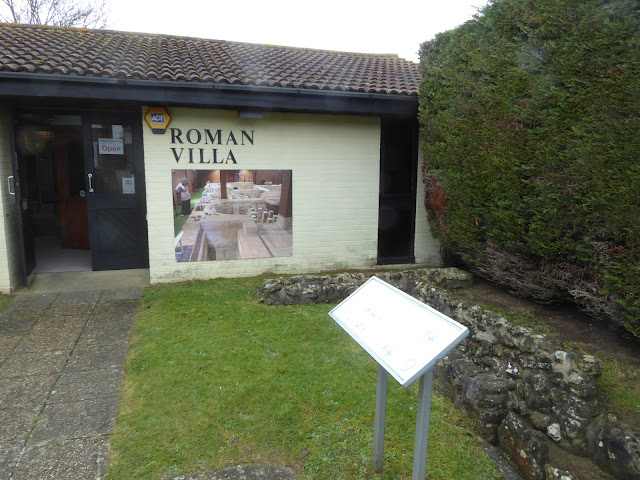 I was surprised to find how many villas had been discovered on the island. There is, apparently, very little, if anything, to see at most of them, which is a shame as it would be good to be able to compare the aisled farmhouse type with the cottage house or winged-corridor layout. What a useful map, showing the locations. I wonder if it is significant that the one at Gurnard (8) was not built on chalk. 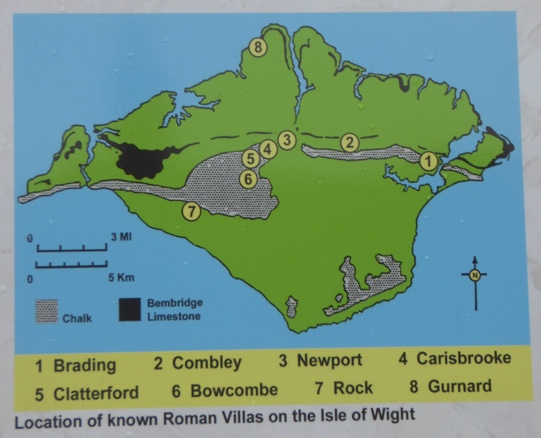 As at Brading, there was a beautiful recreated Roman garden. It was pretty cold when we were there, but it must be a lovely spot in warm weather. You can see more masonry walls to the left. 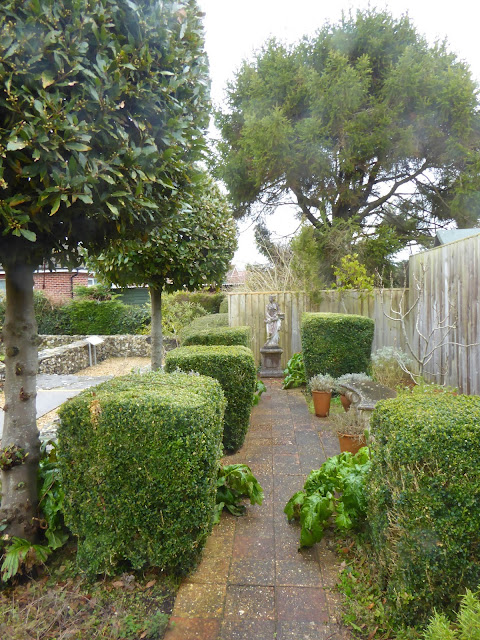 There was a helpful diagram of the gardens.

The picture below shows David reading about the walls in the area adjacent to the Roman garden. 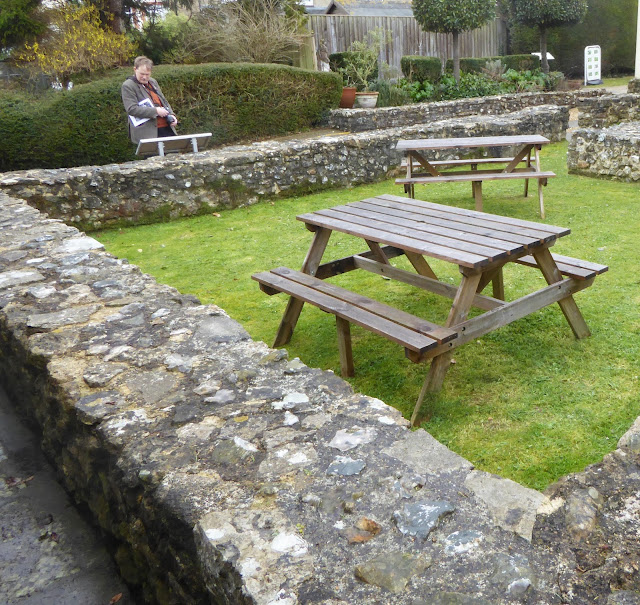 Back inside you can see the extensive remains of a bath suite. 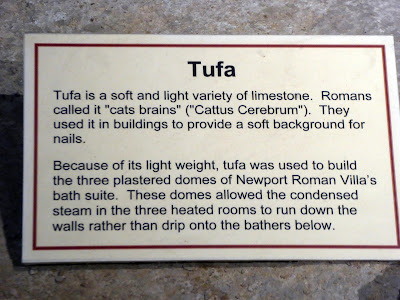 It was designed with domes made of tufa (like pumice), floors of mosaic and underfloor hypocaust heating. A mirror had been carefully positioned in the trench to allow visitors to see a lead pipe. You can see how the space has been interpreted for visitors by the additions of a loom, pair of shoes and a broom. 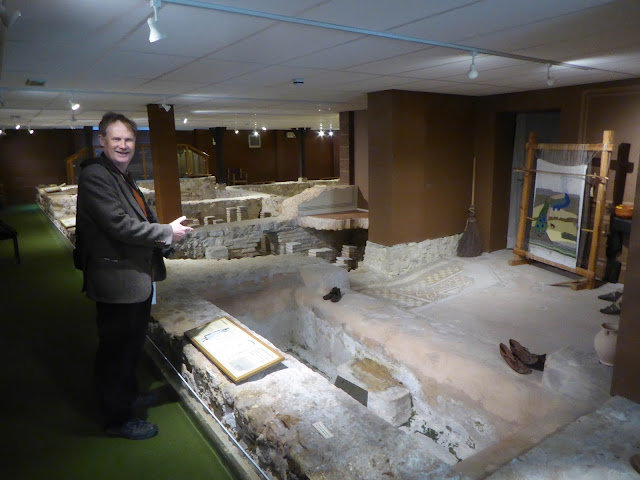 Fresco designs had been recreated on the walls. 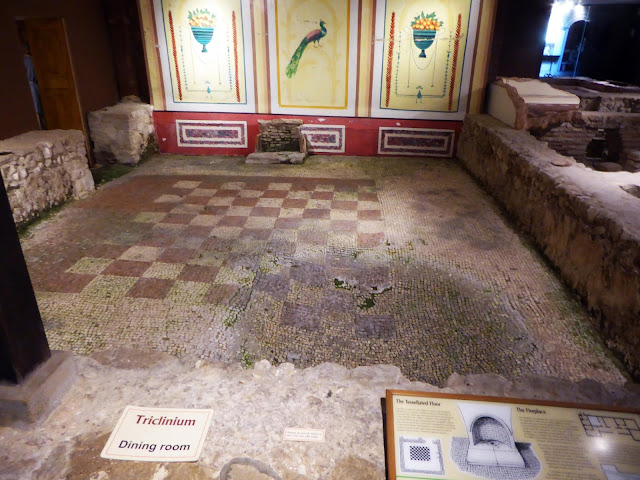 And this was the scene roughly 90 years ago... 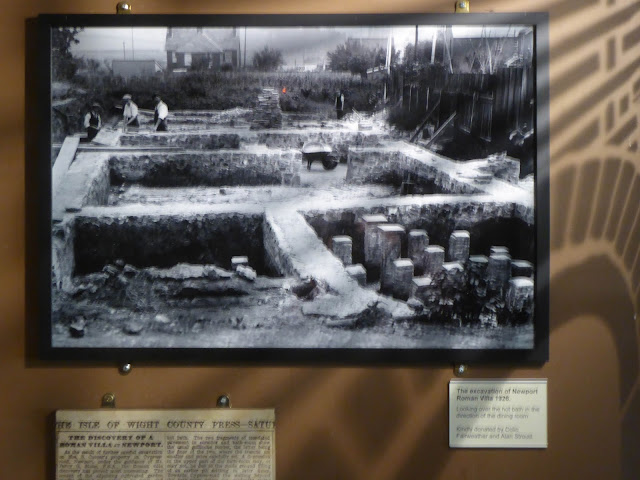 I think this dog was one of my favourite finds ... 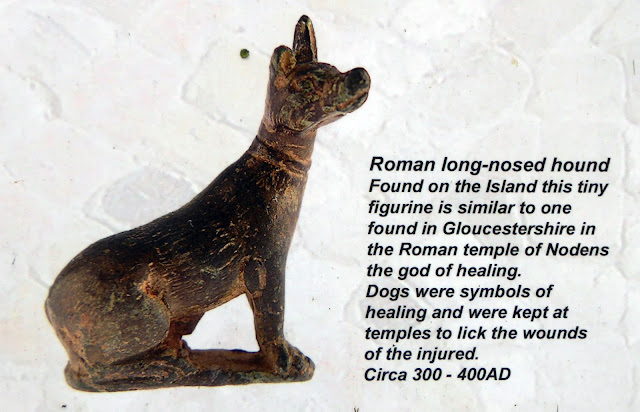 ... though I also have a soft spot for the oil lamp. 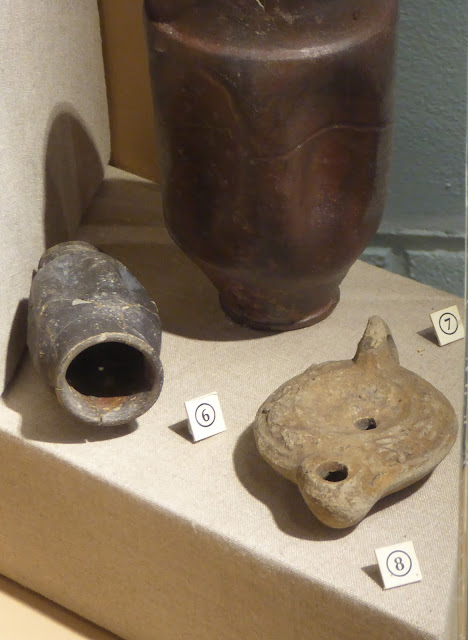 And finally, in case you had not guessed, the object in my first photo above is a reconstruction of a Roman beehive. Thanks to the Roman writer, Varro, who refers to Merula's knowledge of bees, we can catch a glimpse of the Roman attitude towards these special insects:

'Bees are not of a solitary nature, as eagles are, but are like human beings. Even if jackdaws in this respect are the same, still it is not the same case; for in one there is a fellowship in toil and in building which does not obtain in the other; in the one case there is reason and skill — it is from these that men learn to toil, to build, to store up food.'

My favourite Latin texts about bees, however, come in the Georgics by Virgil.

In my next post we will consider a couple of literary links on the island.
Posted by Caroline Gill at 23:20

Another interesting post - I didn't realise there were that many Roman villas on the island - will definitely consider visiting the Newport one when we return later this year. It looks as though you had a super holiday and found plenty to do :) Look forward to the next post.

Another great post of your Isle of Wight trip ...
I was telling husband Eddie about it ...

It does sound a wonderful trip you had, I 've enjoyed all of your posts so far.

Here is a 'heritage' image of the villa https://heritagefutures.wordpress.com/2017/02/14/newport-roman-villa/