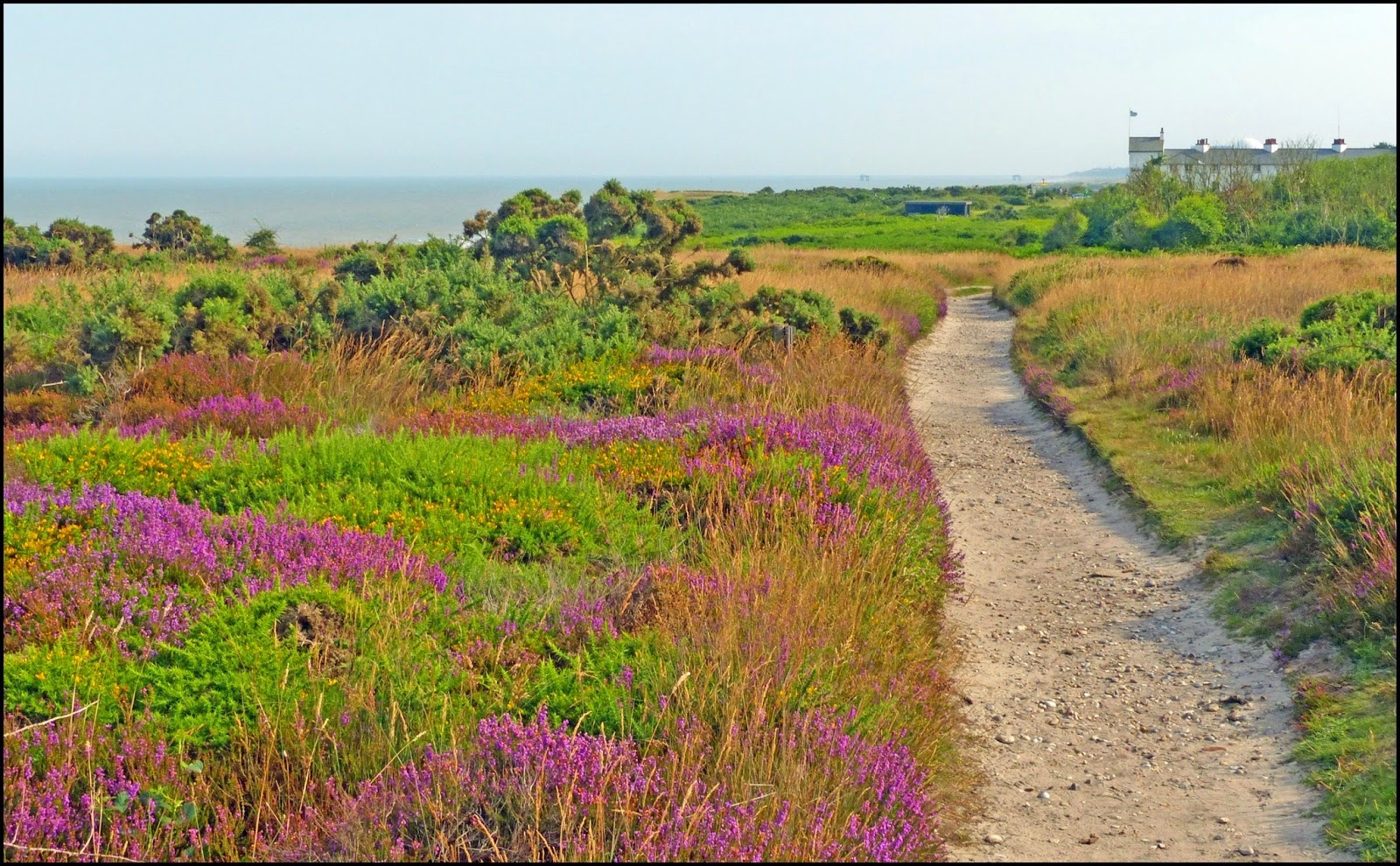 Some weeks ago, around 18 July, we were out and about on Dunwich Heath in the early evening. The heather was in full flower and it had been a lovely day. 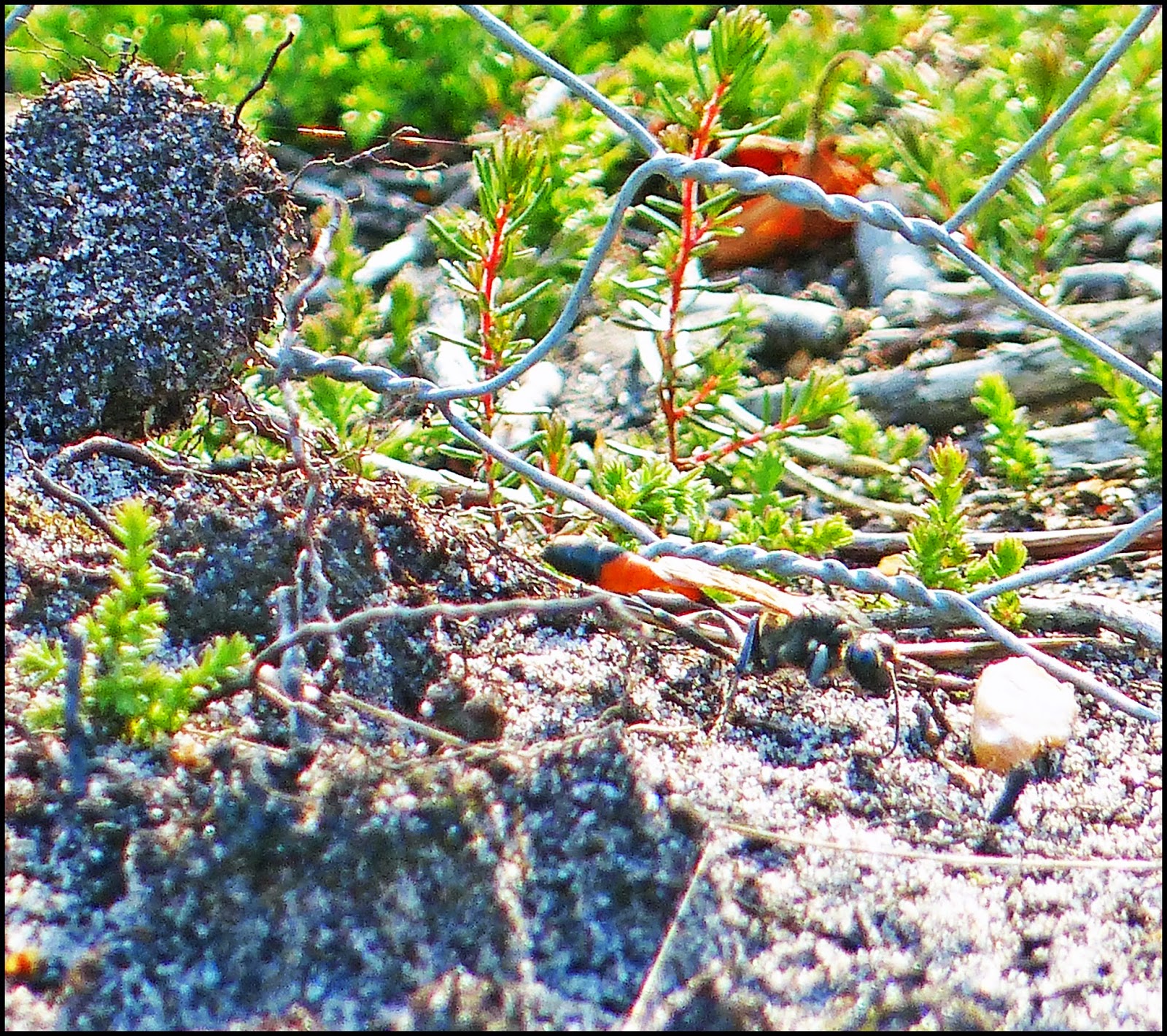 We were keeping an eye out for deer and for Stonechats, and while we failed to see either on this occasion, my eyes fell upon this strange insect, which I guessed was a kind of ant. There were three of them in the area, if I remember correctly, but they were pretty speedy creatures and hard to catch on camera as the kept vanishing beyond the wire netting.

I was browsing the web earlier today when I spotted a photo of the insect here on the RSPB Lakenheath Fen page. The creature turns out (it seems to me) to be Red-banded Sand Wasp (Ammophila sabulosa). It has even appeared on a Romanian postage stamp. You can read about the wasp's kleptoparasitic behaviour in the Comments here on the iSpot nature website.

These wasps are quite striking. They are long, thin and ant-like. However, in my opinion, they are not as striking as their near neighbour, the Ruby-tailed wasp, which I have seen on the adjoining stretch of coast at Minsmere and in my Suffolk garden.

Talking of stonechats, I've been so happy to see them at Musselbrugh for the first time this year, such delightful birds

How exciting to have the Ruby Tailed wasp! Very envious and lovely to see your picture.

The top photo makes me want to explore there with you. The wasp has interesting colouring.

Caroline I absolutely adore the heath. And that was a very colorful insect you found!