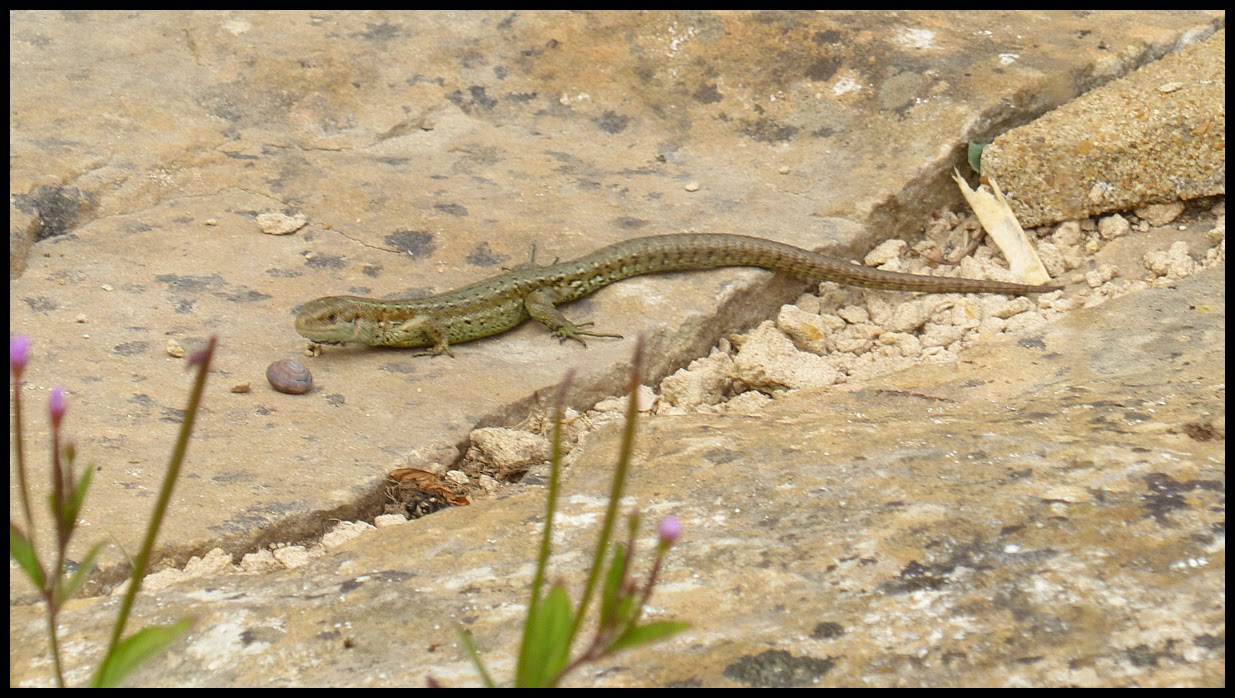 Some of you may have seen my previous post about the Purple Emperor butterfly at Chedworth Roman Villa. Well, the site proved to be a good habitat for lizards, who loved scaling the Roman walls and hiding in the undergrowth. 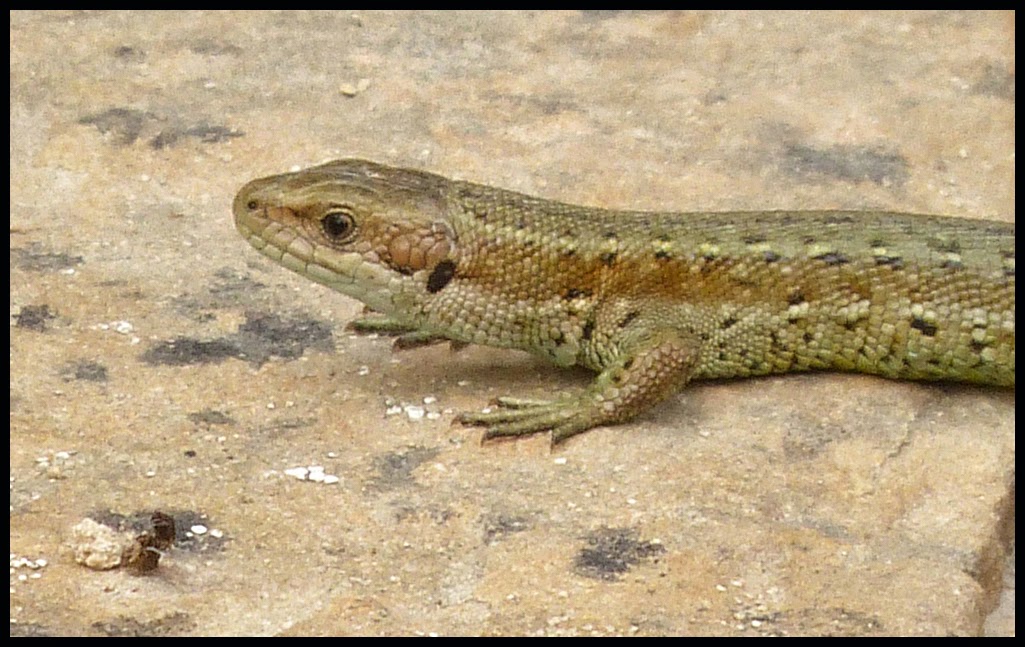 Here is a close-up (above), taken from a respectable distance with a zoom lens. 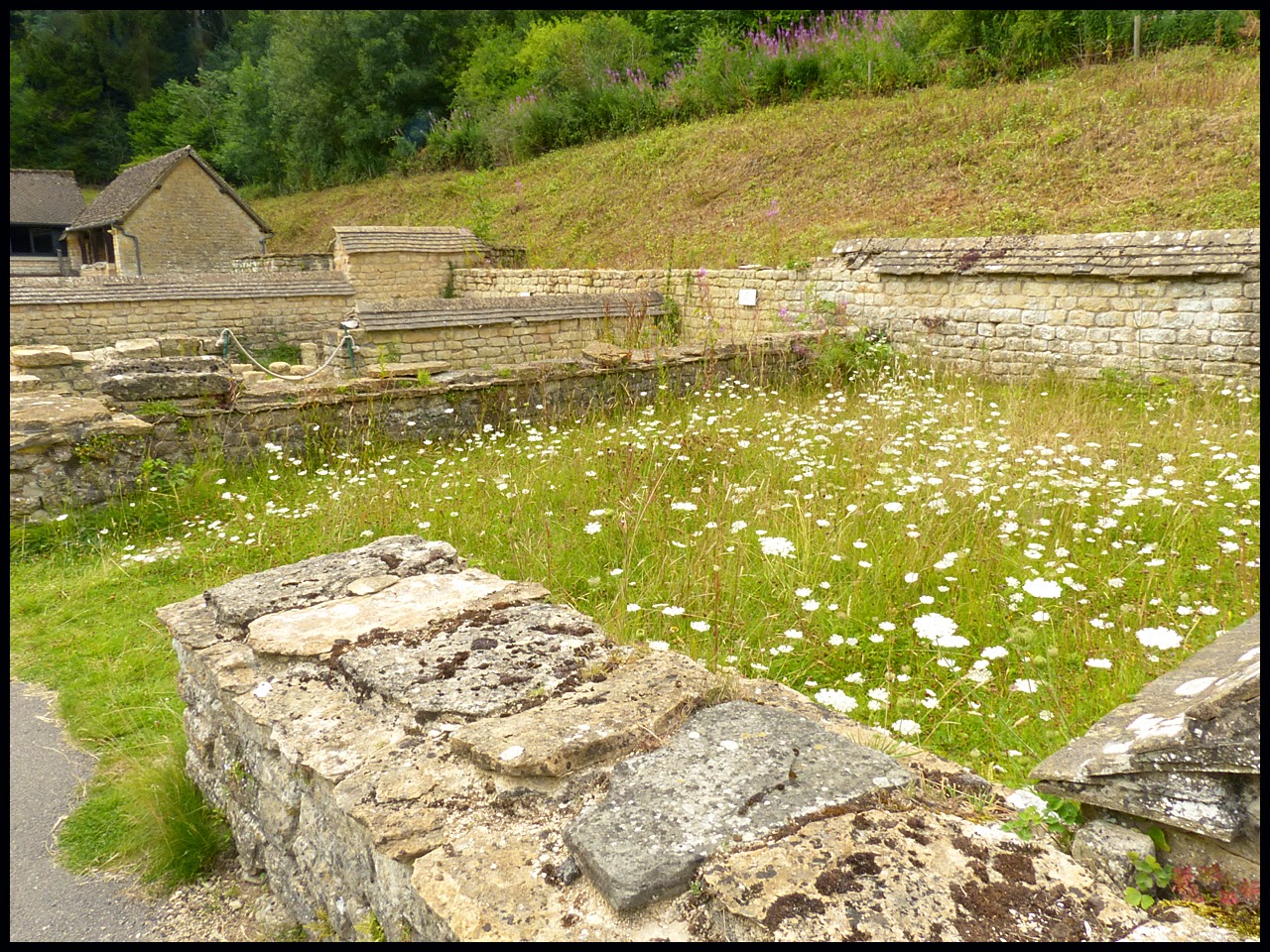 The photo above shows what a lot of nooks and crevices there are in the villa ... 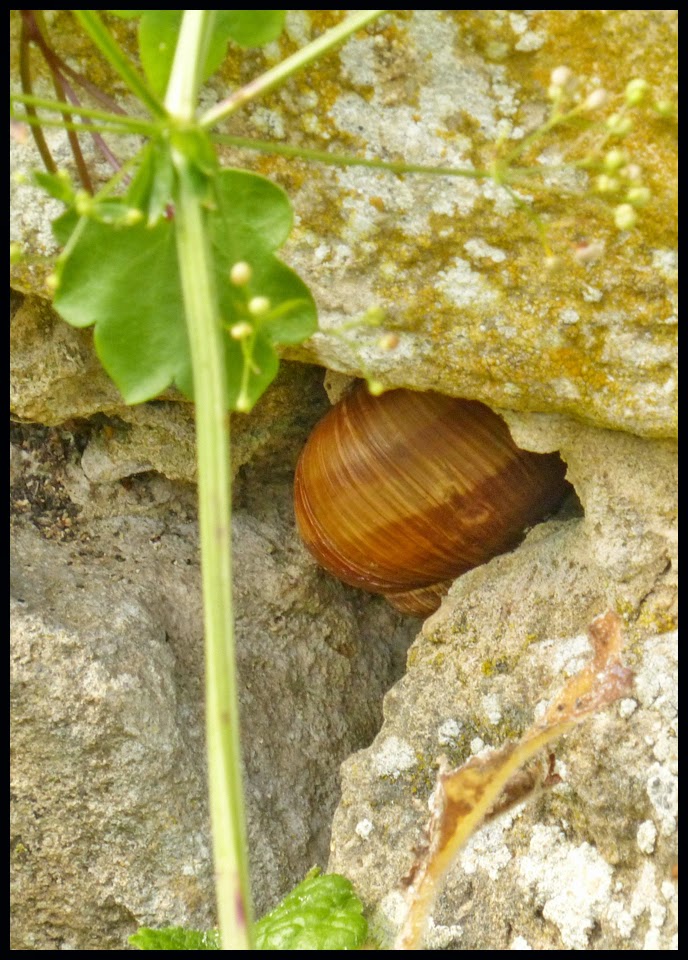 ... and these provide the ideal habitat not only for lizards but also for rare Roman snails. These snails (Helix Pomatia) have been at Chedworth since they were introduced by the Romans. They are protected by law.

We visited the tea room before leaving, and noticed this little chap on one of the chairs! There were newts in the nymphaeum and we came away feeling that while we had greatly enjoyed re-discovering the Roman remains, we had also had a rich and unexpected wildlife experience.
Posted by Caroline Gill at 23:20

The lizard is cool, I love the closeup. Interesting that the snails are protected by law, are they endangered? Wonderful photos and post.

Those snails are a rare species in the UK and may only be disturbed or handled by those licensed to do so or under the direct supervision of a licensed handler.

The Romans imported them as food; they used to fatten them up on milk until they were too large to be able to completely retract into their shells.