Sharing One's Home with a Bee 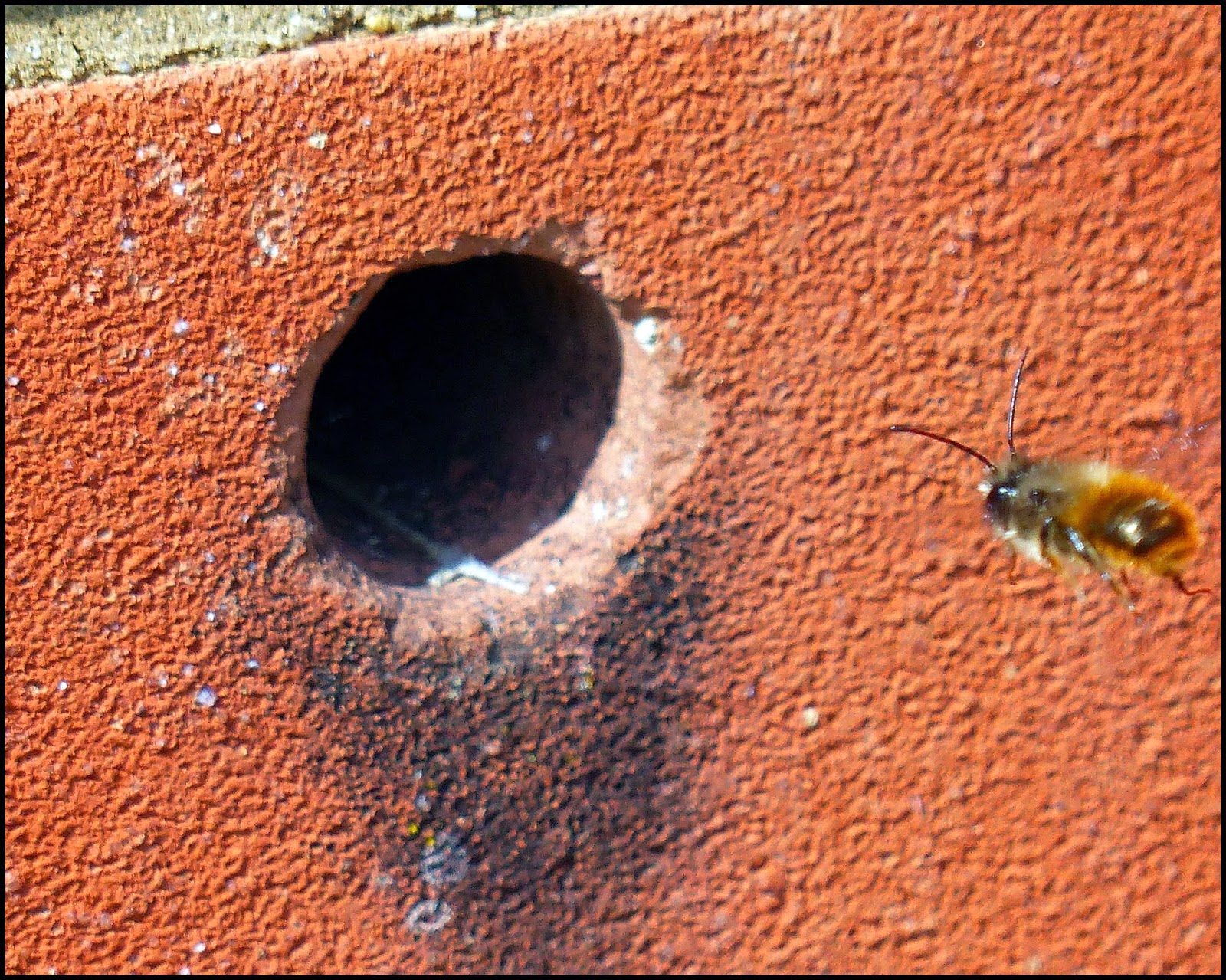 I'm pretty sure that this little fellow is a Mortar or Mason Bee. I had rather expected it to be Osmia leaiana, but I have a feeling the antennae are too long.

Mortar bees usually go for the cement layer between the bricks, but I'm wondering if this hole was originally drilled by a human. These small, sun-loving insects are useful pollinators in the garden. They do not have collective nests and they do not deploy worker bees. I understand that females (or some females) have stings but that they are harmless to humans. A Mason Bee nest consists of one chamber with somewhere between six and twelve cells.

The cells are filled with 'bee bread', a mix of nectar and pollen. Eggs are laid, and when they hatch, the larvae feed off the bee bread. They pupate and emerge in May or perhaps June. 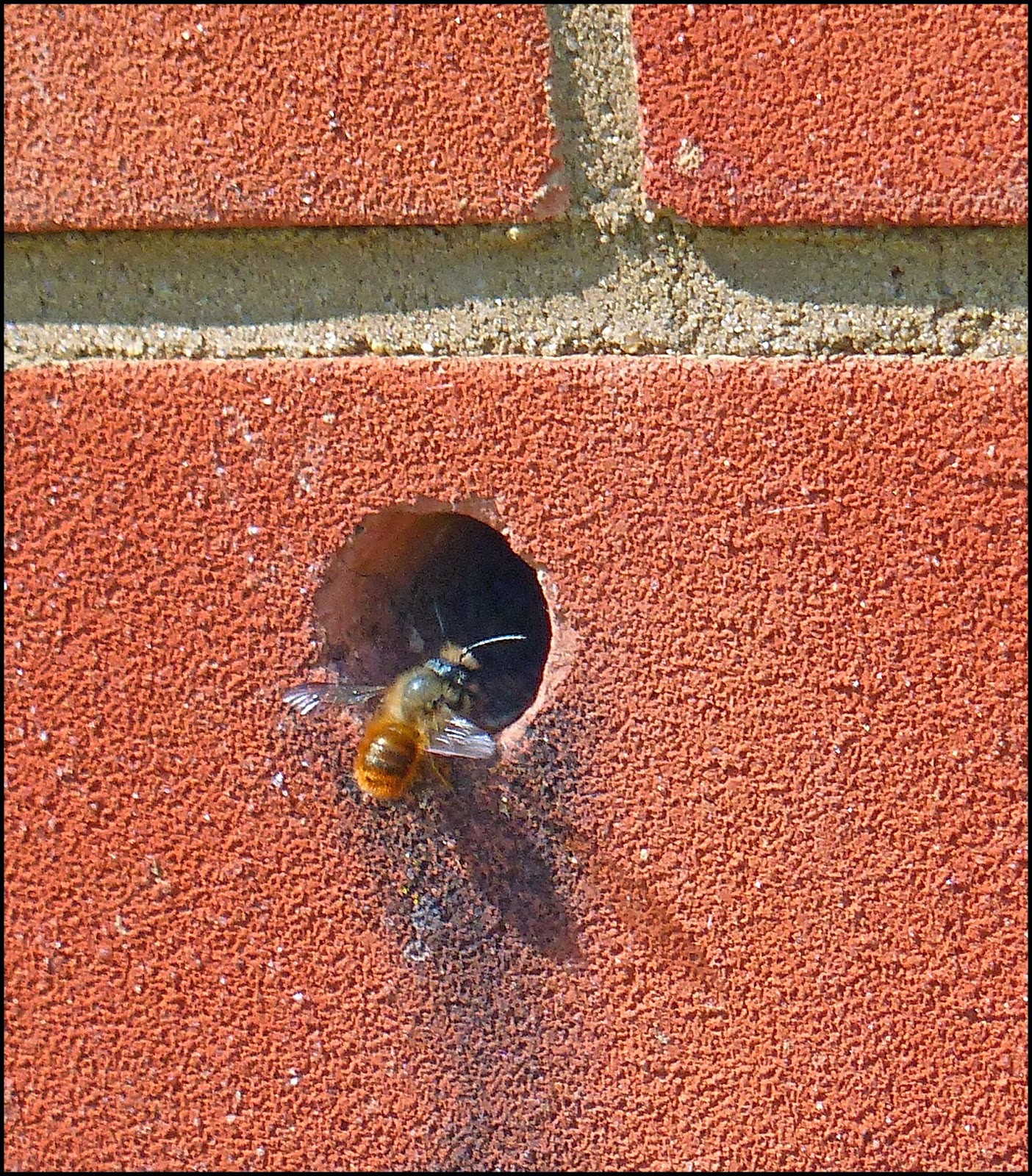 This was very interesting to read - thanks. I have just put up a bee hotel I was given as a Christmas present and am hoping to attract some solitary bees. I saw a lot of bumble bees in the garden last summer, but then I wasn't really aware of the other types. Will be looking more closely this year.

That definitely looks like a drill hole to me. What a great shot of it flying in!

The hole does look perfect, like it was drilled.. I hope the bee does not go into the house.. Neat photos. Have a happy weekend!

I love bees, wonderful insects to have around