We were very excited when we heard that the BBC Springwatch programmes would be coming from RSPB Minsmere, which is a reserve we thought we knew quite well. The first programme has already put paid to that feeling as we found ourselves learning a number of new facts as we watched the screen last night.

However, we made a new 'discovery' of our own at the weekend when we noticed several newts on site. Does anyone know if there is a collective term for them? I know very little about these attractive creatures, but we soon realised that there appeared to be more than one species in the water.

We had hoped that the newt in David's photo above was going to be a Crested Newt, a variety we had not seen, but I suspect the red belly points to an ID of a male Smooth or Common Newt (Lissotriton vulgaris / Triturus vulgaris) since these amphibians display crests during the breeding season. You can read more about them on the ARKive site. You can read about their conservation status here and about their protection under the law here.

If you are reading this blog and can confirm or refute my tentative identification for the newt above, I would be extremely grateful! To complicate matters somewhat, I understand that the Great Crested Newt can have an orange underside ...

The light conditions made it difficult to catch a good glimpse of the creatures, but we enjoyed seeing them all the same. The newt photographs below have been cropped and enlarged. I had been looking for dragonflies and damselflies, so the newts were an added and unexpected bonus! 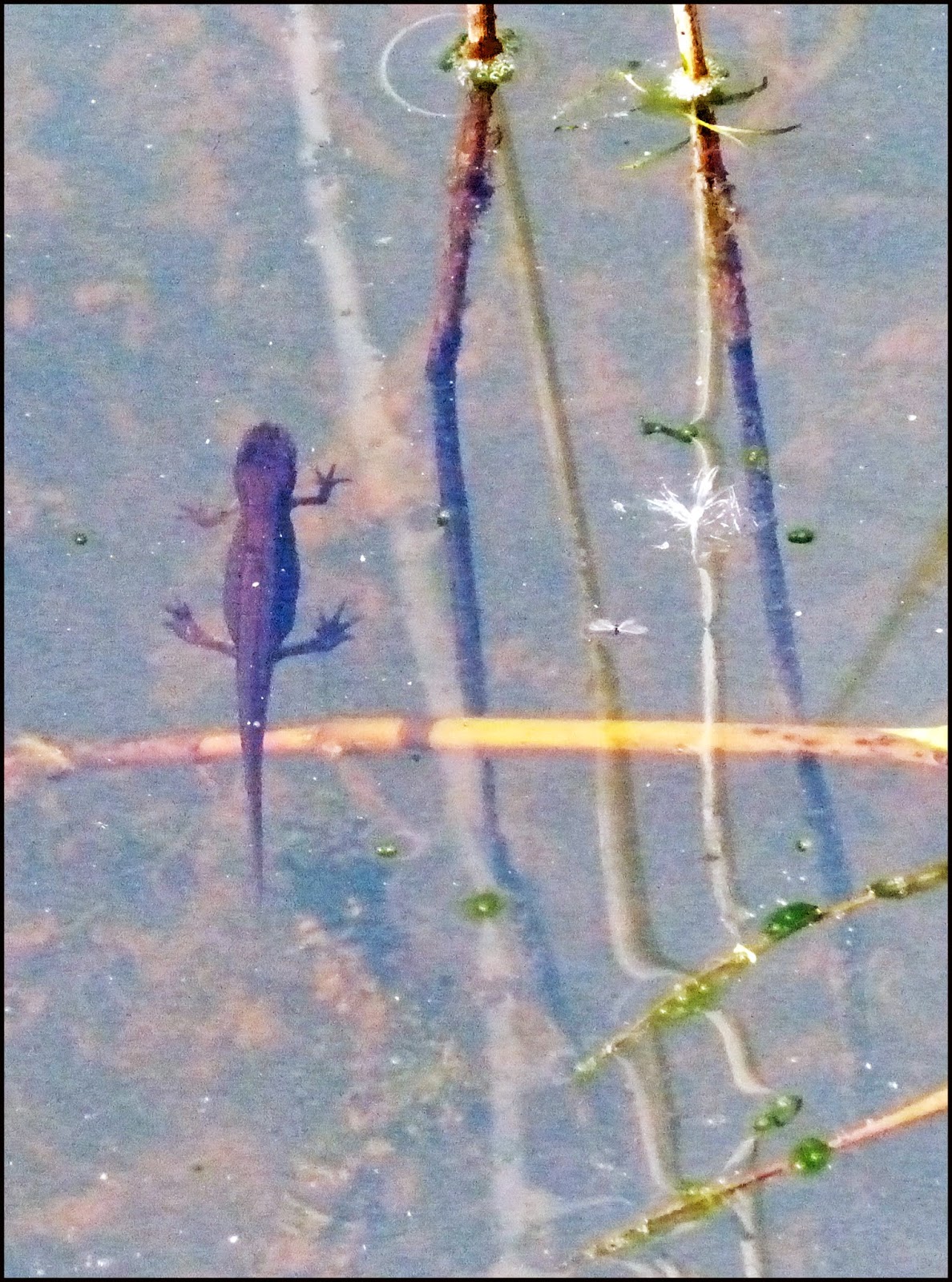 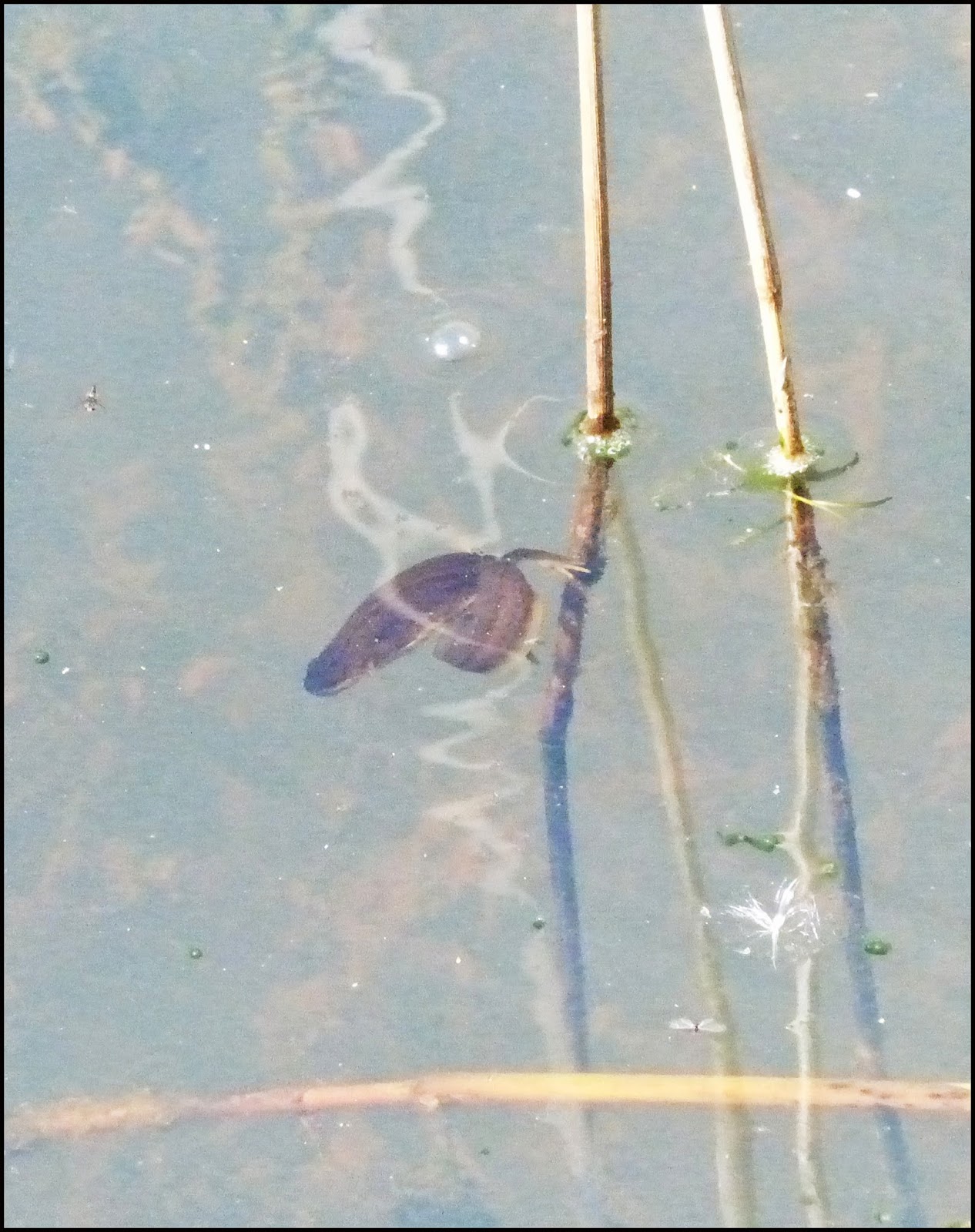 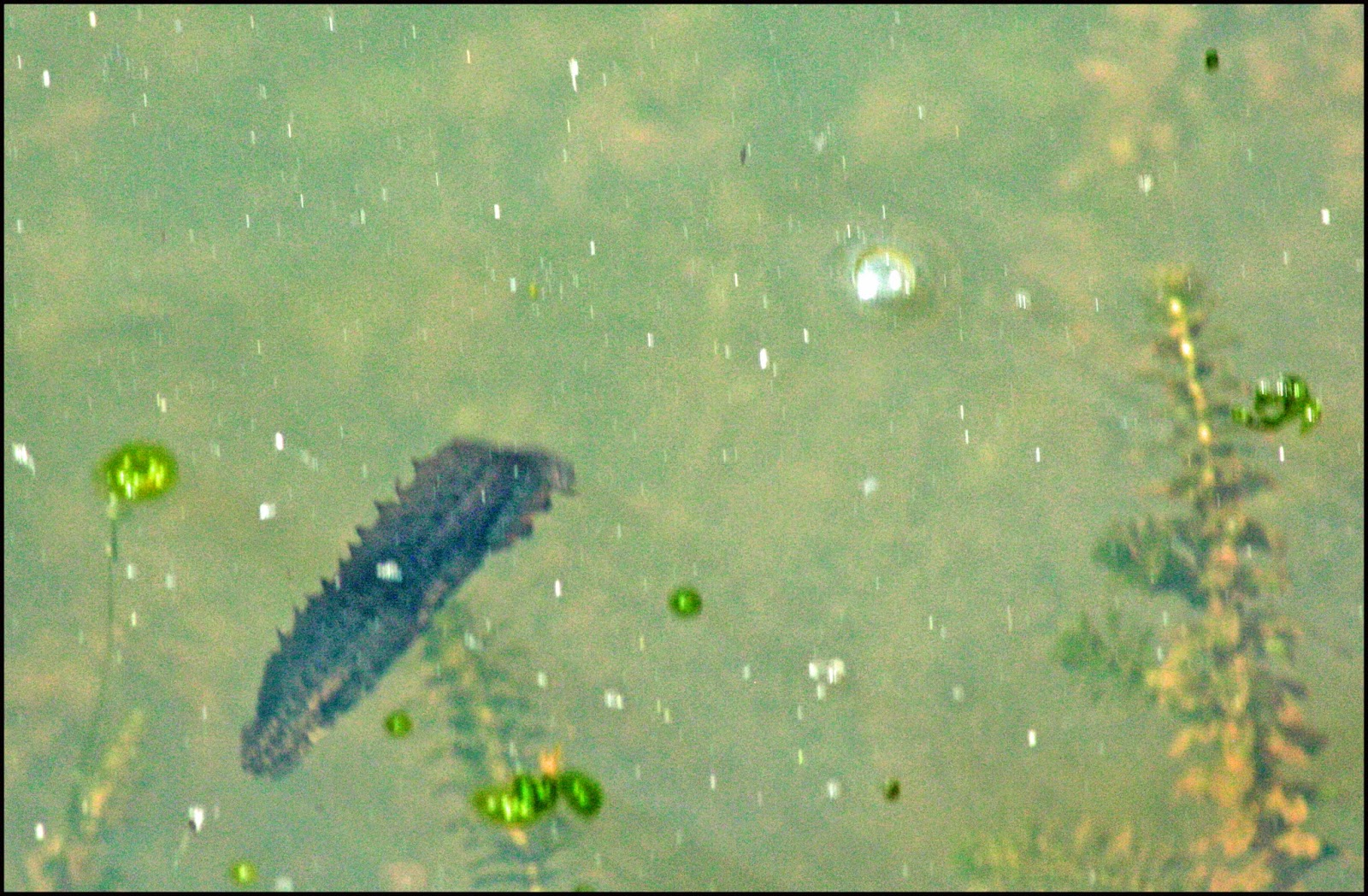 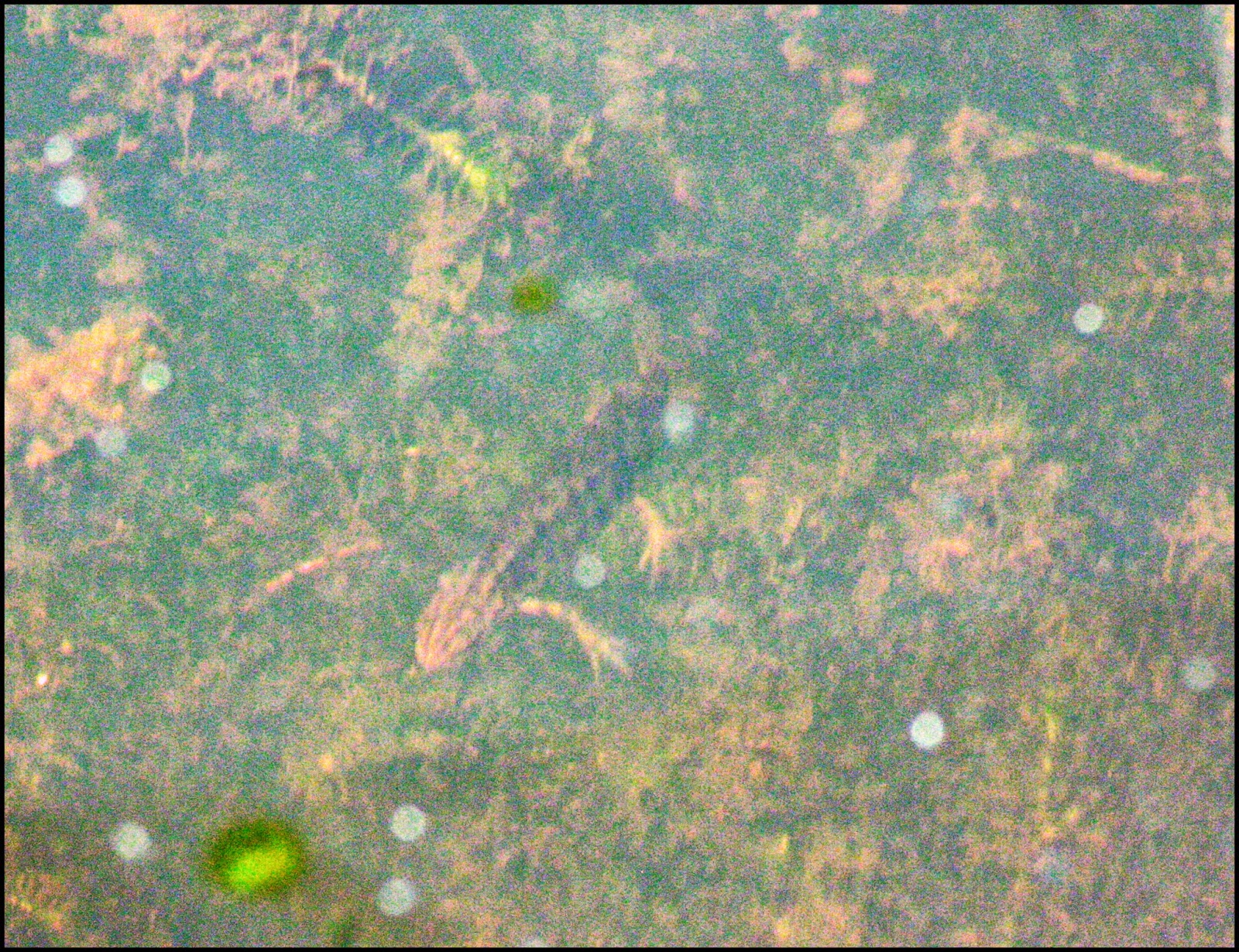 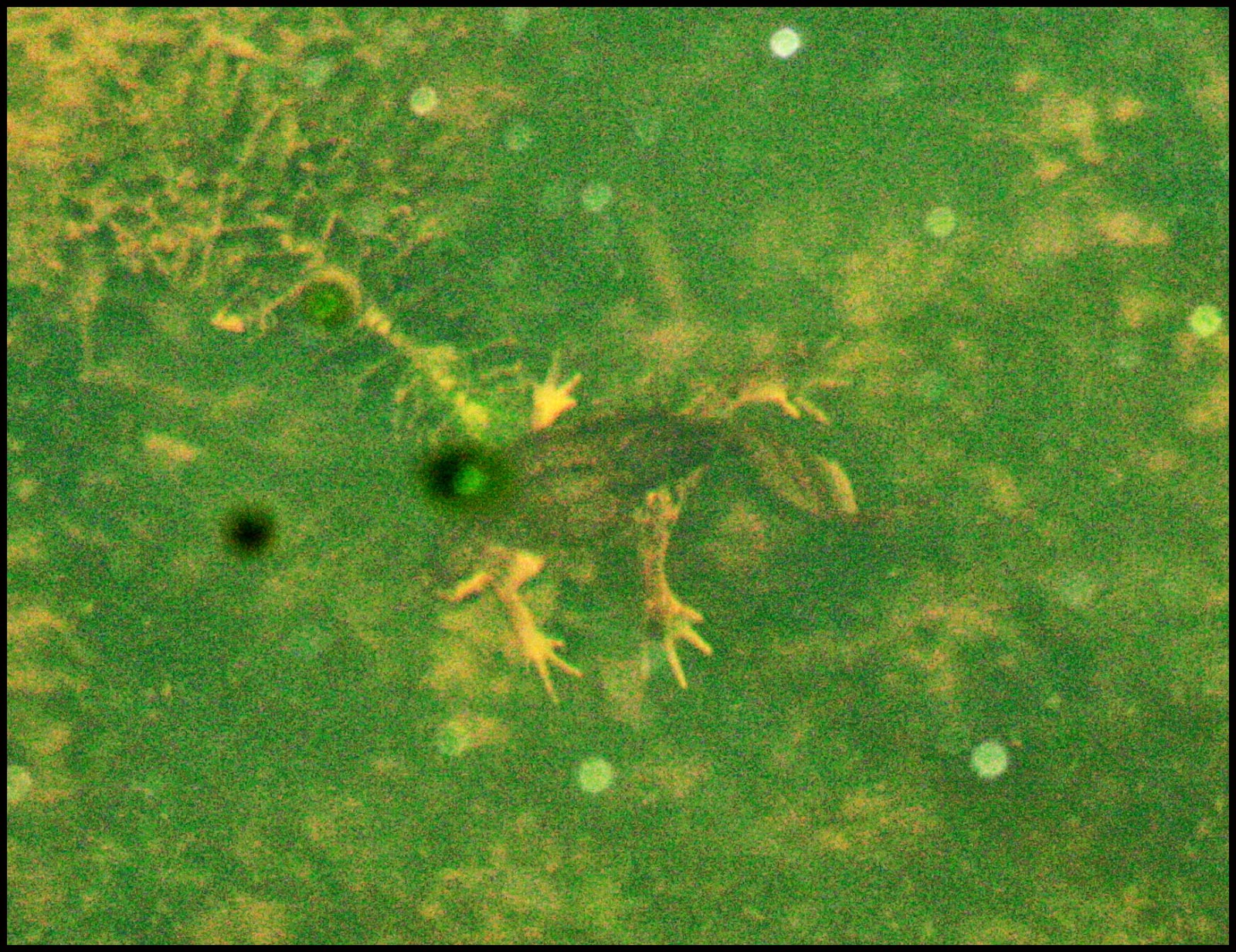 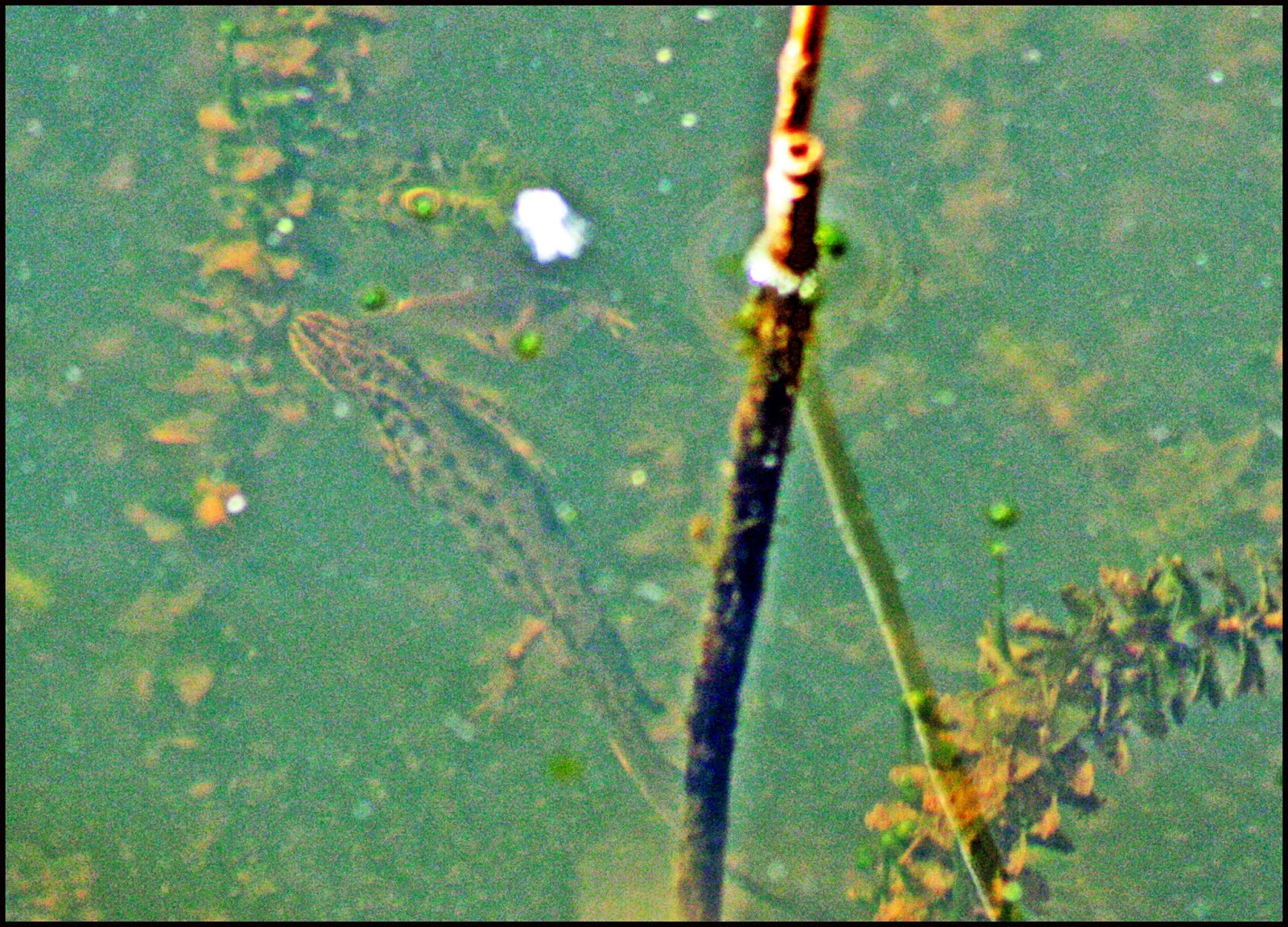 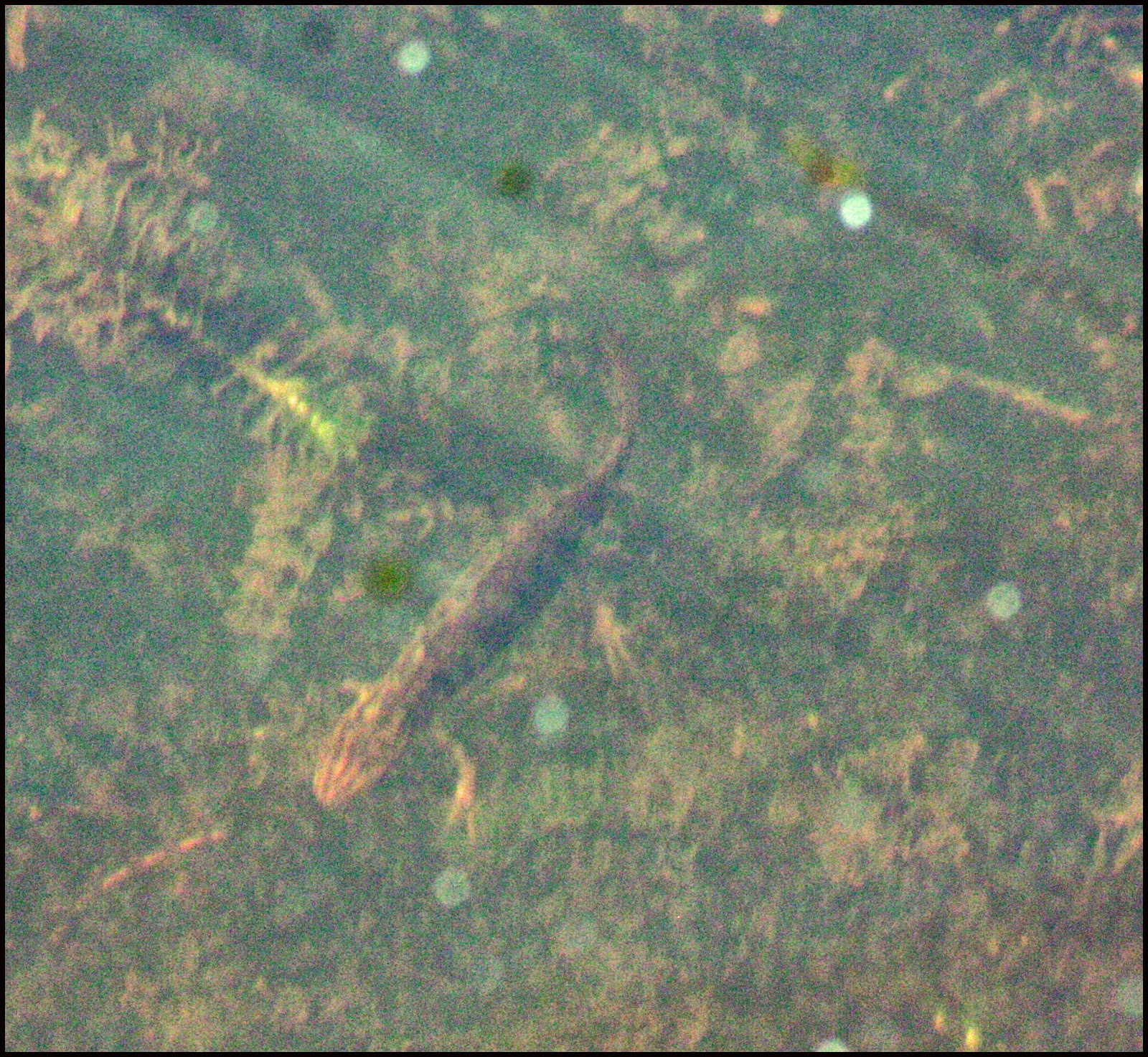 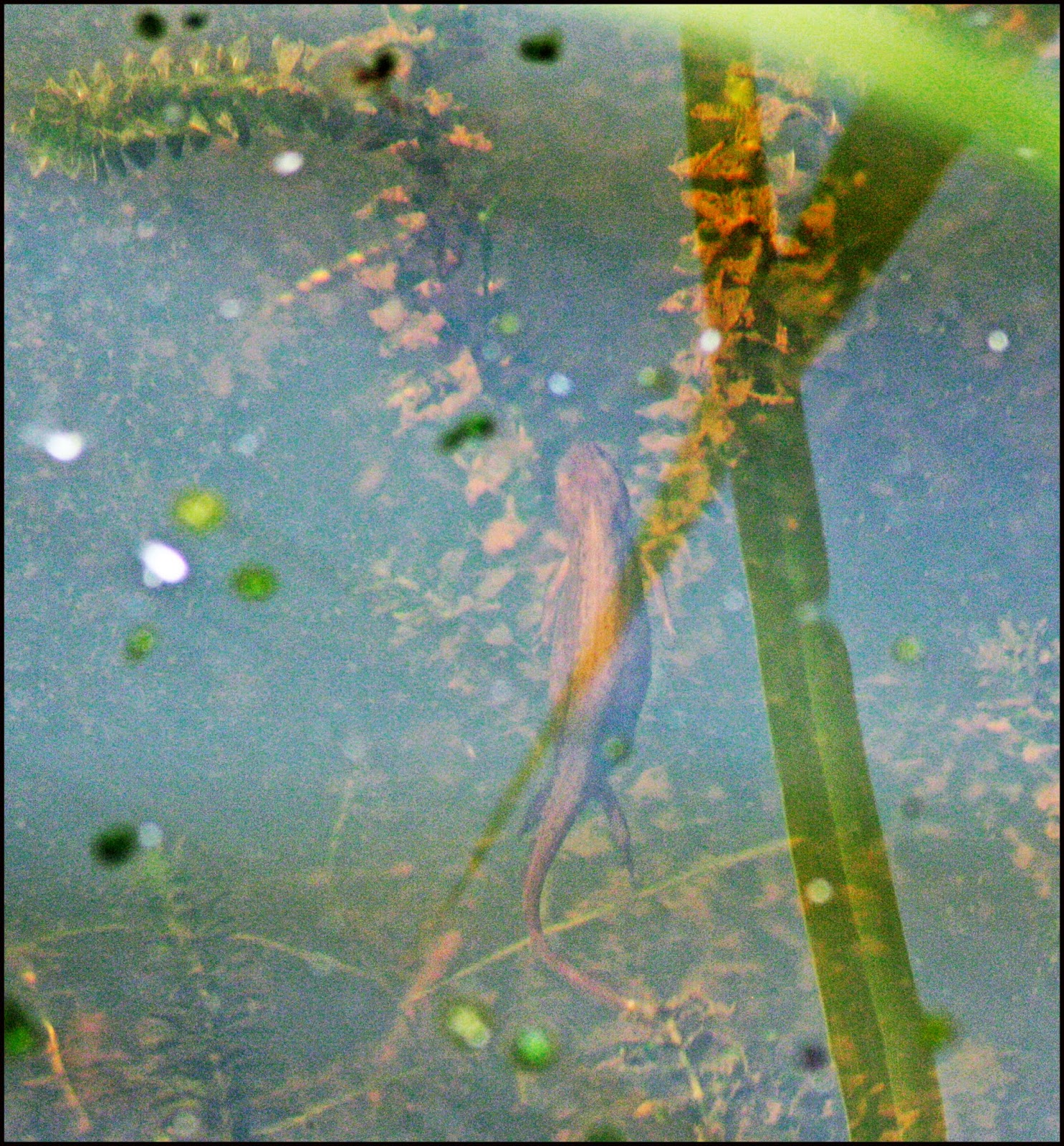 Hello Caroline, it will be nice to watch the BBC programs from a place your are familiar with..The Newts are a great find. Have a great day!

I don't know much about newsts at all, in fact I've very rarely seen any