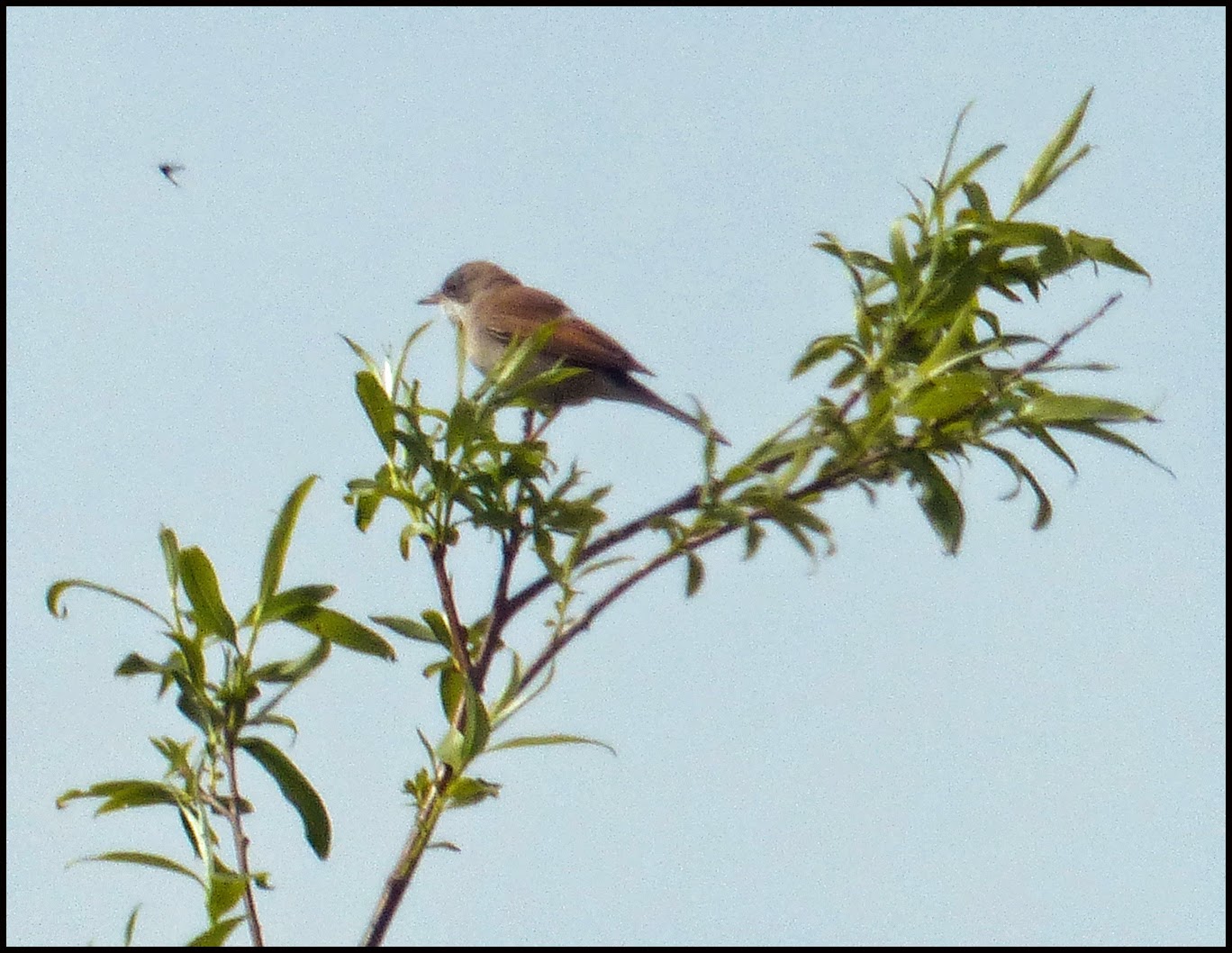 We spent much of Bank Holiday Monday here at Carlton Marshes, a nature reserve in the care of the Suffolk Wildlife Trust. The small bird (is it perhaps a Whitethroat?) was singing from the highest point of the willow as we arrived. 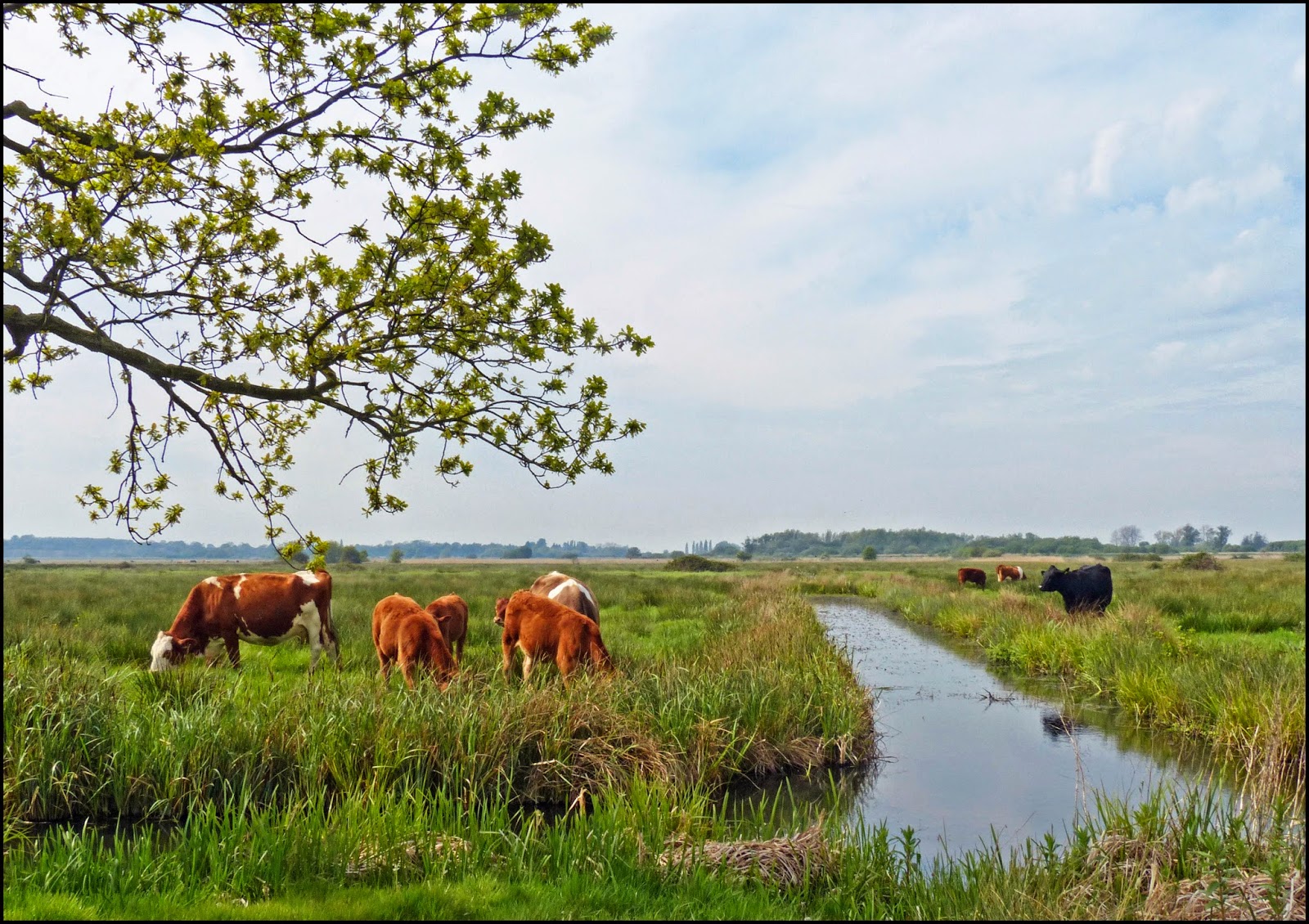 The Carlton Marshes reserve comprises fen, meadow and waterway. The tranquil views always remind me of a Cuyp landscape - and, of course, the Netherlands are not far away! 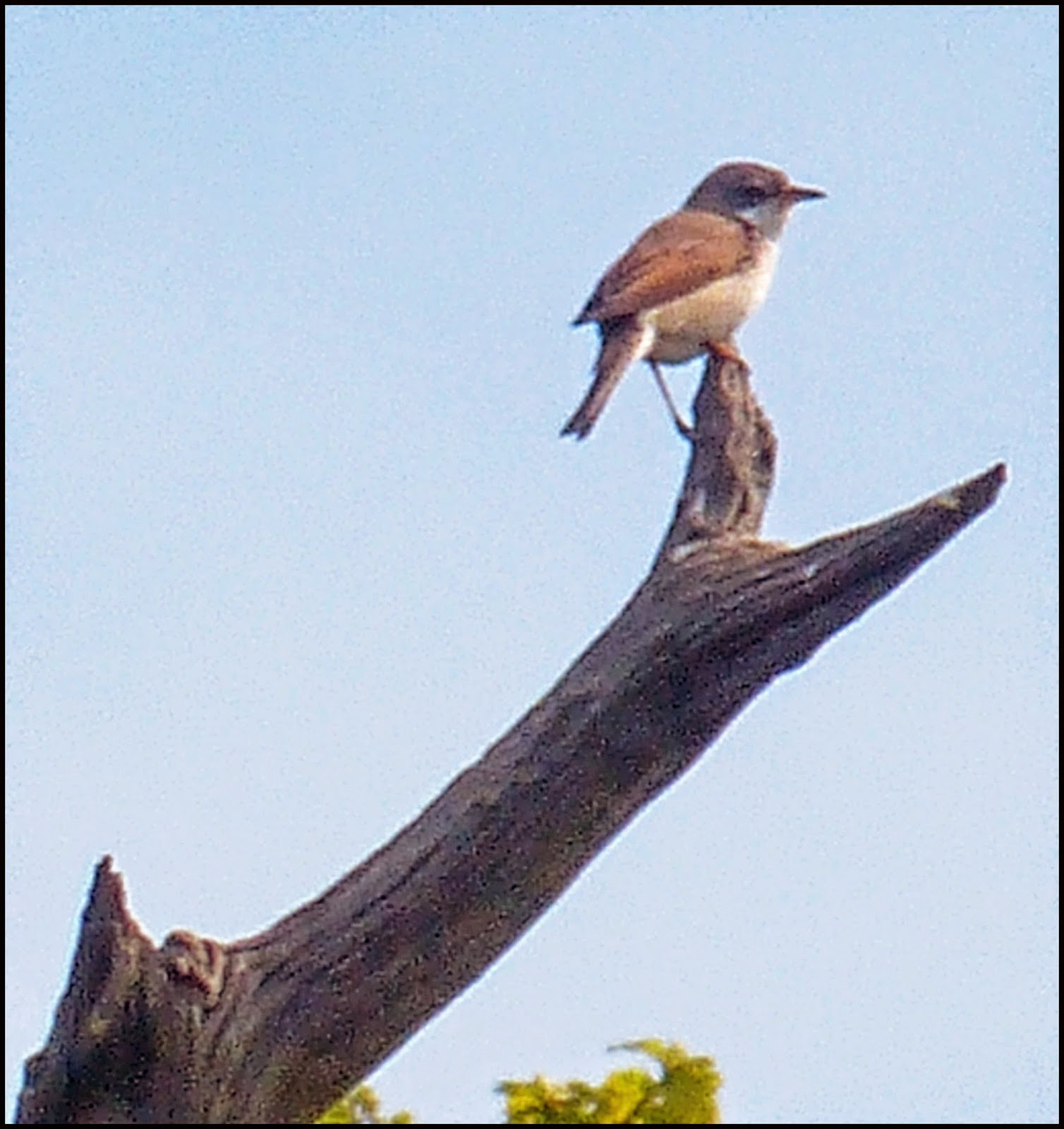 The bushes and trees were alive with birdsong. Summer migrants continue to arrive - though I have yet to see a Swift. 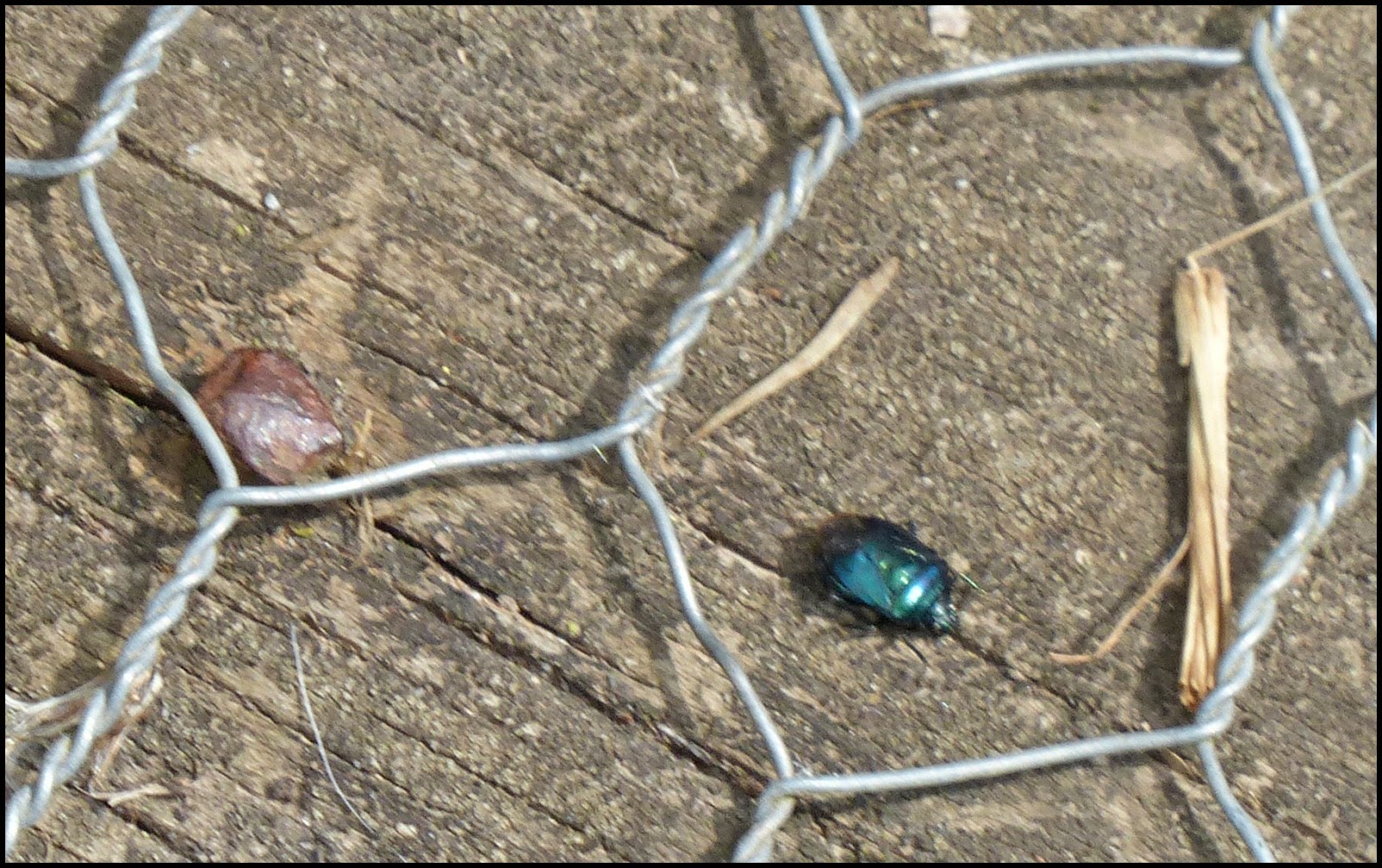 This small iridescent beetle attracted my attention. I assumed at first that it was a Dock Beetle, but with its marked triangular scutellum behind the pronotum and between the forewing bases, I am not so sure. It was very small (the size of an average 7-spot Ladybird). I don't believe it was a rare Rose Chafer Beetle, (the size of a small fingernail), though I was interested to discover that these beetles had been recorded in Suffolk in the last five years. 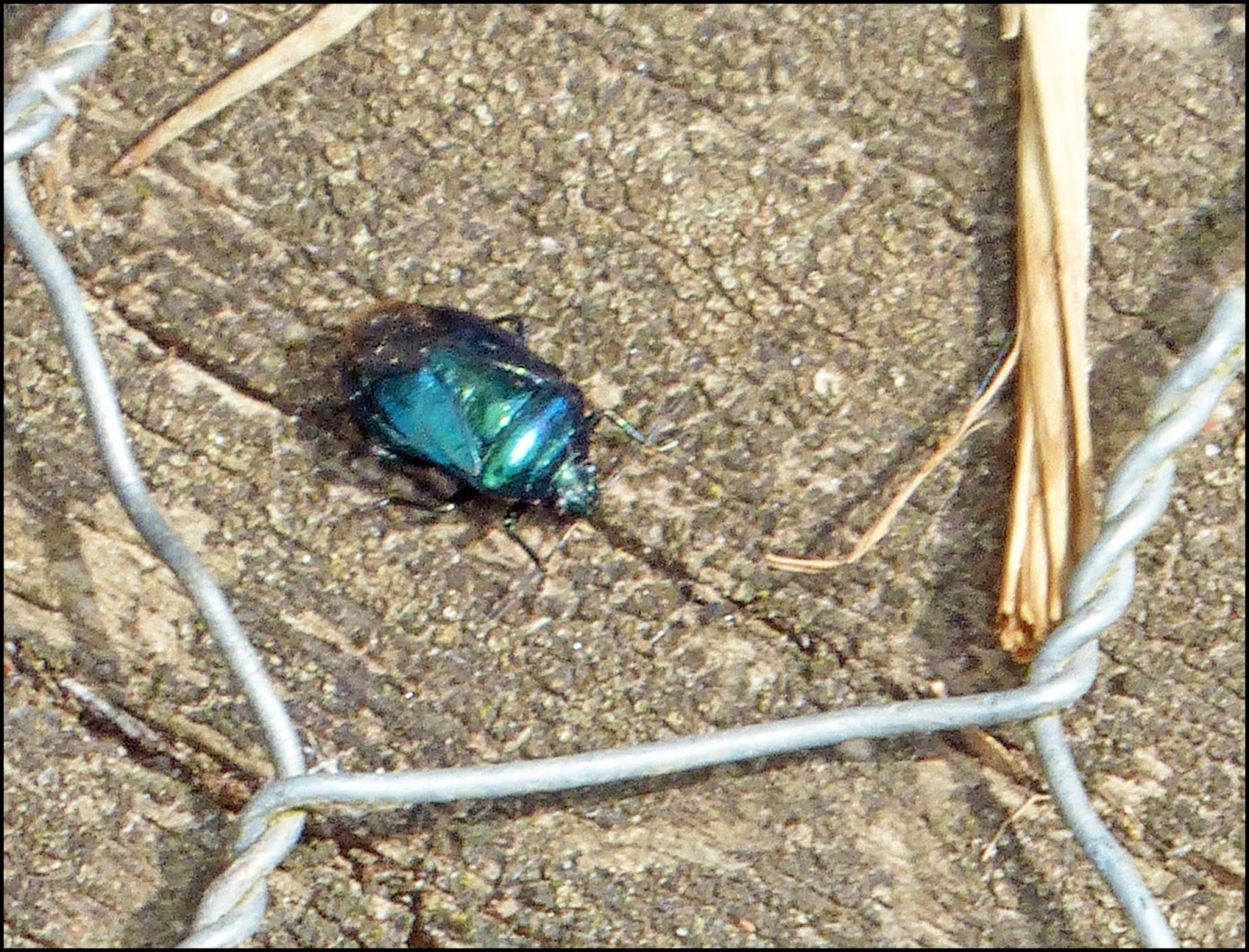 The sun came out intermittently, encouraging insects to show their faces. I think the creature below is a Common Cranefly. 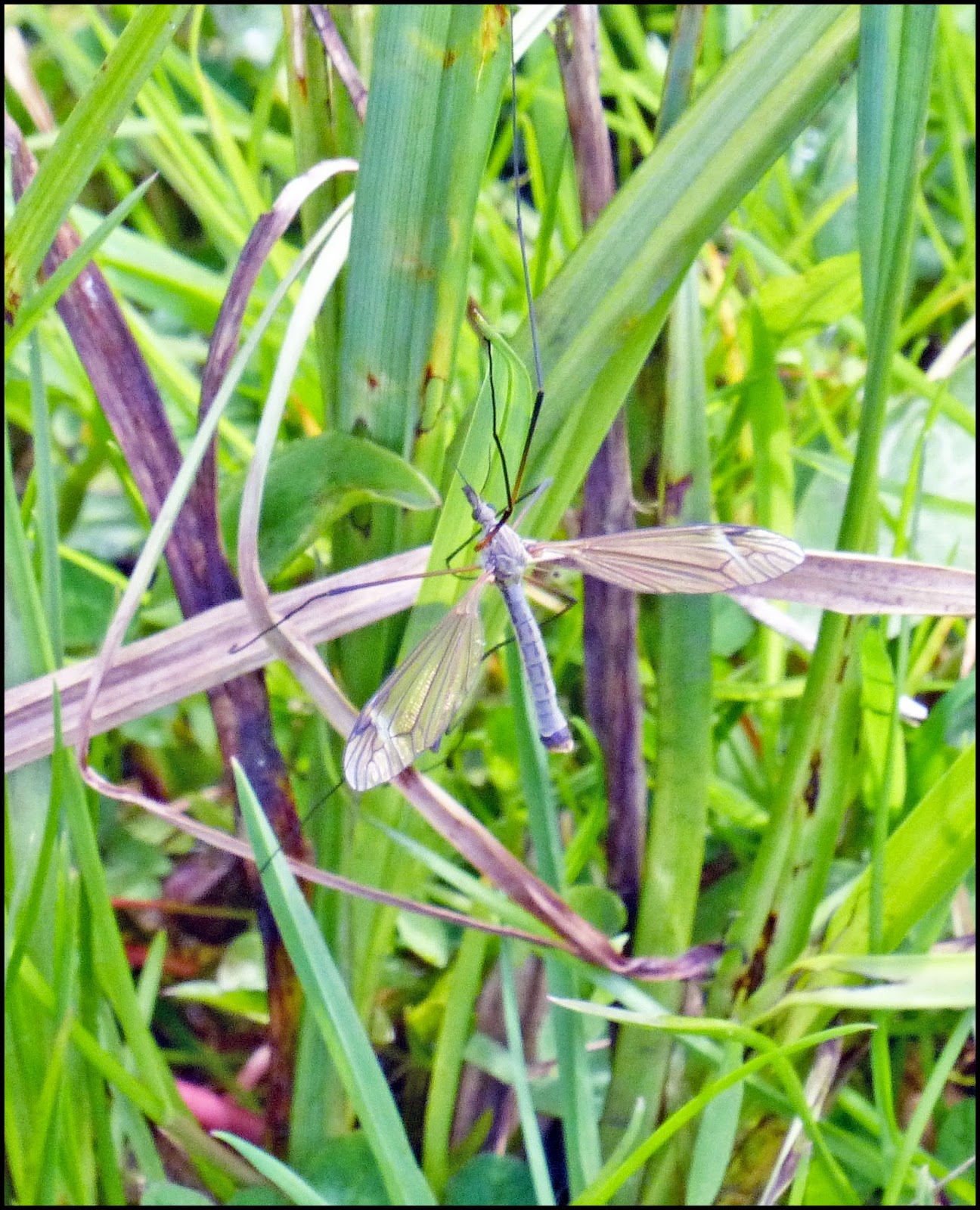 We were thrilled to find our first Damselfly of 2014, which you can see in the photo below. I have not been able to identify it with any certainty yet, but its opaque grey-blue eyes must surely provide a clue.

We also saw our first Dragonflies of the year in the form of a couple of Hairy Dragonflies, members of the Hawker family, who were too quick for my camera. 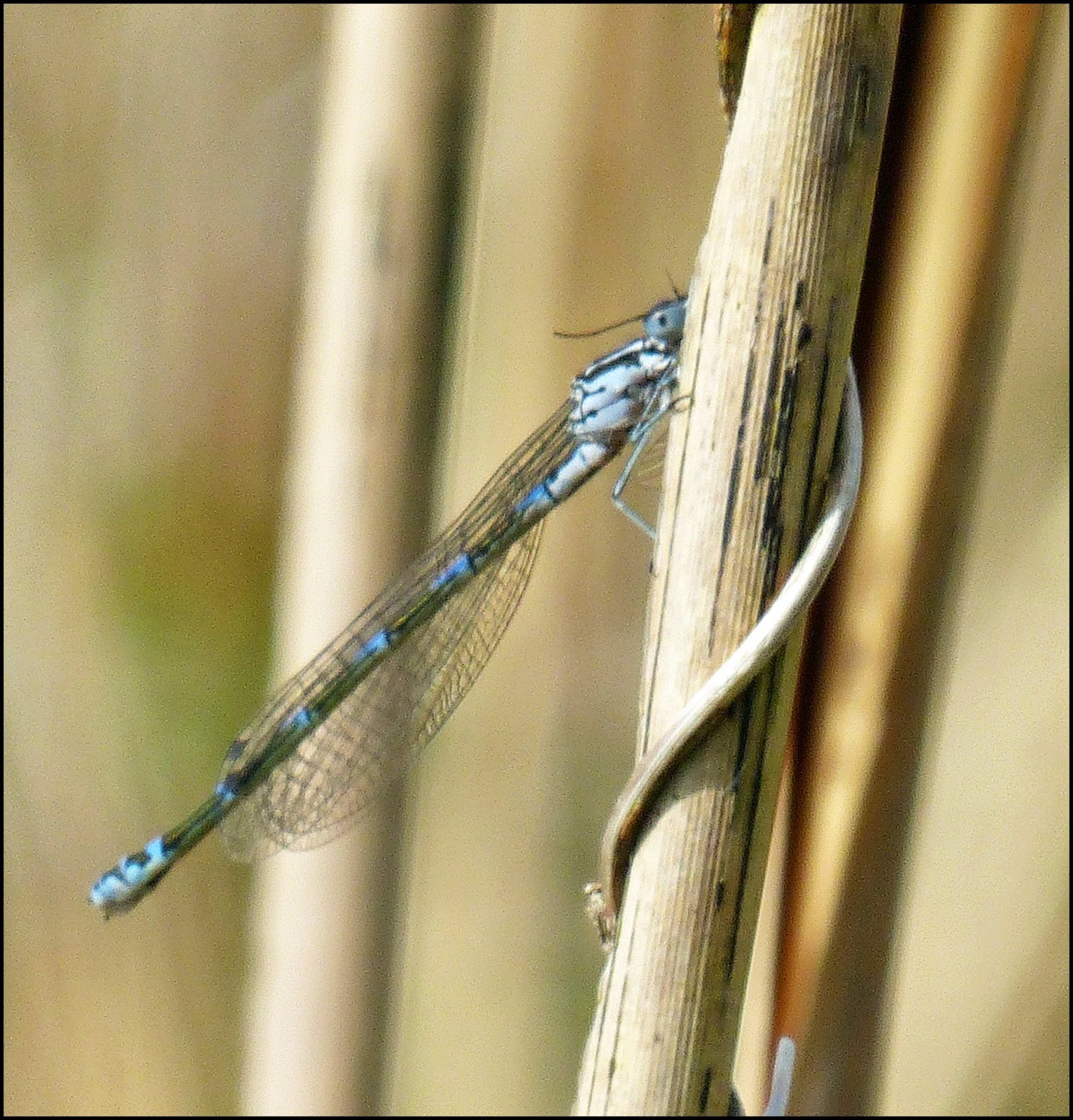 The marshy areas were alive with butterflies. Most were Orange-tips, but this seems to be a Green-veined White. 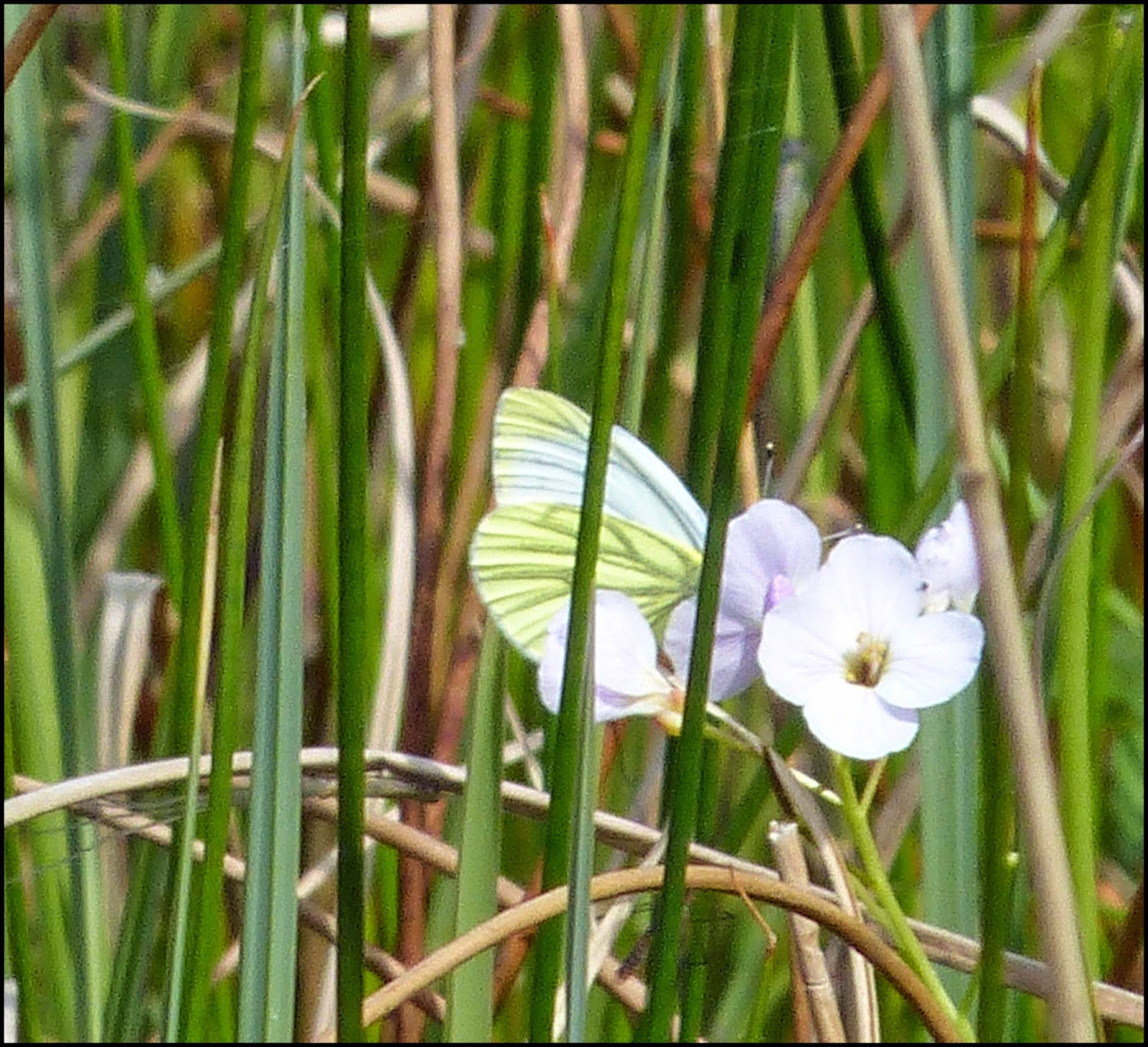 Up until last Monday the only caterpillars I had seen this year may well have been from Brown-tail Moths since they were in tents on the Blackthorn bushes we passed on our way back from Stansted Airport some weeks ago. As you can see from the photo below, that situation has now been rectified ... 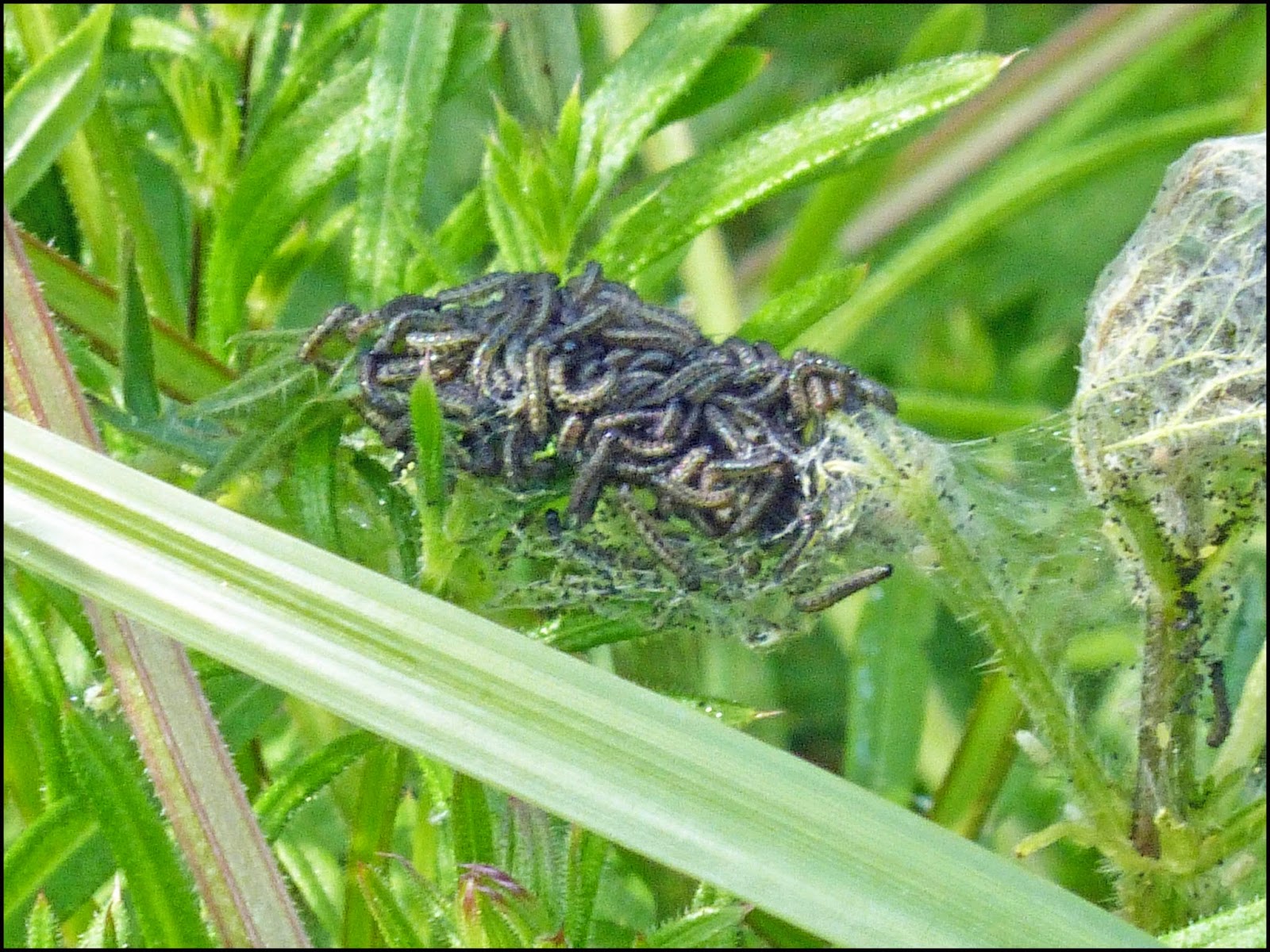 I seem to be drawn to red and black insects, but this fine specimen below is (to state the obvious) not a Ladybird. It is a Red-and-Black Froghopper, one of the largest homopterans in the UK. 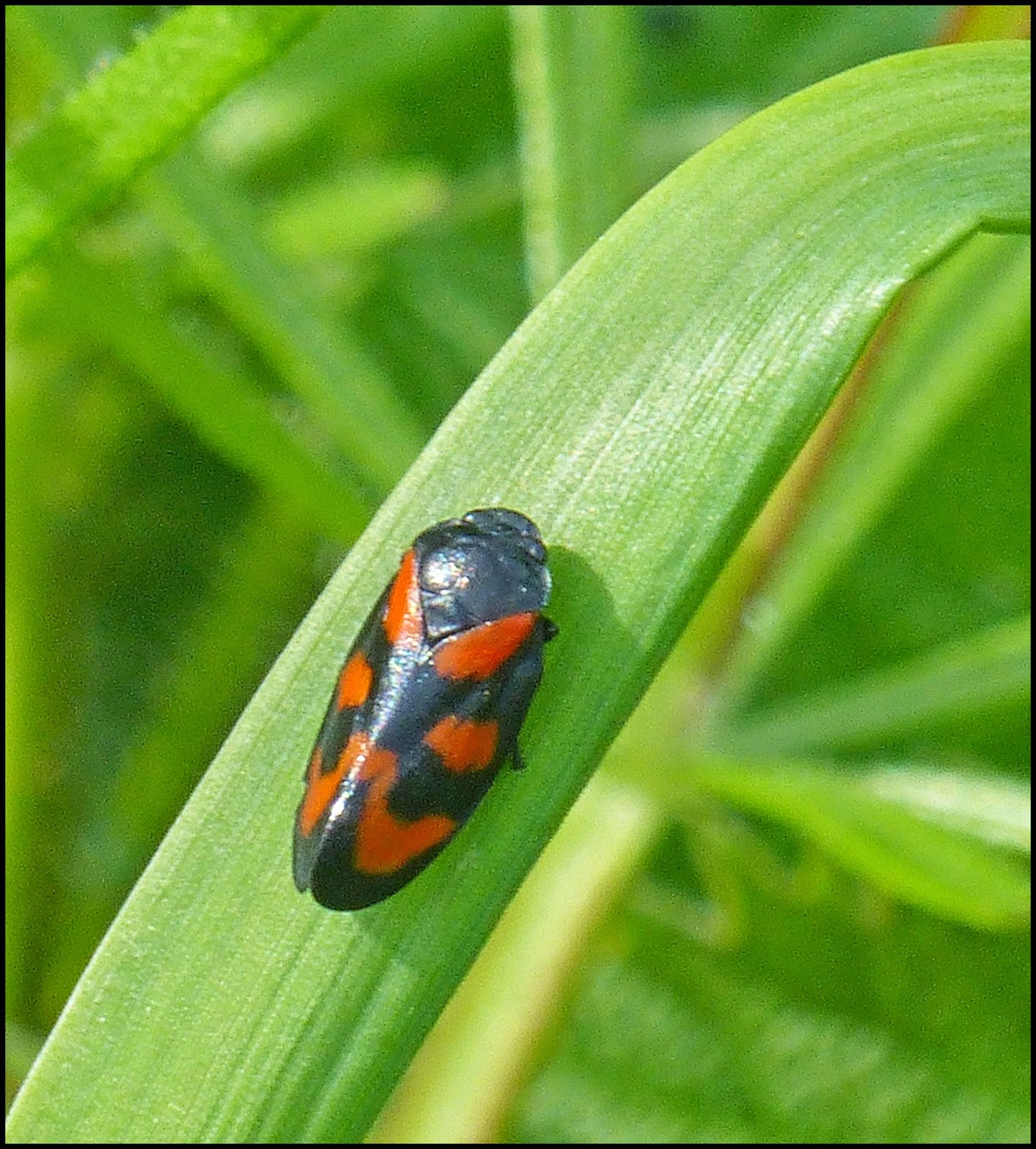 I see I spotted one of these a year ago at Carlton Marshes. 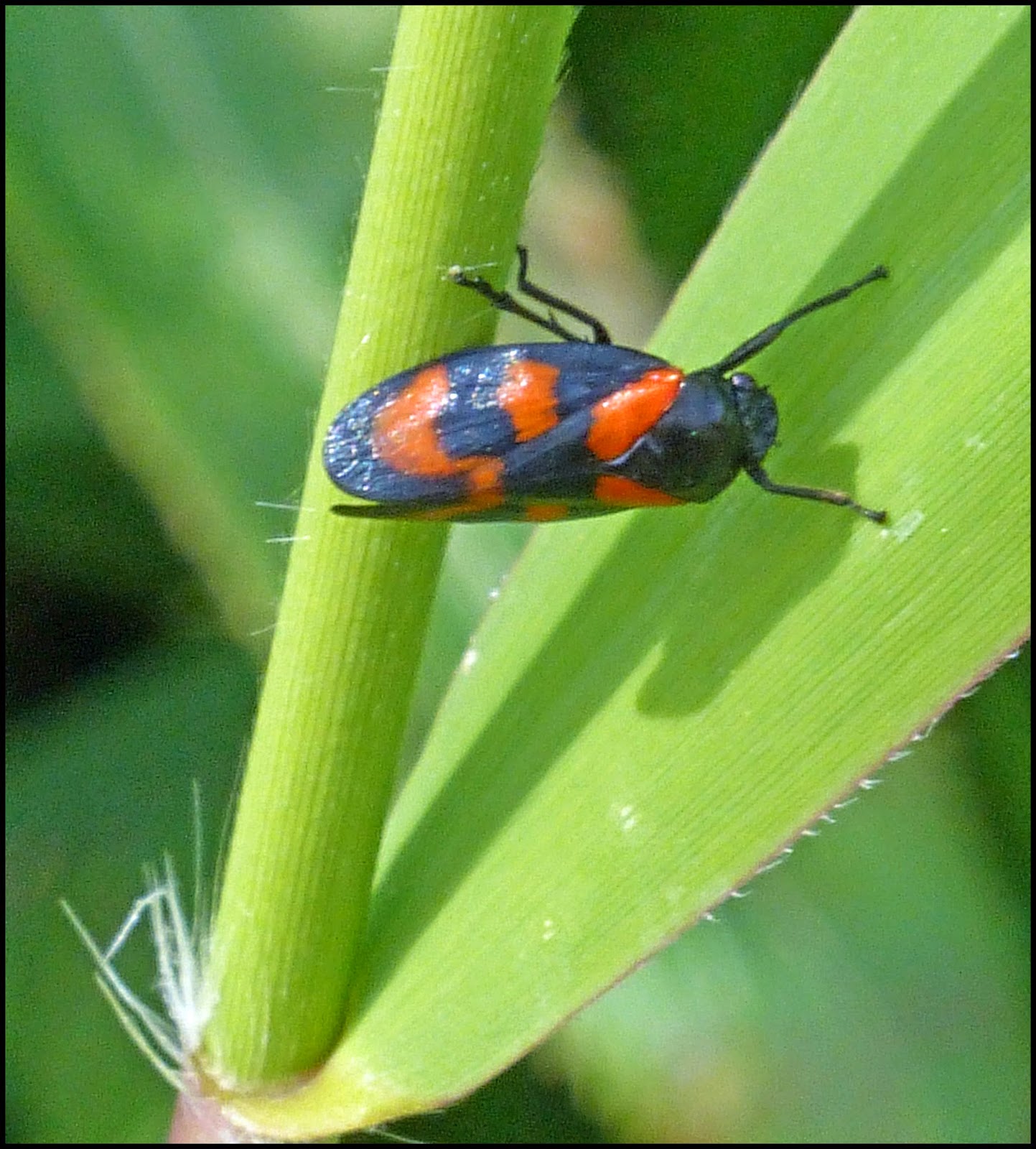 This time we saw three. 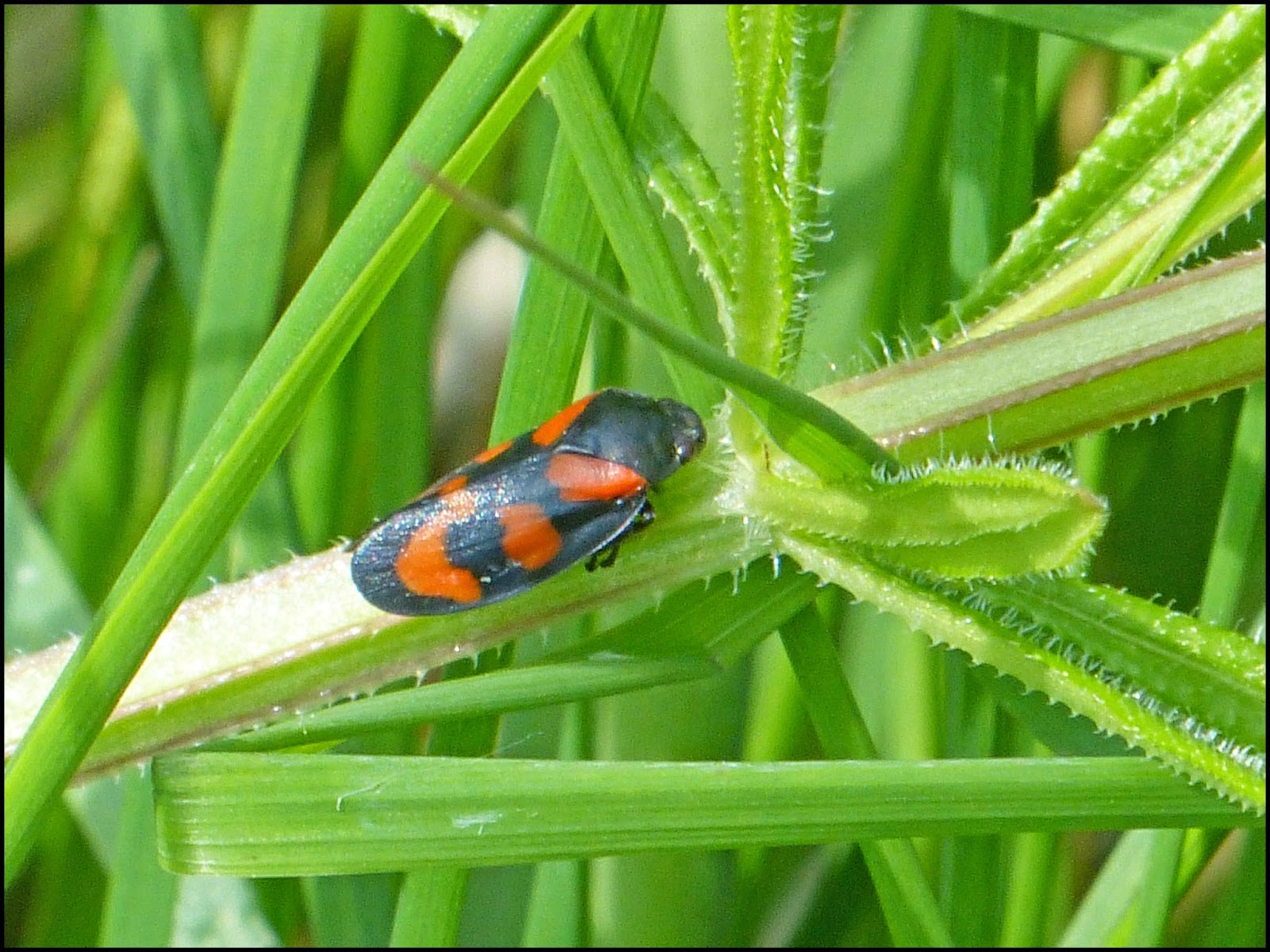 And finally, our eyes alerted on another red and black insect lurking in the verge - a 2-spot Ladybird, and my first of 2014. It seemed very small. I shall be recording it on the UK Ladybird Survey. 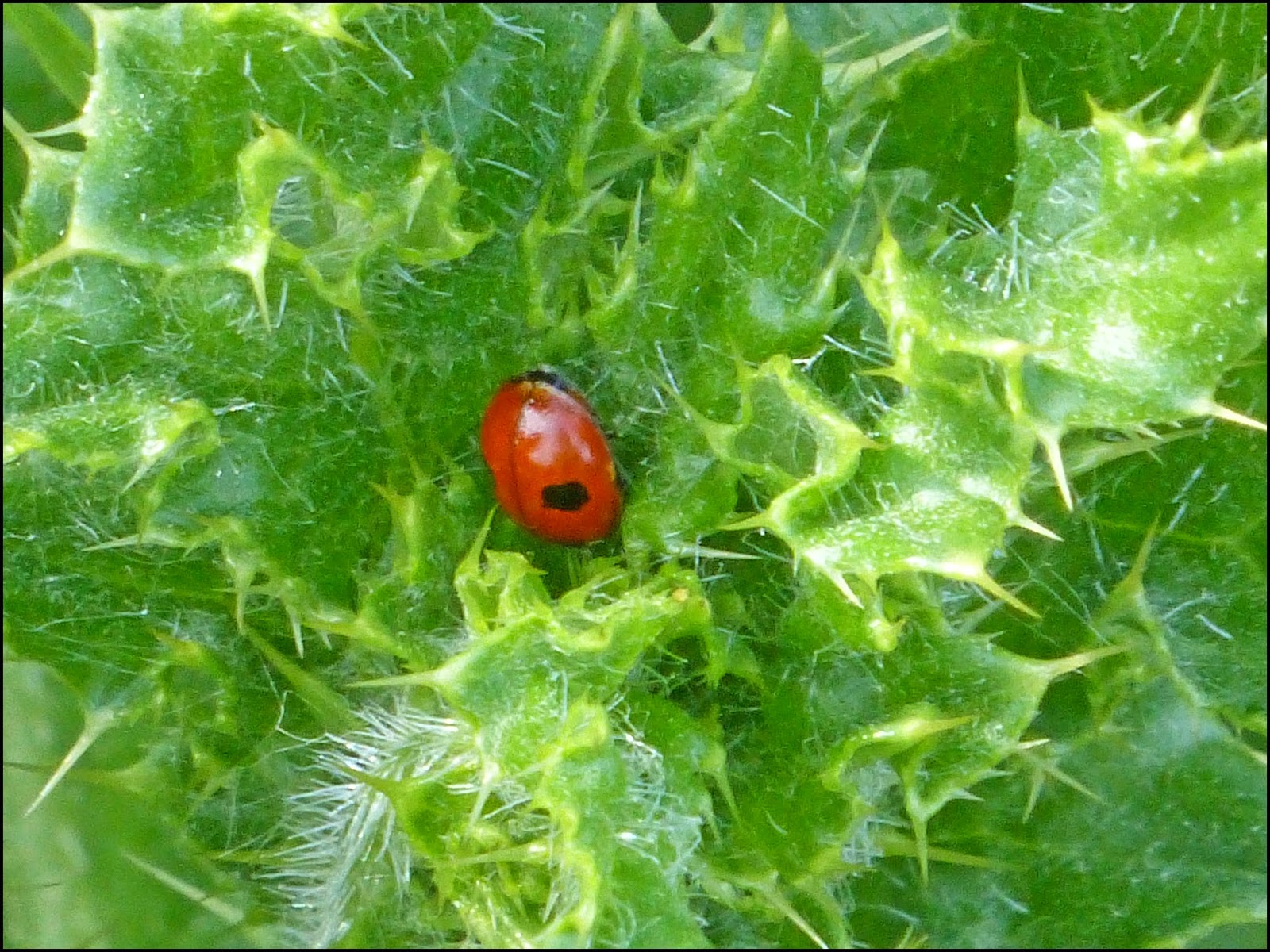 Caroline, awesome photos of the insects! Great post, have a happy weekend!

Amazing photos, Caroline. i don't know what your shiny beetle is, but I now know that the shiny beetles I saw recently were dock beetles, so thanks for that link

That froghopper is amazing!