Quiz Time: What breed of Bird is this Baby? 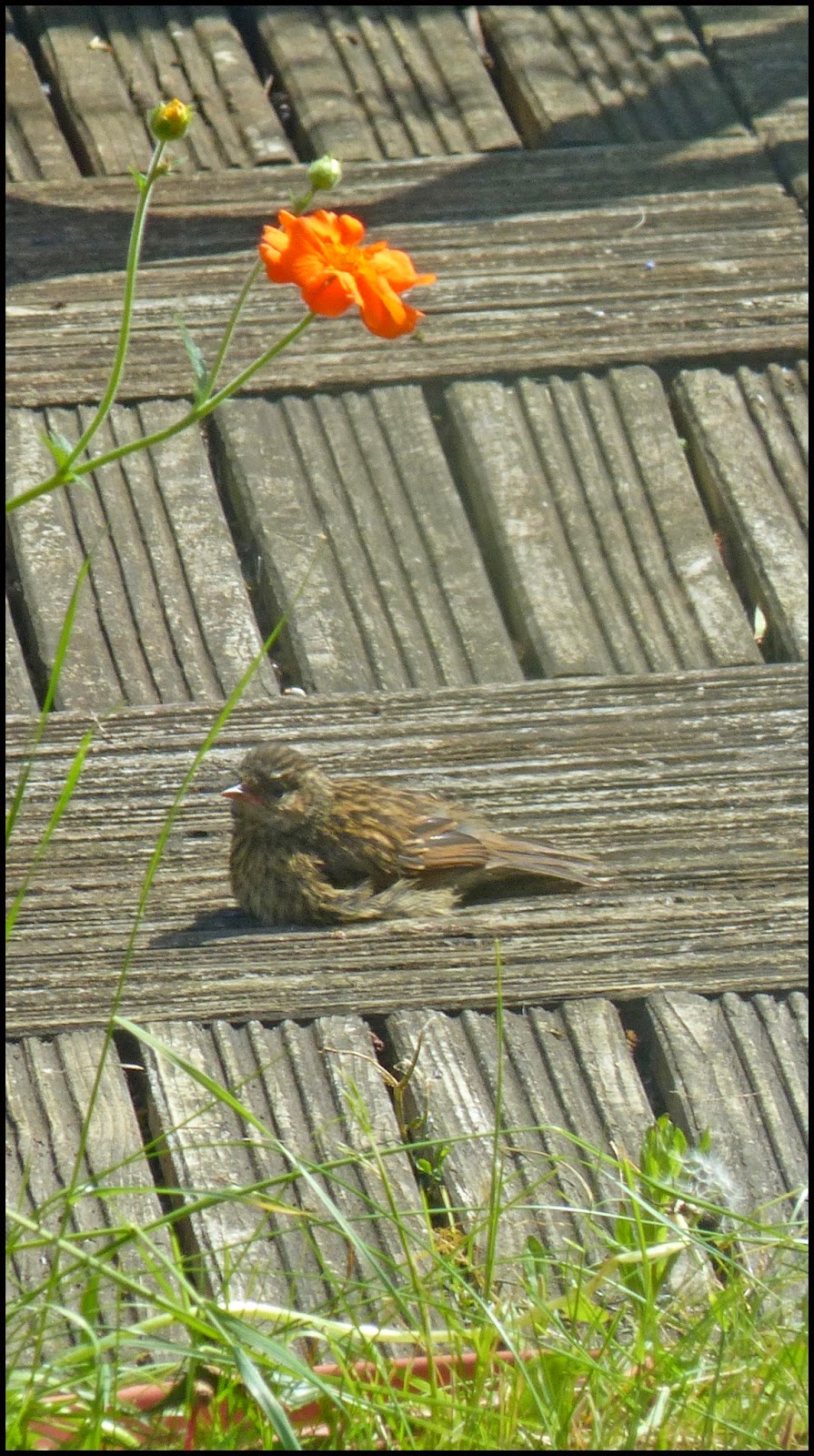 I was delighted when I looked out yesterday through the glass of the patio door and saw this little bundle of feathers - but was it a young Dunnock or a baby Robin? Do let me know your thoughts on this! The fledgling appeared at first to be sunning itself and relaxing (do birds 'relax'?) under its orange Geum parasol. 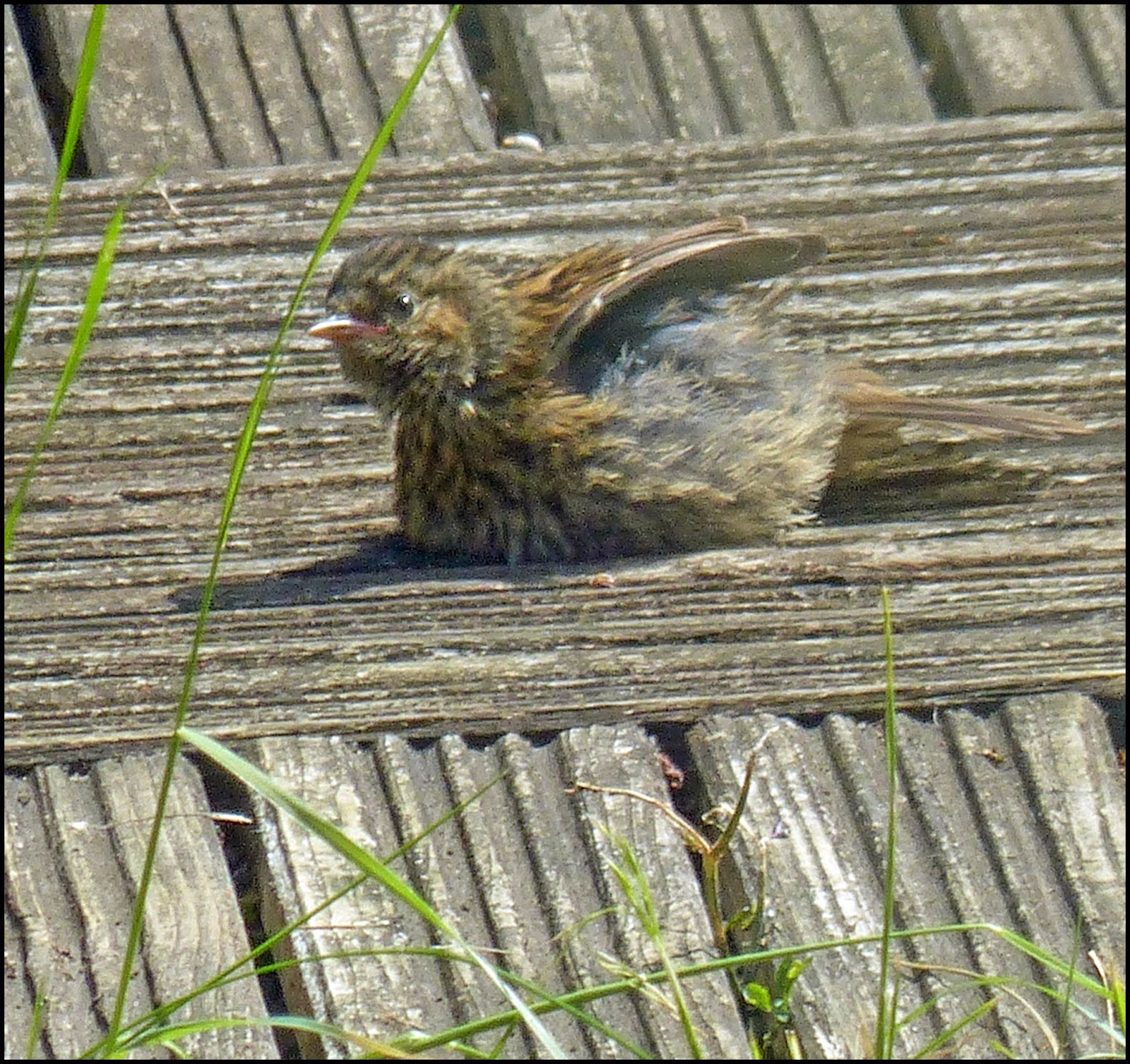 The bird began to lift a wing, making it look as if it was some effort to do so. At this point I felt a little concerned, knowing that neighbouring cats sometimes pass this way. I wondered if the fledgling had fallen out of its nest or whether it had become exhausted after its first solo flight. 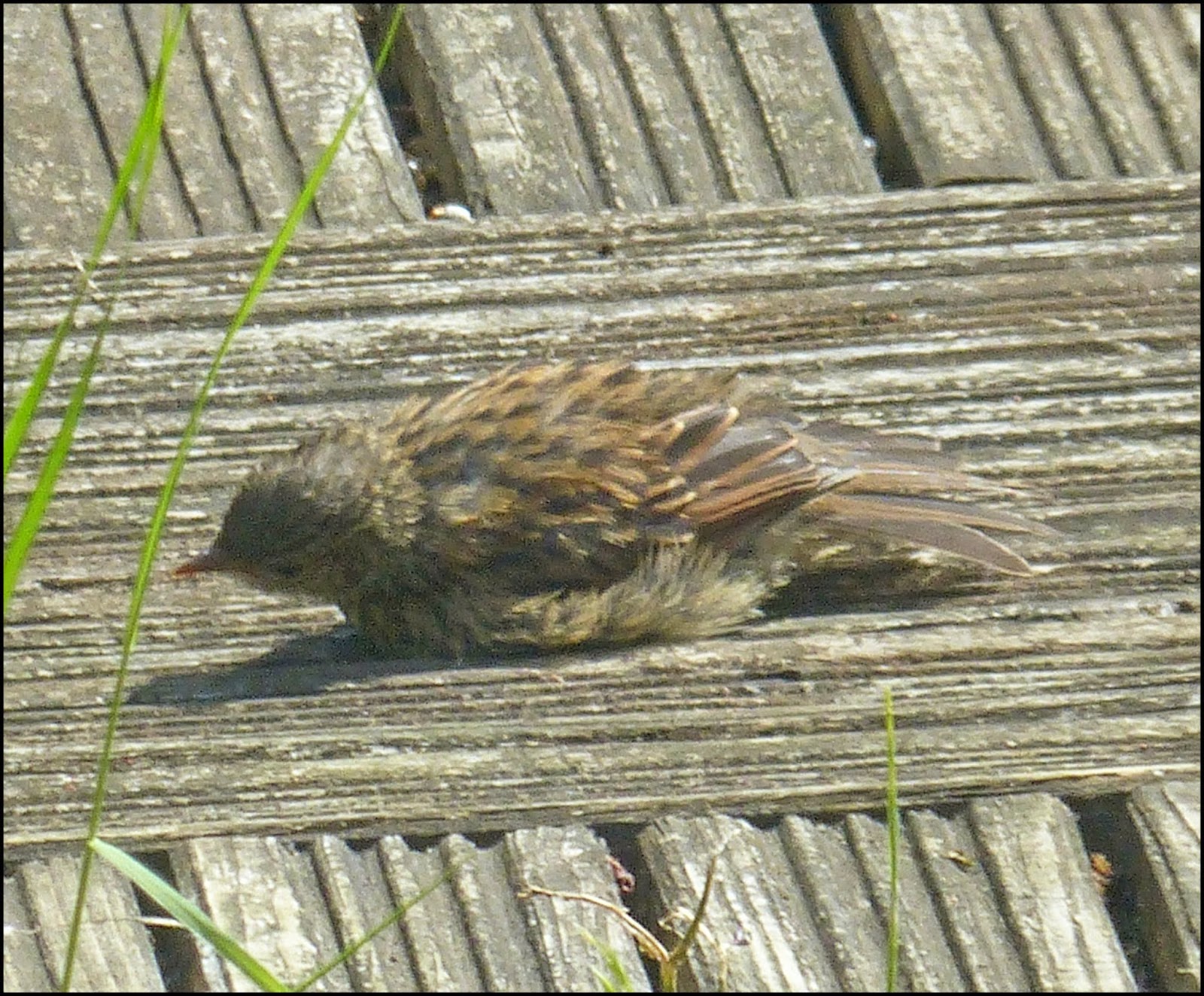 I became more concerned as it rolled on its side. I continued to watch through the glass, knowing that I should stay put and make as little noise as possible. 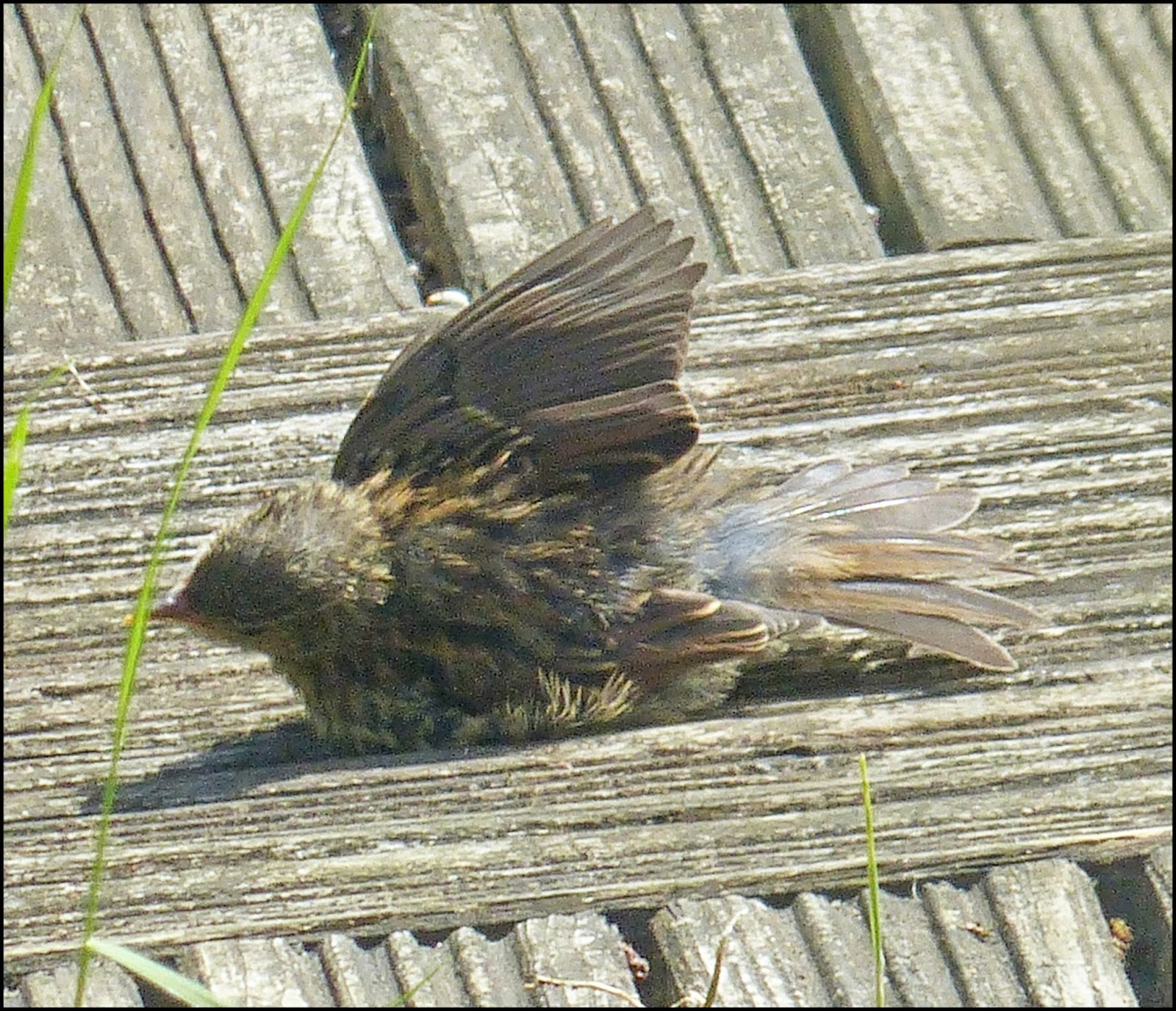 The bird extended its wing a bit further. I have seen adult Blackbirds, doing this, particularly in warm weather. 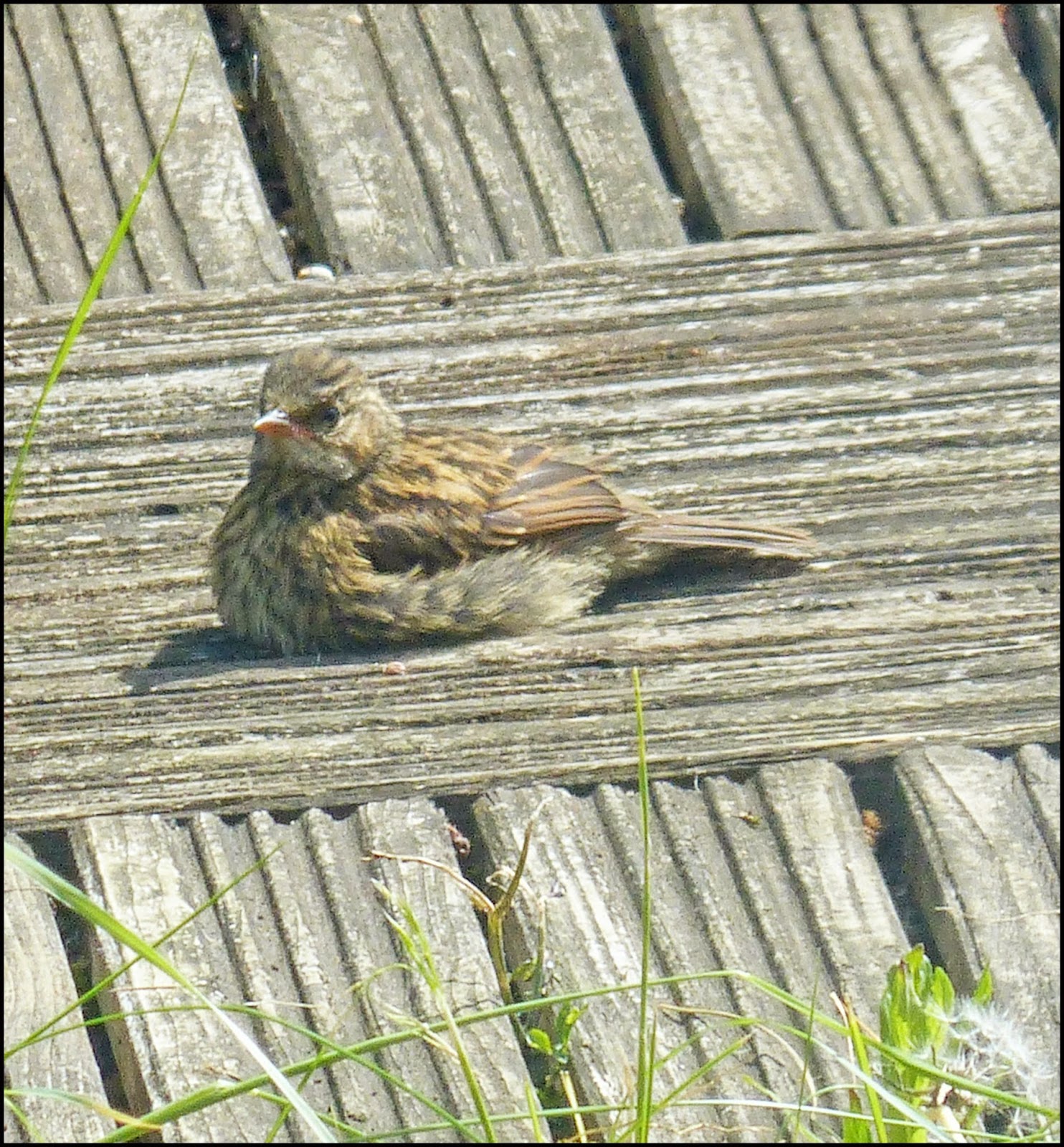 Some long minutes later, the little chap raised its head and began to look more alert. 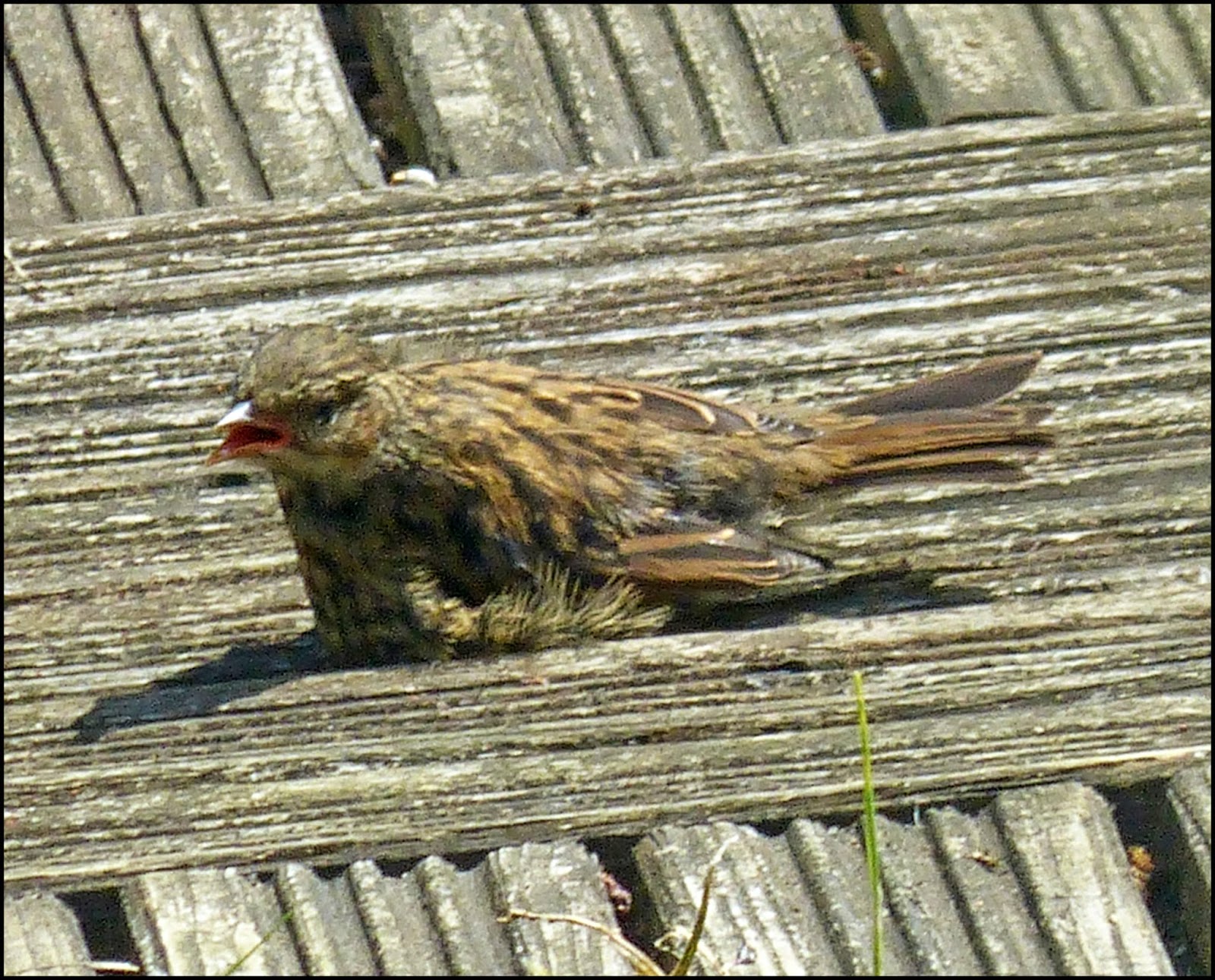 It opened its bill, and if I had been outside, I expect I would have heard a cheep, cheep sound. 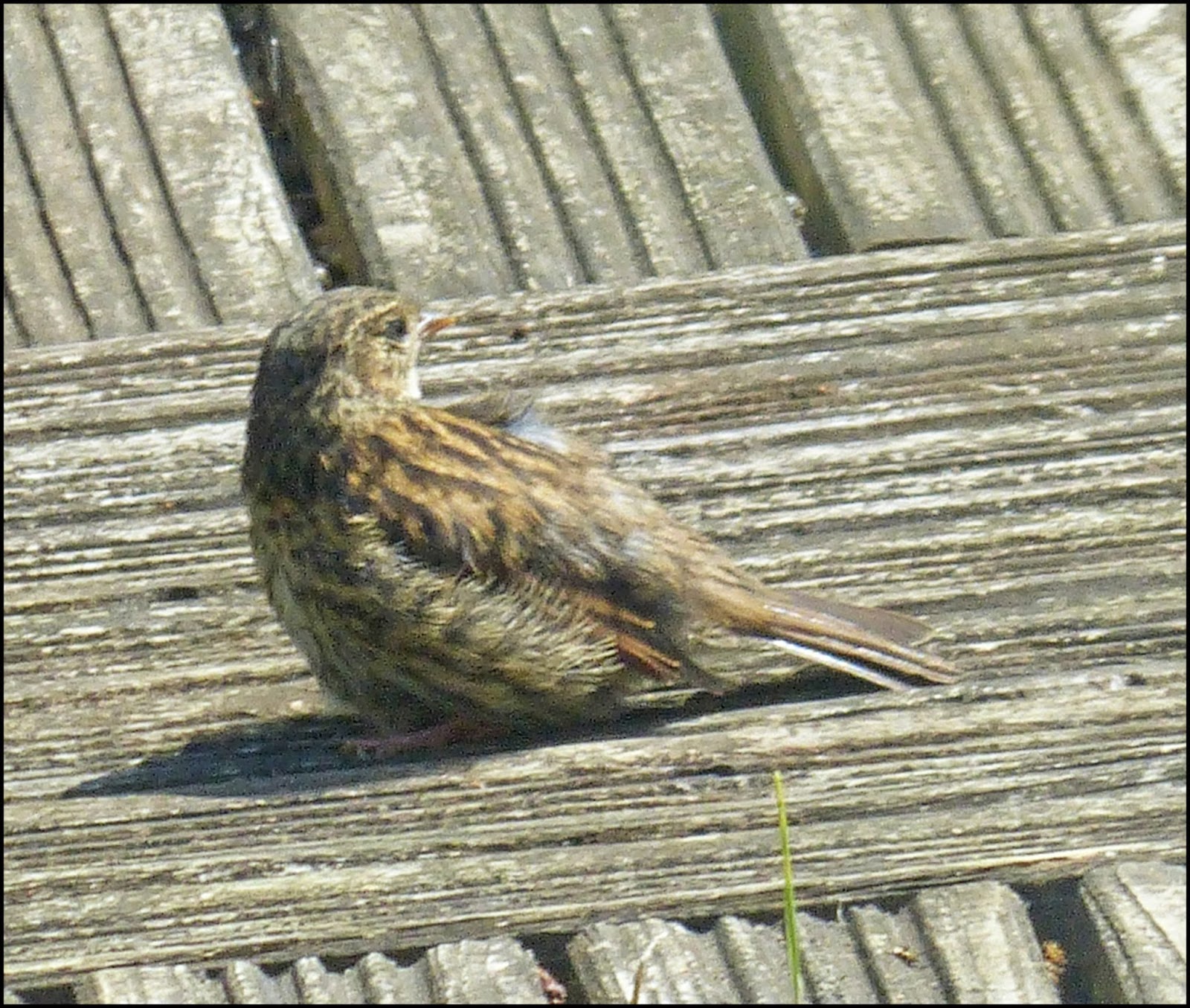 The fledgling turned its head towards the shrubs at the back of the garden ... 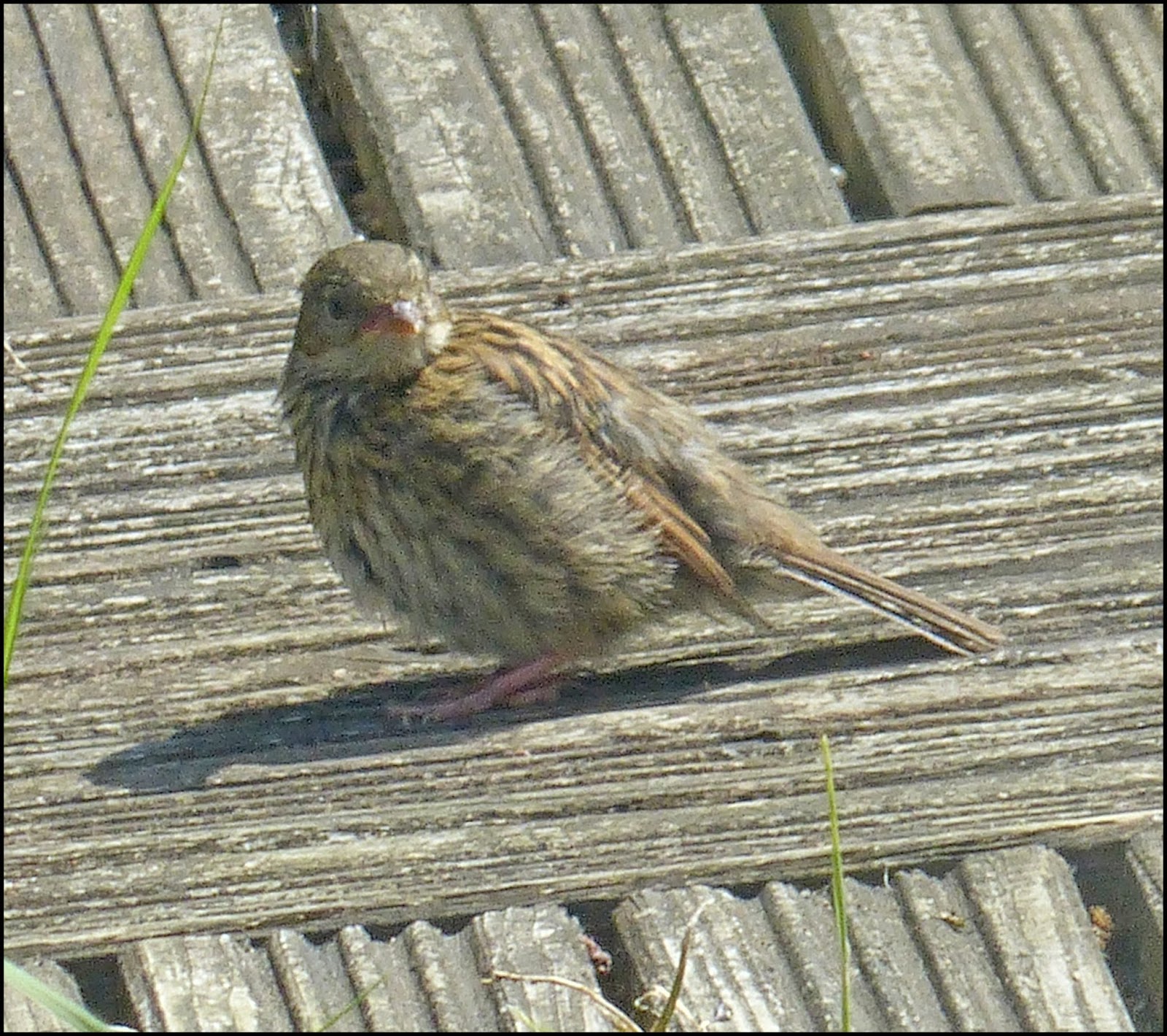 ... before turning in my direction. Then it took off and flew over the fence as if nothing unusual had occurred.

If the youngster is a Dunnock, it will keep pretty much the same colouring as it grows. If it is a Robin, I hope it will soon look as strong and sleek as the adult bird in the photo below! 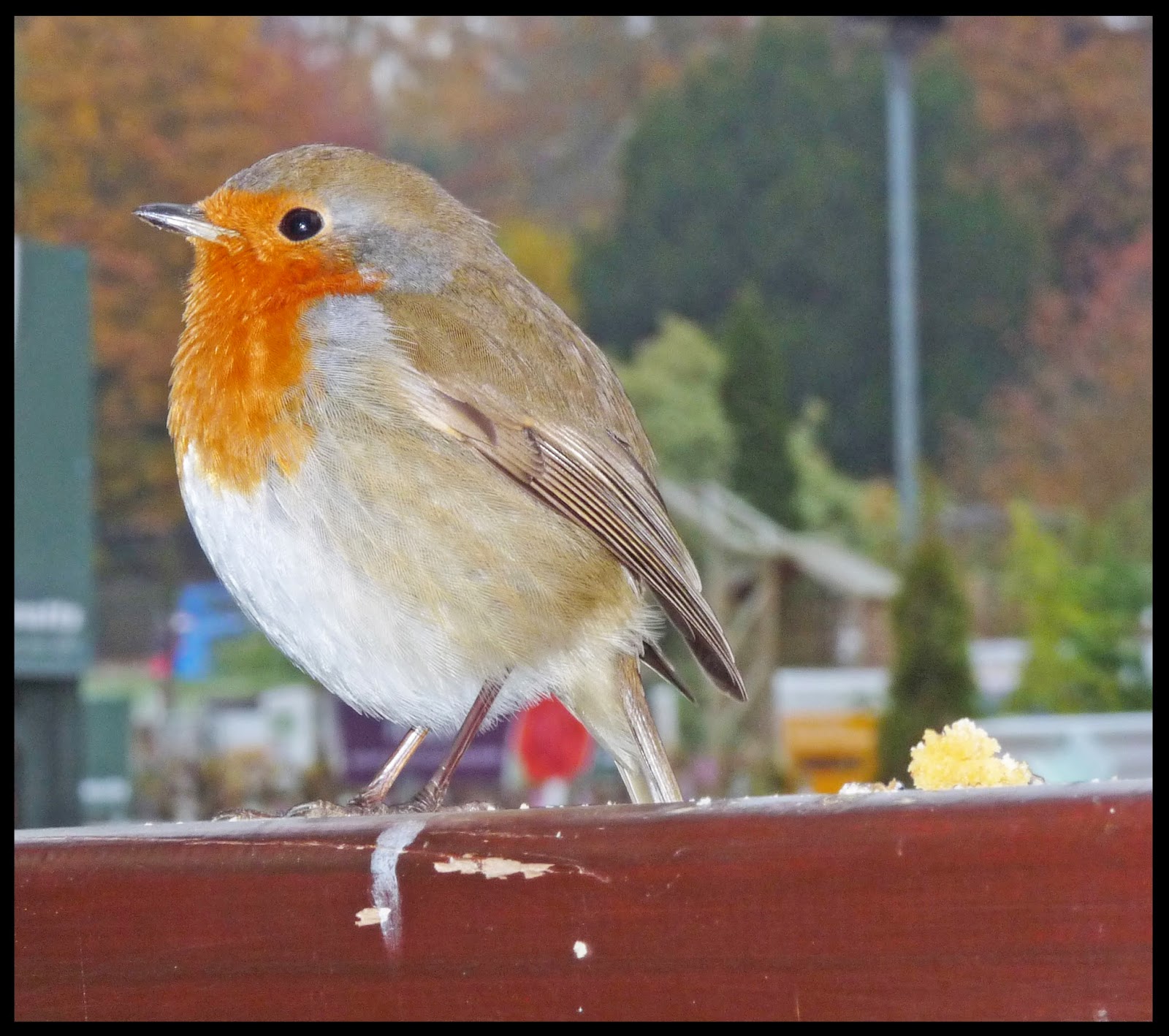 I am glad the young bird was OK. It looked a little scary as I was scrolling thru your photos. The adult robin is beautiful. Enjoy your day and week ahead!

He is behaving very like a baby robin in our garden,
http://myaberdeengarden.wordpress.com/2014/04/22/bees-b-and-b/
but would robins have such stripy backs?
Anyway, he is lovely and so glad he was OK.