Purple Hairstreak in my Garden Butterfly Survey Records for July 2020 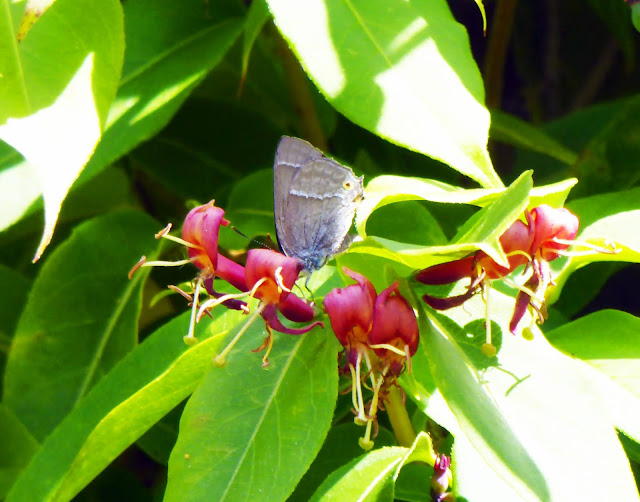 I am glad to report that, despite numerous overcast days, my Garden Butterfly Survey numbers for July were considerably up on my June figures.

We have been particularly delighted to see a Purple Hairstreak and two Brown Argus (verified on iSpot) in the garden for the first time since we moved here to our Suffolk home some eight or nine years ago. The Purple Hairstreak, like the two Green Hairstreaks earlier in the year, did not stay long. The photo above was the only one I managed to take; but I'm pleased to have a record shot, especially as this was my first sighting ever of the species, despite looking (hard!) in the Wood of Cree in the Galloway Forest and around the oaks at Suffolk Wildlife Trust's Carlton Marshes in previous summers.

Please bear in mind that for the Garden Butterfly Survey the largest number of a species seen on a given count is what shows up in the chart, rather than the total number of butterflies seen in the whole month. Our number of Small Whites, for example, seen and recorded in the garden through the month greatly exceeds 14, but we never saw more than 14 at a time. Likewise, we actually had two Brown Argus sightings, but these are recorded as '1' because we saw one of these butterflies on two occasions, rather than two at once. 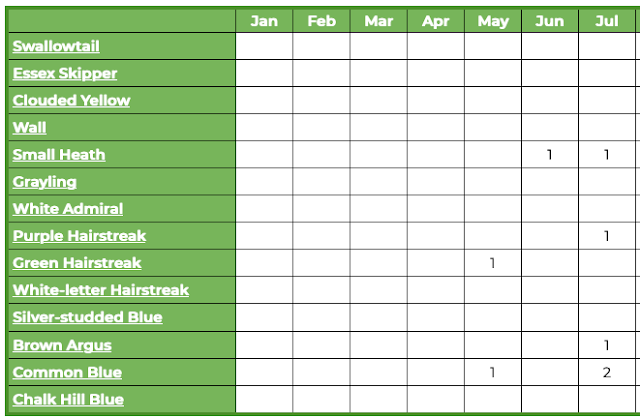 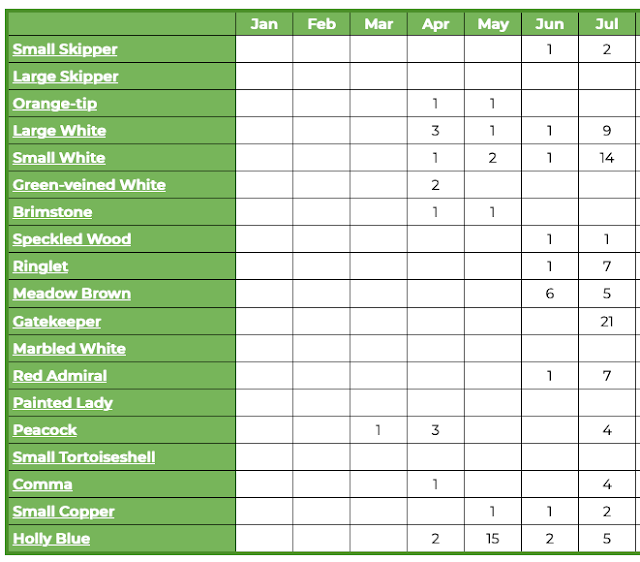 In other garden news: we saw a Common Lizard in the garden for the first time. I wonder if there are more about or whether it was attracted by the ants or the long grass.
Posted by Caroline Gill at 16:00

Wonderful garden "ticks" Caroline - I would be over the moon with both of those butterfly species let along a lizard!!!! I've seen Purple Hairstreak at two locations Fermyn Woods and Oversley Wood - they are very pretty and you were lucky to get a photo as they don't seem to come down from the canopy that ofen.

I can't believe you got a Purple Hairstreak in your garden! They're a woodland Butterfly - you even do well to see them in the woods as they stay high up in the Oaks, having said that, last Friday (a very hot day) they all came down to ground! They wouldn't open their wings but it was still a sight to behold.

amazing to see a purple hairstreak in your garden!

Well done on your sightings.