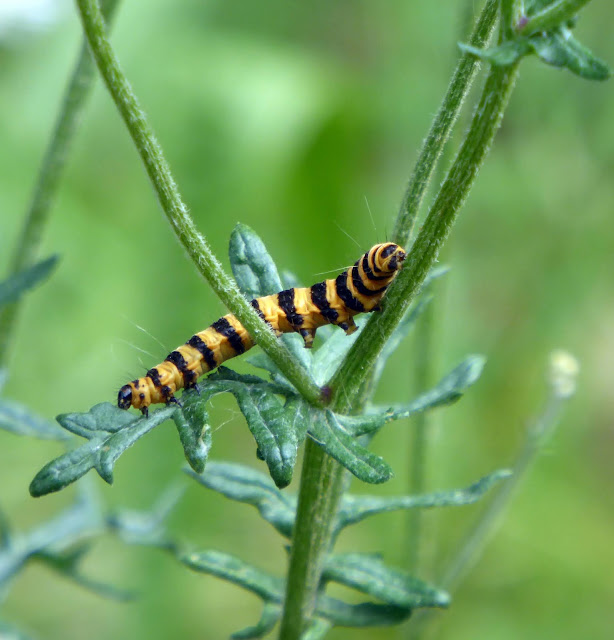 This was really going to be a post about dragonflies, but since I have seen so few, I have decided to write about the quiet corner near the river Orwell where we have been keeping an eye out for wildlife. We saw the rather large Cinnabar moth larva in the photo above a few days ago. It was the only one we could find. 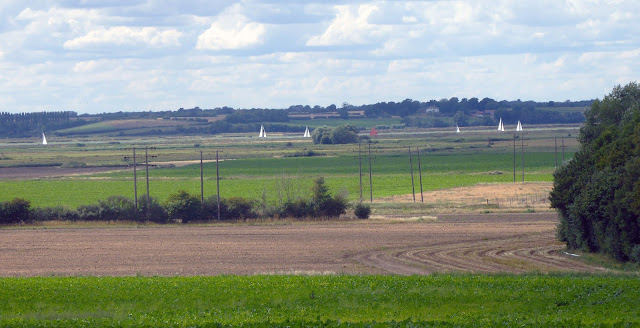 We have watched a few Common Darter dragonflies, largely perching on bare branches above the bramble bushes. Is that a bit of twig hanging down in the photo below?

I have missed seeing the odonata we usually enjoy, but despite the lockdown (or perhaps because of it) there have been some surprise wildlife sightings along the way. 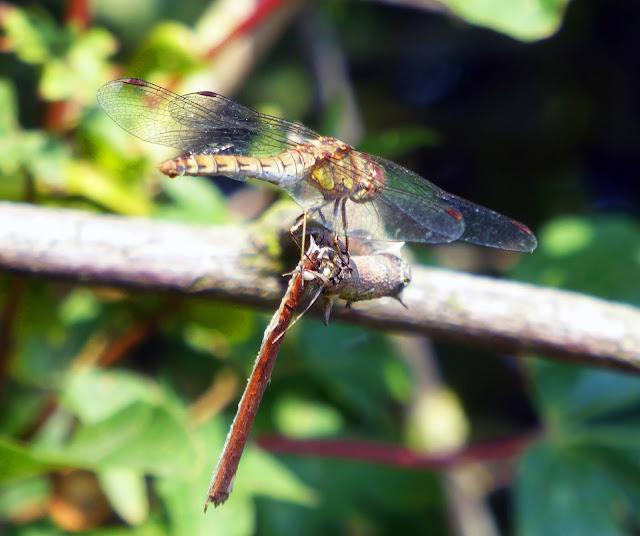 In other news: we are excited to report that David saw a (second) Common Lizard in the garden at the weekend. I am about to inform our local Wildlife Trust. I had rather assumed that the first had been deposited by a bird, but now we have two sightings, this seems less likely.
Posted by Caroline Gill at 15:07

Fabulous close-ups of the caterpillar and dragonflies.

Hope you are managing to stay cool, it has been so hot recently.

I'm not seeing the numbers of common darter I'd expect yet. Although they are around until November

Wonderful news about the lizard :) There were loads of dragonflies over the pool at the caravan site in Herefordshire plus a few damselflies but they were flying well over the water and too far away to id especially as I hadn't got my binoculars with me. Super photos Caroline.