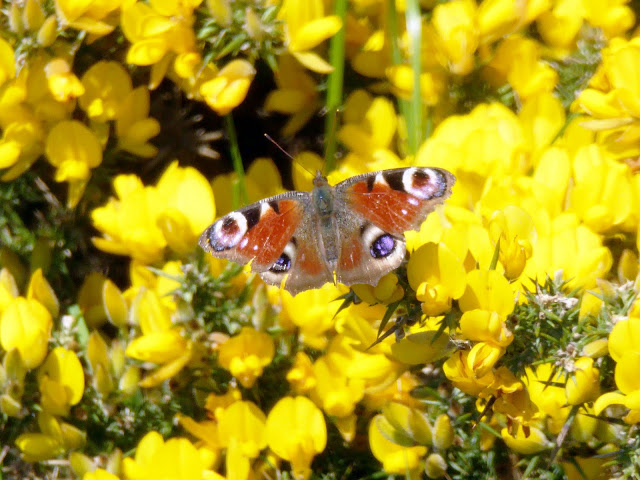 We spent a couple of hours at RSPB Minsmere over the Bank Holiday weekend. The weather turned slightly hazy, but it was largely bright. There were a few butterflies on the wing but nothing like the numbers we had seen at Wicken Fen two weeks before. 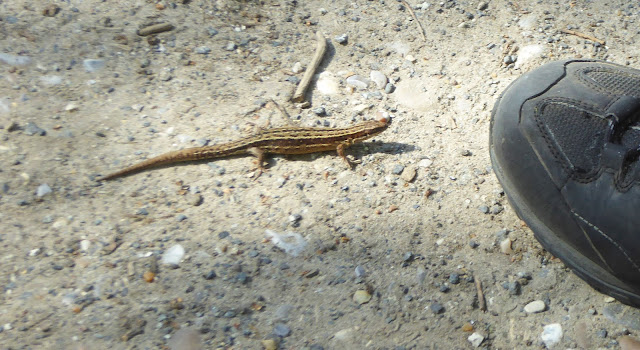 We were told that the Adders were about, so we kept an eagle eye on the ground. At one point when David was standing still he sensed a scuffle, and there scuttling across the path towards his foot was a Common Lizard.


It didn't hang about for long: you can just see it disappearing into the dead leaves on the far side. 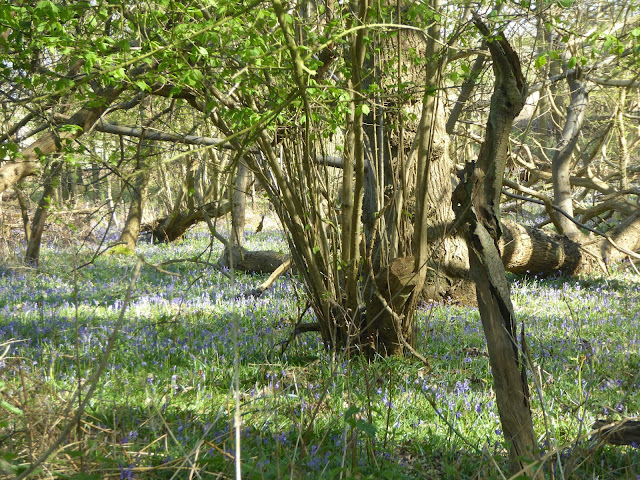 The Bluebell wood was shimmering in the dappled light ... 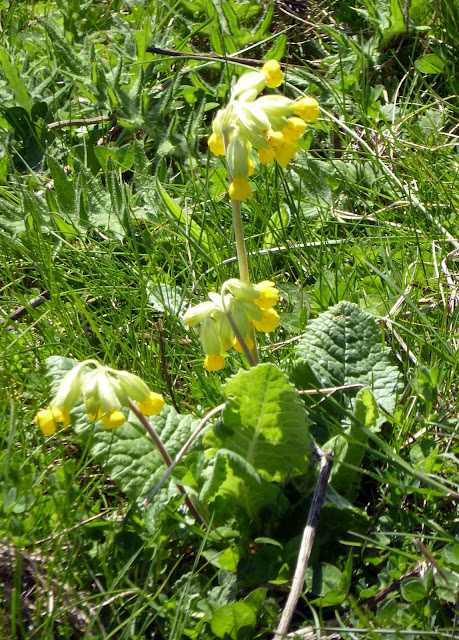 ... and, as you can see, Bluebells were not the only plants in flower on the reserve. 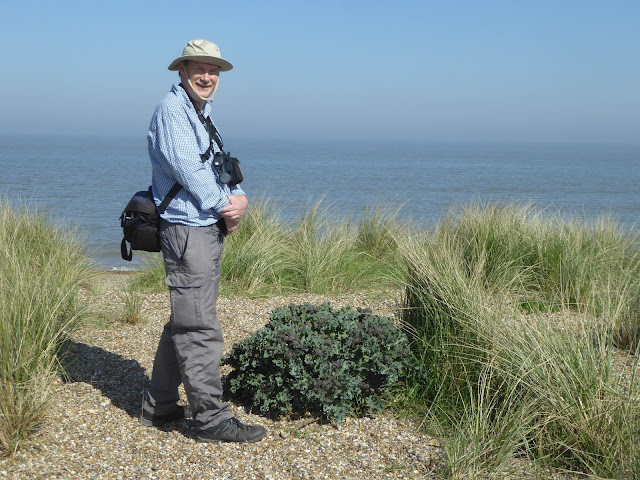 Look at the size of this Sea Cabbage: it will be enormous soon! 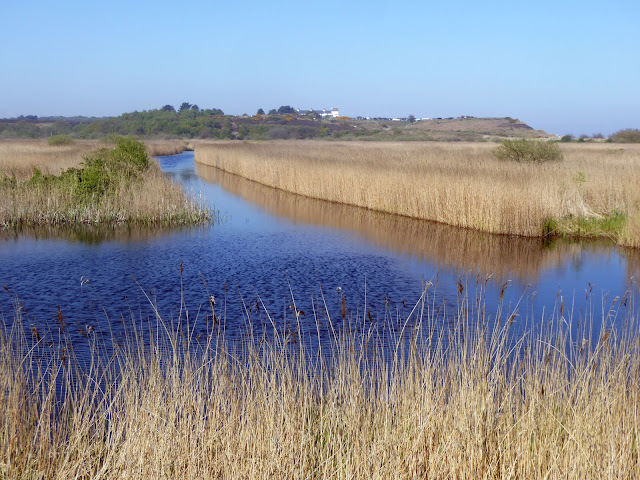 The sea is hard to beat, but this is one of my favourite Minsmere views, looking over the reedbeds and up to the coastguard cottages on Dunwich Heath. 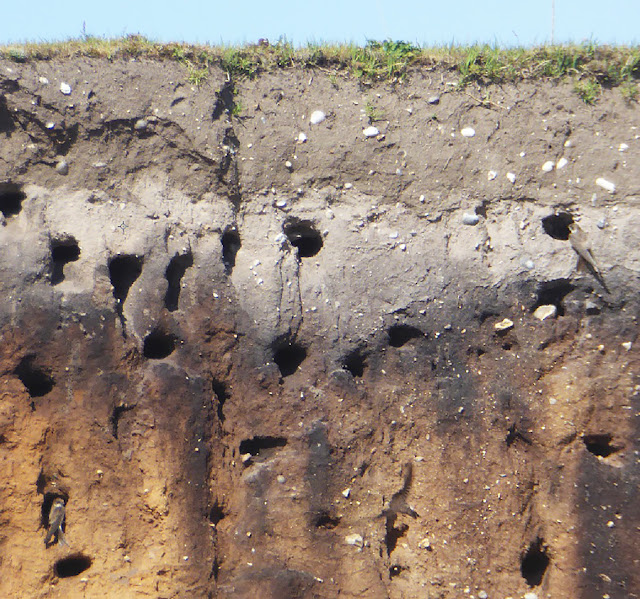 It was good to see that the Sand Martins had returned.

Just glorious, Caroline. Thanks for sharing. These photo experiences take us where you are, and I, for one, feel love and gratitude.

Lovely! It's always wonderful when the sand martins return and common lizards are amazing little creatures