A Wander Around Carlton Marshes


Bank Holiday Monday looked promising in terms of the weather so we headed off to Carlton Marshes near Lowestoft, a reserve in the care of Suffolk Wildlife Trust. We had hoped to see one or two early dragonflies, but part of the reserve was closed off due, I believe, to flooding, and any dragons that were around eluded us. 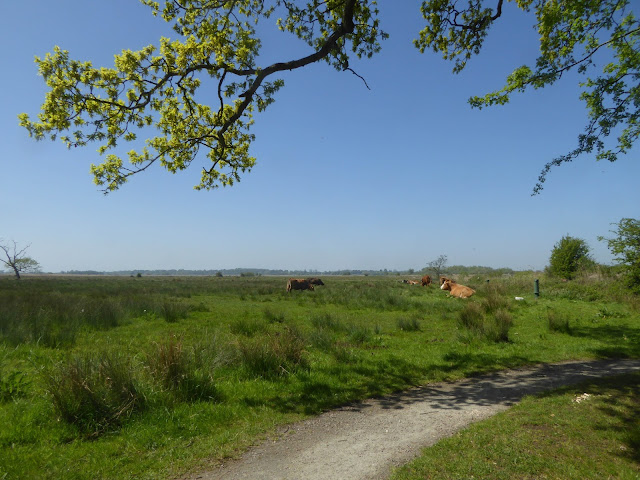 The landscape is very flat and rather reminiscent, I always feel, of a Kuyp painting. 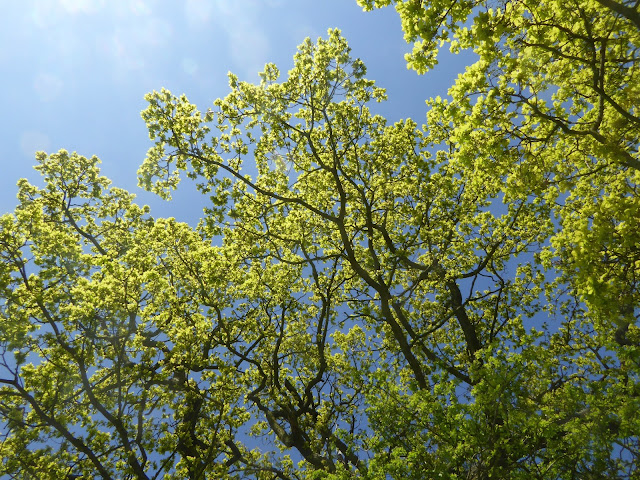 After the long cold winter it has been a joy to see the trees coming into leaf. It was also a thrill to hear a Cuckoo calling. 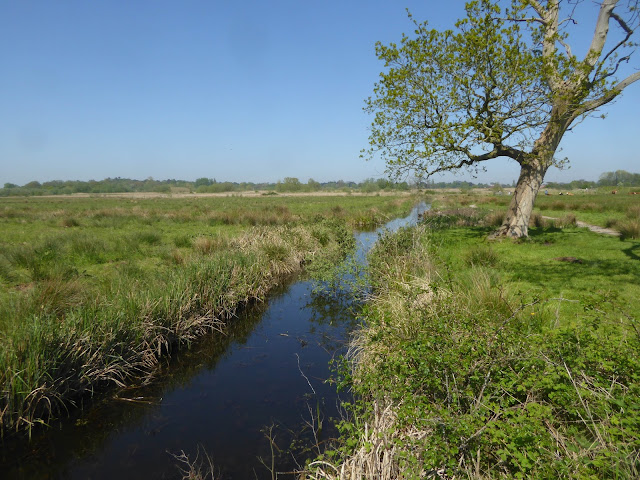 A number of watercourses cross the terrain. We saw a rare Fen Raft Spider in one of them last year. On this occasion there were water beetles to watch - and David saw a Grass Snake.

I failed to see it, so I have re-posted my two Carlton Marshes Grass Snake pictures from 2017. The top one highlights the very distinctive collar markings. 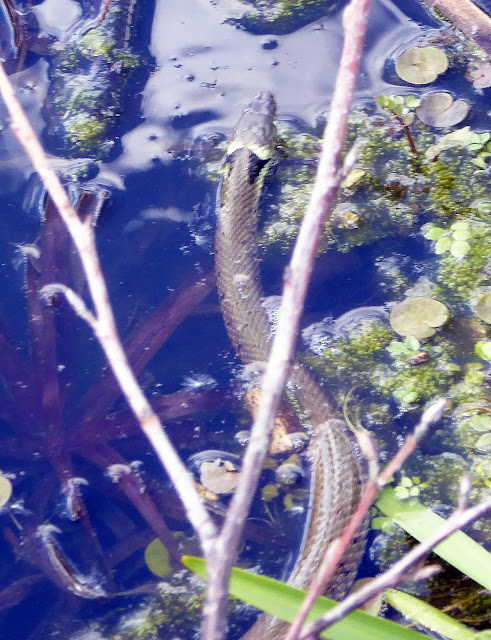 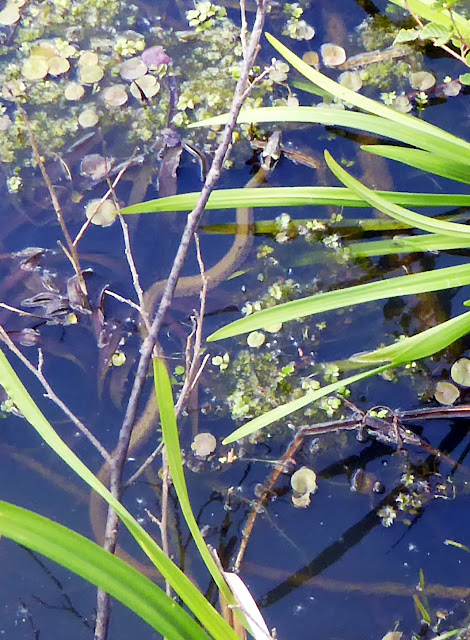 There is something wonderful about walking along a reedbed ... 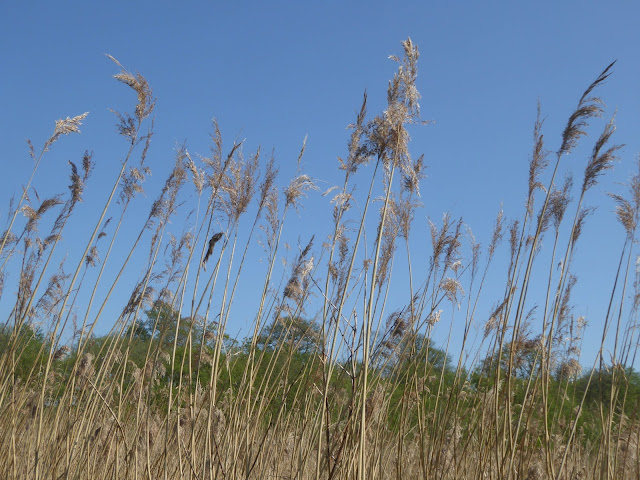 There were one or two Reedmace heads ... 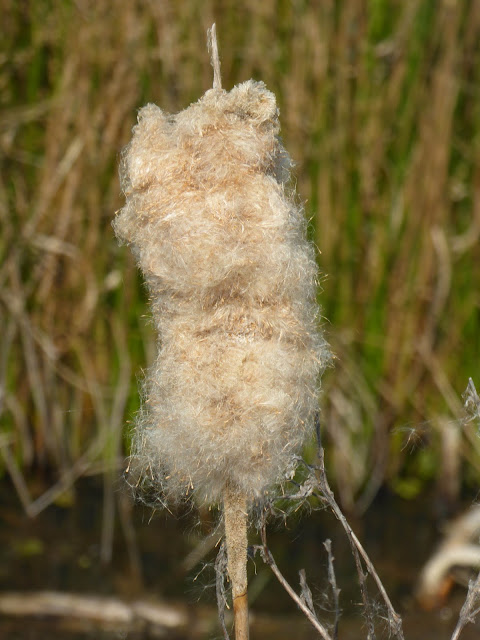 As I scanned the stalks, my eyes caught the iridescence of this copper-coloured beetle ... 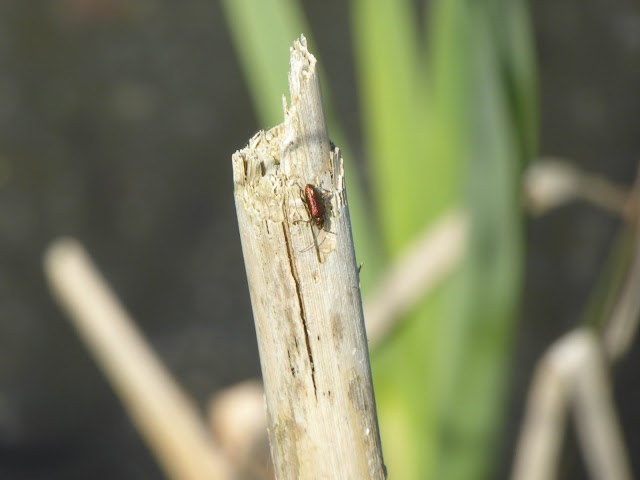 I thought at first it was some kind of Cardinal or Soldier Beetle, but I think it may well be a Reed Beetle, though I see there are several varieties.


We noticed a few St Mark's Flies in the air, with the distinctive limb hanging down. I suspect the insect below may be a female one. Males have large heads. 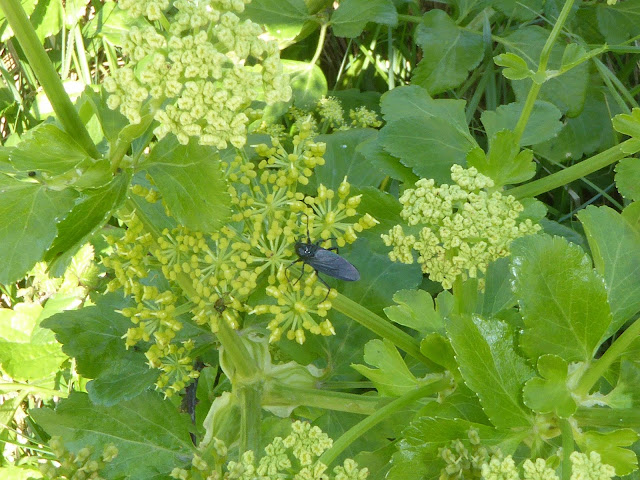 There were star-studded bursts of Greater Stitchwort along the track ... 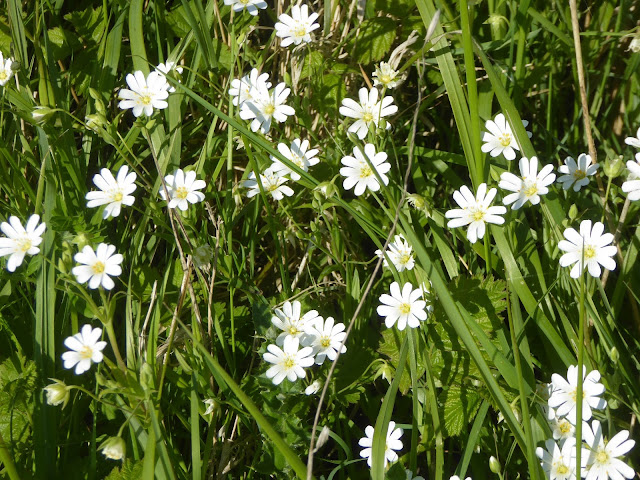 Umbellifers were coming into flower ... 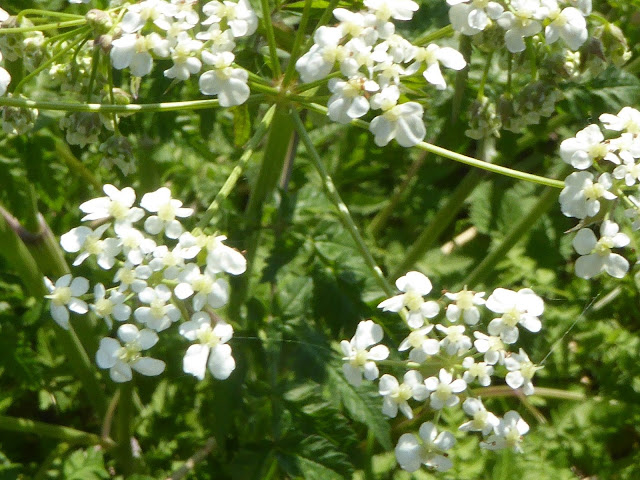 There is something very tranquil about a watercourse under a wide sky! 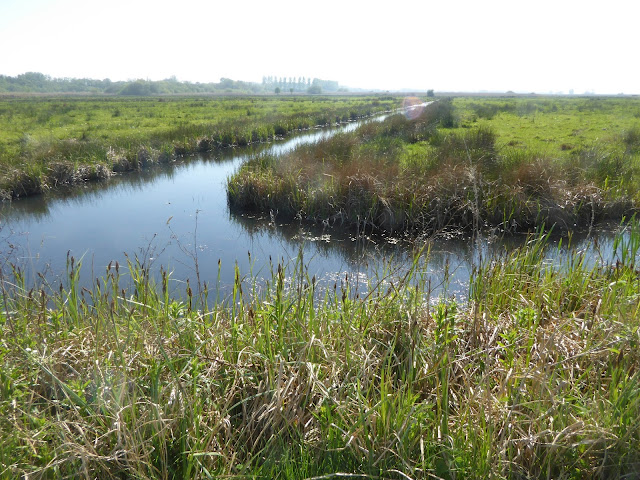 The tracks are very varied. Some are smoother than others but there are few undulations.

The reserve at Carlton Marshes is about to become a much larger space for wildlife. The staff at Suffolk Wildlife Trust are embarking on a huge project which you can read about here. 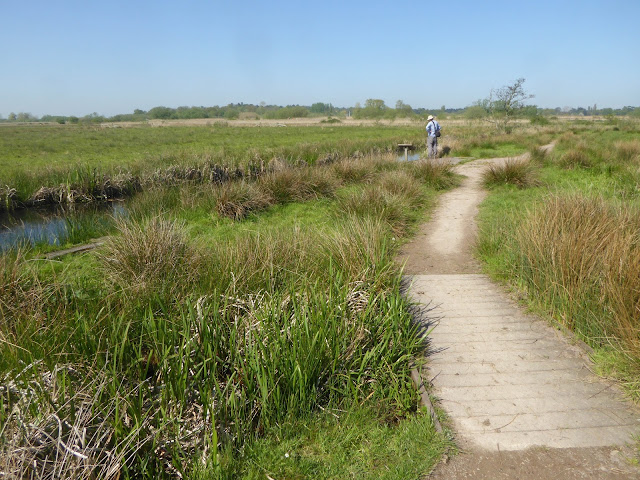 We had a cup of tea at a nearby garden centre (where we bought a Buddleia in the hope that it will attract butterflies), and moved on to Southwold for fish and chips by the sea ... 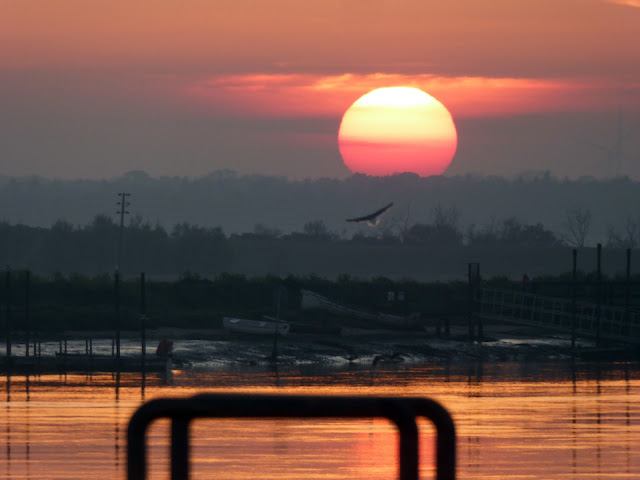 What remarkable weather for a Bank Holiday! 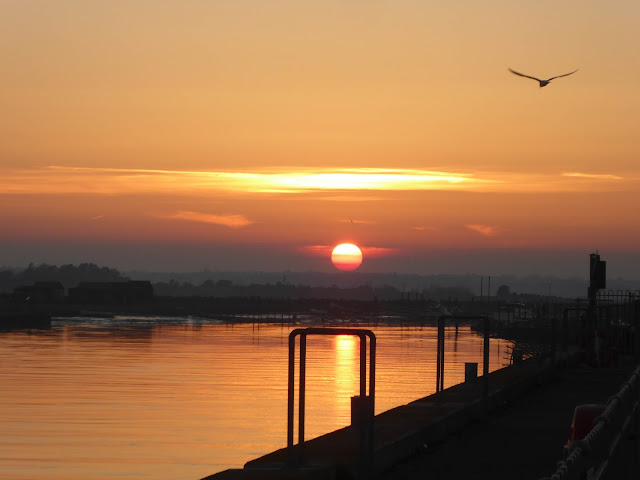 Wonderful photos Caroline especially of the sunset. Sounds like you had a really lovely day out at a great reserve. I haven't seen a grass snake for years! :(

So good to see more Spring flowers like Greater Stitchwort appearing. Such a lovely time of year.

You have a wonderful eye for detail - so many people watch for birds, or photograph flowers - I was impressed with the snake and the beetles. Cool! Having spent many a wet Bank Holiday in the UK, I am pleased it was sunny for you (and jealous about the fish and chips by the sea)!