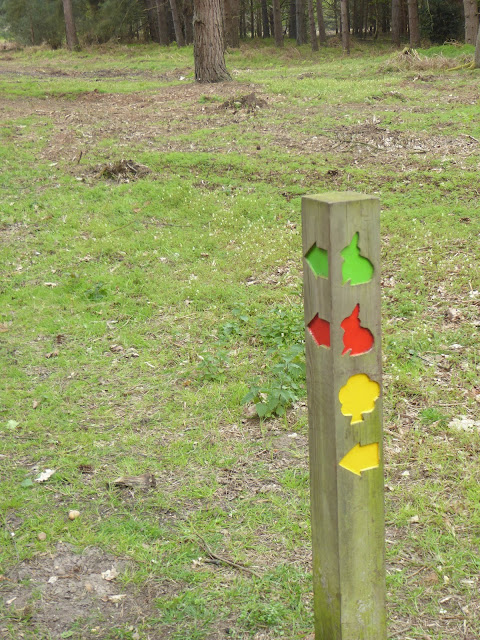 Having left Thetford behind us (please see previous post), we headed for the wild expanse of Knettishall Heath, which is in the care of Suffolk Wildlife Trust. It is the Trust's largest reserve, and even on a dry Bank Holiday afternoon, we saw very few other people once we left the main car park. We decided to start out on the red rabbit trail... 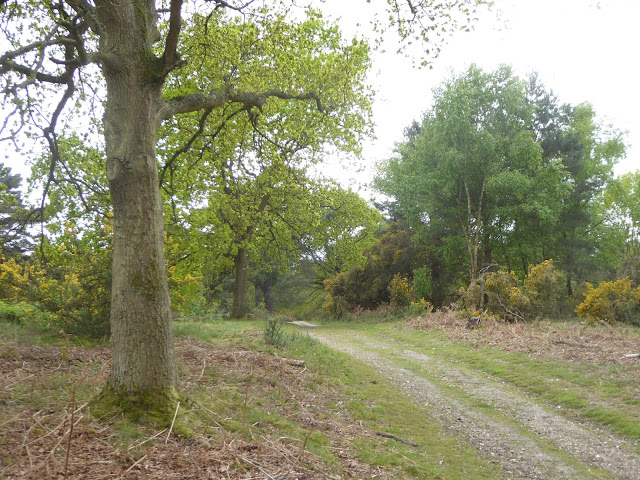 We passed areas of deciduous trees... 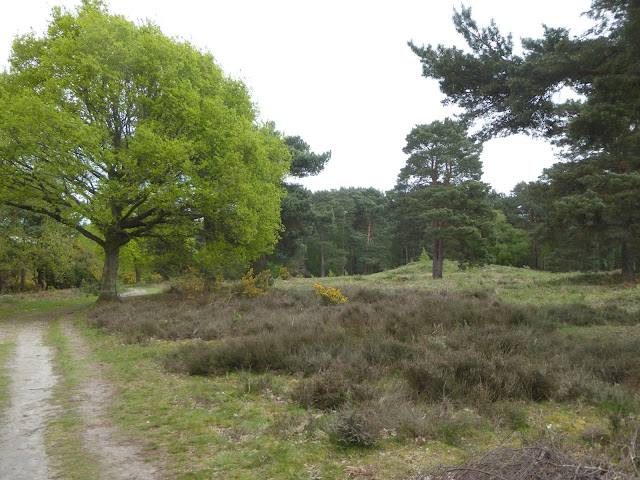 ... and areas where there were mainly conifers. 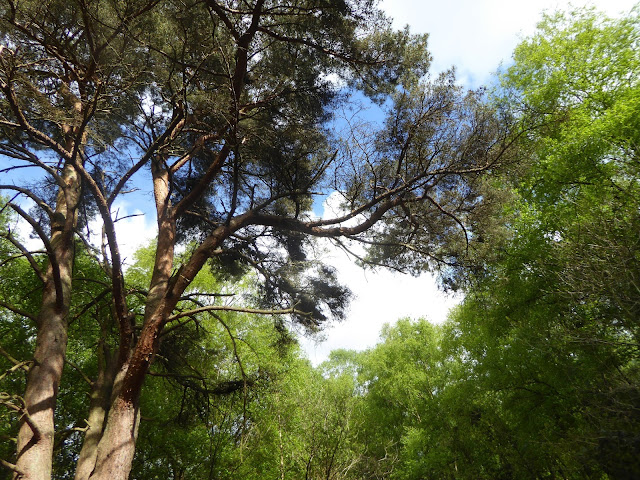 On a cloudy afternoon, a few patches of blue sky were particularly welcome. 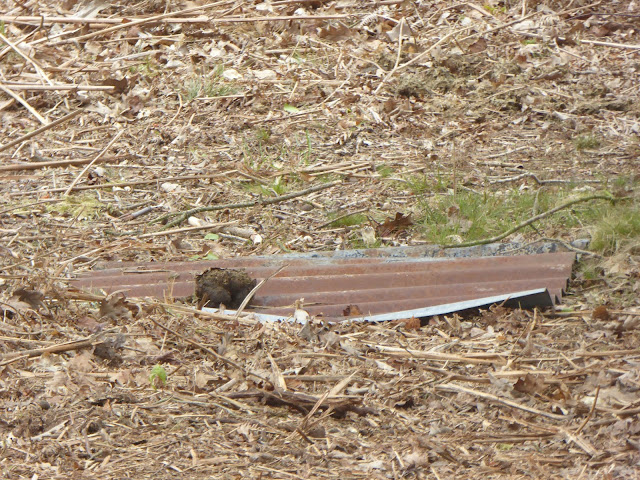 There were corrugated iron sheets for reptiles. I wonder who was lurking under this one. Adders are occasionally seen, and there are Grass Snakes, Common Lizards and Slow Worms in the area. We shall have to return on a sunnier day... 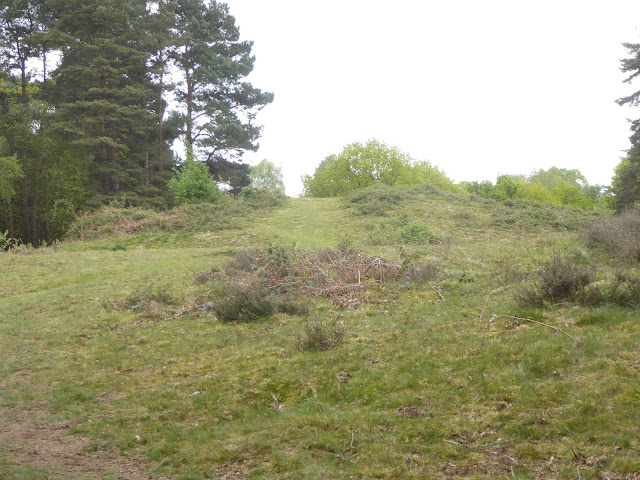 This Breckland heath is an ancient landscape: the photos above and below show the bowl barrow tumulus at Hut Hill. 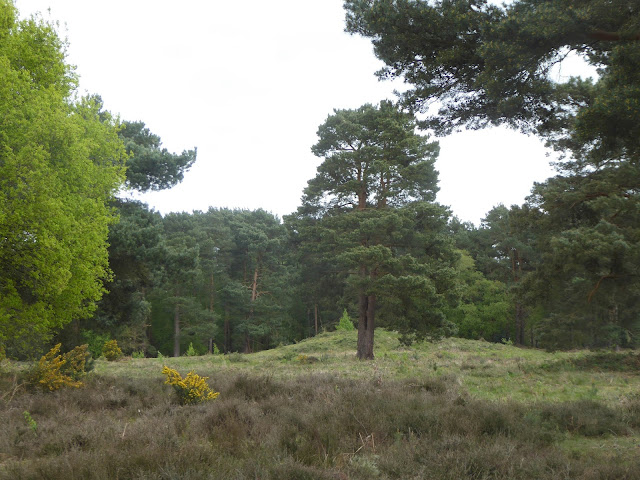 It was too cool for most insects, but there were occasional sheltered spots in dappled sunshine... 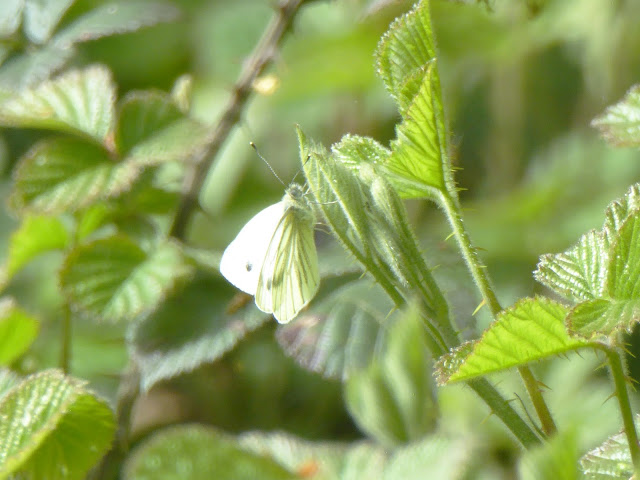 ... and we noticed this Green-veined White butterfly in just such a spot. 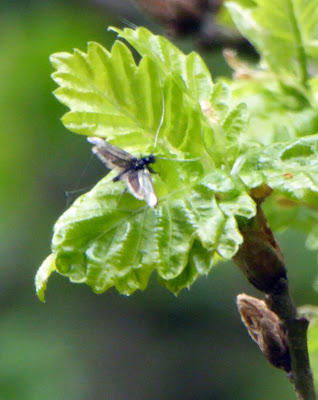 When I was scanning the leaves for ladybirds through my zoom lens, I noticed the creature above (and below). I think it may well be a day-flying Fairy Moth (aka a Green Longhorn). 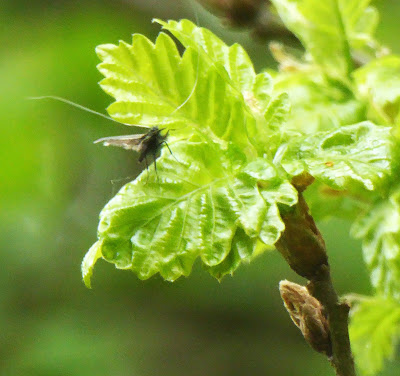 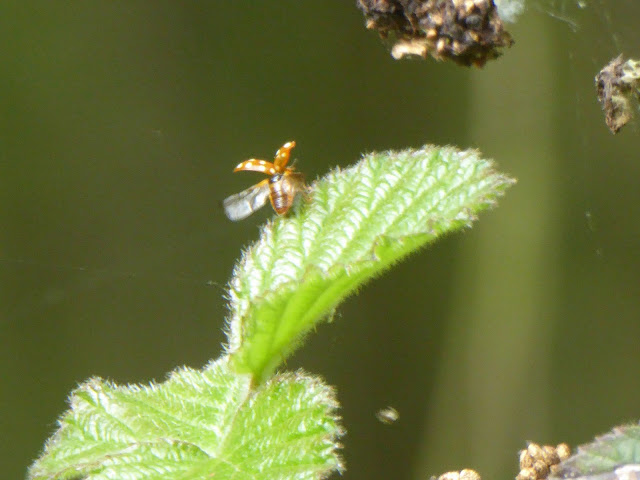 ... there was a single ladybird. I am not sure whether it is a Cream-spot or an Orange. The three spots on the wing shown on the right (straddling the top of the elytra) in the photo below could suggest the former, but I have a hunch there is more to it than that! I have yet to log the sighting on the UK Ladybird Survey via iRecord, so watch this space. The ladybird flew up in the air then came back and perched on the leaf. 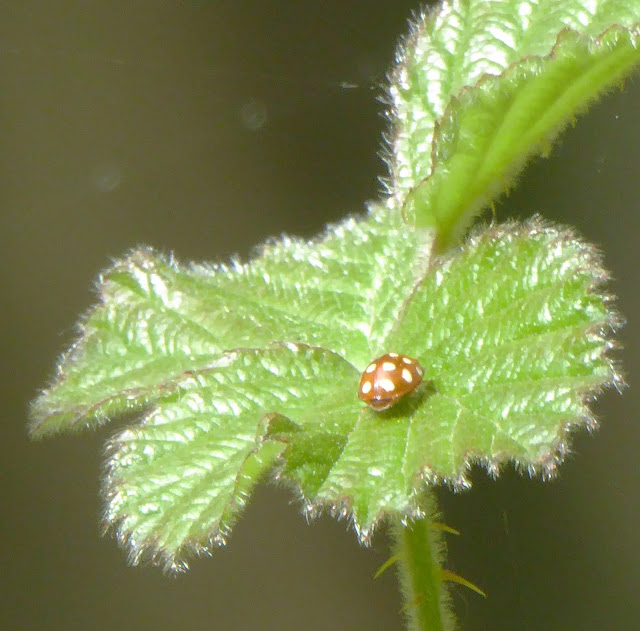 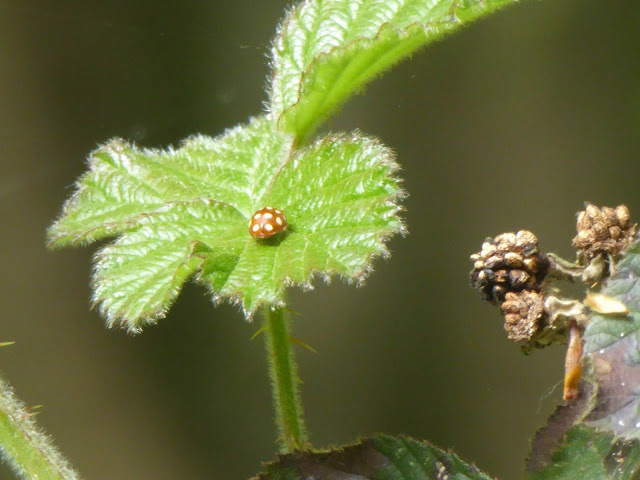 There is plenty more for us to explore on Knettishall Heath on a future occasion, but by 4 o'clock we felt in need of a cup of tea so we drove to the garden centre at Bressingham. There was plenty of steam in the adjacent gardens. 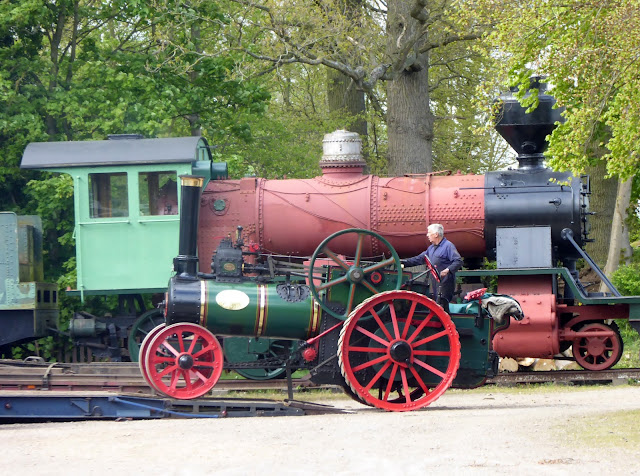 It sounds like you had a wonderful day out with so much of interest to see. The reserve looks a great place to explore - I always enjoy visiting wildlife trust reserves. Look forward to hearing more about the ladybird :)

That ladybird is a good spot! It's all harlequins and 7 spots here!

I've so enjoyed this post and your earlier ones too.
Constable country, the steam engine, the wildlife and that great picture of you too.

Lovely posts and so many photographs ... a joy.

Ladybird confirmed as Cream-spot by UK Ladybird Survey/iRecord... a first for me in terms of seeing this variety.

"Ladybird confirmed as Cream-spot by UK Ladybird Survey/iRecord... a first for me in terms of seeing this variety. "