A Common Lizard at Dunwich 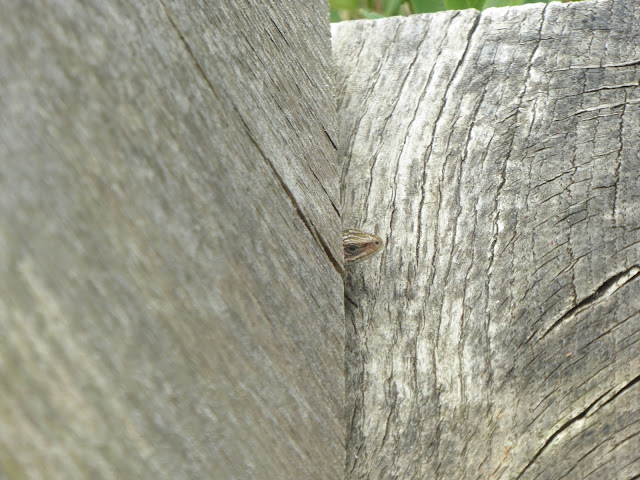 All of a sudden something moved and we noticed a small head appearing. It belonged to a Common Lizard and this was my first sighting of the season. The lizard seemed quite unperturbed by a string of Bank Holiday walkers, dogs, children and cyclists who were passing by in quick succession. Common Lizards are protected by law. These photographs were taken with a zoom lens. 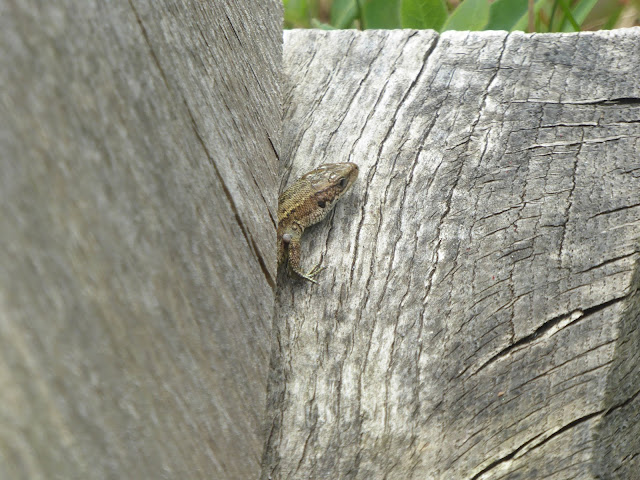 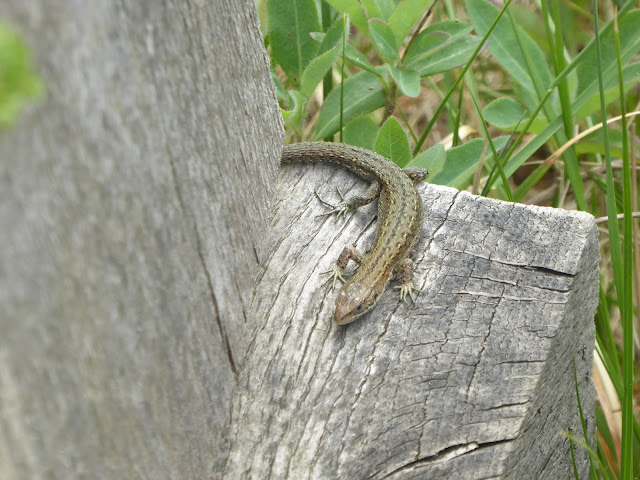 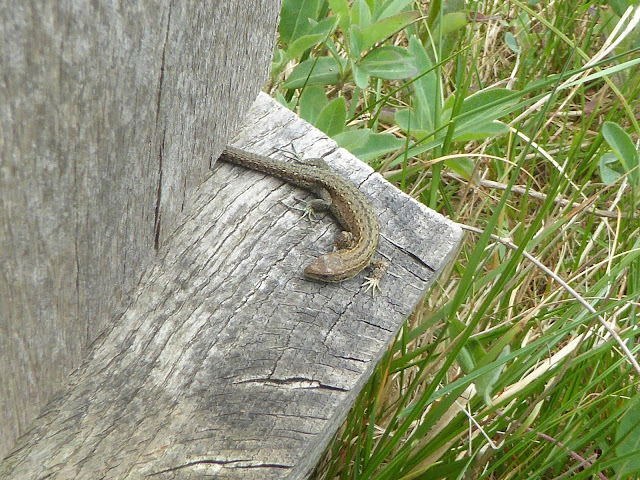 It looked for a moment as if the lizard was about... 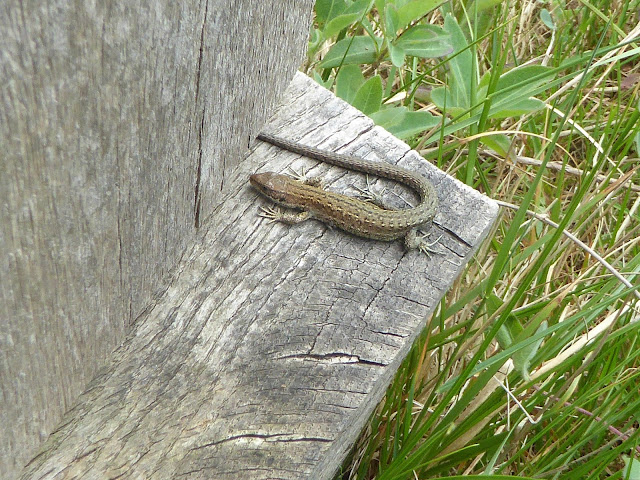 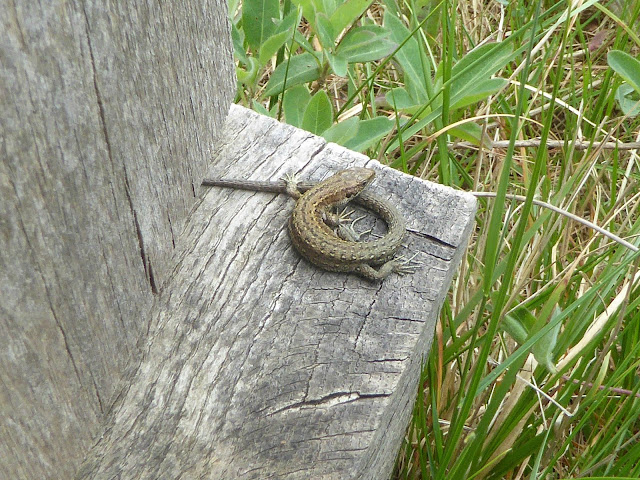 However, it decided to stay out in the sunshine, curling its head over the top of its tail 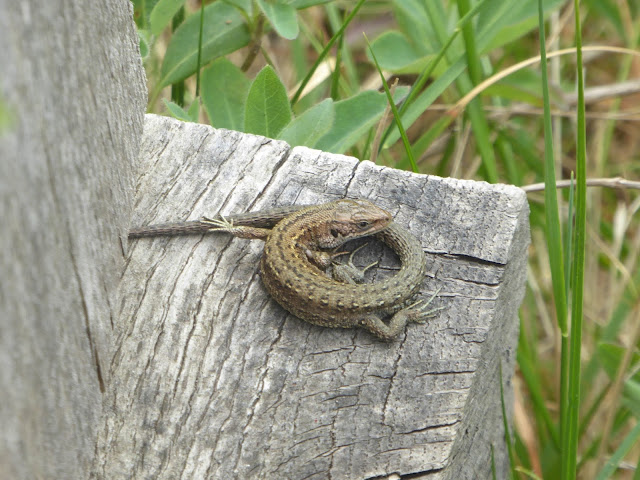 The groups of holiday-makers and day-trippers soon dispersed. The photo of Dunwich Beach below shows just how crowded empty our beautiful stretches of Suffolk shoreline can be - even at peak times. 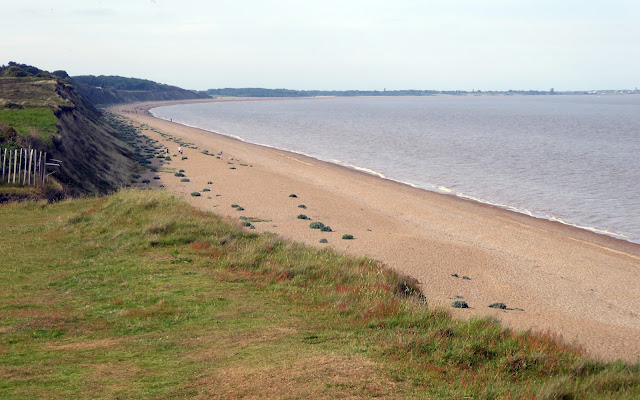 I have submitted this lizard sighting to the Record Pool site.
Posted by Caroline Gill at 19:07

Oh I love that shot of it just sticking it's head out!

Great photos, specially the first one! I love common lizards. We don't see that many of them up here in Scotland.

What a great collection of photographs ...