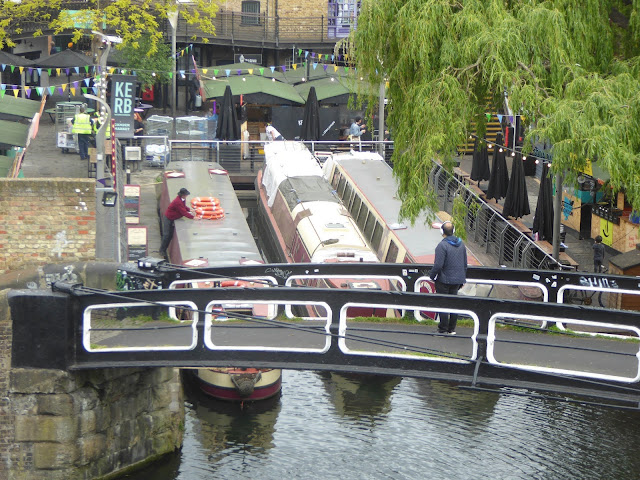 We spent a night in London after the launch of the Stanley Spencer anthology at Cookham Festival last Friday. We really enjoyed the atmosphere of Camden Lock, with its barges coming and going. 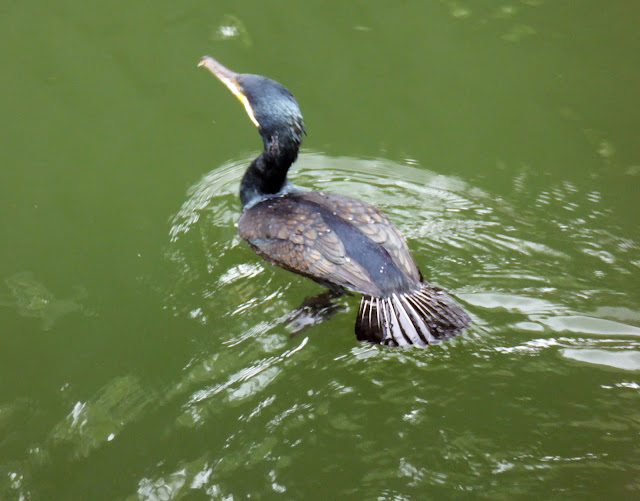 At one point there was a bit of a splash as this Cormorant touched down. It was a good reminder that London boasts so much more wildlife than the proverbial pigeons, which admittedly were certainly showing in good numbers. 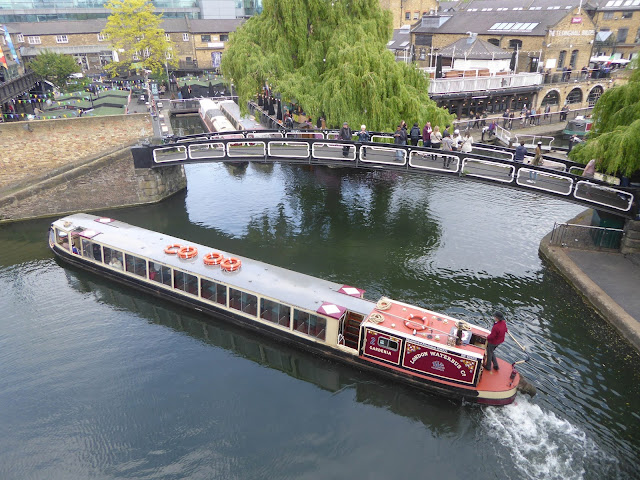 Two Canada Geese swam round the corner towards us while we were watching the barges. 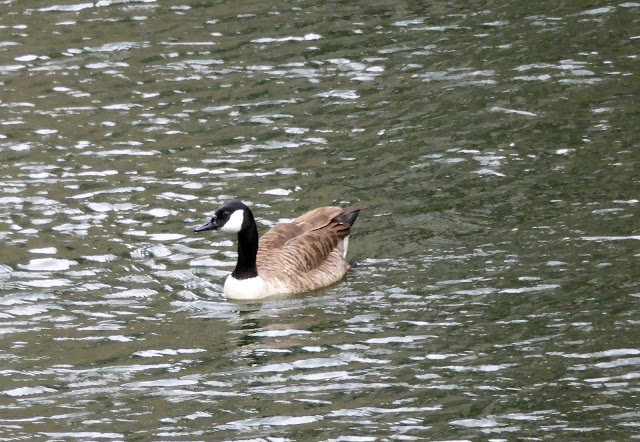 At this point we caught a bus to the Tower, renowned for its ravens, which on this occasion we failed to see. 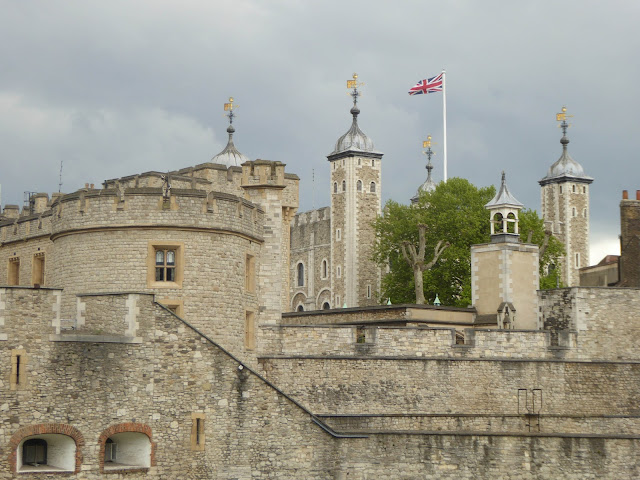 We joined the queue for the Thames Clipper, and I was interested to note how much wildlife had been crammed onto this board... I expect some of the species live further up river, near the mouth. I'm sure we all associate the Thames with eels, but photos of the seahorse and water vole caught my eye. 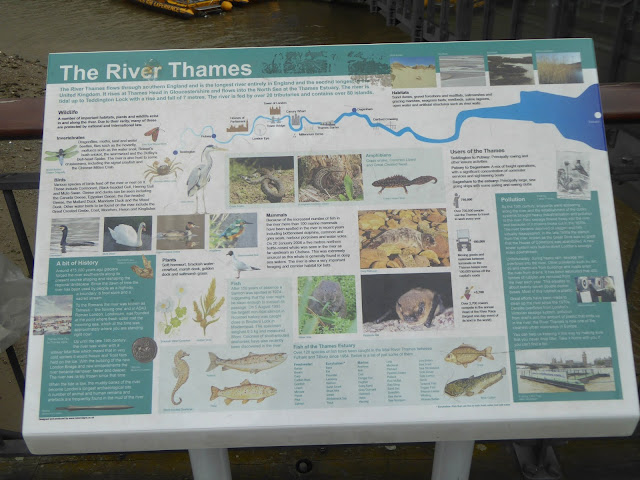 We had to wait for a while, but it was not too long before we were heading upstream to Greenwich... 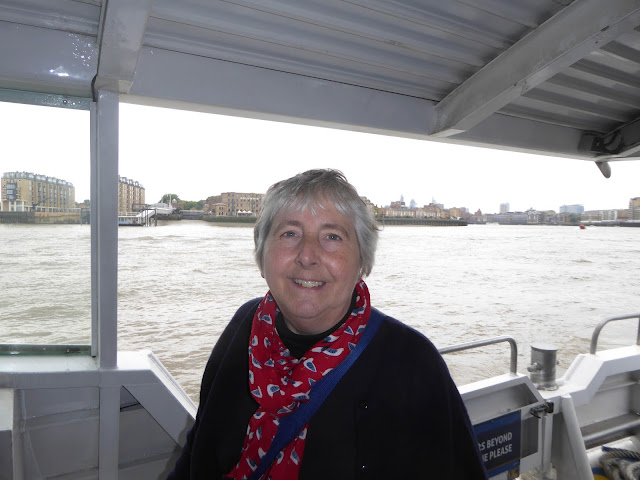 ...where we enjoyed a rather damp picnic lunch beside the Cutty Sark. 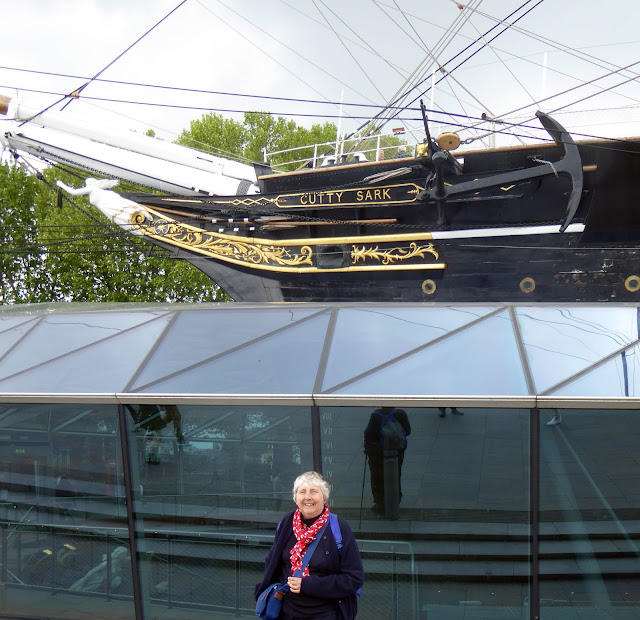 lookjed like there was either a burbot or a wels catfish on that board too. So much more life than the Thames used to have.

Thank you for sharing your photographs.
Looks like you had a lovely time.