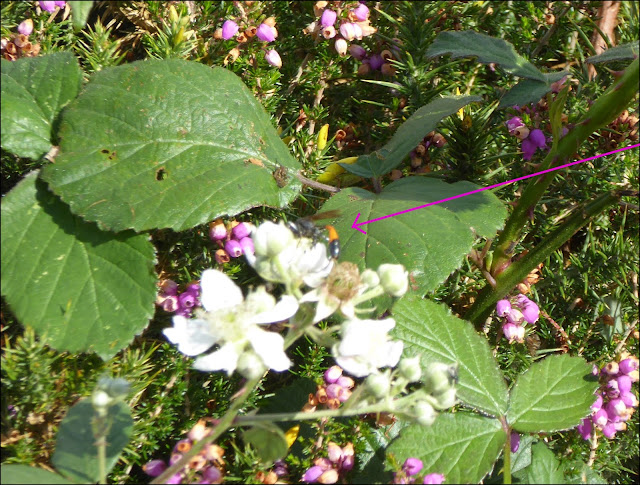 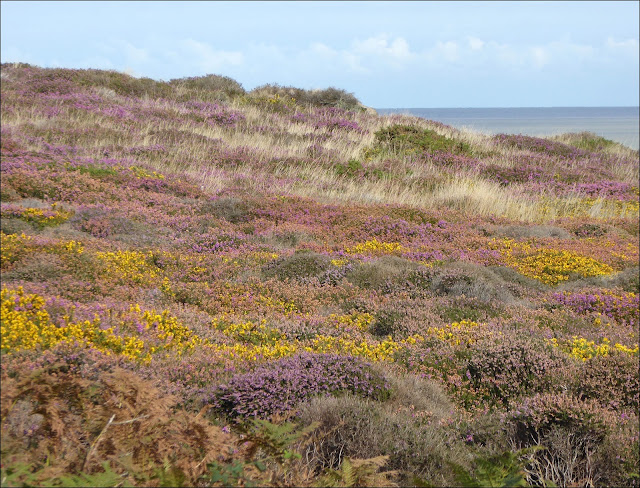 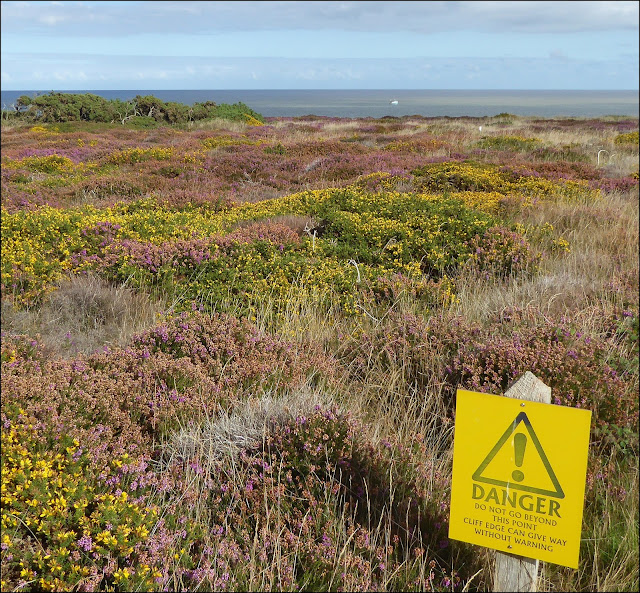 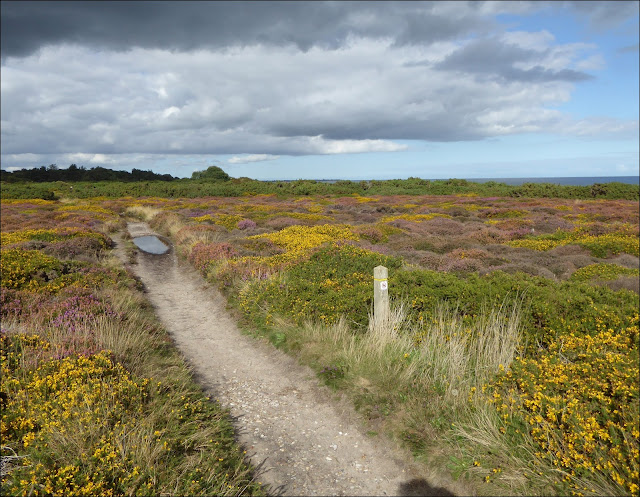 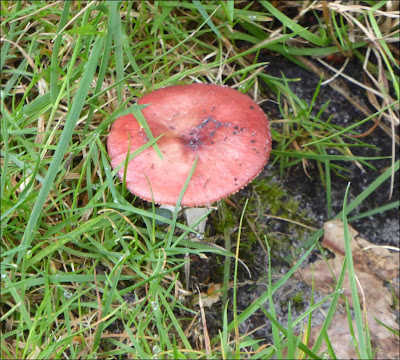 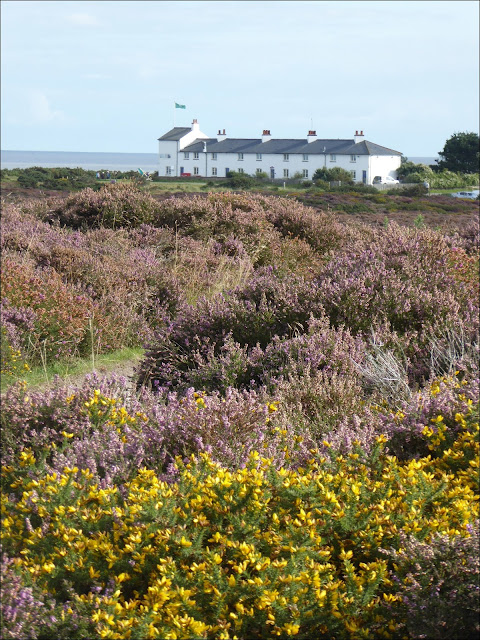 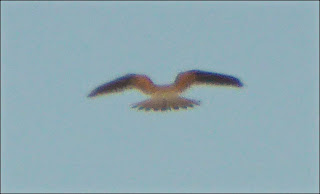 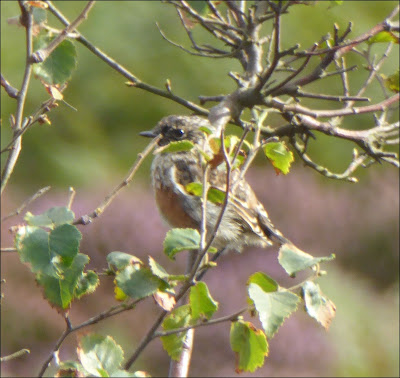 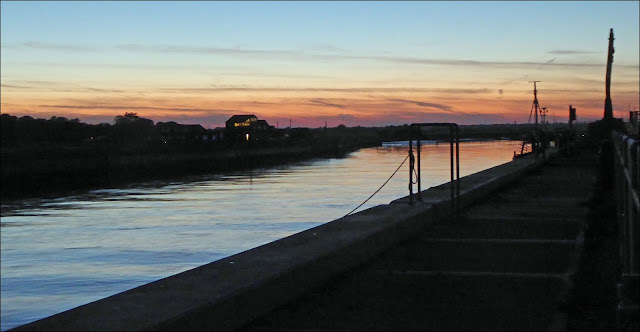 Hello Caroline, sounds like a lovely weekend. The images are beautiful. I love the views and landscape. Cool sightings of the birds and insects. Great post! Have a happy day and new week ahead!

Well that's a beautiful spot on a beautiful day. That wasp is fascinating, do those sting you like the sods infesting my roof, who are stubbornly refusing to die in the chillier nights?

Signs of autumn are creeping in now Caroline. Lovely shots of the heath and the last picture is picture postcard perfect.

Oh Caroline what a stunningly beautiful spot, the heath. And such an important area...flowers insects and wildlife depend on it. Thanks for showing me this beautiful spot!

what a lovely place!

I've also had good kestrel sightings this year, one is often hovering over grass near Musselburgh where I've rarely seen them before. On the other hand last year's Musselburgh stomechats have not been around this year....