Norfolk Festival of Nature - From Acorns to Fen Raft Spiders 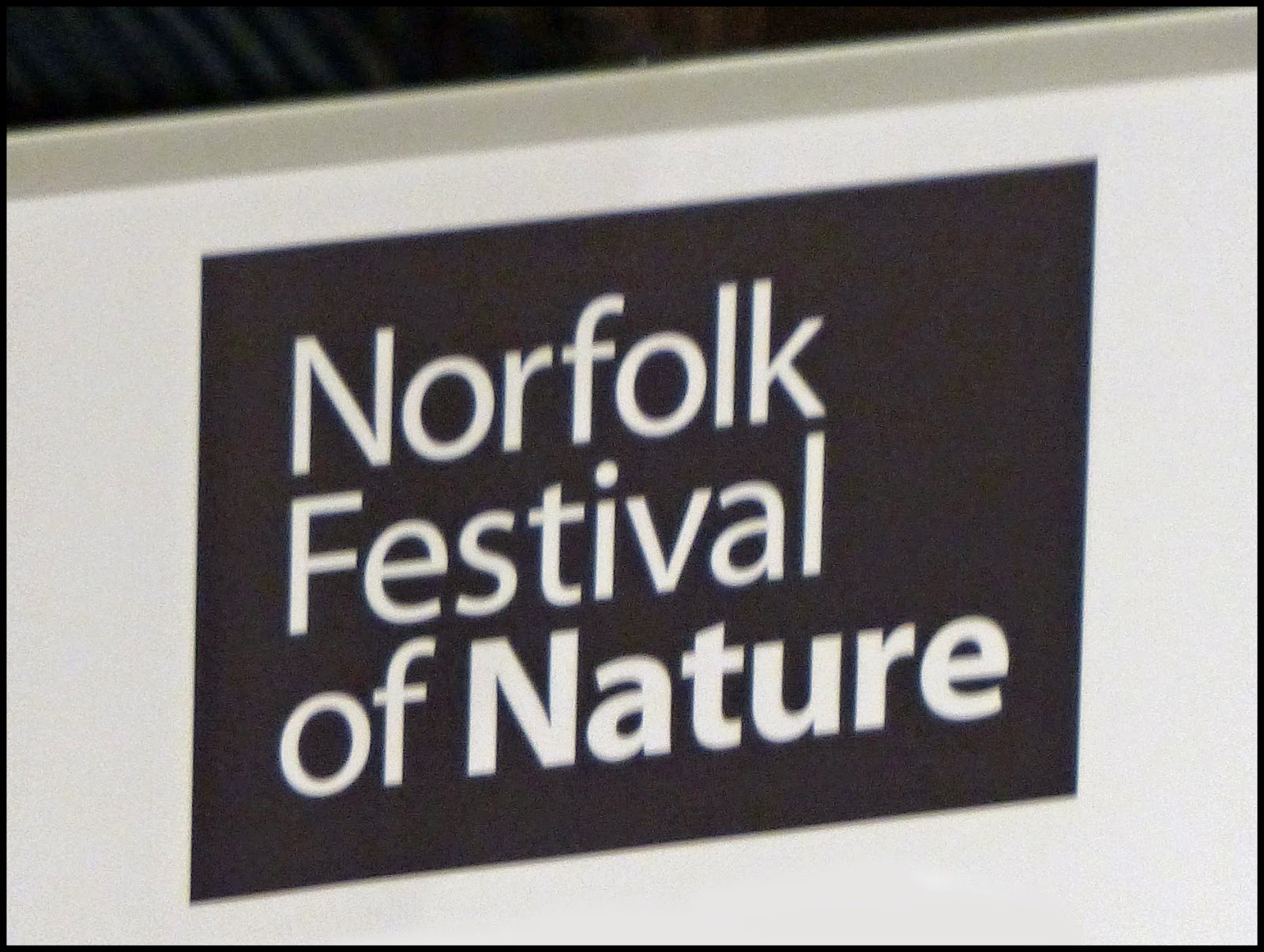 I have just returned from two stimulating days at the Norfolk Festival of Nature.

We arrived at The Auden Theatre at Gresham's on Friday evening in time for an excellent talk on the rare (IUCN Red Listed) Fen Raft Spider, which is the subject of my ZSL poem.

The speakers were Dr Helen Smith, a plant ecologist and spare-time conservationist, and Sheila Tilmouth, Artist in Residence to the Fen Raft Spider, a position that was initially funded by Arts Council England. Dr Helen Smith has headed Natural England’s conservation programme for the Fen Raft species and has carried out successful work by establishing new populations in Broadland. She is currently president of the British Arachnological Society. Helen and Sheila gave a first-rate presentation on this large spider's life cycle, sharing aspects of its struggle for survival on SWT Redgrave and Lopham Fen. You can read about their book, On the Margins: the Fen Raft Spiders of Redgrave and Lopham Fen, here and here. It comes highly recommended.

Then on Saturday afternoon I attended a Writing Workshop in the Woods, led by Gresham's English Master, Dr Jonathan Ward. This proved a fascinating experience as we encountered rain, graffiti, smoke, an open-air theatre, strong gusts of wind and a press photographer from the local paper as we made our 'way through the woods'.

We were given stimulating writing assignments and I much look forward to honing my scribbles. What a privilege to read an early woodland poem by Auden in the grounds of his old school! The workshop reading list included Harriet Tarlo's challenging anthology of radical landscape poetry, The Ground Aslant, which accompanied me on our trip.


We attended the Festival Launch with Mark Cocker, whose work I have long admired. Mark's Crow Country has to be one of my top books on the natural world on account of his precise and compelling descriptions of corvids gathering in the Yare Valley, prior to their evening roost. I am currently reading Claxton: Field Notes from a Small Planet, which is an equally stimulating read, packed with exquisite observations about a part of the world (home of my teenage years) that is close to my heart.

There were rumours that Margaret Atwood and her partner, Graeme Gibson, were going to appear on the podium to address the audience, and these proved to be true. Margaret and the panel discussed the emotive subject of losing nature words from the Oxford Junior Dictionary. The thought that the word 'acorn' could be dropped from an English dictionary caused a particularly noticeable ripple. If you are on Twitter take a look at #naturewords.

The Norfolk Festival of Nature is rapidly gaining ground. There are vast hopes, dreams and plans afoot for residencies and the like in a bid to bring the wonders - and fragility - of the natural world before the county. Dr Al Cormack is Director of the Festival of Nature and Head of English at Gresham’s. He is the author of Yeats and Joyce and several articles on contemporary literature. Before coming to Gresham’s he taught the literary modules on the MA Creative Writing at UEA.

There was a brief discussion about ways of engaging the public, perhaps particularly with the future of the Festival and the younger generation in mind. I shall watch this space with great interest. Meanwhile, I would like to express sincere thanks to all who have helped to make this year's Festival activities so thought-provoking, enjoyable and worthwhile.

The festival of nature sounds like fun. I enjoy anything to do with nature. Thanks for sharing,have a happy week ahead!

Fascinating , sounds like a good informative weekend, have enjoyed reading about it.
Amanda xx

A really great post - sounds a superb Festival and it was very enjoyable to read all about it.

I love your poem on the Fen Raft Spider - well done on being the winning entry :)

Am very envious of your attendance at a talk by Mark Cocker - I love his work in the Guardian Country Diary and have Crow Country on my Kindle :) When I can next sneakily buy a book I will be buying Claxton!