Seals and Cetaceans ~ Bottlenose Dolphins in the Moray Firth 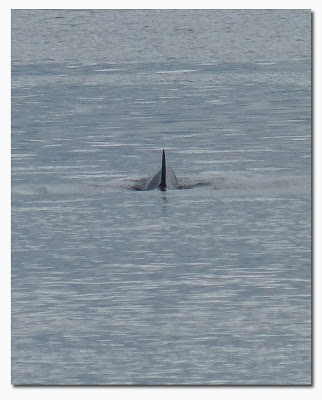 There are few things as majestic as a dolphin fin as it slices effortlessly through the water! We arrived at our picnic place on the Moray Firth on our journey south from Durness two weeks ago to find a dearth of dolphins. We were told that it was due to the state of the tide, so we returned later that day and our patience was rewarded! 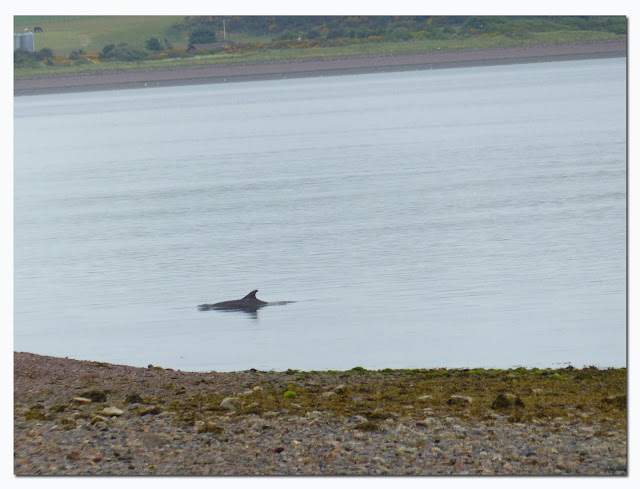 We watched the dolphins over two days, and while they were few in numbers compared to our sightings on previous occasions, we both felt that this was one of our best dolphin watches in terms of visibility, closeness to shore (remarkably close!), views of a calf ... and reasonably good weather. 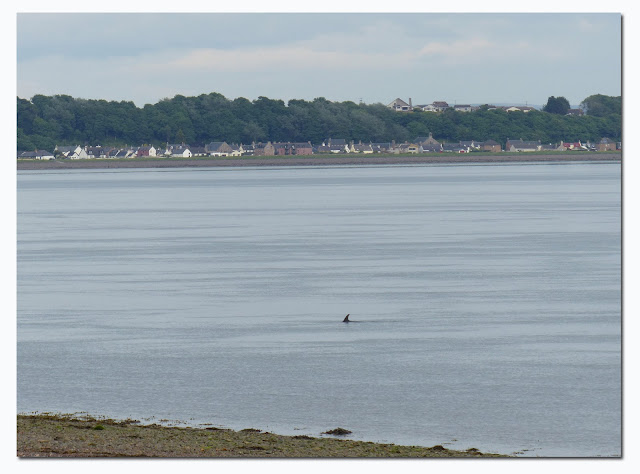 This photo shows the narrow width of the strait, so it is not surprising that the dolphins make the most of the currents when the tide is on the turn. 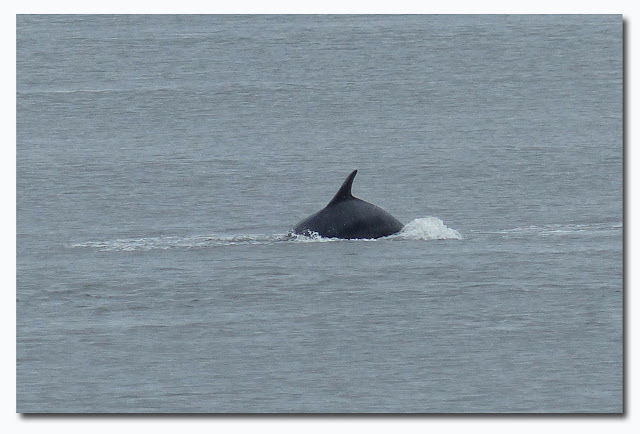 It is surprisingly difficult to get a photo of a dolphin's face in the air! By the time the creature has emerged, it is almost too late for a camera click ... 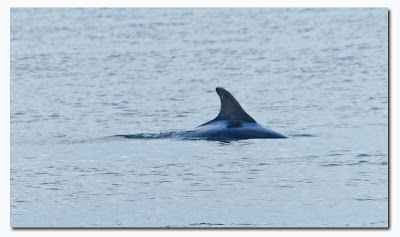 ... so most of my photos show fins in various poses and combinations. 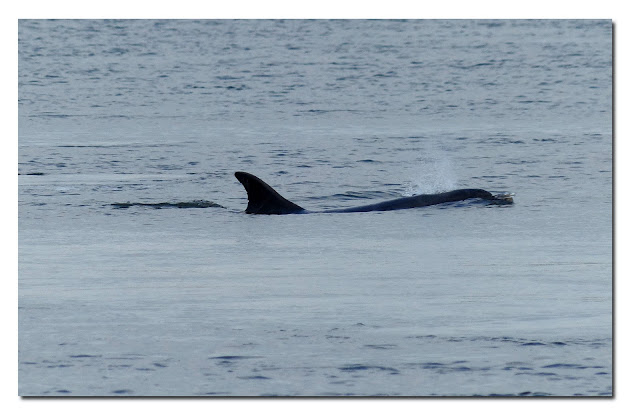 You can see the blow-hole in the picture above. I had never heard the blowing noise so clearly before. Perhaps we were lucky this time because the wind was still and the dolphins were so close to the shore. 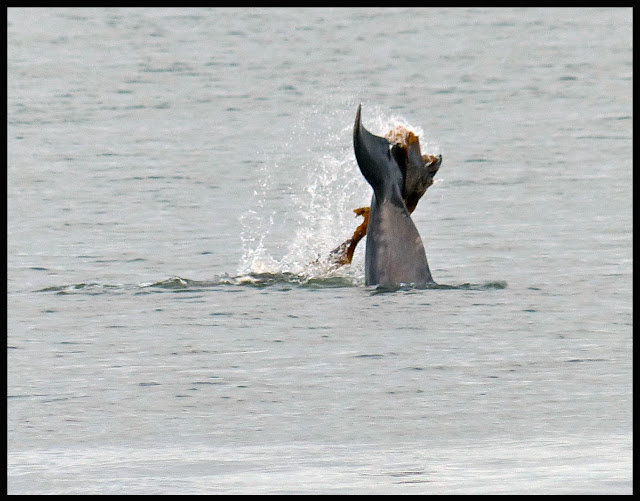 This dolphin lifted a large strand of kelp! 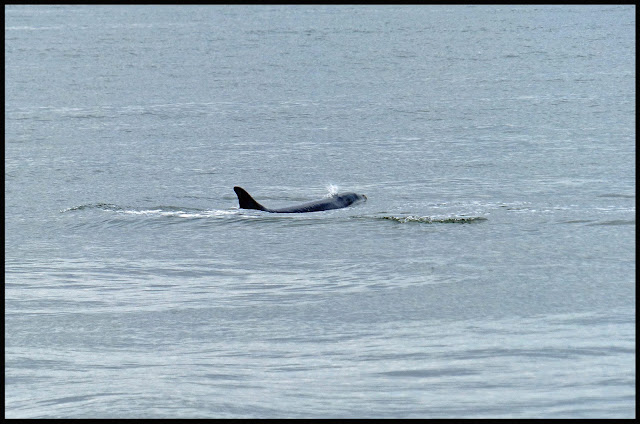 With the tide about to come in, it was time for cruising along - with a spot of fishing and more acrobatics! 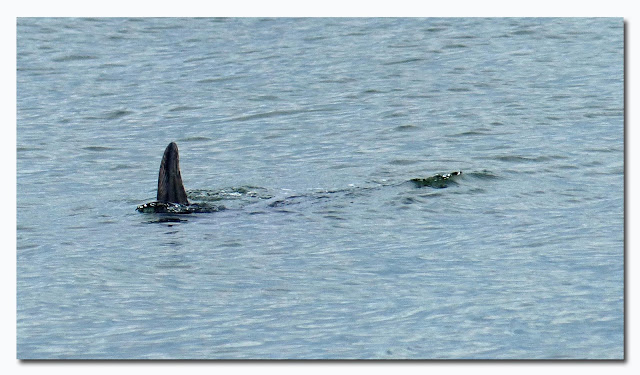 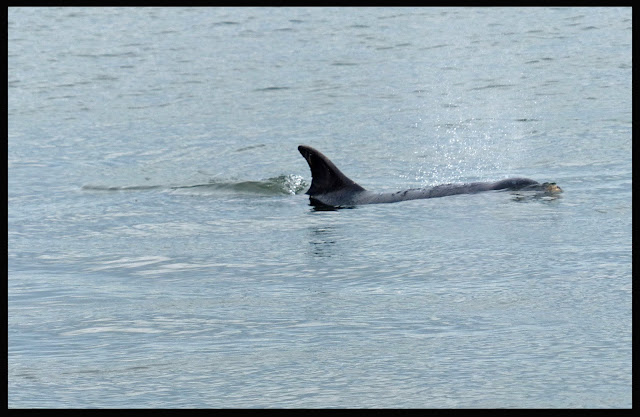 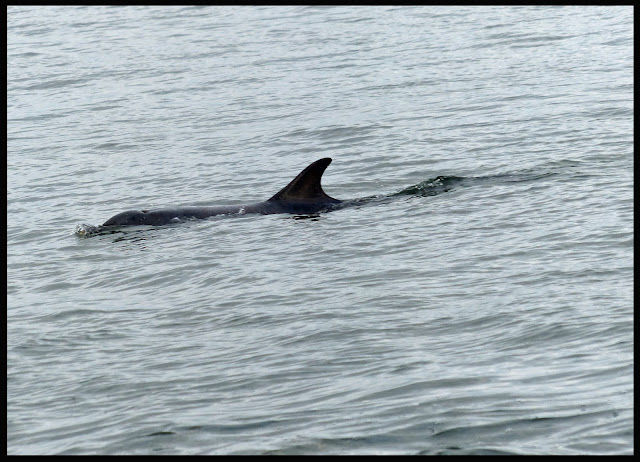 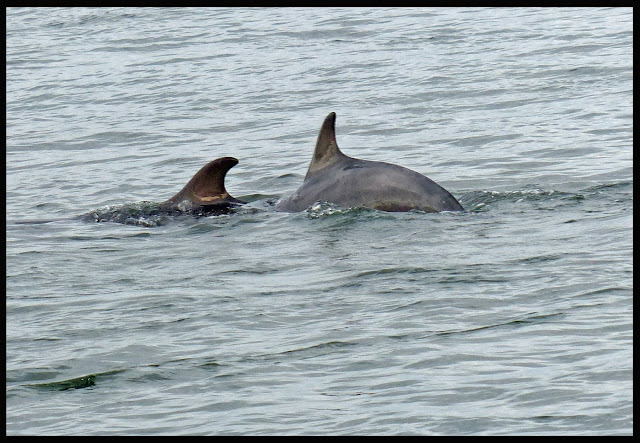 Dolphins in tandem, swimming along together. 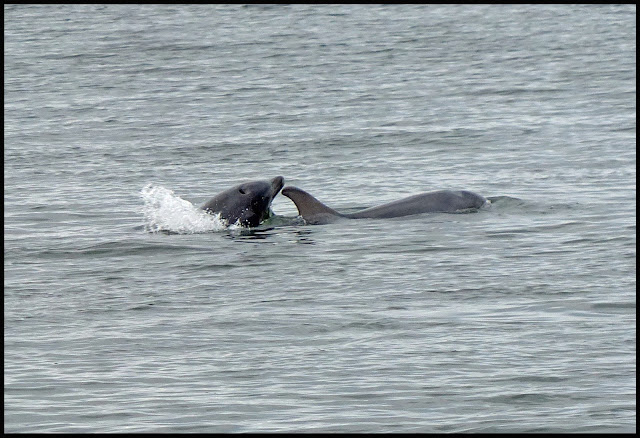 You can make a splash without a blow-hole ... 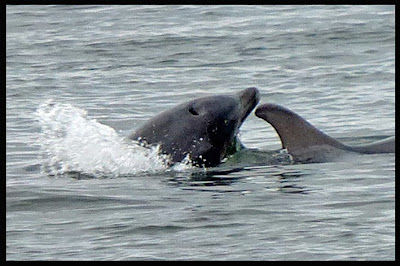 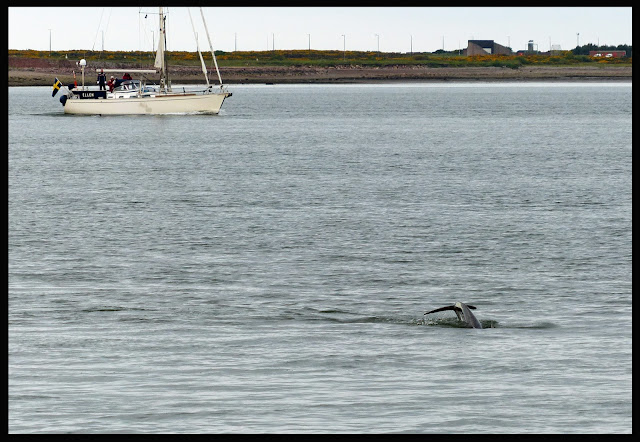 ... and those strong tails! 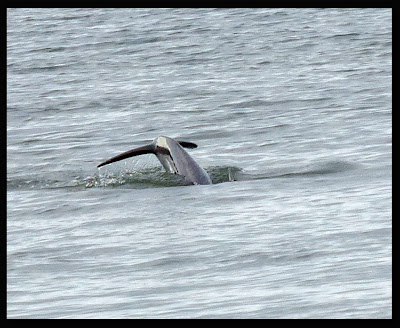 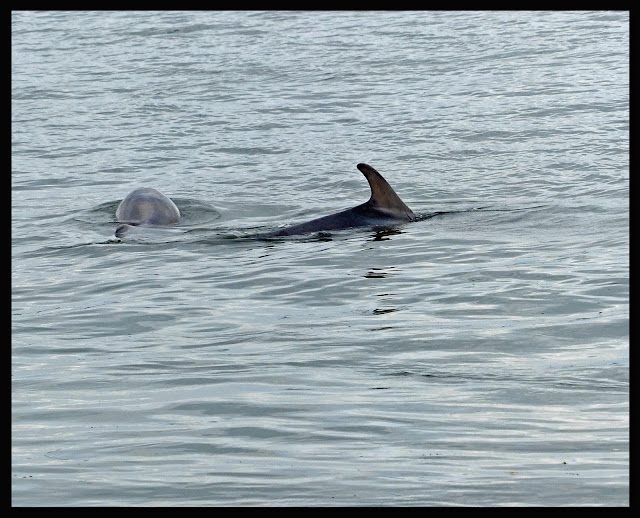 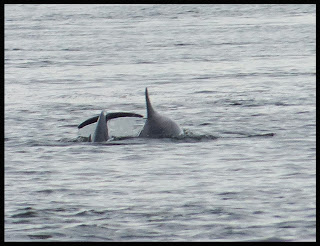 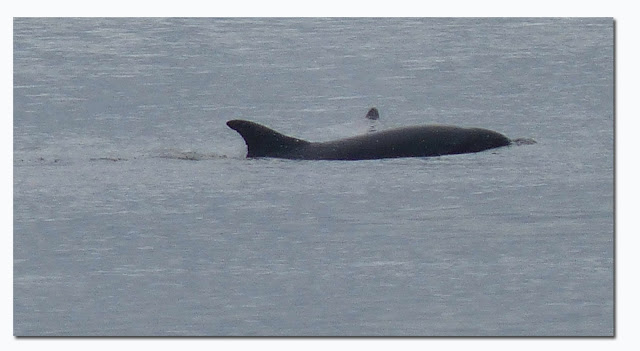 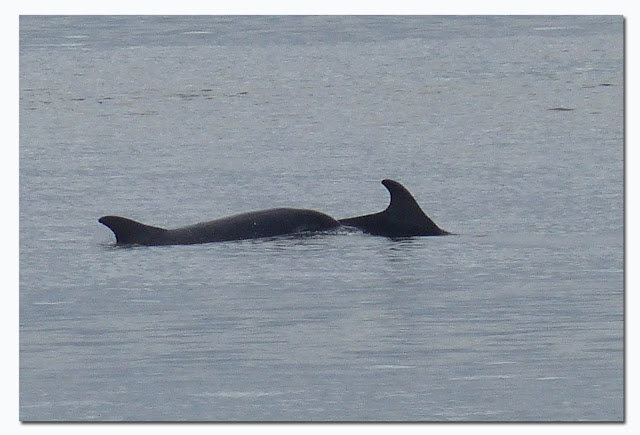 I love dolphins, they seem so cute and playful. Great shots!

oh lovely shots, I've never seen the dolphins at the Moray Firth, even though I've looked and waited....

Amazing and beautiful creatures!
Some wonderful captures here.
Thank you for sharing!

Wow, interesting post! dolphins seem in the play and lot enjoy mood. such the Magical eyes.