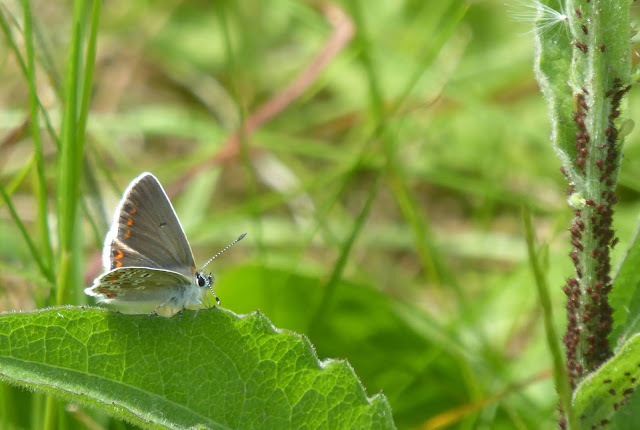 It was lunch time and I was about to go inside when something with a glossy sheen about it caught the corner of my eye. My first guess was a Hairstreak, but then I saw the wings open to the familiar chocolate-brown of the Brown Argus (or, on occasions, the female Common Blue). The not-particularly-prominent mark in the centre of the forewing makes me favour the Brown Argus, though I think it is dubious whether the diagnostic 4th spot on the outer wing is in fact present in the photo below. Despite the proximity of the Blackfly in the photo above, Brown Argus larva feed off vegetation such as Rock Rose and particular varieties of Cranesbill and Stoksbill.

We had these butterflies in our homepatch for the first time last year, so we are glad they have returned, now that the unmown grassland of a garden has gone without a mow for well over a year.

It was only when I uploaded the photograph that I noticed the bonus insect, which could be a female Thick-legged Flower Beetle.

And just a quick update on butterfly species seen in the garden to date in 2021: 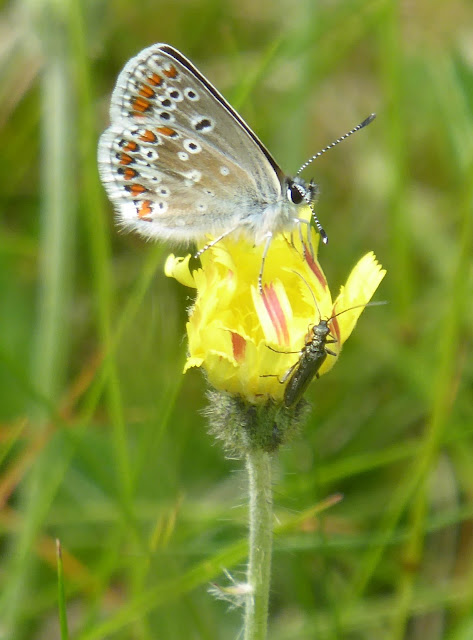 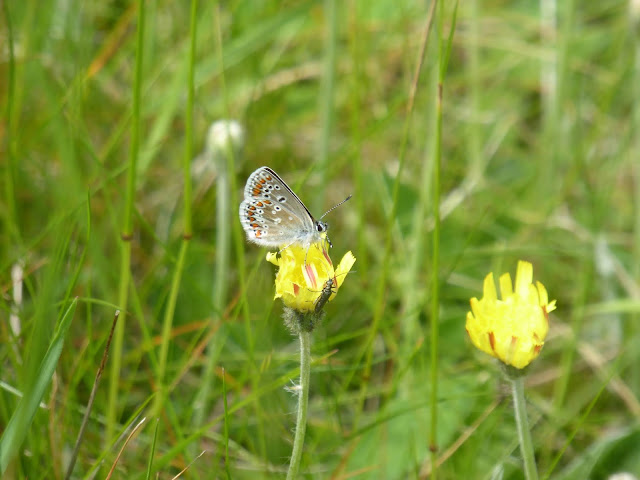