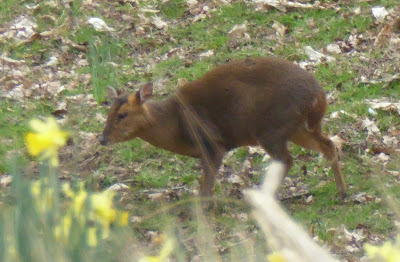 It was a very grey afternoon with a keen east wind, but we were glad nevertheless to be out in the fresh air. I had failed to check my camera, and after a couple of shots, it gave out with a flat battery. Fortunately David had our small Canon, so these photos are a mixture of his and hers!

I took the photo of the Muntjac in the first picture from a picnic bench. 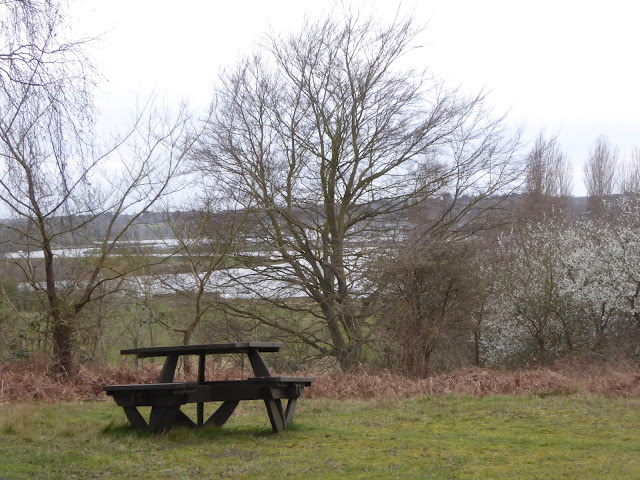 As I perched, a second deer came along. Our spirits began to lift, despite the dark clouds that were descending. 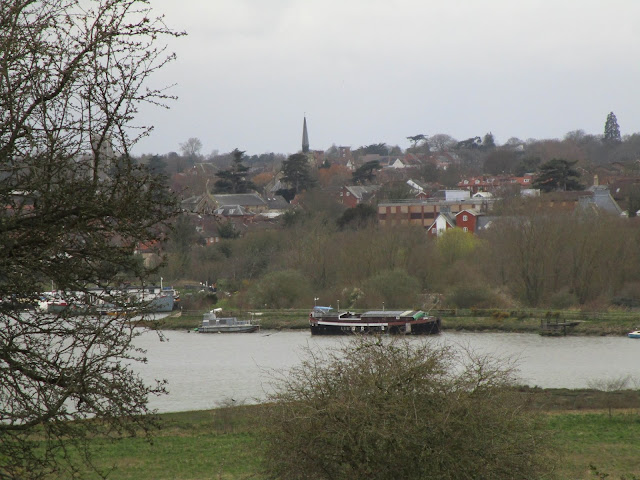 The photo above shows Woodbridge from the Sutton Hoo side of the river Deben... 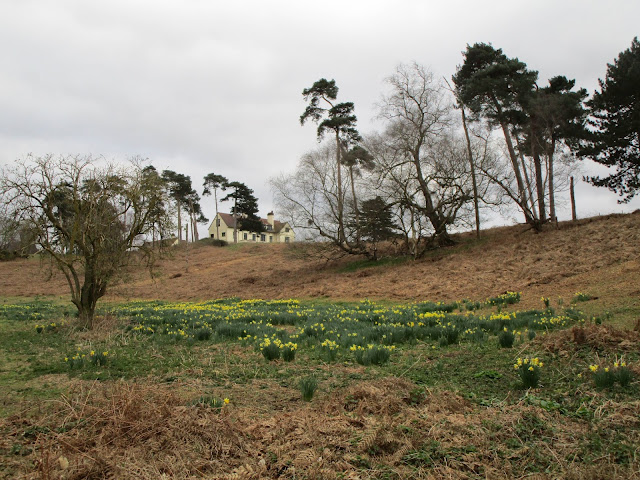 There were very few wild flowers, but the daffodils on the bank leading up to Tranmer House are beginning to look beautiful. 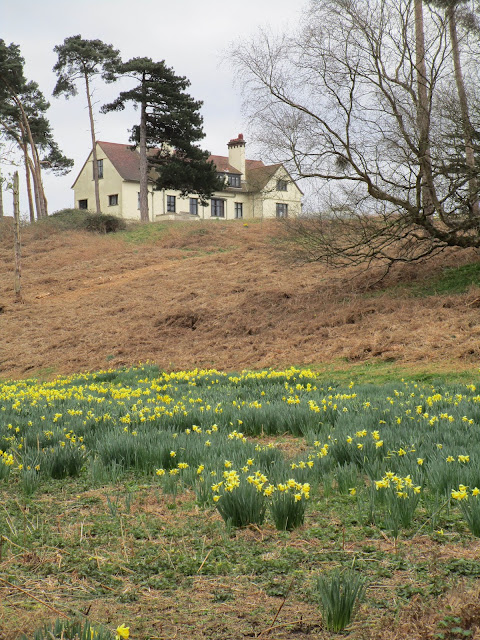 I kept my eyes open, and eventually I found a rather bedraggled Lesser Celandine. 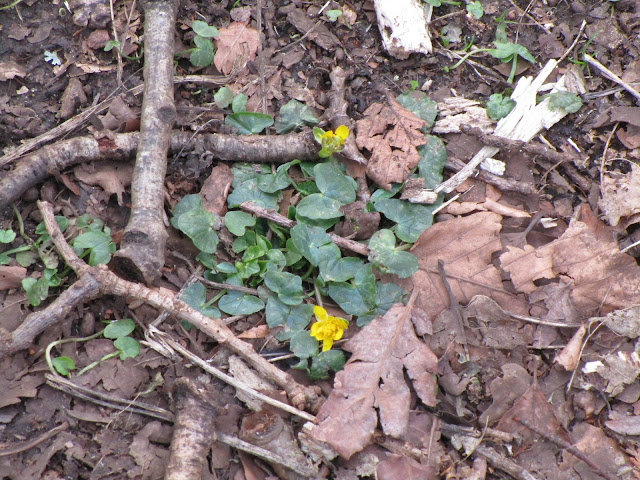 As you can tell from the photo below, it will be at its best in a couple of days time. 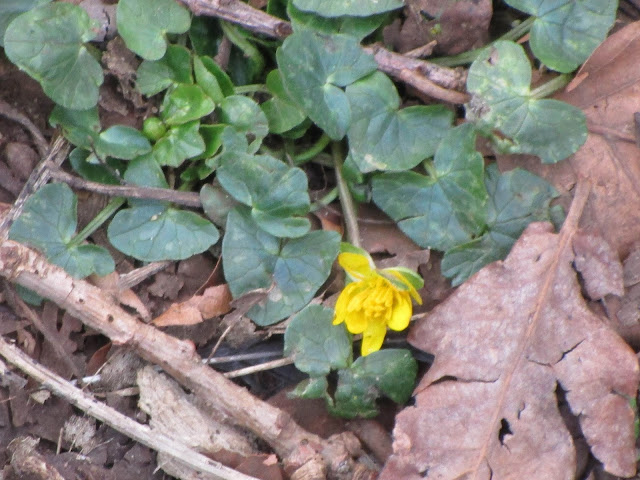 Suddenly we noticed the distinctive white wings of a Barn Owl... 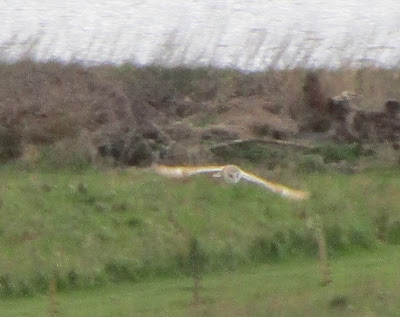 It was quartering large expanse of grass beside the river. 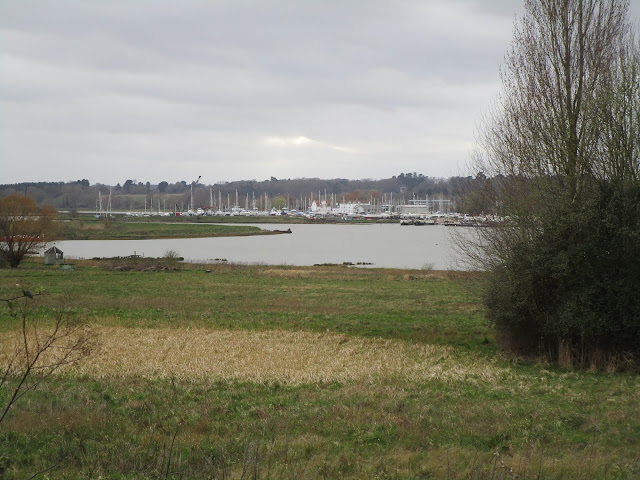 The owl was very active and I began to wonder if it would ever come to rest. 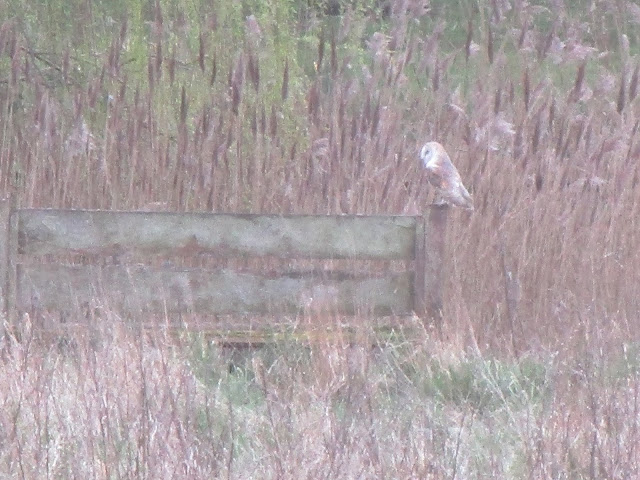 Eventually it landed on a post at some distance from us... 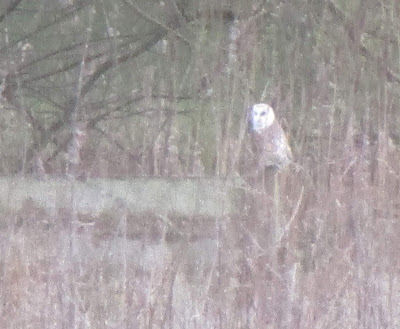 ...before swooping off again. 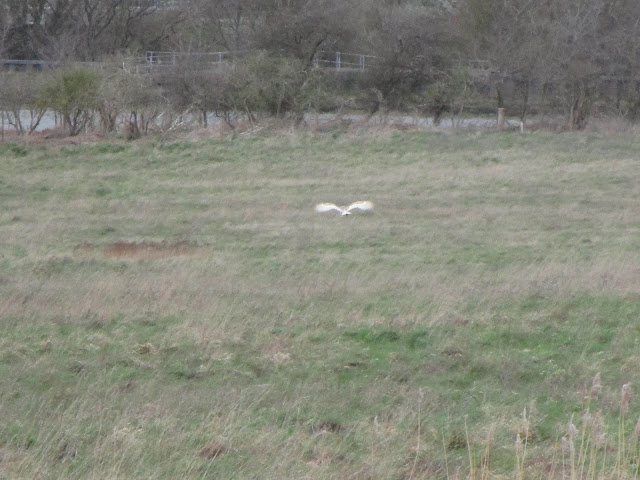 The photo below, taken in very muted conditions, helps to show just how well the bird blends in with the reeds. 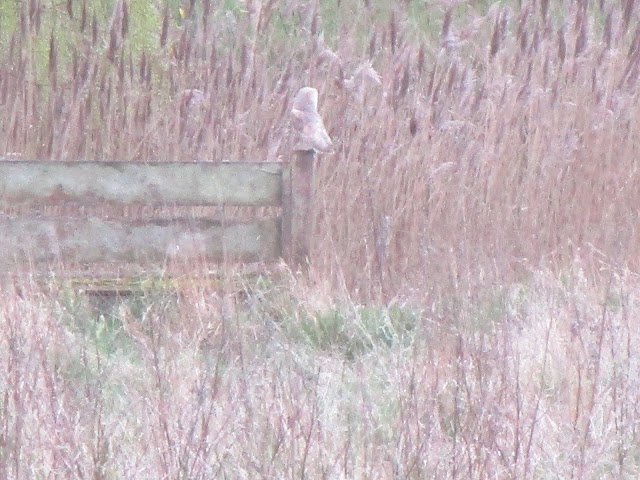 Wildlife sometimes takes us by surprise: this beautiful Barn Owl transformed a rather unpromising afternoon. 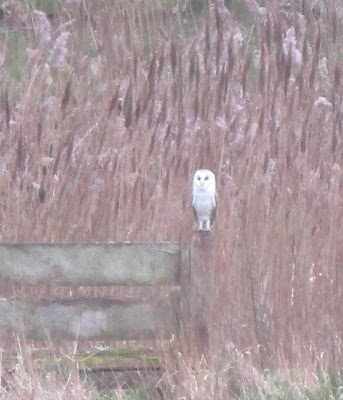 Hope the Barn Owl did catch something in the end - aren't they just beautiful to watch. I saw one here recently that was frantically flying and diving into the grass - nine times it flew down, hard to tell, but I think on that dive it was successful.