A Winter Afternoon at Shingle Street 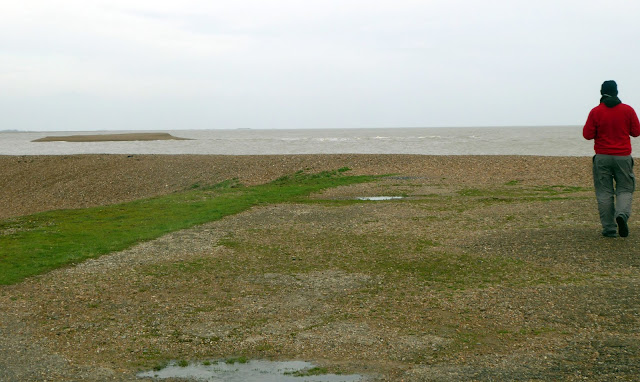 Some of you may know Shingle Street or may know of it from Blake Morrison's poetry collection of the same name. For me it epitomises what is wild about the Suffolk coast. It can be bleak, and rumour has it that the bitter east winds blow in from Siberia. The ruggedness is what draws us back. We have watched seals here, though there were none in evidence this afternoon. 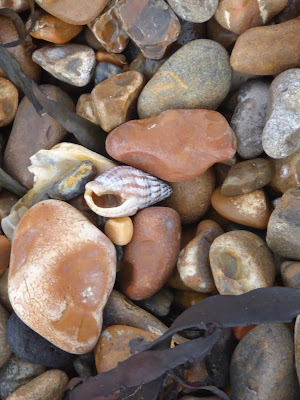 Visibility was cloudy but quite good on the shore, as you can tell from the photo above. The picture further up the coast was a bit different: in the photo below you can just make out the Orfordness Lighthouse through a rather otherworldly haze. 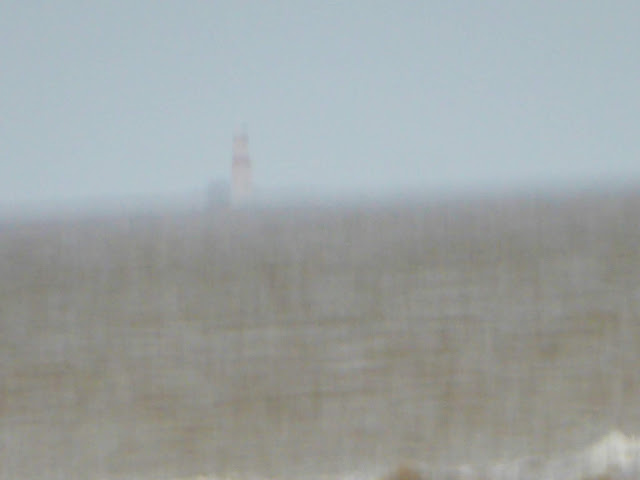 The sun kept coming and going during our time on the beach. The next photo shows the shoreline in the foreground, then the shingle spit, with Orfordness in the distance. You can make out the red and white bands of the decommissioned lighthouse more clearly in this shot. 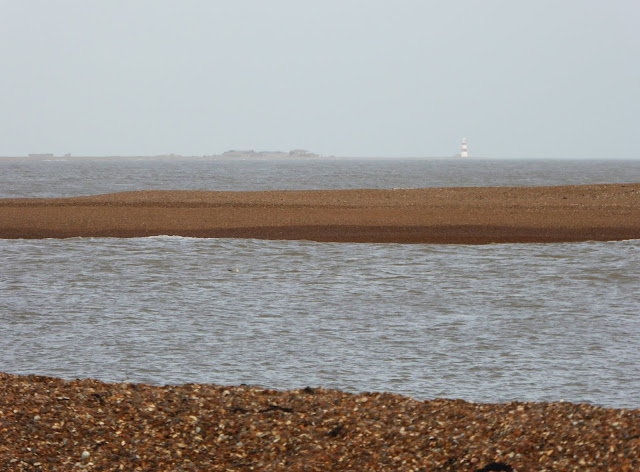 There appeared to be very few birds about except for the gulls, two Redshanks in the tidal stream and the strings of Cormorants who flew past in a southerly direction.

The picture of the red and white bell-buoy below was taken with my zoom extended. 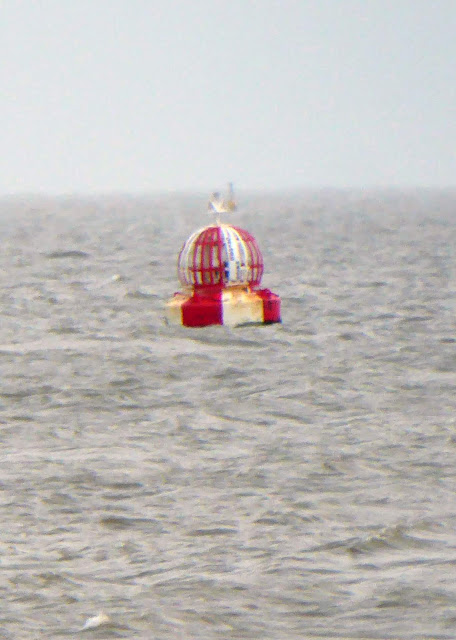 There were quite a few empty shells mixed in with the shingle... 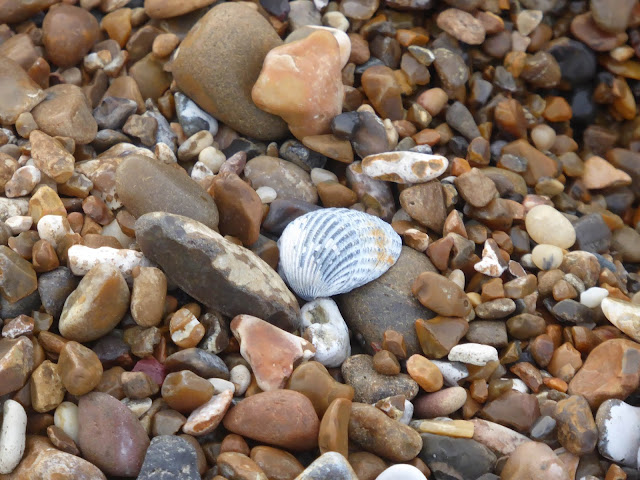 ... like this Oyster shell in the photo below, suggesting that the gulls had found some easy pickings. 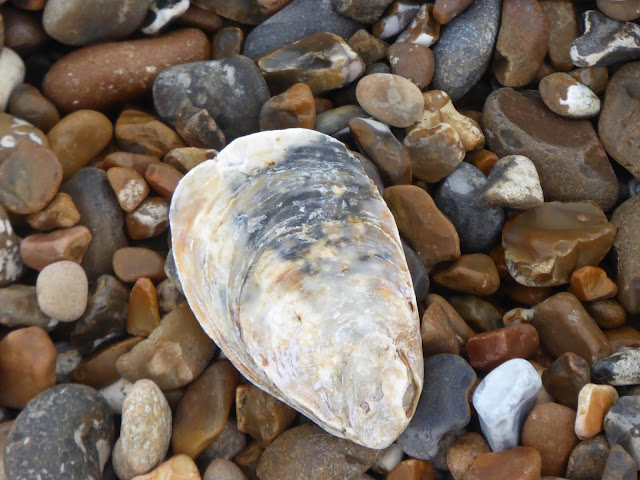 It would be wonderful if there were seals hauled out on this sandbar next time... 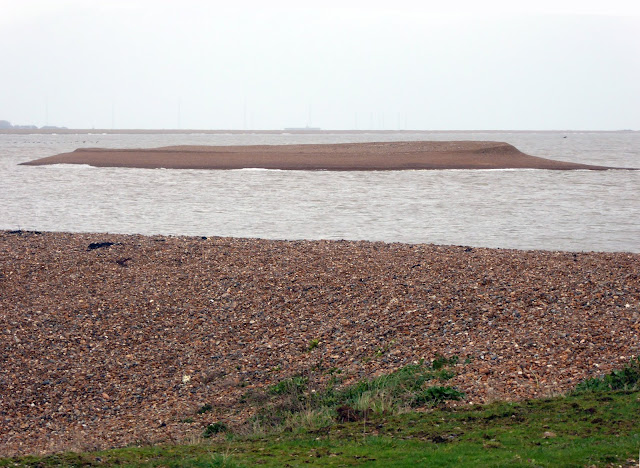 The tide was on the low side, but was not particularly low. 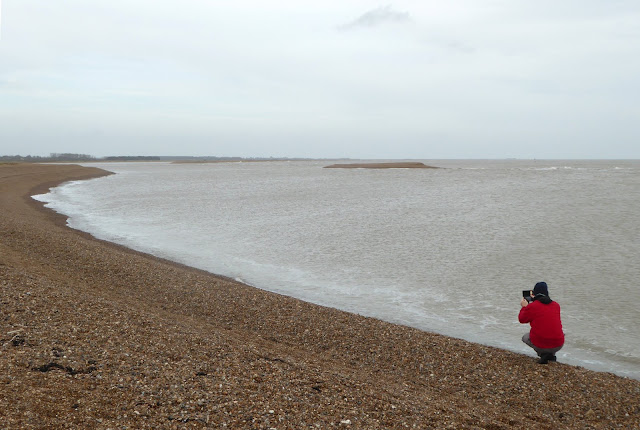 This next picture shows a brackish pool, surrounded by a covering of green salt-resistant vegetation. There are many rare plants at Shingle Street. 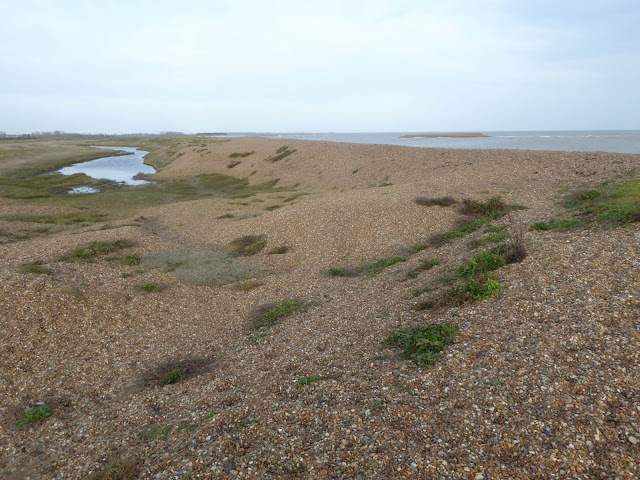 To the right of the Whelk you can see some small green leaves beginning to reappear. 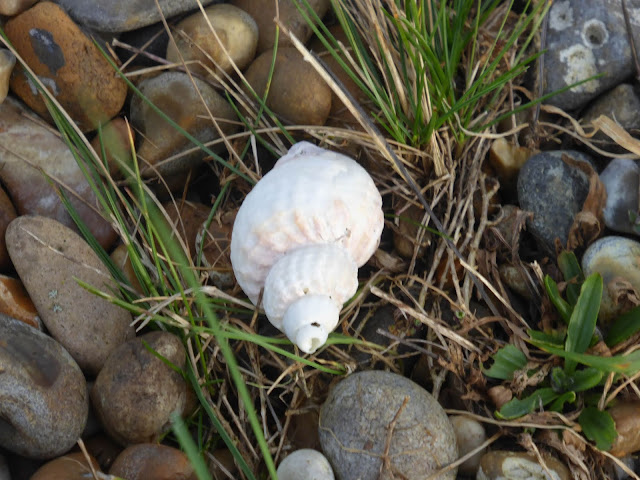 There were one or two toadstools in the mossy areas, and while I know they can favour damp conditions, I was surprised to find them tolerant of the salt. 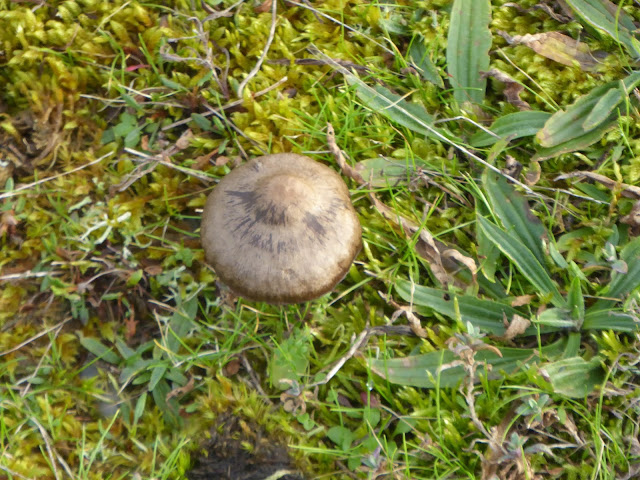 I am not sure I have been able to identify the succulent-like plant (Sedum Acre, Biting Stonecrop?) in the photo below yet, but it was beginning to grow in all directions. There is a good vegetation list for the area here. 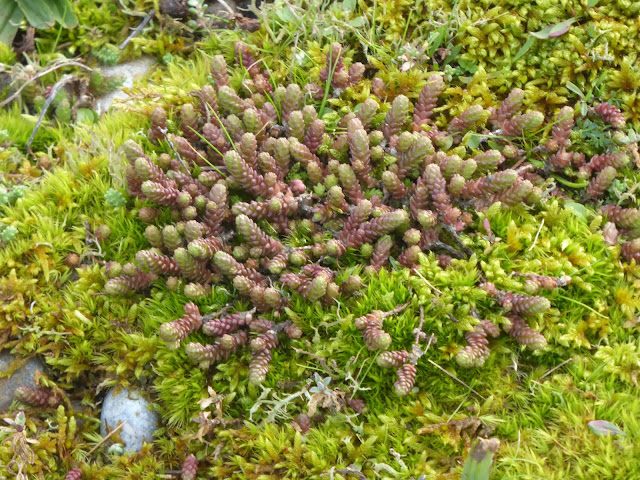 How's this for an empty beach! 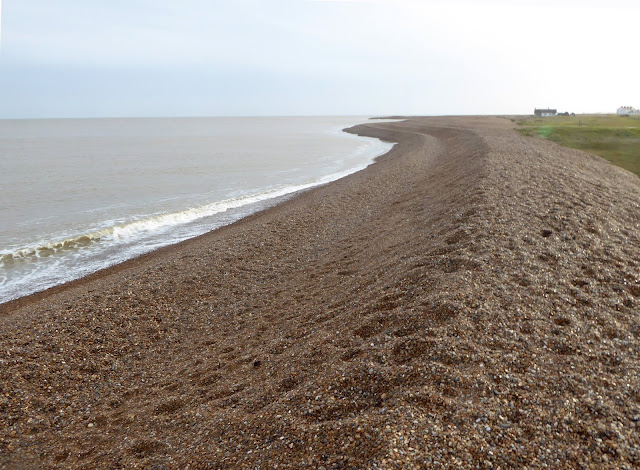 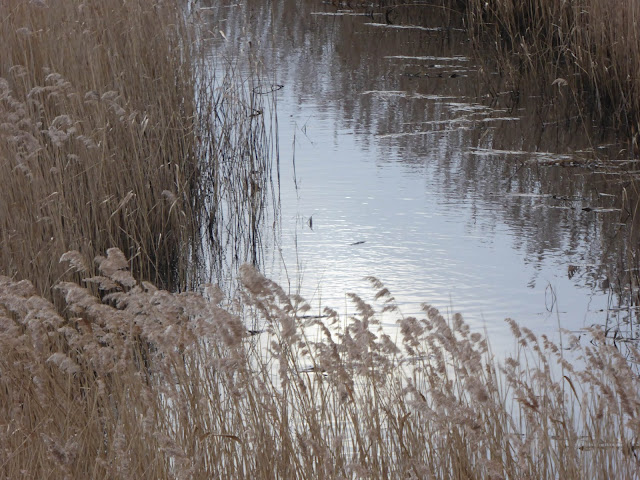 It was time to head home for a cup of tea. 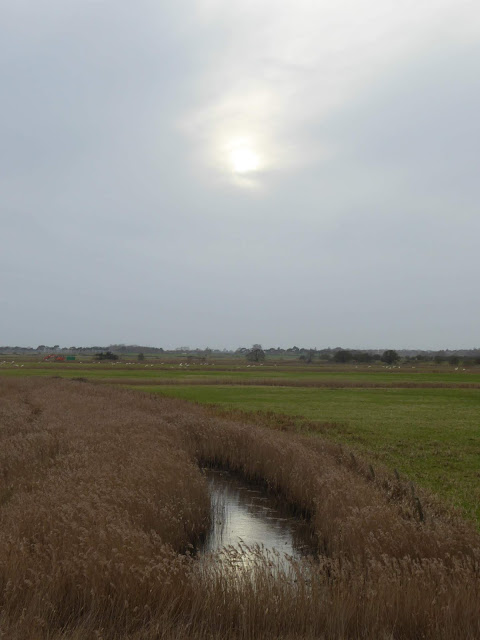 You are so fortunate to have a coastline like this. Shells laying loosely is rare along the United States coastline as people get out early to pick them up. A lot of time for sales. I am going to look this place on the internet maps. This is a new area to learn about for me.

It looks so "wild" and atmospheric there :) Lovely to see the shingle and shells. Would so like to visit Suffolk one day - my son is really keen on visiting Sutton Hoo and Bungay. Hope you see seals there again soon.

That really is an empty beach!
Nice to see the shells in your photographs, our youngest grand-daughter loves to collect shells.